Top Posts
Challenges Remain, But There Are Opportunities to Be Had in...
Interview with Mr. Olukayode Pitan, Chief Executive Officer and Managing...
Commodities Outlook for 2023
The Value of Cash in a Time of Crisis: How...
The US-Africa Leaders Summit: Fostering a Closer Relationship with the...
Three Key Sectors in Which to Invest in 2023
Home Finance The Impact of Conduct
Finance

The Impact of Conduct 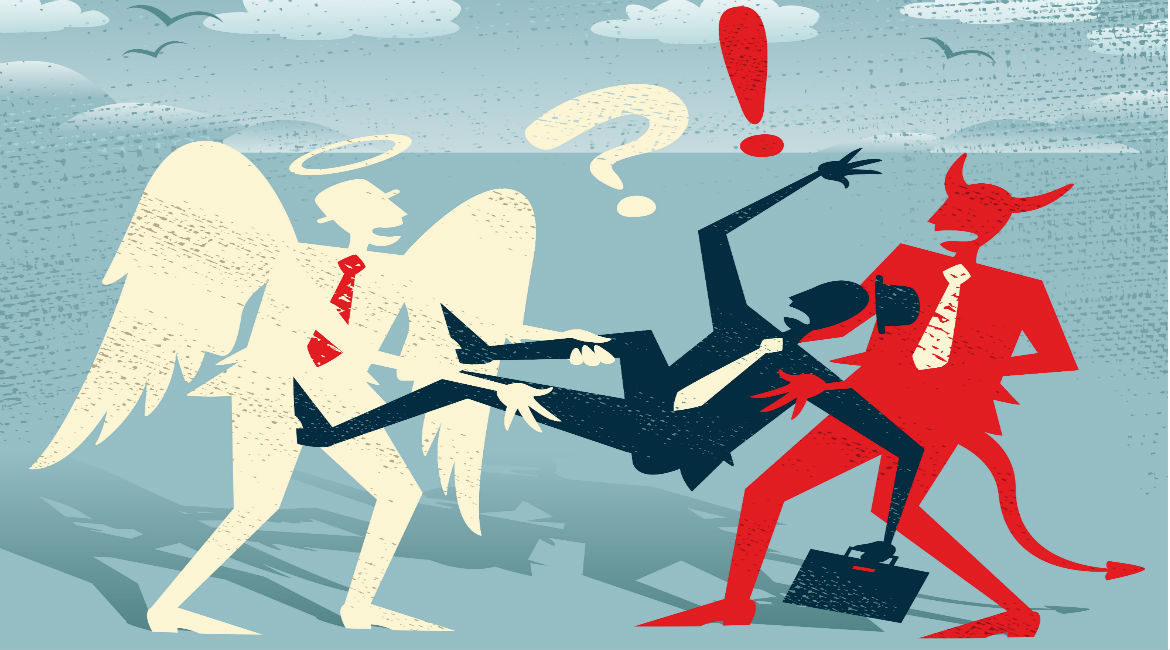 Conduct at the top sets more than the example. What will the staff think?

Conduct in any organisation, including banks, has always been about what those at the top do, rather than what they say. In an ever more transparent world, the most senior managers and board members need to take heed, practice what they preach and be mindful of the impact their actions have on those below.

I remember my first experiences with senior officers as a bank trainee. Seeing their large offices from my little trainee’s desk inspired me to increase my career aspirations. But when it came to their extravagant travelling expenses, it quickly became quite clear to me that expenses on the road were less of an issue than the bank’s policy made out. Our risk policies were unquestionably thorough, but when I witnessed senior managers make “exceptions” related to increased risk, I revised my understanding of our management’s priorities.

Junior employees will always seek to learn from the examples of their seniors—and rightly so. Hence, the conduct of senior figures impacts not only on a bank’s reputation externally, but also on the development of their less senior colleagues.

What kind of example is set by a senior figure who has been promoted for excellent results but is known to peers and junior colleagues for cutting corners or taking unnecessary risks? Perhaps he or she figured out a way to “navigate” the bank’s risk and conduct controls? Did he or she somehow skip out of all the required conduct training due to “business critical” requirements? How aware are those above of such career strategies and omissions?

Yet, the perception that variances of these actions are accepted can send a devastating message about culture and priorities, regardless of formal conduct policies.

Complexity is no excuse.

This is the obvious stuff, but how are more complex issues perceived? Executive payment plans, for example. Their notorious complexity may imply that senior figures receive success payments regardless of their actual performance—not a very motivating prospect for the rest of staff. On top of that, non-disclosed conflicts of interest at senior levels could also be catastrophic if they come to be viewed as acceptable practice. And if word gets out of executives attempting to circumvent the procedures designed to prevent misconduct of this kind, the ramifications are far-reaching—senior-leadership teams and regulators should certainly expect to lose the wider organisation’s confidence in those procedures, at the very least. The complexity of all of this is mindboggling.

Management may need large offices for all of the meetings they host; they may spend money on the road more freely due to intensive time constraints; and, most importantly, they should be concerned with returns relative to risk that justify risk exceptions. They may well have circumvented procedure for exceptional, valid or approved reasons; and perhaps their complex pay plans are justifiably complicated and their performance merits a high bonus.

My point is that these issues are simply not perceived the same way throughout an organisation, and, regardless of communication efforts, they will never be. The strategic (not physical) distance from board level to the wider organisation is too great—magnifying issues and infractions that senior executives face. The first response among most employees to a senior officer abusing a practice (and being caught) tends to be: “Well, I would have been treated more harshly”. Do boards and senior managers understand this? It seems unlikely, and, if they do, they often don’t make moves to address the issue.

Beyond setting the example, there’s a vast distance between strategic decisions taken at board and senior-manager levels and the wider organisation that may also lead to vast conduct risk; again, boards often appear deaf to the signals of this disconnection.

The first time I was asked to lead a small-business unit, I was told the job was to increase revenue by 10 percent. I asked the basic “how” or “advice” question on whether I should focus on more customers or more products, and I received a kind of “just do it; it’s been decided” set of instructions. Every manager has experienced this—but extend the example to recent conduct challenges at the US bank Wells Fargo.

Targets set at the top were relatively simple, but seemingly unachievable at the customer level. Middle and lower managers had routinely, and illegally, stretched for years to achieve the unrealistic goals, without their behaviour being noticed by the very top. Thousands were dismissed over the years, a prominent newspaper wrote about the process, yet it appeared that the board of directors simply accepted senior managers’ bluffing or ignorance of the issue. Oops!

Yet, perhaps the ultimate conduct failure and the worst signal sent from the top are the immaterial punishments for infractions often levied on those in senior positions when they cross a line. Of course, these are often a bank’s most talented individuals and are certainly critical to retain—but perhaps a key question of our times is how critical? Returning to Wells Fargo, its board’s initial reaction to their multi-year opening of fraudulent accounts was to dock their CEO $41 million in shares, but not dismiss him—consider this in comparison to accounts suggesting his pay over the scandal period exceeded $200 million. The dismissal decision only occurred a month later, after increasing shareholder pressure. How could his retention be a reasonable response after a scandal that admitted to the opening of millions of fraudulent accounts, coupled with the dismissal of thousands of employees?

Wells Fargo’s discipline issue was and is not unique, and boards’ consideration of disciplinary measures shouldn’t be limited to only legal settlements. In the United Kingdom, over the past few years, senior managers in various banks have been reported to have not complied with conflict-of-interest rules, had special remuneration arrangements, attempted to bypass internal compliance procedures and had challenging personal issues exposed in the press and social media. The latter isn’t about running a bank; but in today’s world, in which people and institutions appear visibly connected, personal issues can regrettably reflect on an institution and ultimately show a failing among leaders to adhere to the higher standards expected of them. Undoubtedly, the limitations on privacy in our electronic world have created a greater constraint and higher standard on business leaders that require greater awareness.

Senior executives should set an example.

Finally, as at Wells Fargo, and perhaps most importantly, incidents and infractions at the top are typically addressed through temporary pay sanctions—with larger bonuses next year, apologies and messages along the lines of “we’ve reviewed this with the shareholders”. But for those throughout the wider organisation, such disciplinary measures may often look like such behaviour is tolerable until someone gets caught out—or that the more senior the figure, the more flexible the organisation is in applying its own rules. Any of these can be poison to a business.

Senior figures should take heed: you’re setting an example in virtually everything you do – whether you realise it or not. Regulators should also take note that the short-term pay sanctions, apologies and shareholders not rocking the boat about incidents and infractions may be the signal of very short-term solutions and hint at the build-up of long-term problems.

The Future of Banking in Ecuador—Accelerating Progress

Why Has the US Dollar Been Consistently Falling Throughout 2017?