Top Posts
Challenges Remain, But There Are Opportunities to Be Had in...
Interview with Mr. Olukayode Pitan, Chief Executive Officer and Managing...
Commodities Outlook for 2023
The Value of Cash in a Time of Crisis: How...
The US-Africa Leaders Summit: Fostering a Closer Relationship with the...
Three Key Sectors in Which to Invest in 2023
Home Finance The Impact of COVID-19 on Global Poverty
Finance

The Impact of COVID-19 on Global Poverty 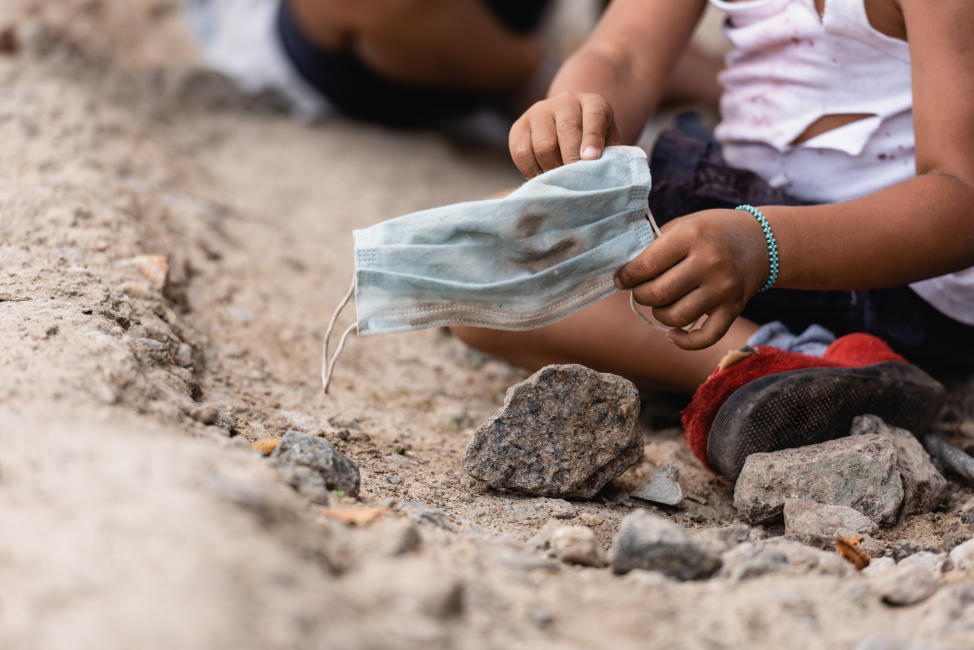 When it comes to COVID-19’s influence on global poverty, the numbers are sobering, to say the least. According to World Bank estimates, a massive 97 million people fell into poverty in 2020 due to the pandemic, such that their daily incomes dropped below $1.90 and remained there throughout much of 2021. “Globally, the increase in poverty that occurred in 2020 due to Covid still lingers, and the Covid-induced poor in 2021 continues to be 97 million people,” the World Bank stated in June. As such, the global poverty rate rose from 7.8 percent to 9.1 percent, according to the World Bank’s October 2021 findings, which concluded that globally, “three to four years of progress toward ending extreme poverty are estimated to have been lost”.

These alarming numbers only further illustrate the two-tiered global economic recovery that has emerged from the pandemic, with the growth rates of developing countries significantly lagging those of developed ones. Between 2019 and 2021, the average income of the bottom 40 percent of the global income distribution fell by 2.2 percent, compared with just a 0.5-percent decline for the top 40 percent, the World Bank observed in October, underlining how much more acutely the world’s poorest have experienced the pandemic. The World Bank also found that the impact on the incomes of the bottom 40 percent of global income earners has been more than double the impact on the top 40 percent.

Indeed, worldwide poverty rose so dramatically during those two years, the pre-pandemic trend of contracting global inequality has been decisively reversed. “The increase in inequality reflects the fact that the COVID-19 crisis worsened an already weak growth environment for the poorest countries,” according to the World Bank, which attributed the widening disparity to the fact that incomes of the lowest-income group have failed to significantly recover—and, indeed, deteriorated further for the very poorest in 2021. The highest-income group, meanwhile, recovered more than 45 percent of their initial income losses by September.

As for the world’s children, the United Nations Children’s Fund (UNICEF) stated in December that the pandemic was the single worst crisis that the UN agency had dealt with in its 75-year history. According to the recently published UNICEF report “Preventing a lost decade: Urgent action to reverse the devastating impact of COVID-19 on children and young people”, a shattering 100 million additional children are estimated to now be living in multidimensional poverty due to the pandemic, which is 10 percent more than in 2019. “This corresponds to approximately 1.8 children every second since mid-March, 2020,” UNICEF added, with the report also warning of a long path towards regaining lost ground. “Even in a best-case scenario, it will take seven to eight years to recover and return to pre-COVID child poverty levels.” Approximately 60 million more children now live in financially poor households compared to before the pandemic.

So, why is this the case? Why are developing nations being outpaced by more advanced economies to such a glaring extent? It would seem that much of the reason why COVID-19 has had such an outsized impact on lower-income nations can be attributed simply to much lower vaccination levels being recorded in those nations. Indeed, vaccine inequality has been among the most devastating features of what many deem to be a wholly inadequate global response to the pandemic. Many of the highest-income countries have been accused of hoarding vaccines to enable them to inoculate their populations many times over, whilst many of the poorest countries still remain incapable of administering first shots to their people.

Much of the responsibility for this disastrous imbalance thus lies with the failure of developed nations to fulfil their pledges to share vaccines with the developing world. And many people still struggle to obtain and pay for healthcare, pushing a substantial number further into poverty. “In 2020, the pandemic disrupted health services and stretched countries’ health systems beyond their limits as they struggled to deal with the impact of COVID-19. As a result, for example, immunization coverage dropped for the first time in ten years, and deaths from TB and malaria increased,” the World Health Organization (WHO) noted in December, having compiled research with the World Bank showing that the pandemic is likely to have stopped two decades of global progress towards universal health coverage (UHC).

The evidence they gathered also showed that even prior to the outbreak of COVID-19, more than half a billion people were pushed into—or further pushed toward—extreme poverty because they have had to pay for health services out of their own pockets, with the pandemic now likely to have exacerbated the situation. “The pandemic also triggered the worst economic crisis since the 1930s, making it increasingly difficult for people to pay for care,” the WHO added. “Even before the pandemic, half a billion people were being pushed (or pushed still further) into extreme poverty because of payments they made for health care. The organizations expect that that number is now considerably higher.”

But vaccination and healthcare issues are just a part of the story, albeit a significant one. The pandemic has also severely restricted the capacity of developing populations to generate income for their families. West Africa provides just one example of this problem. According to research published in January by the Economic Community of West African States (ECOWAS) in partnership with the West Africa Sub-Regional Office of the United Nations Economic Commission for Africa (UNECA) and the United Nations World Food Programme (WFP), the number of those living on less than $1.90 a day in Western Africa increased by nearly 3 percent in 2021. The report highlighted how restrictions introduced to contain the impacts of the virus, such as border closures, movement restrictions and disruptions in supply chains, had severely limited income-generating activities and further elevated food prices. Those who lacked stable income choices, such as small traders and casual workers, had been particularly hurt.

As such, the report emphasised that more than 25 million people in West Africa are now failing to meet their basic food needs, which is 34 percent higher than in 2020. “The Coronavirus health crisis has particularly annihilated the benefits gained by ECOWAS and its Member States in the fight against food insecurity and malnutrition,” said Sekou Sangare, ECOWAS commissioner for agriculture, environment and water resources. “Even if we are happy with the governments’ response through the mitigation actions they have taken, we have to worry about the residual effects of the health and economic crisis as they are likely to continue disturbing our food systems for a long time while compromising populations access to food due to multiples factors.”

Can such a gloomy outlook for global poverty be brightened in the near future? Again, it would seem that boosting vaccination rates in lower-income countries lies at the heart of the solution. Only once a critical vaccination threshold is reached can countries fully open up their economies again. “We need to make sure that everybody has access to vaccines or some sort of treatment for the pandemic, because till you manage to control the health shock, it’s very hard to think about economic recovery, right?” Carolina Sánchez-Páramo, global director of poverty and equity at the World Bank, explained to CNN in December. “That’s almost like a necessary condition for anything else to happen.”

Indeed, higher vaccination rates are proving crucial in helping labour markets to recover. “Progress in vaccination has emerged as a critical factor for labour market recovery. In early October, the share of fully vaccinated people globally reached 34.5 percent—however, with considerable differences between high-income (59.8 percent) and low-income countries (1.6 percent),” the International Labour Organization (ILO) stated in October. “Higher vaccination rates are associated with less stringent workplace restrictions. Overall, workplace closures have become increasingly targeted at specific areas and sectors.” The ILO also found that for every 14 persons fully vaccinated in the second quarter of 2021, one full-time equivalent job was added to the global labour market. “This implies that the slow roll-out of vaccination in developing countries has been retarding labour market recovery, increasing the divergence between countries,” the UN agency added.

Developing countries should also refrain from withdrawing fiscal supports too soon if possible, with Sánchez-Páramo arguing that governments should wait at least until employment numbers begin to recover, which, in turn, should prevent further jumps in poverty numbers. This is easier said than done, however, as governments worldwide continue to come under increasing fiscal pressures as their debt burdens soar amidst higher spending, weak economic recoveries and sluggish resource mobilisation.

When ‘Tradition’ is No Longer a Priority, How Banks Are Building Authentic Experiences for Customers