Top Posts
Challenges Remain, But There Are Opportunities to Be Had in...
Interview with Mr. Olukayode Pitan, Chief Executive Officer and Managing...
Commodities Outlook for 2023
The Value of Cash in a Time of Crisis: How...
The US-Africa Leaders Summit: Fostering a Closer Relationship with the...
Three Key Sectors in Which to Invest in 2023
Home Finance The Junta’s Desperation to Bolster Reserves Underlines Myanmar’s Acute Economic Woes
Finance 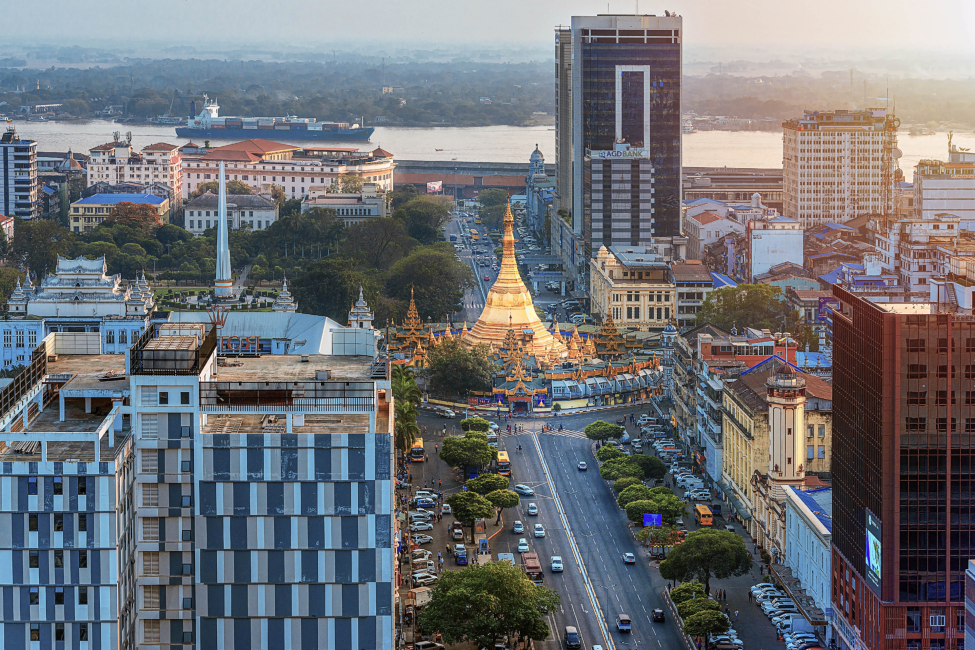 On July 21, the World Bank released its latest assessment of Myanmar’s economy, which described a decidedly fragile economic environment that has been badly damaged by a series of disruptive events that continue to seriously impede the country’s recovery from a massive contraction last year. With the Bank also calculating that the Southeast Asian nation’s gross domestic product (GDP) in 2022 remains some 13 percent lower than it was in 2019, it seems a distinct certainty that Myanmar’s people will continue struggling to achieve economic normalisation for the foreseeable future.

Indeed, around 40 percent of the population is living below the national poverty line in 2022, which according to the World Bank’s “Myanmar Economic Monitor”, has set the country back nearly a decade in terms of the progress that had been made on poverty reduction. The “Monitor” also noted that Myanmar’s economy shrank by a staggering 18 percent in 2021. “Myanmar last year experienced one of the worst economic contractions in the world, and the limited growth we forecast this year leaves its economic recovery far behind other countries,” said Mariam Sherman, the World Bank’s country director for Myanmar, Cambodia and Lao PDR. “This will continue to test the resilience of the Myanmar people, with household incomes declining and coping mechanisms against food insecurity and poverty increasingly under strain amidst ongoing internal conflict.”

The “Monitor” identified several key issues and constraints that continue to face Myanmar’s economy, including:

The bulk of these issues are attributable to the fact that Myanmar was the subject of a coup d’état in February 2021, which saw the military oust the civilian government from power. The coup saw the arrest of State Counsellor Aung San Suu Kyi and other members of her ruling party, the National League for Democracy (NLD), which was also banned by the junta a mere two months after it secured a landslide victory in the national elections. Since US officials quickly moved to block attempts by the new military rulers to shift about $1 billion held at the Federal Reserve Bank of New York shortly after they seized power then followed up by administering a new set of sanctions in response to the coup and curtailed multilateral overseas aid, it has been downhill for Myanmar’s economy as civil unrest throughout the country has intensified against a weakening economic backdrop.

Those punitive economic measures, alongside surging global inflation that has made crucial food and fuel imports increasingly expensive, have led to a severe dwindling of foreign-exchange reserves—and a government increasingly desperate for US dollars. Myanmar’s kyat lost roughly one-third of its value last year, forcing the military to implement strict capital controls, such as limiting cash withdrawals from banks and ATMs (automated teller machines). But the kyat has continued to slide as the country has been forced to import large quantities of medicines and other healthcare necessities, as the pandemic impacted Myanmar intensely at the end of 2021 and the start of this year.

To prevent further outflows from its limited foreign-exchange reserves, the government has banned or severely limited imports of luxury items, including cars, fuel, cooking oil and pharmaceutical products. And while it had previously expanded the use of the yuan and baht along the respective Chinese and Thai borders with Myanmar, the junta recently reversed this decision, mandating that all transactions be carried out in US dollars through banks. And as a way to boost foreign capital within the country, the central bank is also now permitting foreign institutions to establish wholly owned non-bank financial institutions and to enter into joint ventures.

The regime “is desperate to find US dollars. It apparently lacks long-term planning. If this continues, no new foreign investments will come into the country. And existing foreign investments will leave the country. So the economy will slump further,” an unnamed economist told local Myanmar news publication The Irrawaddy, adding that greenbacks are being frantically sought after as they are needed for military expenditures to contain nationwide protests against the junta. This includes aviation fuel, which can be purchased on international markets using US dollars only, for jet fighters and helicopter gunships, which are increasingly being preferred by the military over ground forces in its battles against protesters.

As of mid-July, companies in Myanmar had at least $1.2 billion in outstanding dollar-denominated loans, according to data compiled by Bloomberg. The military government has mandated that companies and other borrowers cease their repayments of such loans for the time being. It has also implemented other major policy changes, particularly regarding its business landscape, that have only further exacerbated Myanmar’s economic woes. According to the World Bank, the burdensome trade-license requirements, abandonment of its managed floating exchange-rate policy and imposition of foreign-currency surrender rules have resulted in shortages of key imported inputs and inhibited exporters. “Uncertainty among businesses has increased due to the rapid issuance of new policy instructions, including exemptions to previously imposed restrictions, followed by subsequent attempts to revoke those exemptions,” the World Bank added.

Some firms have thus suspended operations in the country for the time being, such as carmakers Suzuki and Hyundai, while others have left the country altogether. Those involved in importing and exporting within Myanmar, meanwhile, are reportedly being forced to convert their dollar-denominated earnings into local currency at 1,850 kyats per dollar to satiate the government’s need for dollars—much lower than the local market rate for buying dollars, which is currently pegged at well over 2,000 kyats. Some business leaders have cited the central bank’s draconian and uneconomic measures as pivotal in preventing them from sustaining operations within the country; with additional external pressures on businesses not to continue their operations under the military regime, firms continue to exit the country.

Indeed, Myanmar’s business climate is so restrictive that the International Labour Organization (ILO) found that more than a million fewer people are employed today than in 2020. The United Nations’ labour standards agency released figures in early August showing that 1.1 million more jobs existed before the outbreak of the COVID-19 pandemic and the military coup staged in February 2021 that seized power from the civilian government. “Eighteen months on from the military takeover, the employment situation in Myanmar remains very difficult,” the ILO’s Myanmar liaison officer, Donglin Li, acknowledged. “While there are limited signs of job growth, the ongoing erosion of labour conditions and the decrease in job quality is deeply concerning.” On a rare, witheringly positive note, however, the latest figures still mark an improvement for Myanmar’s labour market, which recorded a whopping 1.6 million in job losses for the full year 2021.

The global economic slump triggered by surging inflation has not helped matters, either. Surging food and fuel prices, with power cuts now frequent occurrences due to the resulting fuel-oil shortages, are weighing heavily on the Myanmar population. The military regime has thus been forced to boost fuel imports to satisfy power-plant demand for sufficient electricity generation. Some media reports suggest that petrol prices have rallied by more than 350 percent since the coup to 2,300-2,700 kyat (about $1) per litre, with petrol stations around the country being forced to shut down due to shortages.

But perhaps this fuel-shortage pain will be short-lived, at least, given that outside help appears to be arriving in Myanmar in the form of Russia. In what seems to be mutual efforts to avoid Western sanctions, gasoline and fuel oil from Russia will start to be shipped to Myanmar from September onwards, as relations between the countries have warmed in recent weeks. “We have received permission to import petrol from Russia,” military spokesman Major General Zaw Min Tun disclosed on August 17, adding that it was favoured for its “quality and low cost”. The military has also established a Russian Oil Purchasing Committee to oversee Myanmar’s fuel-trading needs.

Russian Foreign Minister Sergey Lavrov visited Myanmar’s military leader Min Aung Hlaing in the administrative capital of Naypyidaw in early August, which followed an earlier visit to Moscow by Hlaing in which both sides pledged to strengthen military ties and boost cooperation on nuclear-energy opportunities. As of now, Myanmar represents Russia’s “most uncritical post-invasion partner in Asia, and both countries are now gearing up for tighter economic and trade ties”, according to a report by the International Crisis Group. “Russia has thrown Naypyidaw a lifeline as it struggles to quash domestic resistance and secure international legitimacy, thus further antagonising countries pushing for Myanmar’s return to democracy.”

Does this worrying situation necessarily mean a full-blown collapse à la Sri Lanka is in the offing? Not if Myanmar’s military is to be believed, with Major General Zaw Min Tun confirming in late July that there remains a “fair share of foreign-currency reserves”, including United States dollars and Chinese yuan. “There is no reason to face a Sri Lanka-like economic decline because Myanmar already has US dollar reserves to some extent,” the military spokesman said. “We already have the basics to avoid such an economic decline.”

Such pronouncements should provide a modicum of temporary relief for Myanmar’s people. And the World Bank still sees the economy growing rather than shrinking, albeit at a tepid 3 percent, through the fiscal-year end in September 2022. But given the 18-percent contraction last year, Myanmar has a long way to go towards achieving normalisation again. “The balance of payments situation is a growing concern, with US dollar shortages already limiting the availability of several imported products, including fuel,” the Bank stated, adding that prices are likely to remain high. “Elevated levels of conflict in many areas of the country are expected to continue to constrain productive activity. As a result, a return to pre-pandemic levels of economic activity is unlikely in the near term.”

And it should also be observed that under the previous junta regime, the country closed itself off to the rest of the world for a number of decades, thus consigning Myanmar to long periods of underdevelopment and severe repression as the military seized control of the nation for its own ends. Could the military government be planning to do the same once more? Given Myanmar’s painful history, the people can be forgiven for fearing the worst in this regard, as declining US dollars and deteriorating macroeconomic conditions make it impossible not to evoke those bad old days. Should the military attempt to monopolise the economy once more, one can reasonably expect foreign-loan obligations to be stopped—although we are not there yet and hopefully never will be. As the unnamed economist observed, “It is fair to say that the suspension of foreign loan repayments is a pre-stage for bankruptcy. If the crisis worsens, Myanmar will be bankrupt.”

From Risk to Opportunity: Navigating a Complex ESG Landscape to Future-Proof Your Business