Top Posts
Interview with Mr. Olukayode Pitan, Chief Executive Officer and Managing...
Commodities Outlook for 2023
The Value of Cash in a Time of Crisis: How...
The US-Africa Leaders Summit: Fostering a Closer Relationship with the...
Three Key Sectors in Which to Invest in 2023
Three Key Stocks in Which to Invest in 2023
Home Finance The Next Financial Shock?
Finance

The Next Financial Shock? 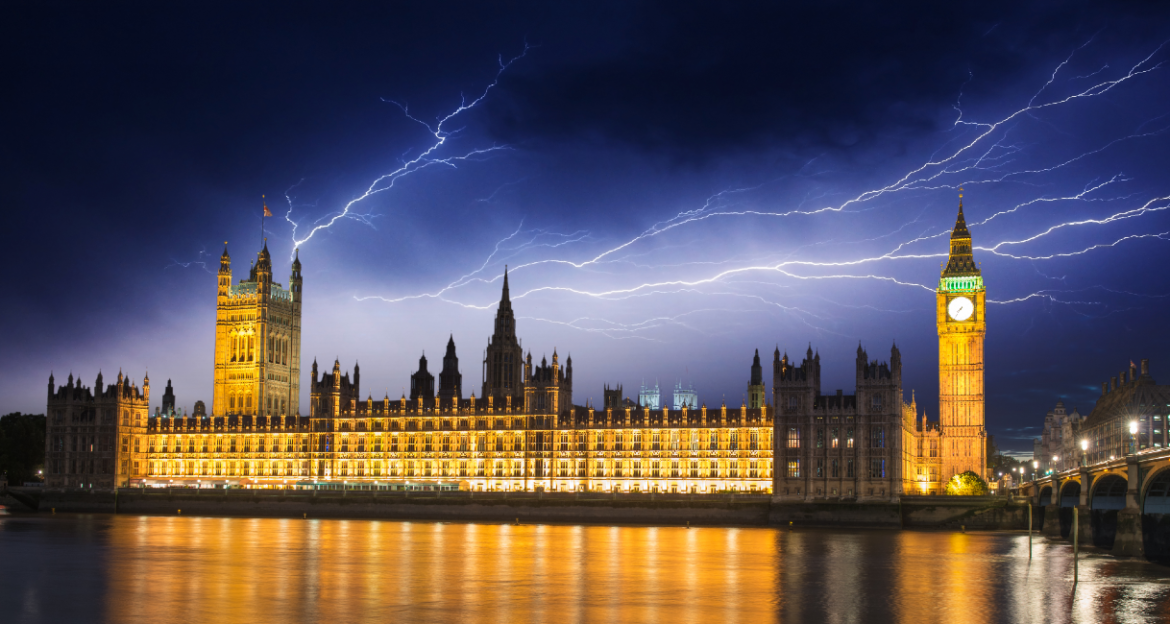 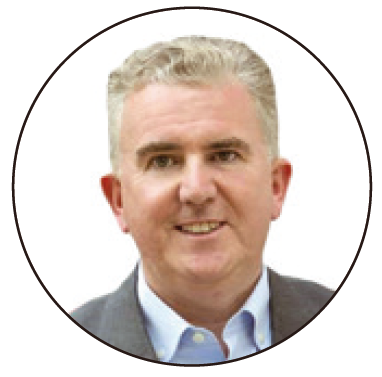 Hans Christian Andersen knew a good story when he heard one, but his described “hangdog” look prompted him to suggest that he “only appeared dead”. Perhaps an apt description of a pandemic-impacted economy? Andersen was a house guest of Charles Dickens, outstaying his welcome, rather like a virus, and the historical reports suggest that Charles and his family were pleased to see the back of the celebrated Dane. The unwanted houseguest’s look and mannerisms might even have prompted the character of Uriah Heep, the fawning skin-crawler in David Copperfield.

Much as Heep was despised, no one likes a “prophet of doom”, least of all me, but let me be a realist and start by giving you some statistics. According to the latest government figures (provided by the United Kingdom’s Department for Business, Energy and Industrial Strategy, BEIS), there were 5.9 million SMEs (small and medium-sized enterprises) in the UK in 2019, which was more than 99 percent of all businesses. The usual definition of small and medium-sized enterprise is any business with fewer than 250 employees, and these enterprises accounted for 60 percent of all private-sector jobs in the UK, a total of 16.6 million. So, before I go on, I think we can all acknowledge that SMEs are crucial to the health of the UK’s economy—the very backbone of it and much more, although the largest of the large, generally being large-scale employers, get the headlines.

Since the start of the COVID-19 pandemic in March, or maybe it was February, the UK Government has so far underwritten approaching £45 billion of CBILS (Coronavirus Business Interruption Loan Scheme), CLBILS (Coronavirus Large Business Interruption Loan Scheme) and BBLS (Bounce Back Loan Scheme) loans, not counting the £30 billion of deferred VAT (value-added tax) expected to be collected in the spring of 2021. Although the latter is a sidebar to the guarantees, you could argue that having deferred the VAT, the HM Treasury is now at risk for anything up to that entire sum. But we are concentrating on the aggregated “lending” guarantee of £45 billion. Even if you discount this sum by 20 percent, the portion that is not guaranteed (remembering that the Government’s support is for up to 80 percent on the larger loans), the number is shaded to approximately £36 billion that is at risk for the Treasury.

All the while, the sheer scale of the global fund-raising that has been going on in the background quietly has all been drawing liquidity from the pool. The key driver of this has been the near finite supply of capital {quantitative easing (QE) and the bank multiplier being the additions}; in the face of wholesale refinancing from the largest organisations (countries, supranationals) right through to small businesses and family balance sheets, there may well be a crunch, with the trip wires already set in the form of loan repayments, worsening economics, failing employers and the like. The largest tap is the wholesale market, but the vast majority, those alluded to earlier, are core users of the banking system and secondary financing sources.

As I have already demonstrated, there are clearly big numbers involved in all of this, so what are the financial-services sector and the UK Government proposing to do in response to the sheer scale of the debt challenge that lies ahead—what some financial commentators are describing as the “next financial crisis”?

Well, so far, there has really been only “one game in town” when it comes to the financial-services sector’s response, and it is my view that it has been a commendable, fast-acting and potentially far-reaching response. That has been the work of TheCityUK’s Recapitalisation Group, which produced a must-read report for everyone in the banking profession (“Supporting economic recovery: recapitalising businesses post-Covid-19”).1

Released in July, TheCityUK’s recapitalisation report set out the current situation and the stark choices that lie ahead if we are to avert the significant debt challenges facing SMEs post-COVID-19. In a similar vein, TheCityUK somewhat diplomatically noted that the Chancellor of the Exchequer’s (Rishi Sunak’s) recent statement on his Winter Economy Plan (in lieu of the cancelled budget statement) made clear that the HM Treasury has acknowledged this issue and has taken steps to mitigate its impact; they nevertheless warned in no uncertain terms that they “will keep a watching brief on this and continue our wider work to support UK economic recovery”. The Treasury and the banks are now also under pressure from the National Audit Office (NAO), the recently published report of which found that there is up to £26 billion in expected defaults and fraud losses on Bounce Back loans. According to the Financial Times, the NAO has called for “a robust debt collection plan” from lenders and the government, so it should be interesting to see how that develops. Stories of complex as well as very simple sleights of hand are trickling into the media regularly.

I strongly agree with TheCityUK that by the end of the next six-month period, the combination of the Government Guarantee (£36 billion) and weakening commercial loans (approximately £65 billion) will deliver nearly £100 billion of concerning loans. Many of these will be unserviceable and create zombie companies barely making payments or failing. The phasing of it has yet to be determined, but several triggers are already set in repayment schedules, the VAT and the like. The recent changes in accounting standards and how banks treat doubtful debts are rightly accelerating the acceptance of the problem but will hasten the impact on capital, too.

A deep dive into the analysis shows that there will probably be around 2.3 million businesses with CBILSs or BBLSs by the end of March 2021. Those businesses employ circa 3 million people, although some are micro with maybe one employee or self-employed person. If each business lost one employee, or even “half” of an employee, you can see from where a further flood of unemployed or underemployed claimants would come. More worryingly, 75 percent of borrowing businesses are out of London and the South East, where the hint of recovery has demonstrated a faster bounce back than any other region or Home Nation. It is the critical mass theory, cluster theory or “death star”, whatever your viewpoint. “Levelling Up” and other slogans will be under real pressure.

All of this gives rise to a gap in debt finance, with the available credit contracting as loans go bad and the supply of capital to the SME base becoming less voluminous as the Government schemes disappear from making new loans. It gives rise to debt being used as long-term capital, or dare we say “equity”, and there you have a classic Macmillan Gap, defined in the report of that name from 1931, which gave rise to all sorts of government initiatives to bridge the so-defined equity gap. Institutions such as ICFC (Industrial and Commercial Finance Corporation), FFI (Finance for Industry) and a forerunner of what became Investors in Industry (3i) arrived.

There is currently a mixed bag out there covering the same beat, mostly private and some quasi-government equity players co-investing alongside other funds to increase the quantum. The Business Growth Fund (BGF), itself a child of the so-called “Great Financial Crash” of 2008-09 and capitalised by named banks in the wake of it, could fill the gap if given the role, and it has admirably raised its hand to volunteer. And the Home Nations are all at various stages of creating and amplifying what might be called development funds. In Wales, the highly regarded Development Bank of Wales is an exemplar, albeit not a bank in the way you think of a bank. Similarly, the new Scottish National Investment Bank has taken on elements of previous investment activity, with a green angle. Again, not a bank in the sharpest of definitions.

If growth out of recession is the answer, and I believe it is, step forward the entrepreneurs, disrupters and “changers” in sectors that can win, not deliver more of the same. For them to succeed, at the very least a supply of capital on the debt-to-equity spectrum should be available. These fast-growing initiatives will promote economic growth, employment, intellectual property and prosperity. The mechanism for holding such economic interest has many sides to the debate and is not something with which I will deal at all because it is simply administration and keeping score. That it is needed is surely not in question.

In the TheCityUK paper to which I referred, there is a toolbox of suggestions to alleviate and restore value in the gaping issue developing right now and coming home to roost between now and spring 2021.

All things being equal, the banks and the Exchequer will face significant write-offs—the former through bad commercial loans AND the tail of the CBILSs et al. that go bad, whilst the Exchequer will underwrite the remainder of losses through the schemes AND have the deferred VAT-balloon payment sitting out there in the “hope we collect it” file.

All of this might appear to be a lead line in polemicist thinking, almost Voltaire-like in provoking a debate, being outrageous to generate a reaction; however, this line of thinking has been tested with practitioners, business leaders and bankers, and there has been only a subtle pushback at the edges of some of the details. The overall direction of travel to a very large bill has not been denied, and I suppose the solution falls again under the heading of “whatever it takes”.

Having looked at the banking position in totality and the direction of travel, I won’t make any suggestions regarding the degrees of impact on specific bank names. Of course, you (the reader) can think ahead of me to consider market share, regional spread and type of loan book to arrive at some rough approximations. My job here was to look at the very real impact of liquidity being removed from the system between now and spring 2021, in light of the already significant demands in bond markets globally. Whatever happens next, banks will not want to be seen as the “bad guys” again in the unfolding movie plot. Sadly, the script is already in the final edit, unless someone rewrites parts of it and alters the latent outcome that is bound to happen just before the credits roll. Dickens was a master wordsmith, and the script needs work now; otherwise, arriving at the described outcome is only a matter of time.

Has the International Debt Architecture Failed the COVID-19 Pandemic Test?

Factors Must Remain Vigilant as Fraud Could Derail Business Funding