Top Posts
Challenges Remain, But There Are Opportunities to Be Had in...
Interview with Mr. Olukayode Pitan, Chief Executive Officer and Managing...
Commodities Outlook for 2023
The Value of Cash in a Time of Crisis: How...
The US-Africa Leaders Summit: Fostering a Closer Relationship with the...
Three Key Sectors in Which to Invest in 2023
Home Finance The Success of Fiscal-Stimulus Programmes
Finance

The Success of Fiscal-Stimulus Programmes 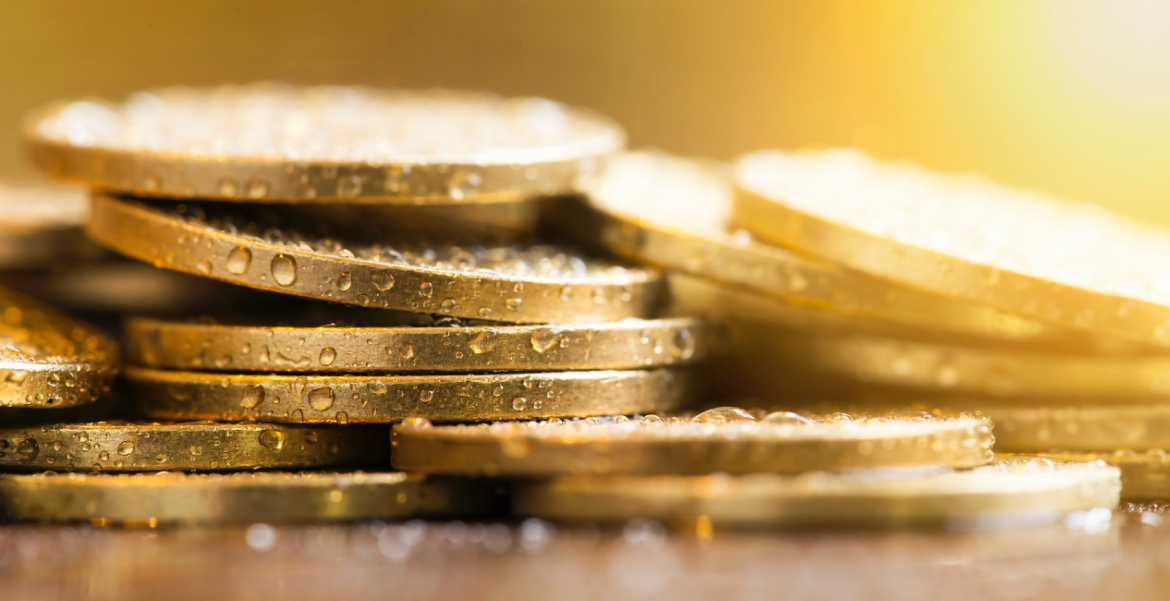 On March 11, 2021, US President Joe Biden signed the American Rescue Plan Act of 2021, a $1.9-trillion economic stimulus package to provide American citizens with immediate economic relief and accelerate the country’s economic recovery. The new package adds to previous fiscal stimuli passed by the United States Congress, including $900 billion in December and a further $2.5 trillion of aid in total throughout 2020.

Clearly enormous in terms of sheer scale, the fiscal stimulus is worth more than the gross domestic products (GDPs) of most countries around the world. According to Ceyhun Elgin, an economist at Turkey’s Boğaziçi University whose team has been tracking countries’ fiscal responses to the pandemic, the United States had committed 18.22 percent of its GDP prior to the American Rescue Plan Act, putting it at the 13th position of the 168 countries being tracked. The $1.9-trillion package, however, pushed that share to more than 27 percent of GDP, Elgin noted, which propelled it to the second position, behind only Japan, which has spent almost $3 trillion in total in stimulus packages—although given that much of Japan’s spending covers non-pandemic-related causes, many would place the US at the top of the list. As such, it is clear that substantial amounts of money have been pledged to fiscal-stimulus packages worldwide as governments battle the economic devastation unleashed by the pandemic. But are such massive commitments by the state always the right choice?

Fiscal-stimulus theory gained much global attention in the 1930s when renowned British economist John Maynard Keynes argued that an economy could rebound strongly from a depression by utilising expansionary fiscal policy—that is, the government deciding to lower taxes and boost spending. By lowering taxes—for instance, the tax on income—households have more disposable income to spend on goods and services, all else being equal. Similarly, reductions in sales taxes on goods will result in lower prices and thus higher demand. In turn, this demand expansion boosts employment levels, raises wages and supports higher consumption, all of which is positive for economic growth. And should government spending increase, not only does this directly inject money into the economy, spending in such areas as public goods such as infrastructure tends to create more employment opportunities, thus again bolstering demand. The introductions and extensions of tax credits and unemployment benefits are also key features of fiscal stimulus, as widely evidenced over the last year.

The paper also observed the importance for fiscal stimulus to not conflict with other economic-policy objectives, such as fiscal sustainability, long-term economic growth, functioning of the market mechanism, desired income and wealth redistributions.

But in terms of evaluating the real-world effectiveness of pandemic stimulus packages, it is worth comparing what has been done over the last year or so to the actions taken in previous crises. Perhaps most famously, the New Deal of the 1930s involved a massive fiscal-stimulus programme that was launched in response to the Great Depression. Many of today’s pandemic-induced stimulus packages are similar in magnitude to the New Deal. And given its much-feted success in getting the US economy back on track, many hope the government interventions initiated on this occasion will have similarly positive economic impacts. In many cases, countries have already managed to bounce back sharply from the invariably deep, negative growth that transpired last year, particularly during the first two quarters. Indeed, according to Deutsche Bank research, the $12,390 per capita of pandemic relief spending nearly doubled that of the $6,311 spent per person during the New Deal, although as a share of GDP the 40 percent spent during the New Deal was substantially more.

Nevertheless, the swift responses by both monetary and fiscal authorities across the world on this occasion has helped to contain the pandemic’s impact on the global economy. The US output gap—that is, the difference between GDP during the crisis and possible GDP were the economy operating at full potential—has gradually come down since the onset of the pandemic. According to the Committee for a Responsible Federal Budget (CRFB), a non-profit public-policy organisation that addresses federal budget and fiscal issues, the economy was at risk of facing an output gap as large as 15 percent of potential GDP. But an aggressive legislative response and stronger than expected economic performance pushed that gap down to near 10 percent of potential GDP, or $550 billion. “Since then, nearly $3 trillion of disbursed fiscal support and efforts to adapt to the pandemic have shrunk the output gap substantially to 4 percent in the third quarter of 2020, 3 percent by the fourth quarter, and a projected 2 percent, or $130 billion, this quarter,” the CRFB stated in February. “As more than $1 trillion of further fiscal support makes its way through the economy, CBO estimates the output gap will shrink to 1 percent by the beginning of next year and less than 0.5 percent by late 2023. Overall, CBO projections suggest the gap will total only 1.7 percent ($380 billion) for the rest of 2021 and 1.1 percent ($760 billion) over the next 3 years.”

Similarly, a European Central Bank (ECB) paper, “The Impact of COVID-19 on Potential Output in the Euro Area”, calculated the 2020 eurozone negative output gap at a minimum of -3.5 percent. In contrast, the negative output gap after the Great Depression was 30 percent a year. “One important difference was that the pre-emptive nature of the 2020/21 fiscal actions is an important reason why the current output gap is so modest,” according to Allen Ruskin, macro strategist at Deutsche Bank. Indeed, the speed of the response on this occasion has been highly effective in pulling many economies out of recession as well as preventing more from entering depression territory.

That said, the impact of such unprecedented expenditure on government debt can not be ignored. For countries with lower debt-to-GDP ratios, this is unlikely to prove to be much of a problem. Germany, for instance, implemented a surprise reduction in VAT (value-added tax) rates throughout the latter half of 2020, dropping the consumption tax from 19 percent (and 7 percent for the reduced rate) to 16 percent (and 5 percent) at an estimated cost of €20 billion (or 0.6 percent of GDP) as part of a comprehensive stimulus package designed to boost demand during the pandemic.

Although Europe’s biggest economy remained adamant in maintaining its commitment to a balanced budget prior to the coronavirus outbreak, the move marked a shift in strategy for Berlin, albeit a temporary one. But given Germany’s fiscal prudence in the years before the pandemic, it has been one of the few countries to be able to partake in an expansionary fiscal programme without excessively burdening its public-debt ratio. Between 2012 and 2019, Germany’s government debt-to-GDP ratio fell from 81.2 percent to just 59.7 percent. “I’m glad that in the years when we were doing well, when we didn’t have a virus like this, we didn’t just spend money but reduced our debts,” German Chancellor Angela Merkel said at the time of the VAT cuts.

In contrast, the US public-debt situation is more concerning. According to Fitch Ratings, the federal debt, which recently surpassed 100 percent of GDP, will approach 109 percent of GDP in fiscal year (FY) 2021, while general government debt will reach 127 percent of GDP in 2021 before reaching 130 percent by 2023. The ratings agency also expects that government spending will eventually come down to more typical levels as a share of GDP from FY 2023. However, government debt may well remain on a gradual upward trajectory. And with currently low interest rates likely to rise sooner than expected, the cost of servicing this mounting debt is set to increase, despite the Federal Reserve’s commitment to an extended period of extremely accommodative monetary policy. Indeed, with inflation accelerating in a pronounced manner in recent months, the likelihood of a monetary tightening before the end of the year to quell runaway inflation has become significant.

But it must be stressed that cross-country comparisons are not easy given the nature of the pandemic and its variable impacts within different economies across the world. As such, the responses from governments will similarly vary. For instance, while many European countries introduced furlough schemes to prevent millions of job losses, the US did not; instead, it raised benefits that could be sought by laid-off workers. Nonetheless, it meant that US employment was among the most severely affected by the pandemic, thus prompting a greater stimulus response by the government. In contrast, the US, Japan and Brazil provided cash payments directly into the pockets of their citizens, whereas other large economies did not opt for this strategy. In Europe, where many countries have robust social-welfare programmes in place, “a lot of that money is going to, you could say, the people most in need of it, whereas, in the case of the US, a lot of these stimulus checks went to a pretty broad population,” Alejandra Grindal, senior international economist with Ned Davis Research (NDR) Group, told The Washington Post in March.

Ultimately, however, it seems clear that fiscal-stimulus packages have done considerably more good than harm. And while it remains too soon to assess the overall economic impacts they have had during this ongoing crisis fully, the relief they have brought to citizens in the interim should not be underestimated, especially when compared with government actions during previous global crises.