Top Posts
Eurozone Inflation Soars to a Record 8.6 Percent in June
Why Fintech Has a Role to Play in the Cost-of-Living...
Global Military Spending Hits a Record High
Could Big Tech’s Iron Grip on Digital Advertising Soon Come...
Can Recent Oil Discoveries Prove to be a Boon for...
Is It Time to Explore an Alternative to Fractional-Reserve Banking?
Home Companies The US an Oasis of Prosperity: Will the Fed Be the Only Major Central Bank to Raise Interest Rates in 2015?
CompaniesFinance

The US an Oasis of Prosperity: Will the Fed Be the Only Major Central Bank to Raise Interest Rates in 2015? 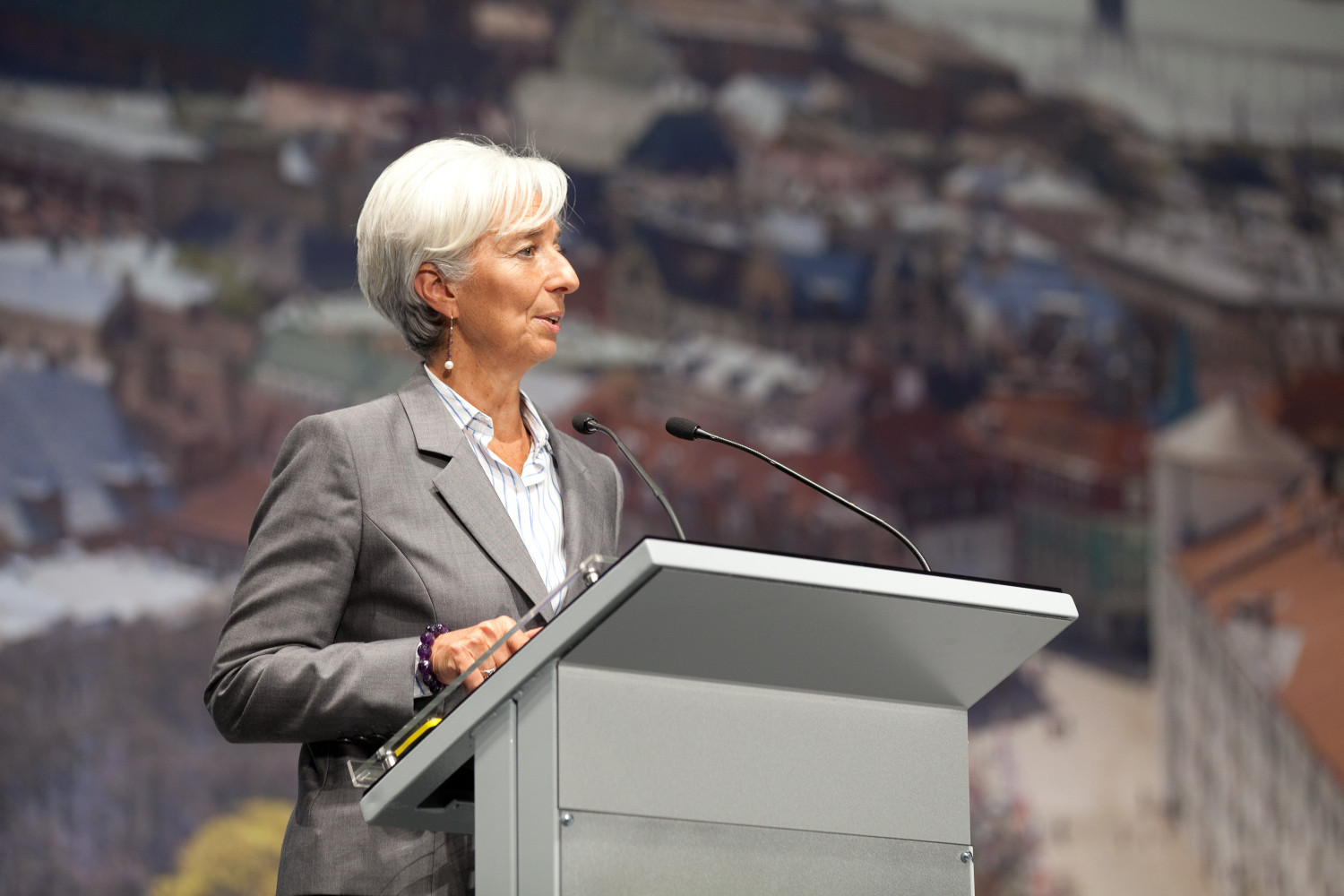 The markets have been climbing a wall of worry over the last several months. Investors seem to be focusing in on the bad economic news reports and exaggerating their importance. Positive news on the outlook is either dismissed outright or quickly forgotten. Real GDP in the third quarter of 2014 rose 5 percent in the third revision reported in late December. Bond yields rose just briefly on this strong-economy news. Meanwhile, when the monthly employment situation report came out for the month of December showing that the highest number of private- industry jobs were created in 18 years, the market instead focused on the one-month decline in wages. Growth has meant higher interest rates throughout modern economic history, starting in the 1960s, and yet bond yields fell on what the market felt was subpar wages, which means the Fed might delay raising interest rates for the first time since after the recession ended. Ignoring good news and embracing negative news does not look completely rational to us.

Investors in the US and beyond are plainly worried about the world economic outlook. Japan, China, Europe, Brazil. When the IMF (International Monetary Fund) downgraded its forecasts for world economic growth in October 2014, this was a key reason behind the US stock market’s mid-October decline of nearly 10 percent for the S&P 500 index. However, stocks shook off the news eventually and rallied back to make new highs by the end of last year.

The worry about the outlook returned when the IMF downgraded world economic growth again on January 19 after the markets had closed. You can either characterize the IMF downgrade as the newswires did, “the steepest cut to its global-growth outlook in three years”, or you can recognize they trimmed the forecast a modest three-tenths of a percentage point to 3.5 percent in 2015 and 3.7 percent in 2016. By the end of 2016, they are looking for world GDP to hit 3.9 percent. In my opinion, this IMF forecast downgrade shouldn’t send the temperature up on anyone’s worry monitor.

The key question is: can the US remain an oasis of prosperity when the rest of the world is facing challenges? This phrase has been used many times; we remember back to when Fed Chairman Alan Greenspan first used it during the global financial market crisis in 1998.

Someone must be concerned about the outlook—not just the hypersensitive financial markets. Maybe it is because of the risks to growth, or perhaps due to fears of a Japan-style deflationary spiral, that central-bank policies virtually worldwide are all easing policy right now. It is a global phenomenon, with only the US contemplating raising interest rates. Japan continues to ease its monetary policy. The ECB (European Central Bank) unleashed its long-awaited QE (quantitative-easing) policy. The UK, one of the fastest-growing economies in the world, released the recent Bank of England meeting minutes in which two voters arguing for rate hikes suddenly decided to join the majority and vote for no rate hike. The Bank of Canada cut rates from 1 percent, concerned about tumbling energy prices, even though core CPI inflation is above 2 percent and the unemployment rate is falling.

We ask again, maybe to convince ourselves, can the US “remain an oasis of prosperity unaffected by a world that is experiencing increased stress”? This exact Greenspan quote from early September 1998 recalls a time when world financial markets first started moving much more closely in sync, beginning with the Asian financial crisis in 1997, nearly 20 years ago. Greenspan actually said the US could not remain an oasis of prosperity back then and cut interest rates during the global financial-markets crisis, when the US stock market had fallen about 20 percent. That was then, and this is now. The US economy is strong. There is no financial-markets turbulence with the stock market showing losses of 20 percent. We believe the US can go its own way. The global slowdown in economic growth looks modest anyway. We still expect the Fed to lift rates sometime in the middle of 2015.

There is a danger to this low interest-rate policy of the Federal Reserve. The longer they delay raising short-term interest rates, the greater the risk they will permanently alter the way Americans save, spend and invest, and we don’t mean in a good way. The greater is the danger that rates will never get back there—back to normal. Keeping rates down may bring about the low rates, low-activity, low-turnover, deflationary, slow-growth world they are trying to steer the economy clear of. Zero-rate policy from the Federal Reserve: the bond-market effects seem to be cumulative from the December 2008 start date, and the Fed’s zero rates increasingly reinforce the downward move in 10-year Treasury yields. The bond market is still in shock after January’s ECB QE stimulus announcement, which has driven 10-year yields in Germany virtually into the ground to about 0.3 percent—Japan-style with JGBs (Japanese Government Bonds) at 20-odd basis points. The US bond market is staring into the abyss, wondering if they are next on the chopping block for ultralow rates.

These last few weeks make us wonder if we have the central-bank model of behavior down correctly. They seem to want to overmanage their economies perhaps, even when many important measures of economic activity and health are doing quite well. Central bankers appear to be too much the activists in terms of trying to halt deflationary spirals, as if those can bring economies to ruin. Japan had true deflation of core consumer prices from 1998 to 2012, but you know what, the labor market was on fire during 2005, with the unemployment rate falling steadily, and the Nikkei stock market index rising 40 percent in 2005. The Japanese economy was good even with modest deflation.

The new activist policies are an interesting new development; we just hope this new fad doesn’t spread to policymakers at the Federal Reserve. Japan is easing its monetary policy. Meanwhile, in the latest report on the labor market, the unemployment rate of 3.4 percent is the lowest since 1997. This downward movement is a real improvement for the economy and makes it look as if their policy easing is completely unnecessary in Japan. The goal of 2-percent inflation ignores what happens in the real economy, where there is real jobs creation. The European Central Bank finally unleashed its QE program, and German 10-year yields are down below 0.5 percent without a single shot fired yet—the purchases will start in March. Maybe the ECB is not a fair example that we can critique as it is a complicated story. But we would note that growth in the Eurozone as a whole is positive even if it feels like a recession in many countries, and the latest IMF forecasts are for 1.4 percent real GDP in 2015 and 1.4 percent in 2016. Another instance making us question whether we have misread the central banks’ latest operating manuals is when the markets were shocked by the Bank of Canada rate cut from 1 percent to 0.75 percent, kind of a Greenspan-style insurance move as crude oil’s decline may push the province of Alberta into a recession. Canada’s growth is still positive, its unemployment is still falling and employment recovering, and core consumer inflation is way up there above 2 percent. One wonders why they took such an aggressive step, apparently not realizing they were just about out of bullets, with a policy rate of just 1 percent to manipulate.

Central bankers often say their policies are no panacea, that they buy time, etc., but they are sure flexing their muscles as if they can do something. It just seems to us they are trying a little too hard and not leaving the economy to its own devices. If an economy is in recession and unemployment is rising, by all means, let’s have the central bank step in with stimulus—real (interest rate cuts) and imagined (QE). It is the aggressive intervention to avert a downward spiral in prices that we just don’t get. Talking about deflation as if it is dangerous quicksand that an economy should never be allowed to step into.

We hope that many of the world’s central banks stop easing soon and that the Federal Reserve starts normalizing interest rates in the near future. We are worried that Fed policy has been too easy for too long, and the final costs and risks this poses for the economy years from now cannot be known. The Greenspan Fed raised rates the first time coming out of recession at unemployment rates of 6.6 and 5.6 percent for the 1990-1991 and the 2001 recessions, respectively. Unemployment was 5.6 percent in December 2014. The Fed is risking damage to the financial system if it does not raise interest rates soon. A normal economy such as that of the US needs a normal interest rate. Hopefully, one is coming sooner rather than later.