Top Posts
Challenges Remain, But There Are Opportunities to Be Had in...
Interview with Mr. Olukayode Pitan, Chief Executive Officer and Managing...
Commodities Outlook for 2023
The Value of Cash in a Time of Crisis: How...
The US-Africa Leaders Summit: Fostering a Closer Relationship with the...
Three Key Sectors in Which to Invest in 2023
Home Finance This Period of US Economic Expansion Is Now the Second Longest Ever—Can It Continue?
Finance

This Period of US Economic Expansion Is Now the Second Longest Ever—Can It Continue? 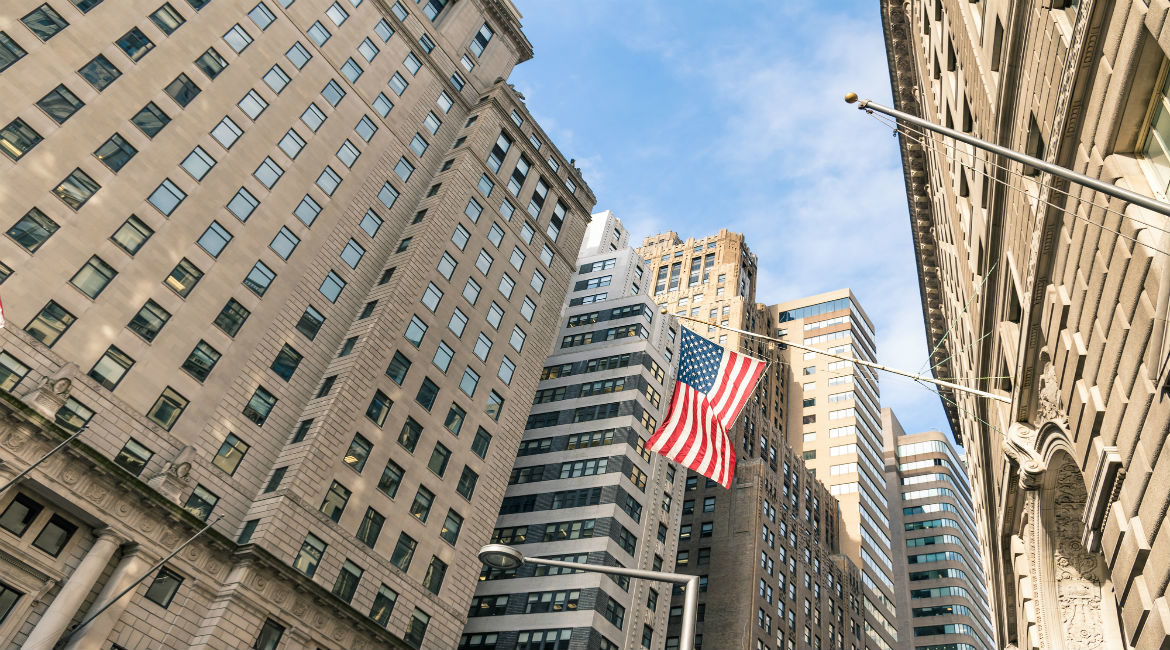 As April turned to May, the ongoing economic expansion being experienced by the United States officially became the country’s second longest on record. The period, which began in June 2009 when the world’s biggest economy began to emerge from the Great Recession, has experienced a recovery that has surpassed the previous second-longest expansion, which occurred between 1961 and 1969. And with the economy appearing to remain in robust shape for the foreseeable future, this current period of sustained growth may well become the longest ever, should it pass the all-time record achieved between 1991 and 2001.

According to a report from real-estate services firm Cushman & Wakefield entitled “Cycle Watch: U.S. Economic Expansion Reaches Historic Point”, which was released at the end of April, the current expansion is certainly the second longest since 1785. As observed by Revathi Greenwood, Cushman & Wakefield’s head of the Americas research division, “through World War II, the odds were fairly even that in any given year, the U.S. would be in a recession”; but since then, “recessions have become less frequent. While context matters for why some expansions last longer than others; one thing is clear: they don’t die of old age”. 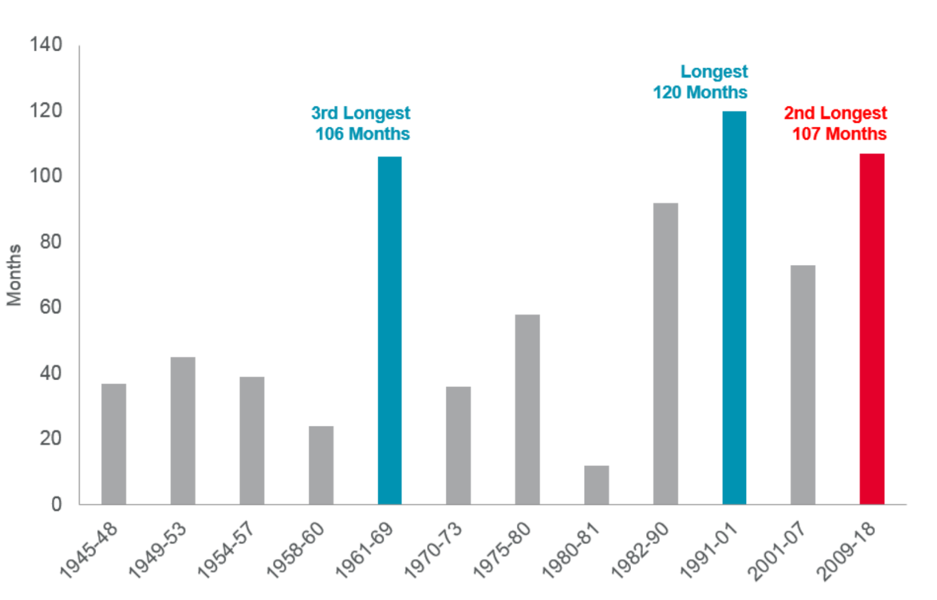 According to most analysts, it has been the slow and steady nature of the recovery that has enabled this expansion to achieve such longevity. Falling unemployment levels throughout the decade have undoubtedly helped and currently stand at a 17-year low, while April marked the 91stconsecutive month of job growth in the country—easily the longest on record. The moderate pace of GDP (gross domestic product) growth during the recovery, coupled with largely tepid inflation for much of the time, has also helped the US Federal Reserve keep interest rates at historic lows for an extended duration. The International Monetary Fund (IMF), moreover, recently upgraded its US economic growth forecast for this year to 2.9 percent.

For the current period of expansion to become the longest, the economy will have to continue growing until July 1, 2019. And it may well get there—at 107 months and counting, the current economic expansion shows little sign of taking a turn for the worse. A strong labour market and solid consumption level are likely to spur further growth during the medium-term; and with the cost of living remaining fairly constant, despite evidence of creeping inflation in recent months, economists are largely expecting this factor, alongside recent tax cuts and strong hiring, to fuel household spending going forward.

That said, the flattening of the US Treasury yield curve has boosted the Federal Reserve Bank of New York’s index, which tracks the probability of a US recession materialising within the next 12 months. The index is pegged to the spread between 10-year and 3-month Treasury rates, and according to recent figures, rose in April to 11.21 percent, which is the second-highest reading since January 2008 and only slightly less than the index’s post-recession peak of 11.46 percent recorded last December. Nevertheless, such figures remain extremely low from a historical context, with a 13.3-percent average being recorded over the past 60 years, and an all-time high of 95 percent observed in the early 1980s.

Moreover, it seems that the global business community expects the US economy to remain strong for quite some time. A recent report by Zurich Insurance Group, EY (Ernst & Young) and the Atlantic Council revealed that 71 percent of the 497 CFOs (chief financial officers) who were surveyed across 30 countries expect continued improvement in the nation’s business environment over the next three years, while 61 percent of respondents feel “confident or extremely confident” about investing in the United States. Commenting on the results of the report, George Quinn, Zurich’s CFO, believes the improved short-term economic outlook “appears to be prompting CFOs to be overwhelmingly optimistic”. But at the same time, “many CFOs doing business in the US have never experienced an economic downturn, and the world is more uncertain due to a number of recent geopolitical events”.

Indeed, not everyone is projecting a rosy economic picture. A JPMorgan Chase survey conducted in April found that 75 percent of ultra-high-net-worth (UHNW) investors expect a recession to hit by 2020. And of those expecting such a downturn, 21 percent are predicting it to commence in 2019, while 50 percent expect it to begin in 2020. The research surveyed more than 700 global private clients—those with liquid financial assets in excess of $30 million—across Europe and the Middle East. That said, Anthony Collard, J.P. Morgan’s head of UK, Ireland and Nordic investments, stated that although such investors have shown distinct concerns, the bank itself does not expect such a bleak scenario to transpire. “Until we see clear imbalances building, and policy approaching a point where it really constrains economic activity, we lean towards a view that the cycle will continue to expand.”

Noted American economist Stephen S. Roach also recently suggested that the core fundamentals of the US economy remain weak, and points to a myriad of underlying factors that could precipitate a downturn. Roach observes “a razor-thin cushion of saving”, referring to the country’s net national saving rate, which is the total sum of saving by businesses, households and the government sector and which was recorded at just 2.1 percent of national income during the third quarter of 2017—well below the 6.3 percent that was averaged during the final three decades of the 20thcentury. Such scant savings means that investment in the country’s productive capacity will be severely hampered in the future, according to Roach, while legislation signed by the Trump Administration that will increase the federal budget deficit by $1.5 trillion over the next decade will be “enough, by itself, to push the already low net national saving rate toward zero”.