Top Posts
How Gamification is Catapulting Digital Banking to the Next Level
Challenges Remain, But There Are Opportunities to Be Had in...
Interview with Mr. Olukayode Pitan, Chief Executive Officer and Managing...
Commodities Outlook for 2023
The Value of Cash in a Time of Crisis: How...
The US-Africa Leaders Summit: Fostering a Closer Relationship with the...
Home Finance Three Major Fintech Trends to Watch in 2022
Finance 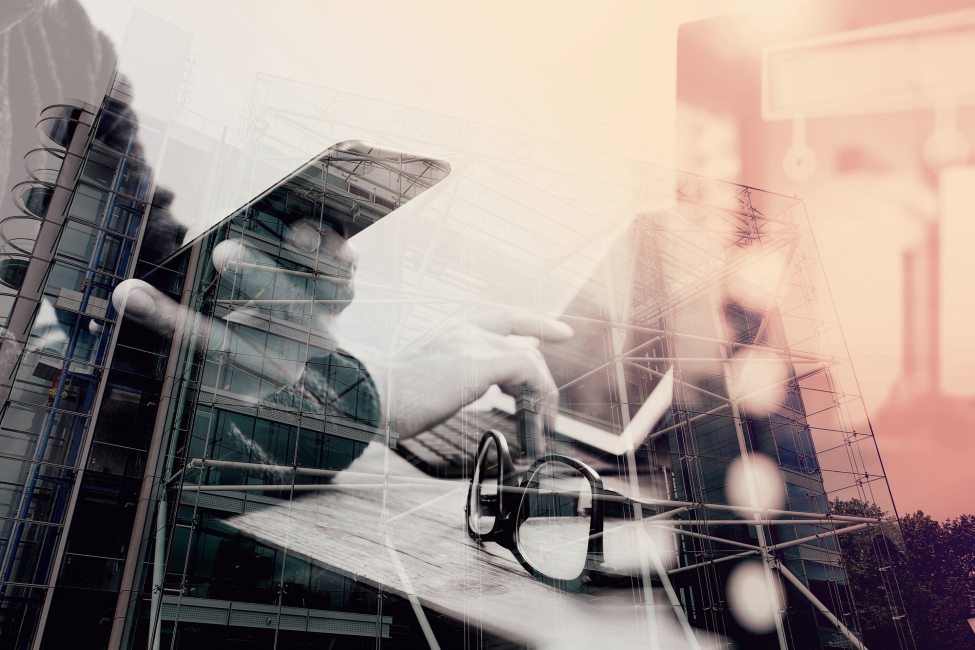 Despite the potential for a lull in activity transpiring in the shadow of the pandemic, 2021 remained a resilient year for the financial-technology (fintech) sector. According to CB Insights’ latest “State of Fintech” report covering the third quarter of2021, for instance, this quarter was the second-highest on record for fintech financing, up by a whopping 147 percentyear-on-year. And as we move into 2022, it would seem that this rampant growth is far from over.

But how will this growth be characterised, and which specific fintech sectors will shine this year?

Mobile and cross-border payments on the rise

This year will see further growth in mobile and cross-border payments. A March 2021 study from Juniper Research found that the number of unique digital-wallet users worldwide would exceed 4.4 billion by 2025, rising from 2.6 billion in 2020;mobile wallets have been driving much of the growth in mobile payments as they rapidly scale across geographical and vertical markets. “The increasing alignment between in‑person and remote commerce channels is leading to greater use of mobile wallets than ever before, with online wallet use confined to high-value purchases or complex bill payments,” Juniper noted.

As for cross-border payments, there is still considerable scope for growth, much of which will be realised in 2022. A significant proportion of the technology supporting such payment systems remains on legacy platforms, which will be upgraded or replaced this year. “These platforms have fundamental limitations, such as a reliance on batch processing, a lack of real-time monitoring, and low data processing capacity,” the Bank of England (BoE) recently stated. “This creates delays in settlement and trapped liquidity. These limitations affect domestic operations, but become even more of a barrier to achieving cross-border automation of payments when different legacy infrastructures need to interact with each other.”

EY (Ernst & Young) forecast the total global cross-border payment flow to grow at around 5 percent CAGR (compound annual growth rate) a year and should top $156 trillion this year. EY also noted that business-to-business (B2B) transactions would make up the largest share by far, expected to account for $150 trillion this year; consumer-to-business (C2B) transactions, such as cross-border e-commerce and offline tourism spend, are forecast to reach $2.8 trillion; business-to-consumer (B2C) transactions, which include wage salaries or interest payments, are expected to amount to $1.6 trillion; and consumer-to-consumer (C2C), or remittance payments, will likely reach $0.8 trillion.

But while payment apps and digital currencies are already making the process of sending value all around the world much easier these days, the mass adoption of real-time payments (RTP) for both individuals and businesses has not been attained globally. According to an October 2020 report from information-technology (IT) consulting firm Levvel, the United States has remained in its infancy of mainstream RTP usage, with 69 percent of respondent organisations not currently using RTP and 60 percent only “moderately”, “slightly” or “not at all” familiar with the new payment rail. And yet the same study showed that most organisations had seen the benefits of using RTP, with 76 percent of respondents believing it would provide them with competitive advantages and 66 percent considering themselves likely to adopt RTP by late 2022. Only 5 percent replied that they would most likely never adopt RTP.

Nonetheless, progress is being made. The US Federal Reserve (the Fed), for example, is due to launch its FedNow Service in the next two to three years, enabling individuals and businesses to send instant payments through their depository-institution accounts. “The service is intended to be a flexible, neutral platform that supports a broad variety of instant payments,” according to the Fed. “At the most fundamental level, the service will provide interbank clearing and settlement that enables funds to be transferred from the account of a sender to the account of a receiver in near real-time and at any time, any day of the year.”

Last year witnessed an explosion in new BNPL (buy now, pay later) companies, all of which have sought to help customers complete their purchases through staggered payment schedules. And most recently, this seems to have helped a substantial number of customers during holiday periods, with PayPal’s chief executive officer, Dan Schulman, telling CNBC that his company’s BNPL service facilitated around 750,000 transactions on Black Friday—400 percent higher than the previous year. “We did over 1 million first-time users for the first time ever in a month,” Schulman added, which put its overall usage “well over 10 million consumers”.

That said, it is likely that the BNPL scheme will come under more intense regulatory scrutiny in 2022. On December 16, the US Consumer Financial Protection Bureau (CFPB) asked five of the biggest BNPL companies—Affirm, Afterpay, Klarna, PayPal and Zip—to provide more information regarding their business practices, following concerns that their customers were potentially being exposed to significant financial risks. The regulator added that it was particularly focused on accumulating debt, regulatory arbitrage and data harvesting and had thus sought to obtain more data on the risks and benefits of BNPL products. “The consumer gets the product immediately but gets the debt immediately too,” according to CFPB’s director, Rohit Chopra.

Indeed, a September survey by personal-finance company Credit Karma found that one-third of American consumers who had used BNPL services had failed to make at least one of their required payments on time, while a hefty 72percent of respondents said that their credit scores had declined. Nonetheless, with no end in sight for the COVID-19 pandemic, fintech companies are likely to keep entering this space in earnest in 2022 as financially insecure customers continue seeking flexibility for their payment obligations.

“The pandemic’s impact and BNPL’s overall rise in popularity will lead the industry to rack up $680 billion in transaction volume worldwide in 2025,” according to a November report by Insider Intelligence. “That forecasts a compound annual growth rate (CAGR) of 13.23% from the $285 billion the industry was estimated to record in 2018.”

Arguably the most profound paradigm shift we are likely to experience this year will come from the super-app. Such apps typically offer a vast and diverse suite of products and services from a single platform, including options for transportation, retail services, food delivery, banking and entertainment. In addition to purchasing products, super-apps enable customers to book appointments, make dinner reservations and even send packages to various locations.

And while the likes of WeChat, Grab and Alipay have revolutionised the Asian market, super-apps in the West have yet to spark the same degree of interest. But 2022 could see a major transformation in that regard, with each of a handful of fintechs across the US and Europe striving to bring together a diverse range of services via single applications.

Indeed, an intriguing competition is heating up in the US market, with both PayPal and Block (known as Square until December 10, 2021)—two of the most popular payment platforms for individuals and businesses—striving to establish market-leading positions for their respective super-apps. In February 2021, PayPal CEO Dan Schulman acknowledged his company’s ambitions to build a super-app that would offer “a connected ecosystem where you can streamline and control data and information between those apps, between the act of shopping, the act of paying for that”. And by September, the first version of the super-app was launched, allowing consumers to manage their payment, retail, saving and investing needs.

Although much smaller than PayPal, Block is set to make its hotly anticipated super-app debut in 2022. Having purchased BNPL giant Afterpay (an acquisition that should be completed this quarter) and achieved phenomenal success through its mobile payment service Cash App (which has gained considerable traction across the US), Block is inching ever closer to achieving its goal of launching its super-app—an ecosystem of fintech services that will allow Block customers to conduct a variety of tasks and transactions without hardly ever having to leave the app. According to Morgan Stanley’s managing director, James Faucette, Square’s stellar November financial results showed the firm has “more time (and money) to dream the dream”. And although much of the revenue generated from Cash App is likely to be subject to future regulatory tightening, Faucette said he anticipated that reckoning to transpire further into the future, thus giving Square more time for investors to “dream of an eventual financial super app”.

In Europe, meanwhile, the $33-billion fintech firm (as of September 2021) Revolut is set to become the market-leading super-app. Beginning life in 2015 largely as a digital-banking and payments platform, the London-based fintech firm has expanded its product offerings to include a competitive investing platform that facilitates stock and cryptocurrency trading, travel insurance, savings vault and bill splitting. More recently, Revolut has begun offering hotel bookings and opened a remittance corridor between the US and Mexico.