Top Posts
How Gamification is Catapulting Digital Banking to the Next Level
Challenges Remain, But There Are Opportunities to Be Had in...
Interview with Mr. Olukayode Pitan, Chief Executive Officer and Managing...
Commodities Outlook for 2023
The Value of Cash in a Time of Crisis: How...
The US-Africa Leaders Summit: Fostering a Closer Relationship with the...
Home Finance To What Extent Have Recent COVID-19 Challenges Stymied Indonesia’s Economic Recovery?
Finance 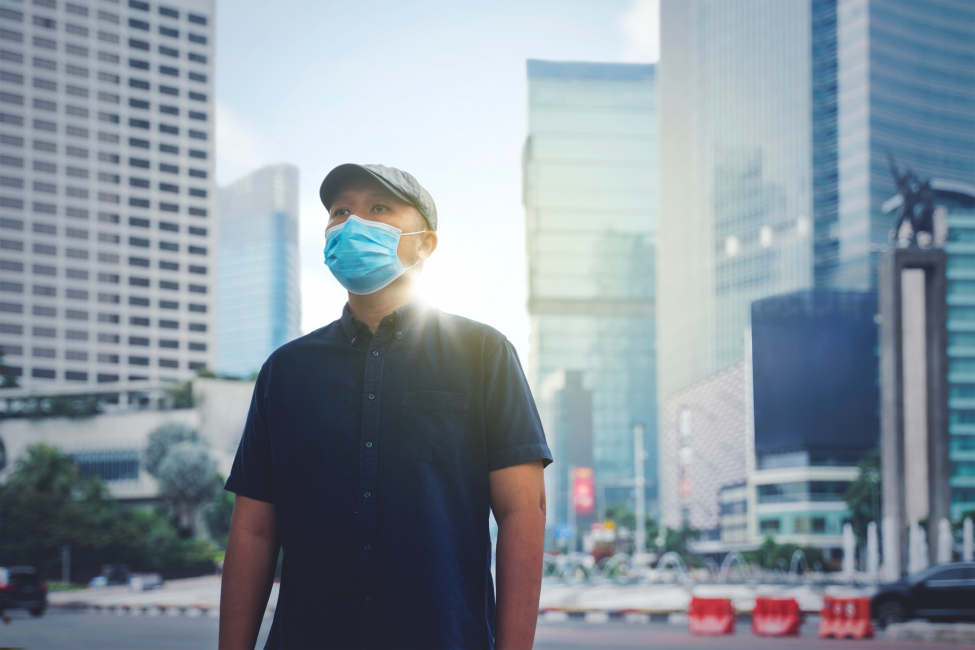 In late September, the World Bank cut its economic growth forecast for Indonesia to 3.7 percent from its previous estimate of 4.4 percent made in April. The downgrade firmly underlines the daunting challenges Southeast Asia’s biggest economy has faced during the third quarter as new variants of the coronavirus have swept through the country. And with the palpable threat of further waves of the virus emerging, Indonesia’s long-term economic recovery remains far from assured.

It was as recently as August that Statistics Indonesia (BPS) released encouraging data, albeit below analyst expectations, which showed that the economy had grown by 7.07 percent year-on-year in the second quarter. This figure stood in stark contrast to the first-quarter contraction of -0.71 percent. Indeed, Indonesia had been in a deep recession from last year’s third quarter but managed to get on track this year as total gross domestic product (GDP) returned to pre-pandemic levels, thus raising hopes that the country was over the worst of the pandemic.

“The economic recovery of developing East Asia and Pacific faces a reversal of fortune,” said Manuela Ferro, World Bank’s vice president for East Asia and Pacific. “Whereas in 2020 the region contained COVID-19 while other regions of the world struggled, the rise in COVID-19 cases in 2021 has decreased growth prospects for 2021.” Indeed, as has been the case throughout much of Asia, the devastating nature of the Delta variant of the coronavirus coupled with relatively low initial vaccination rates across the country have dealt Indonesia a hefty economic blow in recent months.

The country’s third-quarter GDP growth is almost guaranteed to paint a much gloomier picture—possibly even a contraction in quarterly GDP—as the Delta variant triggered spikes in case and fatality numbers from late June onward. This surge sent Indonesia into lockdown, with President Joko Widodo introducing nationwide restrictions on July 3. Daily case numbers reached a peak on July 15 of 56,757, while the daily death toll surpassed 2,000 on July 27. And although the lockdown was initially set to be lifted on July 20, restrictions were extended for weeks, with many remaining in place to this day.

The Asian Development Bank (ADB) has also slashed its projections for Indonesia’s 2021 economic growth from April’s estimate of 4.5 percent to just 3.5 percent. “The main factor behind the [downward revision from] our April forecasts is the outbreak Indonesia went through,” ADB economist Abdul Abiad confirmed on September 21. ADB’s economist for Indonesia, Henry Ma, meanwhile, attributed the downgrade to a handful of key factors, including second-quarter growth of 7.07 percent falling short of expectations; tighter restrictions on public mobility, which have kept economic indicators such as retail sales, motor-vehicle sales, consumer confidence and manufacturing indices subdued during the third quarter; and the worldwide economic slowdown as a result of new COVID-19 variants, which has dented global demand for Indonesia’s exports. And the ADB has also trimmed its 2022 projections from 5 percent to 4.8 percent, only further emphasising the delay Indonesia faces before returning to a pre-pandemic growth trajectory.

But much of the recent evidence strongly indicates that the country is not taking this challenge lying down. By the end of August, the country had administered its 100 millionth dose of the COVID-19 vaccine, thus becoming one of only seven countries in the world to achieve this milestone. And vaccination efforts remain committed to this day. “The Indonesian Government deserves recognition. It has successfully coordinated health resources across the country and has allocated US$14.9 billion to its health sector response so far,” the World Bank observed in mid-September. “Indonesia was also one of the first countries in the world to announce free COVID-19 vaccinations for its adult population. The Indonesian vaccination program recently expanded to include the 12-17-year-old age group and is currently administering over 1.2 million doses a day, nearly a 10-fold increase since mid-May 2021. While still a way to go, the Government is ambitious and pushing for full country-wide vaccination in the first quarter of 2022.”

The Bank has highlighted two key insights that it believes have helped Indonesia in its recovery efforts. Firstly, it took timely and decisive action in procuring and administering a sufficient quantity of vaccines for the population, which has gone a long way towards mitigating the potentially devastating impacts of the virus. “The Covid-19 Delta variant hit hard the Indonesian economy this year. But Indonesia has been taking an early measure to implement its mass vaccination program and to speed up [the] vaccination rate,” said Aaditya Mattoo, World Bank’s chief economist of the East Asia and Pacific region, on September 28. “Hopefully, the vaccination will cover a huge proportion in the middle of next year.” And, secondly, thanks to a formal reprioritisation process, the government has made solid financial commitments to its health sector, social-impact mitigation and economic recovery itself to the tune of $50 billion so far. “The state budget had to be refocused. COVID relief spending was raised. But we are also preventing a wider deficit, thus budget reallocation becomes a necessity,” Indonesia’s minister of finance, Sri Mulyani Indrawati, confirmed on August 31.

Indonesia’s most recent state budget for 2022 was approved at the end of September. Featuring a comprehensive overhaul of the tax system, it is clear the government is keen to boost economic growth by finding new ways to fund its spending and lowering its reliance on debt. Lawmakers have based the new budget on an economic growth forecast of 5.2 percent for next year whilst aiming to lower its budget deficit to 4.85 percent of GDP from the estimated 5.8 percent expected to be registered this year. As such, Indonesia continues to demonstrate that among its highest priorities is to bring its budget deficit back down to 3 percent of GDP by 2023, and it will streamline spending and expand revenue sources to achieve this target.

Clear efforts are also being made to revitalise certain sectors of the economy. “We support recovery of the tourism and creative economy sectors in two ways. The first approach is to prepare the internet network infrastructure. The second strategy is to support efforts to boost public communication,” Usman Kansong, the ministry’s director general of information and public communication, stated in late September. Kansong explained that the second strategy could boost Indonesia’s tourism and creative economy sectors in particular. “Our number one public communication strategy is to focus on people, who are still unsure about the readiness of health protocols at tourist attractions.”

As such, optimism that Indonesia can recover quickly remains high. As Aaditya Mattoo from the World Bank recently suggested, the economy could still grow at close to 5 percent next year. “We are optimistic that Indonesia’s economic growth next year can come close to 5 percent, and it is an improvement itself,” Mattoo said in late September, adding that the government’s handling of the pandemic will be pivotal in ultimately determining the speed of the recovery and that vaccination efforts will be of particular importance in this regard. “This virus will not disappear, but these steps can help evoke the economy.”

But in an archipelago nation as vast as Indonesia—not to mention being the world’s fourth most populous country at 270 million people—vaccination challenges remain. This seems especially true in some of the more remote parts of the country, where transport infrastructure and vaccination education remain limited. “This is a very decentralized country which forces them to do more to handle issues related to distribution and the vaccination budget,” Mattoo acknowledged. As such, he suggested that the government continue to develop its digital infrastructure to boost access to underprivileged communities across the country.

Shared Home-Equity Agreement: How Homeowners Can Now Conveniently Unlock Value from Their Homes