Top Posts
Challenges Remain, But There Are Opportunities to Be Had in...
Interview with Mr. Olukayode Pitan, Chief Executive Officer and Managing...
Commodities Outlook for 2023
The Value of Cash in a Time of Crisis: How...
The US-Africa Leaders Summit: Fostering a Closer Relationship with the...
Three Key Sectors in Which to Invest in 2023
Home Finance Trade in the Shadow of COVID-19: Going Forward Together, Not Apart
Finance

Trade in the Shadow of COVID-19: Going Forward Together, Not Apart 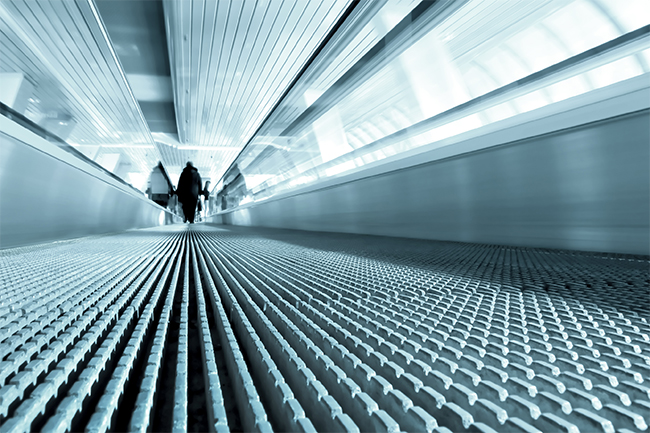 The global COVID-19 pandemic is a reminder that our world is an intimately connected place. Now is not the time to start cutting the connections that have raised millions from poverty and helped to build the global economy that we have today.

Physical borders can be closed to those who might pass on the virus, but the crisis underlines the importance of other connections, such as trade. At a time when streamlining trade should be at the top of the agenda, so that critical goods such as food and medicine can move to where they are needed, too many have seen the pandemic as a reason to turn inward.

The global trading system has been tested by the pandemic’s effects. Weaknesses in the current system have been exposed. There is no denying that. An overreliance on manufacturing in a single location for some goods is one indication that supply chains may be more fragile than previously thought. When factories closed to fight the virus, key medical goods suddenly became scarce. More subtle weaknesses have also been highlighted by the crisis.

Global trade and the financial system that supports it has traditionally been a paper-intensive arena, with hand-delivered documents in triplicate needed to move goods at every stage. That system was already antiquated before the crisis. Now, the need to digitize the trading world is even more urgent.

Digitization has proven to be important in other areas as well. Beyond trade and supply chains, consider the situation in countries in which entire populations have joined the digital ranks—digital identifiers, electronic banking and accounts—versus those that have been slow to adapt. Governments that have been trying to help their citizens have found it much easier to deliver that help when they have access to solid records and mobile and digital banking.

Another weakness exposed by the crisis has been found in the tariffs and other trade barriers that have come into play. As people searched for alternate sources of key products, they found some of them stuck behind trade barriers that seemed to have no reason to exist.

A recent study found that out of 164 mem¬bers of the World Trade Organization (WTO), only 50 do not tax imported medical devices. Seventy-nine governments went into the crisis tax¬ing imported soap at rates of 15 percent or more, noted the study by Professor Simon J. Evenett of the Swiss Institute for International Economics and the Department of Economics.

There have been attempts to strengthen the global trade and supply-chain system, even while it is under such a strain. Some have looked to find solutions within the current systems by making it easier to find alternate suppliers of key goods. Others have seen the pandemic as an excuse to abandon the global system, at least when it comes to goods seen as strategically important to their national wellbeing. Instead of providing an opportunity to shore up any weaknesses in the system, there is now a danger that the global crisis will be used as an excuse to “onshore” more and more goods considered to be of key strategic importance. Instead of becoming stronger, the global trading system could be weakened further.

Countries need easy access to medicines, medical equipment and other goods vital to the health of their populations. Few countries make everything they need themselves, which means the flow of trade in those goods needs to be through gates that are opened wider, not shut. If everyone starts trying to make everything themselves, the weaknesses exposed in the global system by the crisis could become gaping wounds. The reality of comparative advantage and its positive impacts on productivity, global growth and development may be in jeopardy. The system that has proven such a benefit to the world, even with its flaws, is now in even more doubt.

That’s why it is important that the efforts to strengthen the global trading system continue and that they are ramped up even more as the crisis is overcome.

The Asian Development Bank (ADB) and other multilateral institutions have been working to plug holes in the system, along with private-sector players that also have an interest in ensuring that global trade emerges from the crisis in better shape. When it became clear that essential medical items were becoming scarce and that alternate sources for those goods were hard to find, the ADB’s Trade & Supply Chain Finance Program (TSCFP) began a project to map the supply chains for those products[i] The aim of this supply-chain mapping tool is to identify blockages and other impediments to these critical goods being produced and distributed to where they’re needed. In May, the first phase of the project was completed: interactive maps that enable banks, investors, governments and healthcare professionals to pinpoint key companies in the supply of portable ventilators, N95 respirator masks, face shields, goggles, aprons, surgical masks and gowns. The maps consider the elements of each product down to its component metals and fabrics.

Since then, the supply-chain maps have been extended to other products. We’re looking at supply-chain maps for vaccines, including the distribution channels required to administer the drug when it becomes available. Anyone can use the tool[i], free of charge, through the ADB website.

The ADB is also working in more conventional ways to support those affected by the crisis. It has pledged $20 billion for a range of measures to help its members through the crisis and has approved changes to streamline its operations for quicker and more flexible delivery of assistance. As part of that, working in partnership with commercial banks, the ADB is providing companies in Asia and the Pacific with additional working capital to meet expansion and other requirements. That support includes an additional $200 million of supply-chain finance to help companies in areas that are critical to fighting the virus to ramp up production of items such as test kits, N95 masks and ventilators. Given that a single pool of supply-chain finance is typically used for a subsequent delivery over a period of 120–180 days, this facility could support more than $400 million of financing over the next 12 months. Fifty-fifty risk sharing from partner commercial banks could boost support under the facility to $800 million over the same period.

Combined trade and supply-chain finance has amounted to almost $2 billion in transactions supported so far this year from the ADB’s Trade & Supply Chain Finance Program. Those deals have included 100 medical-supply transactions, such as for test kits, medical equipment, medicine and other goods, worth $35 million and 520 food-security and agriculture-related transactions valued at $455 million.

We were already working to promote the digitization of trade finance before the pandemic, along with other international organizations and the private sector. The crisis has underlined the importance of those efforts.

Had this pandemic occurred even three years ago, the situation would have been much worse. In just a short time, the move toward digitization has gained pace and advanced far enough that a full-on disaster—banks not being able to function during lockdown—has been avoided. It has been inspiring to see people rising to the challenge that they now face. Compared with the financial crisis 12 years ago, the amount of coordination and oversight in trade finance today means problems can be spotted and attended to much more quickly.

Still, we need to drive digitization through all component parts of the ecosystem: from exporters and suppliers to shipping, ports, customs, warehousing, finance, transport, buyers and importers. And interoperability between these component parts is required to realize seamless digital trade and supply chains.

It now looks unlikely that this will be a short and sharp crisis followed by a quick return to normal. But if it is properly handled, the financial system can use the experience as an opportunity to enact necessary changes—and not just as an exercise in crisis management.

First of all, the ADB has been working with partners to promote digitization through online learning and certifications and to advance the global adoption of the Legal Entity Identifier (LEI), so that everyone agrees on a common method to easily identify the players involved. The LEI is a 20-digit, alphanumeric code based on an ISO standard developed by the International Organization for Standardization (ISO). The Global LEI Index provides open, standardized and high-quality legal-entity reference data. Countries without an ID (identity document) system don’t need to create one. Governments can simply encourage, or require through legislation, companies to acquire LEIs. Countries that currently have ID systems should consider mapping these to LEIs for global harmonization.

Global trade would benefit in a big way from having a single, trusted global entity that could verify the identities of companies that banks finance— showing who is who, and who owns whom, and what each owns.

Secondly, the model digitization laws proposed by the United Nations Commission on International Trade Law (UNCITRAL) and the International Chamber of Commerce (ICC) need to be adopted globally. Global adoption of these model laws will render digital commercial documents legally enforceable. Without these laws, digitization will not advance materially. It has been coming anyway, but it needs to come faster.

Thirdly, to drive the interoperability of systems to create seamless digital trade, we are working with the International Chamber of Commerce and Government of Singapore to create digital standards and protocols. This important initiative will need to involve all component parts of the trade and supply-chain ecosystem: buyers and sellers, ports, customs, shipping, logistics and finance.

Going forward, close coordination will be key. Now that we are beginning to see the scale of the problems we face, the entire trade and supply-chain ecosystem needs to lift its digital game. Fixes are needed so that global trade can continue to be an engine of growth and employment for everyone. Implementing those fixes is important, but the weaknesses exposed by the COVID-19 pandemic should not be used as an excuse to give up on globalization. We need to continue striving to make it better, stronger.

The crisis has shown how closely we are connected. Firming up those connections means growth and prosperity can continue once the pandemic is over.

Looking Beyond Hong Kong: What Are the Alternatives?

COVID-19 Response in MENA: The challenges and opportunities for the banking sector and financial inclusion