Top Posts
Challenges Remain, But There Are Opportunities to Be Had in...
Interview with Mr. Olukayode Pitan, Chief Executive Officer and Managing...
Commodities Outlook for 2023
The Value of Cash in a Time of Crisis: How...
The US-Africa Leaders Summit: Fostering a Closer Relationship with the...
Three Key Sectors in Which to Invest in 2023
Home Finance Two Remarks on the Global Business Cycle
Finance 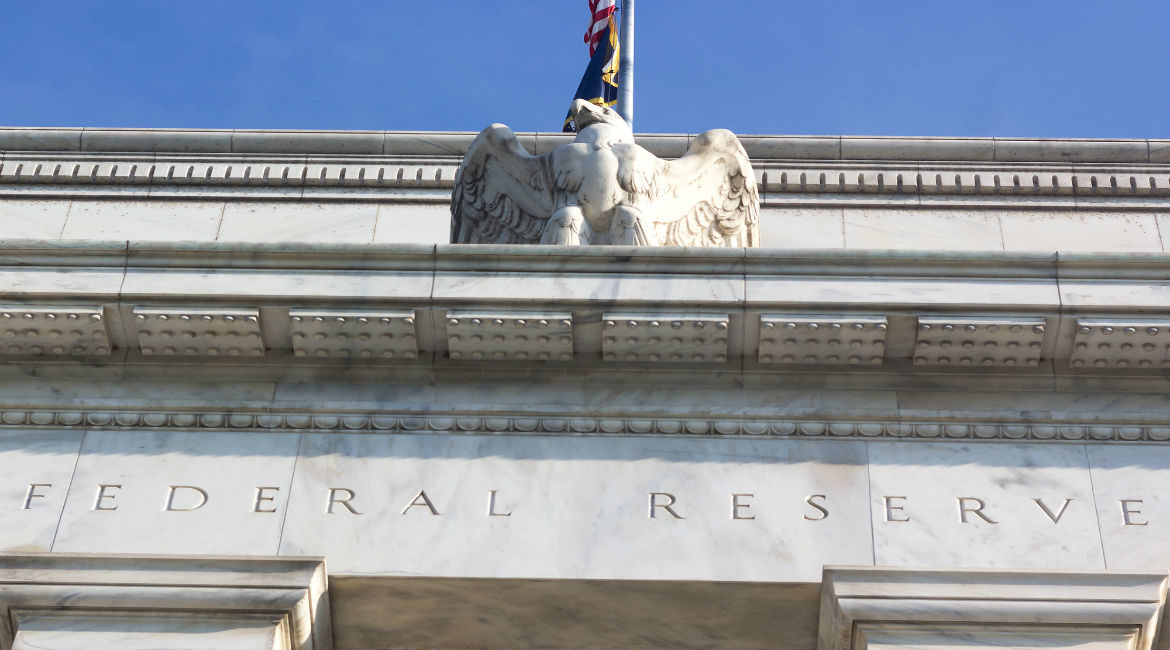 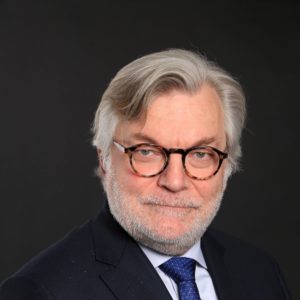 The economic climate has dramatically changed recently. There are more uncertainties as international relations is no longer perceived as a cooperative process. We’ve seen during the last 10 years very different responses to the development of the crisis and very different behaviors on the political side. People perceive risks in this new environment and adoptextremely conservative strategies. This can be seen on the political side, as has been the case with the United Kingdom after the referendum on Brexit, with President Donald Trump in the United States and with the new Italian government. We’ve observed deep changes in the global economic momentum, and consequently, political responses have been at odds with what we’d thought before.

There are two types of changes

One type of change is consistent with the business cycle. The US Federal Reserve System’s (the Fed’s) current strategy is of this kind. Since last April, the tighter monetary policy seen in Washington has created a deep change in the global economic equilibrium. The dollar is perceived as a stronger currency, leading to arbitrages on assets and at the advantage of assets in dollars. The fragility seen in emerging countries this summer is a direct consequence of this new monetary-policy strategy. Nevertheless, this is the usual story between the United States and emerging countries when the Fed changes its policy stance.

The Fed’s strategy puts an emphasis on the fact that the eurozone and the US are not at the same stage of the economic cycle. Therefore, the European Central Bank (ECB) doesn’t want to follow and will not follow the Fed’s strategy. A rapid tightening would create a growth disaster in Europe. So, then, the ECB monetary policy is expected to remain stable until at least the end of summer 2019. By then, the Fed’s interest rate will be much higher than it is today with negative consequences on the US growth momentum. What would be the response of eurozone economic policy in case of a negative shock on US economic activity? The difference of position in the business cycle that has come from the European Commission (EC) and the ECB’s austerity policies in 2011 and 2012 may then be very costly for the euro area.

The other type of change is related to the new geography of the economic activity. The globalization process seen since the late 1990s has had a strong impact on the location of production, notably in the manufacturing sector. It was then perceived as an optimal allocation of resources—even if in Western countries, it was at the expense of the development of their manufacturing sectors. The optimistic perception we had in the recent past of the globalization process has changed.

Now many people in developed countries think that the rapid improvement seen in emerging countries, notably in Asia and in China, has had a negative impact on their own situations. This is reflected in the famous “elephant graph” in Branko Milanovic’s analysis. He showed that improvement in revenues in China and India has been at the expense of less qualified workers in Western countries. This can be an explanation of the political shift mentioned above. The complicated story is that now this situation in the manufacturing sector is not reversible in the short-term. The location of production in Asia is there to stay. This point is the source of President Trump’s commercial policy. He has tried to reverse this situation, even if at a very high long-term cost for the US economy. This clearly creates a non-cooperative environment at the global level, reversing the enthusiasm seen for globalization 15 years ago.

To perceive the new world into which we’ve entered, the best statistic at which to look is production in the manufacturing sector. This sector is important in international trade, but it is also a major source of productivity gains. In a development process, the industrial sector is always key, as it allows large productivity gains and large increases in revenues. This stage of development was a major source of improvement in developed countries in the post-World War II period. The period of abundance seen in Western countries is a consequence of this rapid increase in the industrial sector. It’s a necessary step to turn into a service economy, which creates fewer productivity gains. Therefore, it is important for each developed country to maintain a strong industrial sector to generate productivity gains that will improve the global performance of the economy.

In the last 10 years, industrial development is no longer the privilege of Western countries. Between the first half of 2008, before the Great Recession, and the first half of 2018, the world industrial production index, calculated by the Dutch institution CPB (Netherlands Bureau for Economic Policy Analysis),has been up by 22 percent, around 2 percent per year. What is interesting is the decomposition; strong contribution from Asia but not Western countries.

For the US, the gain is just 2.6 percent, or 0.25 percent per year. For Japan, the industrial production level is 10.8  percent below 2008. And for the euro area, it is 3.2 percent below. In other words, these three contributions to the world momentum have been weak during the last 10 years. The global dynamism is not related to the three regions that created the three fabulous decades after WWII. That’s a huge change.

This is a real source of low productivity gains for Western countries. These figures also show that the rebound after the Great Recession has been limited even in the US. Ten years to recover is very long, and the process of the manufacturing sector has changed, even if the level has been stable. There are new industries with high productivity gains but no more jobs, contrary to the 1960s with an income distribution that went more to capital owners than to the rest of the population. Thomas Piketty said that beautifully in his famous book.

The relative stability of Western countries’ industrial production has been matched by a strong increase in Asia, excluding Japan. In this part of the world, the level of production has almost doubled (+98 percent), circa 7 percent per year. For other emerging regions, the industrial-production growth has been low, between -0.6 percent per year on average in Latin America to +1 percent in Central Europe.

It is not a surprise, but the world barycenter has changed during the last decade to the advantage of China. Therefore, this dynamic was perceived as a positive development during the phase of globalization but is now considered as a constraint in Western countries.

The resources allocation has followed the geography of productive efficiency. The production moved to Asia because it was less expensive there than in developed countries and because Western countries could create new services in which Western countries are more efficient. This is the application of Ricardo’s theory of comparative advantage.

This simple statistic shows that the source of growth momentum is now in Asia more than elsewhere in the world. Of course, the US and Europe are still very strong but are no longer the nest of the global impulse. The dynamic will not be reversed as the economic growth is much higher in Asia than elsewhere. Companies have no interest in reversing their moves to Asia.

This situation has many consequences:

The past decade has been decisive. China has created conditions to be the global leader in the future. It still generates high productivity gains, creating a strong comparative advantage. The coming years will be a period of transition with tensions and volatility. The world will remain global, and Western countries will have to innovate a lot to remain attractive. This role of follower is a new one for them.

US monetary policy changed last spring. The Federal Reserve perceived that the new White House fiscal policy was not sustainable in the long-term and might create large imbalances that could harm the US economy.

The Fed’s Chairman Jerome (Jay) Powell’s strategy has then been to rebalance the policy mix, which is currently too accommodative for an economy at full employment. Then the Fed will continue to tighten its monetary policy, as long as it perceives that the trajectory of the US economy is not on a sustainable path.

There are two remarks to make: The Fed’s perception of the inflation risk has dramatically changed. During Chair Janet Yellen’s tenure, the main target was growth, as inflation was low. There was no reason to tighten monetary policy, because inthis environment, higher interest rates would have created a risk on activity. It was more efficient to act only after a surge in inflation, not before. Now the situation has changed. The fiscal policy is focused on feeding the domestic demand, and this could imply higher inflation. Then the Fed’s role becomes limiting the risk of inflation in the near future and dampening inflation expectations. That’s why it will continue to tighten. As the Fed’s credibility will allow low inflation expectations, long-term interest rates will not jump higher but remain close to the current level. This means that the tighter monetary policy will lead to a flattening of the yield curve, further leading to the risk of a serious slowdown of the US economy at the beginning of 2020.

There will be a contagion effect of this negative shock throughout the world and notably in Europe. If the shock is strong and persistent, then the ECB will not be able to change its monetary policy to cushion the US wave. At the end of 2019, the ECB refinancing rate will be at 0.25 percent. A drop of 25 basis points will not be sufficient. The ECB will have to invent a new instrument as asset purchases as the current form will not work again because the amount of German debt will not be sufficient to satisfy the current rules (purchases are proportional to countries’ share in the ECB capital). As public debt remains high, we cannot expect that the European Commission or the German government will allow a large public deficit. Europe will pay the difference in the business cycle due to austerity policies. The main risk for Europe is at this moment: economic growth will drop and converge rapidly below its potential, while on the political side, the period will be after the European elections, with a high risk of more populism.

The world economy is changing rapidly and deeply converging to a non-cooperative one. That’s a real source of concern for all and specifically for European citizens.

When You Know the Score

Five Industries in Which to Invest in 2019