Top Posts
Challenges Remain, But There Are Opportunities to Be Had in...
Interview with Mr. Olukayode Pitan, Chief Executive Officer and Managing...
Commodities Outlook for 2023
The Value of Cash in a Time of Crisis: How...
The US-Africa Leaders Summit: Fostering a Closer Relationship with the...
Three Key Sectors in Which to Invest in 2023
Home Finance UK Economy Suffers Worst Annual Performance in More than 300 Years
Finance 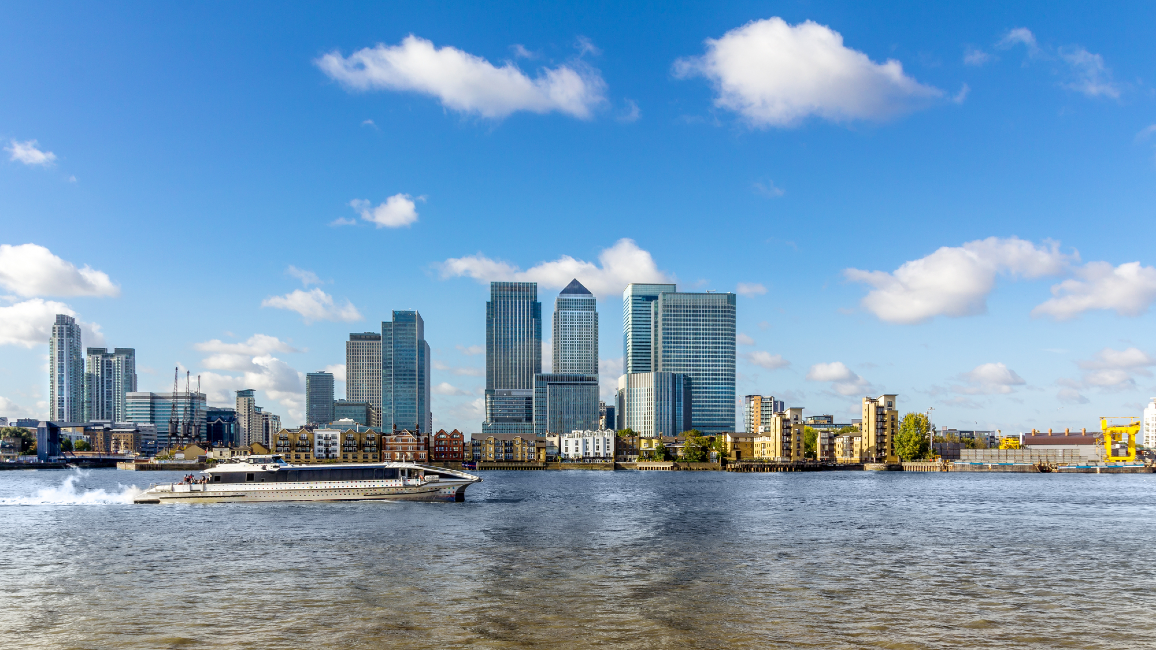 According to the Office for National Statistics (ONS), the United Kingdom’s gross domestic product (GDP) increased by 1.2 percent in December 2020, following a revised 2.3-percent decline in November, when more extensive restrictions to activities were implemented. “During December, a period of eased restrictions early in the month was followed by tighter restrictions to activity across all four nations of the UK later in the month,” the ONS stated.

Loosening of restrictions in many parts of the UK saw elements of the economy recover some lost ground in December—with hospitality, car sales and hairdressers all seeing growth, noted Jonathan Athow, the ONS deputy national statistician for economic statistics, who added that an increase in COVID-19 testing and tracing “also boosted output”.

Thanks to a boom in construction activity and government spending, moreover, the UK’s GDP for the fourth and final quarter of the year (Q4) grew by 1.0 percent from the third quarter (Q3). In doing so, the UK averted the risk of falling into a second recession. Government consumption rose by 6.4 percent during the quarter (versus 12.9 percent in Q3), thanks mainly to higher spending on healthcare and education, while fixed investment increased by 2.1 percent (against 20.3 percent in Q3) on the back of a pronounced surge in transport equipment. Services, production and construction grew by 0.6 percent, 1.8 percent and 4.6 percent, respectively.

Although Q4’s expansion was a modest one following the whopping 16.1-percent growth recorded during the previous three months, the expansion was, nonetheless, double what was expected for the October-December period. As such, there are signs that the UK economy is becoming more resilient, according to UK Chancellor of the Exchequer, Rishi Sunak, who also noted that a growing case for “cautious optimism” is now emerging, especially with the rollouts of coronavirus vaccines.

But with 2020 now over, the ONS figures also revealed that the 9.9-percent contraction the UK experienced over the 12 months was the worst annual performance since 1709, when the economy collapsed on the back of failing harvests after the “great frost”. It was marginally more than the 1921 recession following the Spanish flu pandemic and World War I, which caused the economy to shrink by an estimated 9.7 percent. For more recent comparisons, the UK’s economic slump in 2020 was twice as deep over the year as that of 2009, when the global financial crisis triggered a 4.1-percent fall in GDP. 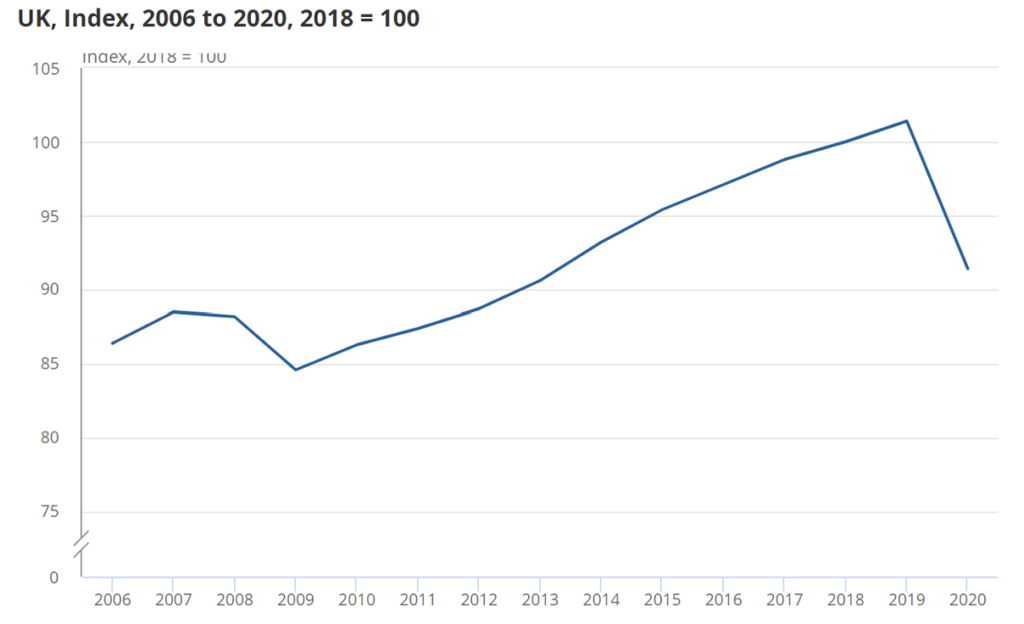 The third round of national lockdowns in early 2021 is likely to keep a lid on positive growth for the time being, moreover. But while the Bank of England (BoE) expects negative growth to transpire in the first quarter, the success of the vaccine rollouts and the accumulation of household savings throughout the lockdowns could power a sharp recovery this year. According to the BoE’s chief economist, Andy Haldane, consumers will be unleashing around $345 billion of savings that they have built up due to the lockdowns. “A year from now, annual growth could be in the double digits,” Haldane wrote in the Daily Mail newspaper.

“What is clear from the data is the resilience and adaptability of firms and households,” said Dean Turner, an economist at UBS Global Wealth Management. “As and when restrictions are eased, we continue to expect a vigorous rebound in the economy.” And the chief investment officer of HSBC’s private banking and wealth management unit, Willem Sels, said that while it remains unclear exactly when the lockdowns will end and whether consumers will rush out to spend on travel and entertainment when they are free to do so, “rapid vaccinations paint a positive picture for future growth”. He added, “Today’s UK GDP figure has, once again, exceeded early expectations, in common with Q4 releases from across the EU.”

But few are expecting output to return to pre-crisis levels anytime soon, and, as such, the UK will continue to face higher levels of unemployment and government borrowing throughout 2021, and most likely beyond. Indeed, Q4 GDP was still a hefty 7.8-percent less than the same quarter a year earlier and thus the lowest of any Group of Seven economy compared with pre-pandemic levels. According to Jonathan Gillham, chief economist at PwC (PricewaterhouseCoopers), the recent figures, whilst somewhat promising, don’t hide the fact that there remains “much to do” to get the economy back on track. “Key sectors such as retail and accommodation are still struggling significantly, and this is having a serious impact on employees and business owners,” Gillham stated.

Many are thus looking towards the government’s response during the coming months, although Sunak has indicated that his budget in early March won’t be as generous as last year’s. The Chancellor said recently that it was important to be “open and honest” with the British public about “the need for sustainable public finances in the future”.

The BoE has forecast a GDP contraction of 4 percent for Q1 due to the new lockdown as well as disruption stemming from Brexit. It has also predicted a return to pre-COVID-19 GDP levels in early 2022, assuming the vaccination programme continues to run smoothly.