Top Posts
How Technology Is Helping to Solve Global Supply-Chain Issues
UK Inflation Climbs to Fresh 40-Year High
Extended Reality and the Metaverse Are Leading Financial Services into...
Digital Currency: India’s Move Towards a Digital Financial System
Algarve Snapshot: The Growth of Overseas Buyers
Will London Have to Send More Banking Jobs to the...
Home Finance The UK Election and Brexit
Finance

The UK Election and Brexit 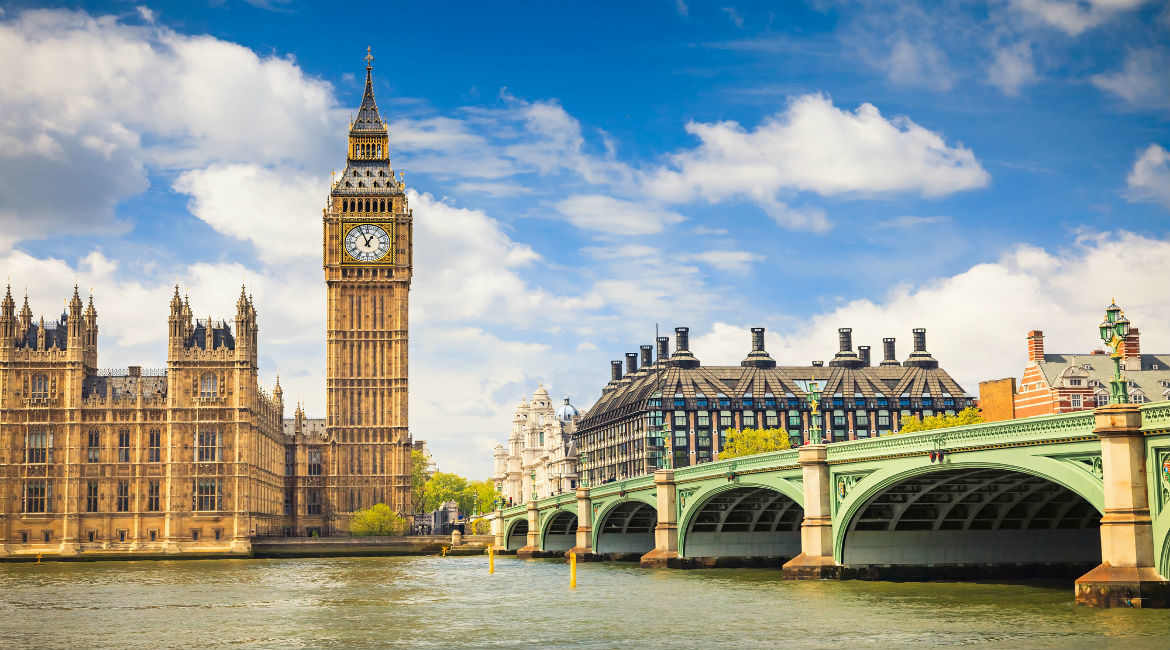 Just as the United Kingdom appeared to be making some progress on determining its route out of Europe, British politics once again threw up the most unpredictable of scenarios. The nation’s general election on June 8 resulted in Prime Minister Theresa May’s Conservative Party failing to win a parliamentary majority. As May repeated frequently—and infamously—during the election campaign, Britain needs “strong and stable” leadership to guide it through Brexit.

The election result, however, has had the opposite effect: It has hamstrung the government and severely weakened May’s own position. Although the crucial support of the Democratic Unionist Party was eventually secured via the promise of an additional £1 billion of additional spending in Northern Ireland, the government is now in a much less stable position than it was prior to the election. As things currently stand, May’s authority remains tenuous, her cabinet remains at odds with each other over how Brexit negotiations should proceed, and her position now appears to be hanging in the balance as discussions rumble on over whether other potential leadership candidates will replace her in the near future.

The result is proving to be a particularly significant stumbling block for future Brexit discussions. Since the election, it has become clear that the Conservative government is far from unified on its vision for exiting the bloc. Officially, the approach remains the same as it has been during the last few months; but behind the scenes—and indeed, increasingly in plain sight—cabinet ministers are at loggerheads over how the next few years should transpire. Brexit Secretary David Davis and Chancellor Philip Hammond, two of May’s cabinet heavyweights, have clashed over how a future deal would materialise—particularly with regards to how long the UK should take to fully complete its transition after the Article 50 negotiation process finishes in March 2019, and the UK ceases to be a European Union (EU) member.

Hammond, who is considered a Brexit “moderate”, prefers the UK pursue a longer implementation deal lasting up to four years, thus exceeding the maximum three-year limit that the European Parliament voted in April to be one of the UK’s red lines to which it must adhere. With there being a possibility that the UK could be faced with a “cliff edge” regarding trade tariffs, Hammond is pushing for the government to negotiate a transitional arrangement that “allows the complex supply chains and business relationships that criss-cross our continent to continue to deliver value”. Davis, however, insists that the nation be completely unattached to the customs union and single market by March 2019, and thus prefers a maximum transitional phase of three years. Davis also contends that Hammond has “said a number of things that are not quite consistent with each other. One of the most important things he’s said is that it’s got to be done before the next election. So that’s a maximum of three years”.

Such contention among the ranks is symptomatic of the failure by May to win that crucial outright majority. Had this been secured, it seems almost certain that the UK prime minister would have been further emboldened, to the extent that she would have been able to proceed with Brexit negotiations with significantly more confidence, as well as more solid backing from her cabinet. The majority would have strengthened the UK’s bargaining power when negotiating with the EU over the financial settlement and the remit of the European Court of Justice, for instance, in return for securing a new trade deal and an agreed transition to it. With May’s position since the election also looking precarious, moreover, it appears she now lacks the authority she once had to control the growing conflicts within her government—as well as the sufficient House of Commons votes needed to proceed with the kind of Brexit she favours. There is now also renewed hope among the government’s pro-Europeans that a “hard Brexit” will not come to fruition. Indeed, some go even further as to suggest that Brexit itself could be off the table—with ambassadors from larger EU member nations reportedly reviewing whether a reversal of the original Brexit decision could be in the offing, and with Germany’s finance minister, Wolfgang Schäuble, even suggesting that the UK will realise at some point that it “made a mistake”.

For the time being, however, such a scenario appears less than likely, with David Davis and Michel Barnier, the UK’s and European Commission’s respective chief negotiators for Brexit, having met on June 19 to begin the first round of talks. This has provided a much-needed, demonstrable indication that Brexit remains on track for the UK. That being said, Davis has already had to concede one of the UK’s main demands of having the negotiations surrounding the “divorce bill” run concurrently with the ones on future trade. Instead, talks centred on establishing a free-trade agreement will now be discussed only after the EU has decided that enough progress had been made on its own priorities.

Meanwhile, concerns have also been raised that since the election, a weakened government and prime minister will not be as enthusiastic about preserving the City of London’s eminent status as a global financial-services powerhouse. William Wright, the managing director of the think tank New Financial, believes that the government has been focusing on a free-trade agreement for goods such as “German cars, Italian prosecco and French cheese” since the election; however, “the most complicated area of any future agreement with the EU will be services, especially financial services”. Wright also predicts that banks, asset managers and insurers “will have to assume the worst-case scenario unless they get the answers they need in the next few months”. As an example, a hefty chunk of trade clearing in Europe goes through the London Stock Exchange’s LCH clearinghouse, which often clears stock and bond trades worth more than $1 trillion per day. The relocation of this vital component of London’s financial operations could see thousands of jobs being put at risk and damage the financial stability of the global financial system.

Erosion to London’s financial dominance also looks set to occur on the back of the UK losing its financial passporting rights, which currently allow certain services to be sold to and from anywhere within the union and which only require regulation in one country. Frankfurt, Dublin, Paris and Luxembourg, meanwhile, look set to be the biggest beneficiaries of the fallout. Irish authorities recently revealed that they had managed to secure agreements with more than a dozen major financial institutions, currently located in the UK capital, to move some of their operations to Dublin. This will allow them to maintain a base within the EU after the UK leaves the bloc. According to the head of international financial services at Ireland’s Industrial Development Authority, Kieran Donoghue, moreover, one firm could be moving 1,000 of its staff to Dublin, while at least one US bank is also included on the list. With 500 employees already based in Dublin, JPMorgan Chase is also building a 22-storey tower on the south of the River Liffey, while Morgan Stanley, Goldman Sachs and Nomura recently announced that some of their operations will move to Frankfurt. All banks and financial-services operations are required to be ready for Brexit by the end of March 2019, while the Bank of England wants UK financial firms to provide details of their Brexit plans by July 14, which should contain contingency plans for both soft and hard Brexit outcomes.

With the two-year timeline on the Article 50 process firmly underway, delays stemming from the lack of clarity that has resulted from the election could leave the UK with an uphill struggle further down the line. With nearly all negotiations between the UK and the EU yet to be discussed, let alone concluded, much remains up in the air over the UK’s European destiny. The impact of the election looks set to be a softening one on the kind of Brexit the country will ultimately achieve. Given the many surprises that have emerged from the UK’s internal politics in recent times, however, it would appear more than likely that further twists and turns will be uncovered during the process.

Globalization or Populism, Economy and Markets