Top Posts
Enabling the Drive Toward Green Finance with Technology
Why Have Tin Prices Struggled in 2022?
The Devil We Thought We Knew
How China Has Managed to Avoid the Inflation Bug
Are Your Bank’s Digital Marketing Metrics Meaningful?
Identifying Beneficial Ownership: A Regulatory Conundrum
Home Finance UK Inflation Climbs to Fresh 40-Year High
Finance 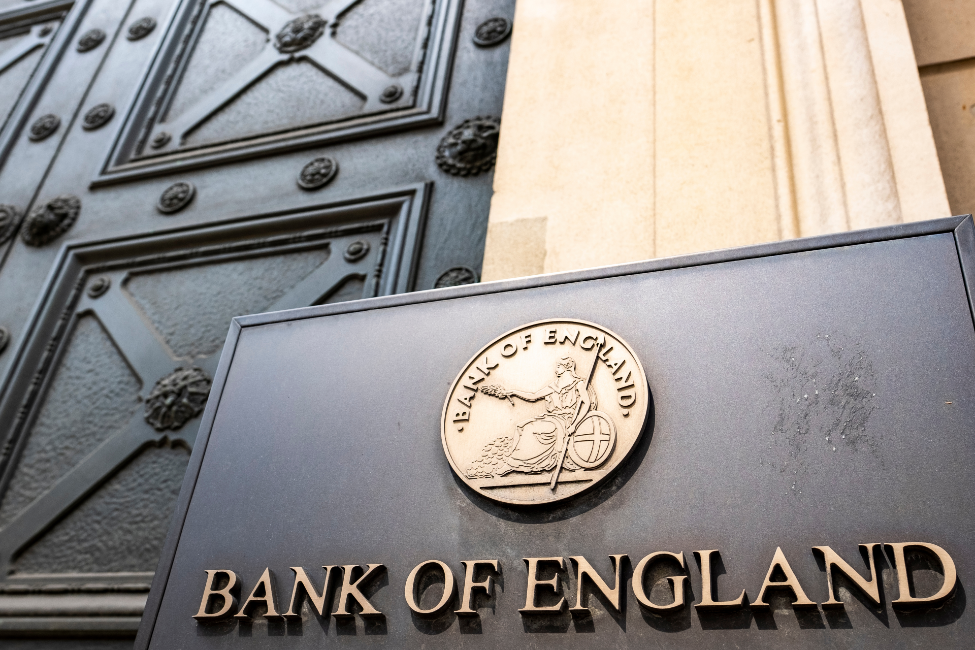 The United Kingdom’s annual inflation rate edged higher in May to 9.1 percent, the highest level since March 1982 and slightly higher than the 9.0 percent recorded in April. It is now the highest of the Group of Seven (G7) countries and thus underlines the extent of the UK’s cost-of-living crisis.

According to the Office for National Statistics (ONS), the Consumer Prices Index (CPI) also rose by 0.7 percent in May on a monthly basis, compared with a rise of 0.6 percent in May 2021, with rising prices for food and non-alcoholic beverages resulting in the largest upward contribution to both the monthly and annual rates. Indeed, the ONS noted that food and non-alcoholic drink prices are rising at the fastest annual rate since 2009, particularly for bread, cereals and meat.

The Consumer Prices Index including owner occupiers’ housing costs (CPIH), meanwhile, rose by 7.9 percent in the 12 months to May 2022, up from 7.8 percent in April, and is the highest recorded 12-month inflation rate in the National Statistic series, which began in January 2006. “Housing and household services contributed 2.79 percentage points to the CPIH 12-month inflation rate in May 2022,” the ONS reported. “This was the largest contribution from any division this month, and the largest contribution from housing and household services in the National Statistic series.”

All of this means that the UK is experiencing the highest inflation among the G7 economies, which also includes Canada, France, Germany, Italy, Japan, the United States and the European Union.

As such, analysts are now warning of the twin dangers of high inflation and recession hitting the UK, largely reflective of its reliance on substantial energy imports and sustained post-Brexit friction with the EU, which could dent its long-term trade prospects. “With the economic outlook so unclear, no one knows how high inflation could go, and how long it will continue for—making fiscal and monetary policy judgements particularly tough,” Jack Leslie, senior economist at the Resolution Foundation think tank, told Reuters.

Some expect Brexit to keep the UK’s inflation rate elevated for years. A report published in April by the London School of Economics (LSE) found that Brexit-related trade barriers had caused a 6-percent increase in UK food prices. “Additional barriers at the border such as checks, increased waiting times, and additional paperwork are costly for producers,” according to the report. “Firms could change the partner countries from which they are importing, or purchase domestically. But assuming they were operating in the most efficient manner initially, any change is going to incur extra costs. These costs may then be passed on to consumers.”

And several major banks, including Citigroup, Bank of America and Standard Bank, all see the UK as an outlier among advanced economies due to its decision to leave the EU, which in turn means that whilst other countries may eventually enjoy some respite from price pressures, the UK will take longer to do so as a direct consequence of Brexit-related immigration controls and supply-chain disruptions. “Inflation in the UK will be stickier over the medium to long-term because of Brexit,” according to Vasileios Gkionakis, head of European FX strategy at Citigroup. “The economy is extremely fragile and in desperate need of more fiscal support, which is unlikely.”

As such, the Bank of England (BoE) has a delicate balancing act on its hands by having to rein in inflation whilst preventing a deep, prolonged recession as well as further depreciation of an already weakened pound sterling. But to compound matters, the UK’s central bank has already acknowledged that inflation could go as high as 11 percent in October when the UK’s energy regulator, Ofgem (Office of Gas and Electricity Markets), is expected to lift the cap on domestic energy bills again, as it did at the start of April. As such, an already painful cost-of-living crisis that has engulfed the country is expected to intensify further over the coming months.

To rein in inflation, the BoE could hike rates more aggressively going forward than the five consecutive 25-basis-point increases it has approved thus far. “When we think about the next three to four years, not just the next 12 months, we believe there is every reason to expect that UK base rates will vault those in the US,” Steven Barrow, head of currency strategy at Standard Bank in London, explained to Bloomberg. “The market is not priced for this.”

“The market is currently telling us that the BOE will hike quite aggressively,” Francesca Fornasari, head of currency solutions at Insight Investment, added. “If that turns out not to be the case, particularly when inflation is quite high, that’s one of the things that could knock sterling further down.”

And even within the Bank of England, there have been growing calls for stronger monetary-tightening measures than has been the case thus far this year. “A more robust policy move…reduces the risk that domestic inflation…is further boosted by inflation imported via a sterling depreciation,” according to Catherine Mann, as quoted by the Financial Times. Mann is a BoE Monetary Policy Committee (MPC) member and voted for a more aggressive 0.5-percent hike at the Bank’s June 15th rate-setting meeting. “I open the door to a policy rate reversal in the medium term when the domestic supports to demand fade and when weakness in external sources of demand bite.”

How Technology Is Helping to Solve Global Supply-Chain Issues