Top Posts
Can the Indo-Pacific Economic Framework Expand US Economic Influence in...
Banks Remain Uniquely Vulnerable to Sophisticated Cyber-Attacks
Western Banks Willing to Accept the Short-Term Pain of Russian...
Why the US Is Ramping Up Its Presence in Somalia...
How Technology Is Helping to Solve Global Supply-Chain Issues
UK Inflation Climbs to Fresh 40-Year High
Home Finance UK Inflation Jumps to 40-Year High
Finance 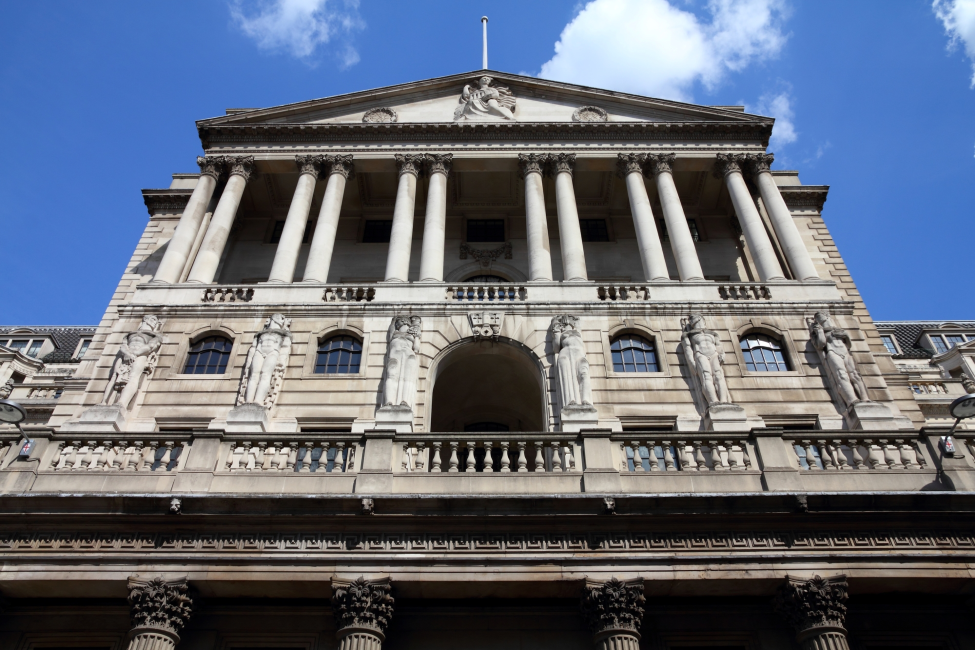 In the 12 months through April, inflation in the United Kingdom rose at its fastest rate since 1982, with the Office for National Statistics (ONS) announcing on May 18 that the Consumer Prices Index (CPI) had climbed to 9.0 percent, up from the 7.0 percent posted in March.

On a monthly basis, the CPI rose by 2.5 percent in April, compared with a rise of 1.1 percent in March and a 0.6-percent increase a year earlier in April 2021.

This acceleration largely reflects the surge in energy costs faced by millions of people around the country following the Ofgem’s (Office of Gas and Electricity Markets’) decision to increase its household-energy price cap by 54 percent from April 1. The UK’s energy regulator announced in early February that those households on default tariffs would experience an increase in their bills of between £693 and £708 per year, driven by a record rise in global gas prices over the last six months, with wholesale prices quadrupling in the last year. “Countries around the world are dealing with rising inflation,” said UK Chancellor of the ExchequerRishi Sunak, the finance minister. “Today’s inflation numbers are driven by the energy price cap rise in April, which in turn is driven by higher global energy prices. We cannot protect people completely from these global challenges but are providing significant support where we can, and stand ready to take further action.”

Indeed, the ONS noted that rising prices in April for electricity, gas and other fuels resulted in the largest recorded upward contribution to the monthly rate, with 12-month inflation of 53.5 percent for electricity and 95.5 percent for gas, compared with rates of 19.2 percent and 28.3 percent, respectively, in the previous month. Higher fuel and food prices have also materialised on the back of the Russia-Ukraine war, whilst recent lockdowns in China have put an additional strain on already vulnerable supply chains and have thus pushed up producer prices.

Such price shocks have contributed to a rapidly escalating cost-of-living crisis for UK citizens, with the poorest being affected the most, given that they typically spend a greater proportion of their household budgets on gas and electricity. According to a survey of 2,000 Britons conducted by Ipsos and Sky News, a quarter of Britons now have to skip meals due to rising bills. “There are desperate stories behind these figures,” Clare Moriarty, chief executive of Citizens Advice, told the BBC. “People washing in their kitchen sinks because they can’t afford a hot shower; parents skipping meals to feed their kids; disabled people who can’t afford to use vital equipment because of soaring energy bills.”

It should come as no surprise, then, that the UK now holds the unenviable title of having the highest inflation rate amongst Europe’s five biggest economies and is almost certain to be the highest within the G7, with Canada and Japan’s imminent inflation announcements for April unlikely to match the UK’s 9 percent. “Unlike in the US, UK inflation continues to rise for the time being, stoking further fears around the cost of living,” Richard Carter, head of fixed interest research at Quilter Cheviot, acknowledged in a recent research note. “It will also add to the pressure on the Bank of England to increase interest rates and get to grips with soaring prices even if, as they admit themselves, many of the factors driving inflation are beyond their control.”

The Bank of England (BoE) has already raised interest rates four consecutive times since December, with the most recent being on May 5, which saw the benchmark Bank Rate reach a 13-year high of 1.0 percent. The Bank’s Monetary Policy Committee (MPC) also expects UK inflation to hit 10 percent this year. “Global inflationary pressures have intensified sharply following Russia’s invasion of Ukraine,” the MPC acknowledged. “This has led to a material deterioration in the outlook for world and UK growth.”

Further monetary tightening thus appears to be in the offing, although the BoE must also walk a tightrope between raising rates too quickly and triggering a recession or being too dovish and stimulating excessive wage growth. “For the first time since records began, there are fewer people unemployed than there are job vacancies, and the unemployment rate now sits at a nearly 50-year low, and workers are capitalizing on their increased bargaining power to ask employers to raise pay to cope with higher living costs, with wage growth now running at 7%,” noted Ambrose Crofton, global market strategist at J.P. Morgan Asset Management. “The risk is that should [the Bank of England] raise interest rates too quickly at a time when consumers are already feeling the pinch, then this could crimp demand and push the economy into recession. Doing too little, however, risks entrenching inflation expectations and driving a more persistent wage-price feedback loop.”

But with Ofgem updating its energy cap every six months, the impacts of military conflict and further lockdowns are highly likely to prompt the regulator to raise the cap again in October. As such, high inflation could persist for some time to come.