Top Posts
Challenges Remain, But There Are Opportunities to Be Had in...
Interview with Mr. Olukayode Pitan, Chief Executive Officer and Managing...
Commodities Outlook for 2023
The Value of Cash in a Time of Crisis: How...
The US-Africa Leaders Summit: Fostering a Closer Relationship with the...
Three Key Sectors in Which to Invest in 2023
Home Finance Unemployment in South Africa: Urgent Attention Required
Finance 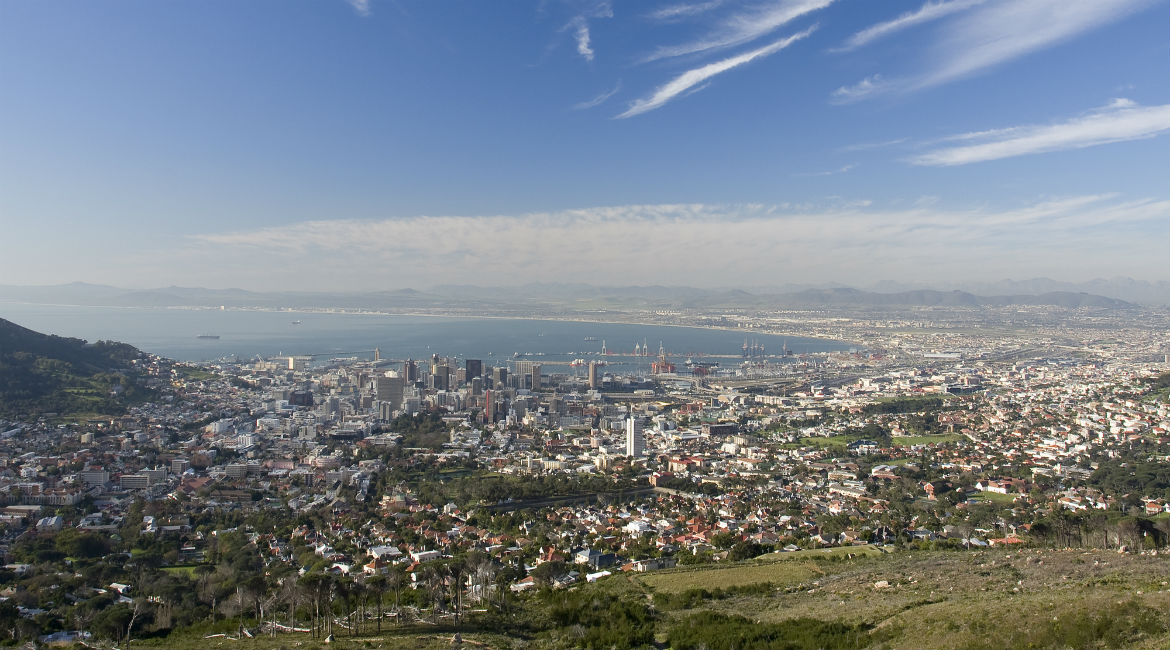 In August and September 2018, a survey was carried out by pan-African research institution Afrobarometer of 1,800 South African citizens, delving into what they considered to be the most important challenges facing the government. A hefty 62 percent of the respondents said unemployment reduction should be the most crucial issue, well ahead of other serious problems such as crime, housing and education.

South Africa increasingly faces a reckoning when it comes to its swelling numbers of jobless people in the country. The release of a handful of reports during the final quarter of 2019 has given the country much upon which to reflect, as unemployment surges to record figures. In late October, the Statistics South Africa’s (Stats SA’s) Quarterly Labour Force Survey (QLFS) for the third quarter showed that unemployment rose by 0.1 percent from the previous quarter to hit 29.1 percent, the highest level recorded since the commencement of the survey back in 2008.

Internationally, South Africa’s 29.1-percent unemployment rate ranks as the worst of all of the world’s major economies. And comfortably so, with Nigeria next in line at 23.1 percent and then Turkey at 14.0 percent. And as far as the BRICS countries are concerned, of which South Africa represents the Sof that acronym, the country’s rate is well behind that of its fellow members—more than double that of Brazil at 11.6 percent and much worse compared to India (8.5 percent), Russia (4.6 percent) and China (3.6 percent).

A net total of 28,000 jobs were shed between the second and third quarters, equivalent to a 0.3-percent decline. Job losses were felt in industries almost across the board, with both the manufacturing and construction sectors shedding 12,000 jobs each from the previous quarter, and the community-services sector losing 11,000 jobs. As such, 6.7 million people in total are now officially unemployed out of an active labour force of 23.1 million, while a further 15.5 million of the working population are not considered to be economically active.

Over a longer timeframe, moreover, the numbers leave much to be desired. Unemployment in South Africa has increased by 4.6 percent in the last ten years, by 3.7 percent in the last five years and by 1.5 percent in the last year alone. And going back even further reveals just how deep-seated South Africa’s employment woes have become. The government recently published a report chronicling the 25 years of progress that has been made by South Africa since it became a democracy. Citing data from Stats SA, the report shows that back in 1994, 8.9 million people in the country were employed, while unemployment officially ran at 20 percent, although this measure did not take into account the Bantustan territory that was initially established during the time of apartheid for black inhabitants. By the end of 2018, the number of people employed had almost doubled to 16.5 million people, representing 28.5 percent of the population. And yet unemployment figures worsened during the period. As the report notes, although the economy grew by 2.8 percent on average between 1994 and 2018, “it has not been able to absorb the number of people needing employment”.

All of this has meant that there is now severe inequality within the Rainbow nation. For instance, one of the most alarming statistics from the report is that those aged between 15 and 24 years are experiencing a horrendous unemployment rate of 58.2 percent, standing in stark contrast to the 9.9-percent rate for the pre-retirement cohort of 55-64. As the 25-year government report acknowledged, youth and women “bear the brunt of unemployment”. Youth unemployment rose dramatically between 2008 and 2018, from 44.9 to 54.7 percent. Released in November by South Africa’s Statistician-General, Risenga Maluleke, the joint Stats SA and Southern Africa Labour and Development Research Unit (SALDRU) report “Inequality Trends in South Africa – a multidimensional diagnostic of inequality” shows that labour-market income is the prime contributor to income inequality rather than other income sources such as social grants and remittances.

But perhaps most sobering of all is that black workers in the country experience an unemployment rate around four times worse than that of their fellow white citizens. According to the Statistician General, black unemployment in 2017 was at 31 percent, while for Indians/Asians and whites, it was 11.6 percent and 6.7 percent respectively. Black women faced the worst prospects, with an unemployment rate of 34.5 percent, slightly more than the 31.3 percent recorded for black men. Black South Africans also have “worse employment outcomes” as well as “the lowest wages when they are employed”, while white citizens earn “substantially higher wages than all other population groups”. As such, the report characterises the labour market in South Africa as having “heavily racialised inequality”, although unemployment among the white population has also started to creep up, albeit at a lower rate vis-à-visother population groups.

To compound matters, many believe that the official 29.1-percent figure is in fact underestimating the true jobless rate in South Africa. In order to be counted as officially unemployed by Stats SA, one must be actively looking for work. Those who don’t want to gain employment, therefore, are not counted as unemployed, as they are not considered economically active. But when using an expanded definition of unemployment, which includes this cohort of people as well as those who have given up on meaningful efforts to find a job, the unemployment rate rises to a whopping 38.5 percent. This underlines the extent of the problem in South Africa: the number of workers who are discouraged and have given up on gaining employment has become too big to ignore and highlights just how dire the situation has truly become.

“It’s desperate,” George Glynos, head of research and analytics at ETM Analytics, explained to local publication Business Maverick. “Structural rigidities stand in the way of any meaningful growth and employment.” A similar view is held by Marique Kruger, an economist for the Steel and Engineering Industries Federation of Southern Africa (SEIFSA), who in light of the poor annual GDP (gross domestic product) growth for the third quarter of just 0.1 percent recently observed that the decline in employment for the same period “correlates with structural challenges faced by South Africa’s industrial production”.

But why is this the case? For one, the report cites the “inability of the economy to create jobs coupled with the high-level entry requirements and the skills mismatch” as reasons for persisting structural unemployment. Part of the reason can also be attributed to the population growth rate, which has outpaced economic growth during the 25-year period.

Further explanations have been posited recently. Vimal Ranchhod, professor of economics at the University of Cape Town’s School of Economics and the acting director of the Southern Africa Labour and Development Research Unit (SALDRU), recently remarked that labour demand in the country has not sufficiently adapted to the vast pool of unskilled labour that’s available. And Mr Ranchhod points to three specific factors that explain this:

So, what can be done to alleviate the problem? Mr Ranchhod urges the development of a “high-quality educational sector that is accessible to everyone” as a priority. “We need to address widespread poverty, as it limits human development. We need to find a way for firms and labour to cooperate better. Finally, we need a dynamic and innovative economy where people are sufficiently rewarded for experimentation and risk-taking.”

In November 2018, President Cyril Ramaphosa announced his goal of generating investment of up to $100 billion over five years. “The new investments over five years are with the view of addressing low economic growth and reducing unemployment,” Ramaphosa said. One year later, the president announced that R363 billion (US$25 billion) of investment commitments had been made. “We’ve received indications of a further R8 billion rand of investments that are still subject to board approvals. These investments will conservatively lead to the creation of about 412,000 direct jobs over the next five years.”

The government has also implemented a range of policies, especially aimed at getting young people and women into jobs. The Employment Tax Incentive (ETI) has tried to boost demand for young workers, while the Expanded Public Works Programme (EPWP) targets both young people and women. Industrial policy has also prioritised employment above other factors when providing industries with government support.

Ultimately, however, it would seem that little has worked to reverse the climbing unemployment rate. As such, the country’s National Development Plan, which aims to reduce unemployment to 6 percent by 2030 with 24 million employed, is seeming less achievable. The government’s 25-year review notes that in order to meet the target, the number of individuals employed “needs to increase by 11 million from the 2010 base figure of 13.6 million”. With growth flatlining, investment needs to continue on its recent upward growth trajectory if it is to stimulate higher business confidence and create jobs as a result. But plenty of work still lies ahead if South Africa is to bring its jobless numbers back down to respectable levels.