Top Posts
Crypto-assets and the Relevance of International Private Law
Whither International Banking Regulation?
Interview with Mr. Selman Bicaco Urrutia, Head of Private Banking...
Interview with Ms. Jelena Galić, Chairperson of the Board of...
The International Banker 2022 Western & Eastern European Awards Winners
Why the Status of the Fifth-Largest Economy Is a Job...
Home Finance Unseen Stories: How Financial Institutions are Helping in the Fight Against Modern Slavery
Finance 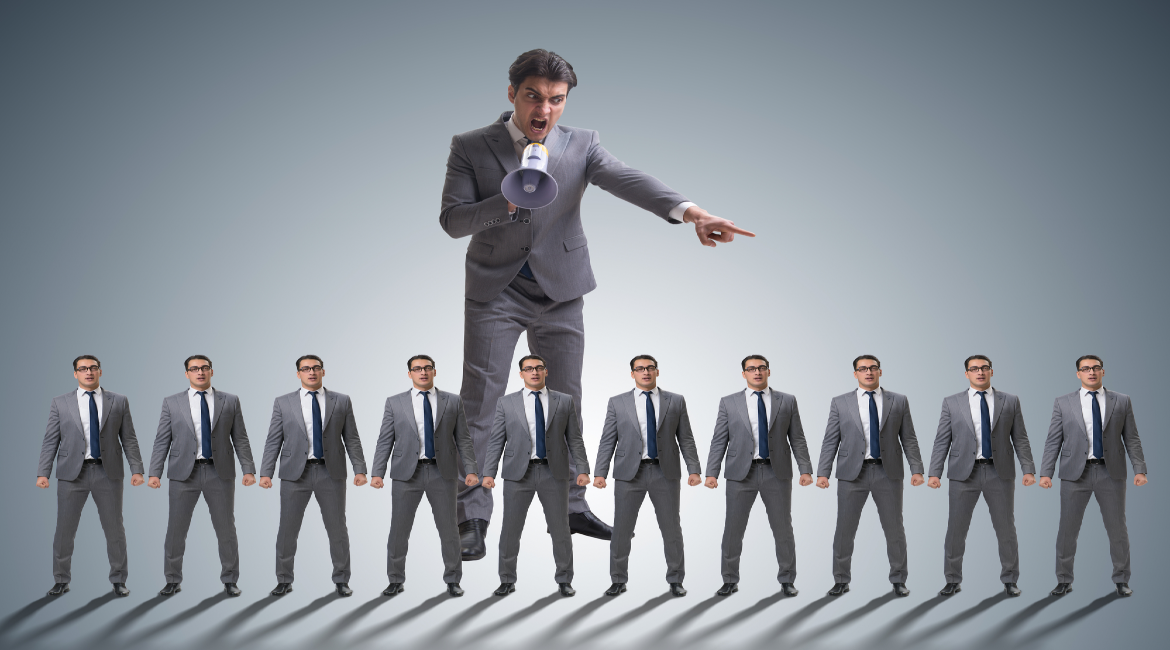 Modern Slavery is an issue that continues to cause anguish in every country of the world.  The term covers a range of different activities including forced labor, debt bondage and human trafficking.  These issues affect millions of men, women and children across the globe.

In the fight against Modern Slavery, financial intelligence is an important tool.  Financial institutions are collaborating more and more closely with law enforcement, each other, and experts in non-governmental organizations (“NGOs”) to identify the criminal networks that support Modern Slavery. New, effective, and innovative partnerships are being established, but there are challenges and more can be done to break down the barriers that hamper banks’ collective ability to join the fight.

Modern Slavery is one of the fastest growing criminal activities in the world, creating an estimated 40 million victims globally.  Modern Slavery networks generate significant sums of money, including from work done by the victims. These funds represent the proceeds of crime, with approximately $150 billion in illicit proceeds being generated every year.[1]

The proceeds of crime have been very much a focus for financial institutions for the last few decades.  Banks have put in place systems and controls to combat money laundering and terrorist financing.  They identify their customers and the associated money laundering risks, monitor transactions, and are obliged to report suspicions to law enforcement. Many banks are concerned that the considerable efforts made and monies spent on these measures are more effective at managing regulatory risk than disrupting and preventing crime.  For example, millions of suspicious activity reports (“SARs”) are filed every year around the world, setting out suspicions regarding money laundering or terrorist financing.  Research suggests that the vast majority of SARs are of no immediate value to ongoing law enforcement investigations.[2]

However, banks have played an important role in targeting a number of specific issues and one area where they have added particular value is regarding the fight against Modern Slavery.  Many large, international financial institutions have made plain their commitment to fighting Modern Slavery and here we discuss current and future solutions.

Banks have access to information that can be extremely useful to law enforcement.  The transactional details and due diligence collected by financial institutions as part of their anti-money laundering (“AML”) and other compliance obligations are uniquely placed to identify the criminal networks that facilitate and promote Modern Slavery.  This financial intelligence can reveal connections between networks and can highlight key links regarding the movement of funds. Victims of Modern Slavery can be reluctant to cooperate with law enforcement for a number of reasons, which may include the trauma they may have suffered,  fear of being ostracized from their community for acts connected to their exploitation, their personal association with suspect financial accounts operated by their handlers,[3] their potentially undocumented legal status, a language barrier, and cultural attitudes towards law enforcement.  The availability of solid financial intelligence against criminals involved in Modern Slavery takes pressure off victims and provides greater opportunities for bad actors to be brought to justice.

As strong and reliable as it is, financial intelligence is not without its limitations. Transactional data can be very difficult to interpret.

Technology to the Rescue?

Financial institutions collect vast volumes of information and data about their customers and their customers’ transactional activities. The challenge that these institutions face is that most of this information is monitored through processes which are rules-based and may focus on flagging transactions of a certain size, frequency or destination.  This rigid approach can make it difficult for financial institutions to identify patterns and detect signs of Modern Slavery.

Machine learning and artificial intelligence (“AI”) capabilities could vastly improve the ability of banks to identify, report, and ultimately prevent or disrupt Modern Slavery. These advanced technological solutions are available now.  Early adopters are taking advantage of these tools to better identify the red flags associated with Modern Slavery. For example, detecting red flags regarding issues such as human trafficking and prostitution may require extensive analysis of transactional data and due diligence data held by banks, but may also require external sources of information such as adverse media, web and social media channels.  Advanced technology can examine all available data and identify patterns of cash or wire transfers at particular times, in or around geographical areas associated with ‘red light districts’ or human trafficking, and simultaneously check for any links between account holders and beneficiaries of payments, and any allegations of their involvement in Modern Slavery crimes.

Government policy recognises that the current AML regime, of which financial institutions are a critical part, could function better.  One solution to this problem has been the introduction of public-private partnerships where law enforcement, financial institutions and NGOs work together to exchange and analyze information relating to money laundering and wider threats.  This public/private partnership model is growing in popularity around the world.

An early example of this in relation to Modern Slavery occurred in 2013 in the US. The Manhattan District Attorney’s Office and the Thomson Reuters Foundation sponsored an initiative to address Modern Slavery.  The initiative pulled together a number of financial institutions, the Human Trafficking Pro Bono Legal Center, and the US Immigration and Customs Enforcement agency to assist the financial institutions in identifying transactions by suspected traffickers, share financial and technical expertise and discuss cross-border approaches to combatting Modern Slavery.[4]

In the UK, banks have liaised with law enforcement regarding human trafficking issues since at least 2014.  This was put on a more formal footing following the establishment of the Joint Money

Laundering Intelligence Taskforce (“JMLIT”) in 2015, which brought private sector banks and UK law enforcement together in a public/private information sharing partnership.  JMLIT has a broad mandate regarding money laundering and other economic crime threats. Started as a pilot scheme in early 2015, just before the UK’s Modern Slavery Act 2015 came into force, JMLIT was put on a permanent footing in 2016.  It has helped financial institutions form a better understanding of Modern Slavery indicators, while continuing to build a rapport and enable more effective information sharing between financial institutions and law enforcement.[5] Tom Keatinge, a thought leader and head of the financial crime team at the think tank RUSI, has noted that “in the five years since it was created, the JMLIT has engendered a step-change in the UK’s response to economic crime.”

The JMLIT public/private partnership model has also been perceived as a success on the international stage and the concept has been exported to other jurisdictions including the Netherlands and Hong Kong.  While these partnerships have increased the ability of financial institutions to detect and deter threats such as Modern Slavery, significant challenges remain.

While the number of SARs filed may seem low, some jurisdictions make efforts to prioritize SARs relating to human trafficking and other crimes against vulnerable people. For example, the UK’s Financial Intelligent Unit uses daily key word searches and analysis of glossary codes to identify information on potential human trafficking so that it can act quickly.[8]

As discussed above, technology has emerged as a key tool in tackling Modern Slavery in the financial services sector. AI sharing platforms already exist to enable financial institutions and law enforcement to securely and efficiently share intelligence, as well as improve information sharing concerning previous and ongoing investigations into financial crime and Modern Slavery amongst different, but often siloed, parts of the same organization.

Similarly, advanced tools powered by machine learning and AI help financial institutions and law enforcement to quickly analyze and assimilate vast quantities of data and correlate multiple sources of information to identify emerging patterns, links and anomalies. These tools can not only support the investigations process but also have the ability to predict the changes to criminal behavior that can be observed through, for example, transactional patterns. Such technology has the potential to revolutionize and turbo-charge the identification and disruption of Modern Slavery and other financial crime issues.

Public/private information sharing partnerships have also been a very useful tool. However, the members of such groups tend to be the larger, international financial institutions.

As encouraging as these efforts are, a key weakness in the use of financial intelligence in the fight against Modern Slavery remains: namely, a lack of effective detection of red flags through transaction monitoring and the inability to share specific, actionable financial data among financial institutions in different jurisdictions.

Strict privacy laws make such information sharing challenging and inefficient.  Criminals operating internationally, including those involved in Modern Slavery, are quick to exploit these weaknesses.  Even financial institutions with sophisticated financial intelligence capabilities and robust information-sharing partnerships can lose track of criminal funds as soon as they are transferred to another jurisdiction.

Governments, financial institutions, policymakers, lawyers, law enforcement agencies, technologists and data scientists should build on the momentum developed through partnerships like JMLIT to brainstorm creative solutions to this fundamental problem that balance the need for financial intelligence against legitimate and fundamental privacy interests.

This article is prepared for the general information of interested persons. It is not, and does not attempt to be, comprehensive in nature. Due to the general nature of its content, it should not be regarded as legal advice.

[3] It is not uncommon for traffickers and handlers to force victims of Modern Slavery to open financial accounts in the victims’ own names and then funnel proceeds from illicit activity through those accounts.

New Oil and Gas Discoveries Set to Fundamentally Transform the Economies of Guyana, Suriname and the Wider Caribbean Region