Top Posts
Western Banks Willing to Accept the Short-Term Pain of Russian...
Why the US Is Ramping Up Its Presence in Somalia...
How Technology Is Helping to Solve Global Supply-Chain Issues
UK Inflation Climbs to Fresh 40-Year High
Extended Reality and the Metaverse Are Leading Financial Services into...
Digital Currency: India’s Move Towards a Digital Financial System
Home Finance Uruguay Short on Banks to Deal in Marijuana Funds
Finance 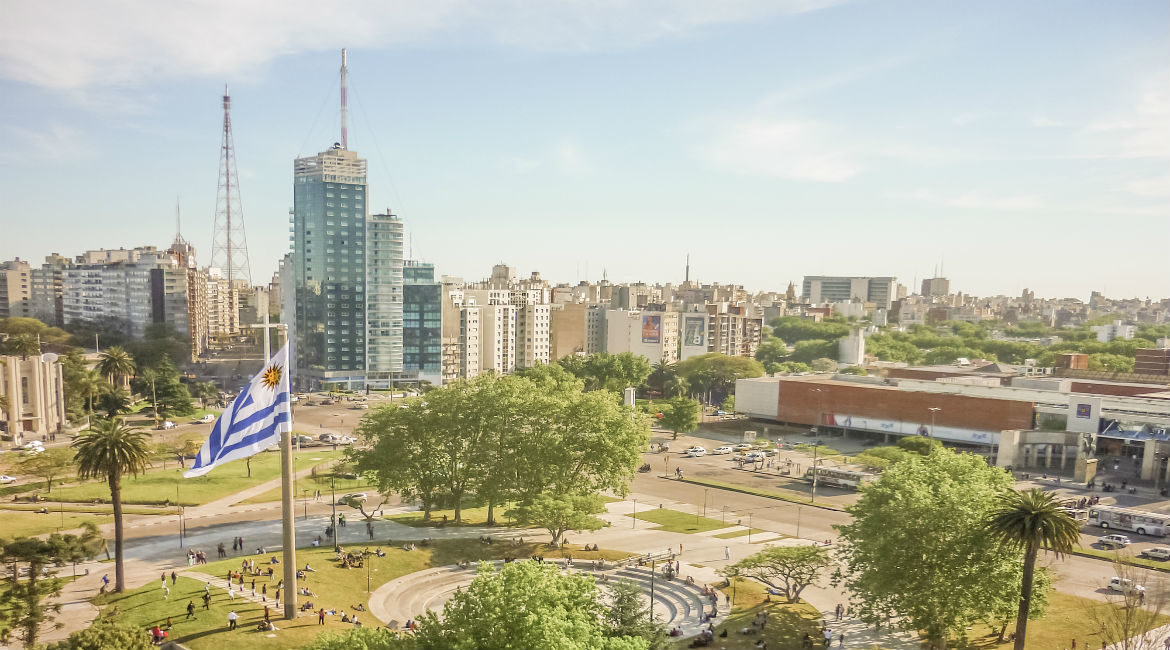 Uruguayan pharmacies began sales of legal marijuana to much fanfare. With lines stretching around the block, the pharmacies soon found their supplies were unable to meet booming demand for the newly available drug. With nearly a four-year rollout process following marijuana’s legalization, Uruguayan cannabis advocates were teeming with anticipation to make their first legal purchases. The first country to fully legalize the drug for recreational use, Uruguay’s 2013 decision to allow the legal growth, sale and use of recreational marijuana has been a bellwether to the growing block of countries looking to establish their own marijuana policies.

Enter the Patriot Act of the United States. A critical part of this law prohibits American banks from doing business with distributors of “controlled substances”: a category that includes marijuana. Soon after marijuana sales began in Uruguay, major American banks advised they would cut ties with Uruguayan banks providing services to distributors of legal marijuana. The threat of being shunted from the American banking system prompted Uruguayan banks to warn pharmacies that their bank accounts would be shut down if they dealt in the newly minted marijuana industry.

Fearful for their livelihoods, pharmacies have expressed that they will suspend sales of marijuana if banks follow through with account closures. With Uruguayan banks prioritizing a good relationship with American banks, and marijuana sales still representing relatively negligible market share, marijuana sales seem to be at an impasse. As the government scrambles to find a solution, many have become publicly frustrated with the unforeseen obstacle—former President José Mujica chief among them—as the three-year preparation following the substance’s legalization was meant to ensure a smooth policy rollout.

The rollout process was meticulously debated in the Uruguayan parliament for years. Understanding the gravity of the decision, Uruguayan lawmakers sought to ensure that the controversial initiative was handled as carefully as possible. Above all, officials sought to provide a legal route for distribution of the drug, while taking market share away from the illegal drug trade that has coursed through much of Latin America. Pushing to fight against drug trafficking, the regulatory framework was developed to allow Uruguayan citizens—sales to foreigners are prohibited—to grow limited supplies of marijuana privately or to purchase the drug from pharmacies.

Both measures were meant to provide the drug at below black-market rates and undercut the monopoly held by the region’s oft-violent drug traffickers. While only Uruguayan citizens and permanent residents are permitted to purchase legal marijuana, there are strict regulations that moderate legal sales to the more than 12,500 Uruguayans registered to purchase marijuana. Monthly purchases are capped at 40 grams a month per person, and the identities of the customers are confirmed through fingerprint scanners installed at point-of-sale locations.

But the legislative tiptoeing did little to stave off the ire of US officials. Despite a concerted effort between government and industry to provide legal provision of marijuana, the American law is hard and fast on the subject. In the US, marijuana is registered as a Schedule 1 controlled substance akin to heroin. The relevant section of the Patriot Act that prohibits business with dealers of illegal drugs is an attempt to crack down on drug money laundering and the potential funding of terrorist organizations. Despite a growing Cannabis Caucus in the US federal government pushing for reform on federal treatment of marijuana, there is still strong opposition from Attorney General Jeff Sessions. While President Donald Trump had expressed a desire to facilitate a comprehensive federal policy on marijuana during his campaign, recent moves from the White House suggest that there may be limited support for reform on marijuana policy. This comes as unwelcome news, not just for Uruguayan marijuana sellers, but for US sellers as well.

Eight US states have legalized recreational use of marijuana, and the industry has exploded beyond original sales projections. Expected to reach sales of $7 billion in 2018, the US recreational marijuana industry has proved highly lucrative. However, the same obstacles plaguing Uruguayan sellers have affected legal establishments state-side, with myriad unforeseen consequences. Banks are increasingly unwilling to accept funds earned from marijuana sales. Dispensaries have become increasingly restricted by the limitations and are struggling to find a means to deal with the torrents of sales revenue.

The issue has resulted in a multibillion-dollar industry operating almost entirely in cash. Droves of legal marijuana sellers report that they must deal exclusively in cash as they cannot accept debit or credit transactions. With no banks willing to accept the funds, these dispensary owners are sitting on mounds of cash that are being stored under their mattresses and in any nook or cranny they can find. The situation has become increasingly dangerous for these entrepreneurs, who are reporting growing numbers of robberies, assaults and even kidnappings in some cases.

With few options available, many are continuing with their cash operations, while others have gone as far as establishing shell corporations to find a workaround to deal with the issue. However, this creates legal concerns as many come under money-laundering scrutiny from officials.

Barring an outright end to marijuana sales, Uruguay looks set to travel the same road. Other options such as credit unions are also on the table but could pose the same problem. Bitcoin sales and home growers’ clubs provide alternative options, but these would be technologically prohibitive or a backslide to a pre-legislation environment, respectively. With reports of violence attached to the cash-based US marijuana industry, there is a higher likelihood that marijuana sales will be suspended until a solution can be found by the country’s legislators. At present, Uruguay is looking to take advantage of its marijuana sales elsewhere. The country has announced that it will be producing medical marijuana and cannabis oil for export to foreign markets—Canada and Germany are on the list of potential trade partners—and the growing hemp industry seems poised to capitalize on a bumper crop of marijuana supplies. Both are a safer investment than the marijuana market as there are no restrictions on these goods per US law.

The situation calls into question what the landscape will look like once Canada follows through with its proposed marijuana-legalization bill. Set to legalize the drug by mid 2018, the US’s northern neighbour will break ground by becoming the first G7 country to legalize recreational-marijuana use. With a modern economy legalizing the drug so close to home, the move could prompt US lawmakers to re-evaluate marijuana reform.

The investment environment in Canada also seems poised to cooperate with the Canadian move as well. While a slight dip in marijuana stocks lent credence to warnings by money managers to stay away from them, new activity in the Toronto Stock Exchange seems to have bucked that trend. Recently, the Horizons Medical Marijuana Life Sciences exchange-traded fund (ETF) was unveiled, allowing for investment into a basket of marijuana companies including 11 in Canada and 4 in the United States. The relatively diversified ETF is expected to help temper the volatility of individual marijuana stocks and allow those looking to turn a profit on the nascent industry to dip a toe in. The question remains, however, if the US government will choose to play ball, or if Canada will be next on the blacklist.