Top Posts
How Gamification is Catapulting Digital Banking to the Next Level
Challenges Remain, But There Are Opportunities to Be Had in...
Interview with Mr. Olukayode Pitan, Chief Executive Officer and Managing...
Commodities Outlook for 2023
The Value of Cash in a Time of Crisis: How...
The US-Africa Leaders Summit: Fostering a Closer Relationship with the...
Home Finance US Economy Adds the Most Jobs in Four Months in February
Finance

US Economy Adds the Most Jobs in Four Months in February 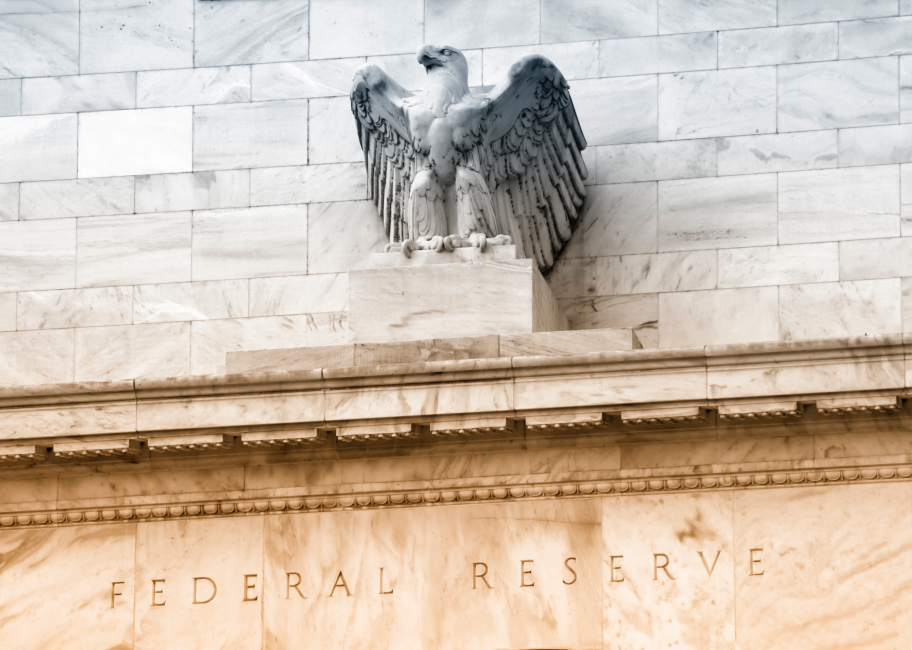 With the number of coronavirus cases continuing to ease amid a largely successful rollout of COVID-19 vaccines across the country, the United States added more jobs in February than it had in four months. According to the U.S. Bureau of Labor Statistics (BLS), total nonfarm payroll employment rose by 379,000 in February, which was considerably more than the 200,000 economists surveyed by Dow Jones and The Wall Street Journal had expected. The unemployment rate, meanwhile, dropped marginally by 0.1 percent to 6.2 percent. 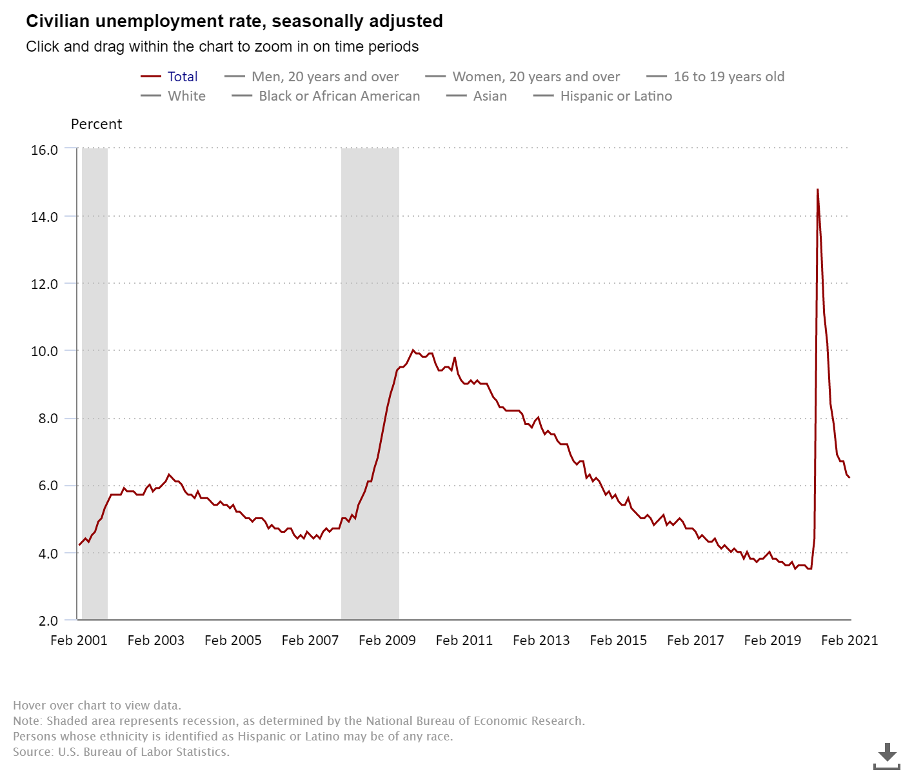 The previously beleaguered leisure and hospitality sector—which includes hotels, museums, resorts, restaurants and amusement parks—experienced the most significant gain across February, with 355,000 jobs added. Within the sector, it was mainly food service that contributed the bulk of the hires during the month, at 285,900. That said, a handful of sectors also posted modest net losses, such as government and construction, which lost 86,000 and 61,000 positions, respectively.

“The labor market continued to reflect the impact of the coronavirus (COVID-19) pandemic,” the BLS noted. “In February, most of the job gains occurred in leisure and hospitality, with smaller gains in temporary help services, health care and social assistance, retail trade, and manufacturing. Employment declined in state and local government education, construction, and mining.”

The US labor force participation rate remained steady in February at 61.4 percent, which is 1.9 percent lower than a year earlier, while the employment-population ratio changed little over the month, standing at 57.6 percent but down by 3.5 percent on an annual basis. And February’s jobs report also included an upward revision to January’s figures, with the payroll gain being reported as 166,000, up from the previous figure of 49,000; while December’s loss was even deeper than before, falling from -227,000 jobs to -306,000.

With the mostly successful deployment of coronavirus vaccinations across the US, coupled with the impending start of spring and warmer weather, therefore, many see February’s jobs report as boding well for the US economy during the coming months. Indeed, following the report’s release on March 5, the yield on the 10-year US Treasury note rose to its highest level in more than a year, while the US dollar strengthened and US stocks gained in early trading.

“Today’s employment report smashed expectations as 379K jobs returned to the economy during the month of February. This was a welcomed change of events for a suppressed labor market as we begin to turn the helm on a restrained economy and open back up,” according to Charlie Ripley, senior investment strategist for Allianz Investment Management. “Looking ahead, it appears the ship is pointed in the right direction, and the additional stimulus coming from Congress should be the wind in the sails to get the economy back on track.”

In terms of specific sectors, meanwhile, some see service sectors such as leisure and hospitality continuing to lead the way in hiring numbers going forward. “The core story here is that the re-opening of services will be the dominant factor in the payroll numbers over the next few months,” Ian Shepherdson, chief economist at Pantheon Macroeconomics, noted. In March, job growth “could easily see a 1 million” gain in employment unless there’s a resurgence in infection rates, he added.

But while the US certainly seems on the path to recovery as far as employment numbers are concerned, many more jobs still need to be added for the economy to return to pre-pandemic levels. Indeed, with 1.7 million jobs lost in March 2020, followed by a whopping 20.7 million in April, the US still needs to add another 9,475,000 jobs to return to the employment numbers it held before the pandemic.

The unemployment rate also remains historically high, despite steadily declining to below 7 percent by the final quarter of 2020 after peaking at 14.7 percent in April. And although both February’s unemployment rate at 6.2 percent and the number of unemployed persons at 10.0 million changed little from January and are well below April 2020 highs, the BLS stated, they remain well above their pre-pandemic levels of February 2020 (3.5 percent and 5.7 million, respectively).

“Now in the second year of the pandemic, the labor market has 9.5 million fewer jobs than it did before the coronavirus arrived in the U.S. That gap rises to 11.5 million once you consider the jobs gains we would have seen absent the crisis,” Nick Bunker, economic research director at US labour market specialist Indeed Hiring Lab, told Yahoo Finance. “At this pace, it will take about four and a half years to get back to where the labor market would have been without the pandemic. Millions of Americans out of work do not have that time.”

Jerome Powell, chair of the Board of Governors of the Federal Reserve System, also warned on Thursday, March 4, that the US labour market remains a long way from maximum employment, although there is good reason to expect job creation to pick up in the coming months. “We want to see that the gains in employment are broad-based,” Powell said. “We have a high standard for defining what maximum employment is, and we think it will take some time to get there.”

Green Crime: A Threat to Global Financial Stability and Sustainability