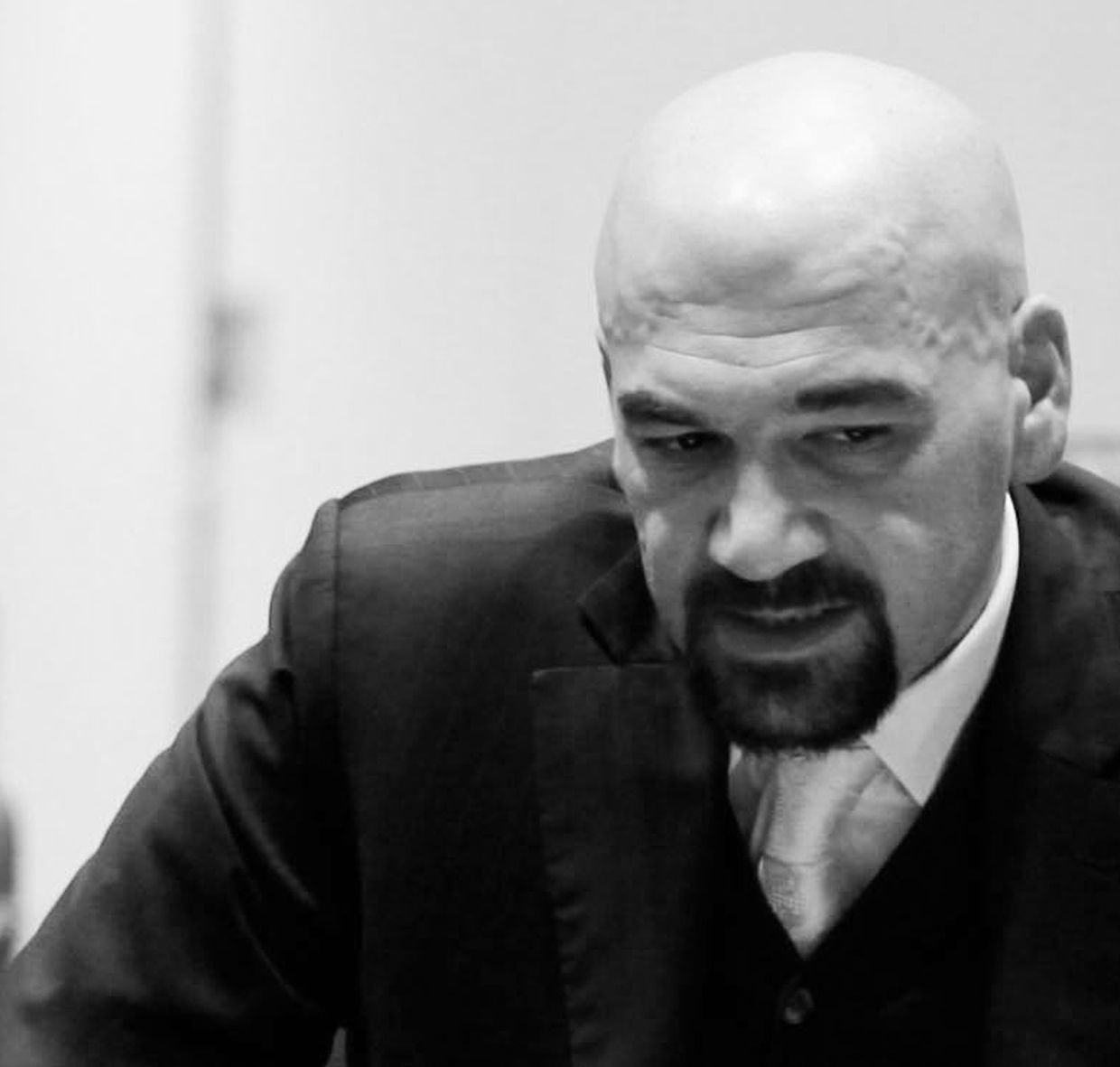 Finance theory is built in a two dimensional world. The key dimensions used to build the central models and equations of monetary value are Risk and Time. Let me start by demonstrating this by discussing the basic most central equation in finance theory, i.e., the discounted cash flow model and the calculation of what is commonly known as the Net Present Value.

Time and Risk Value of Money 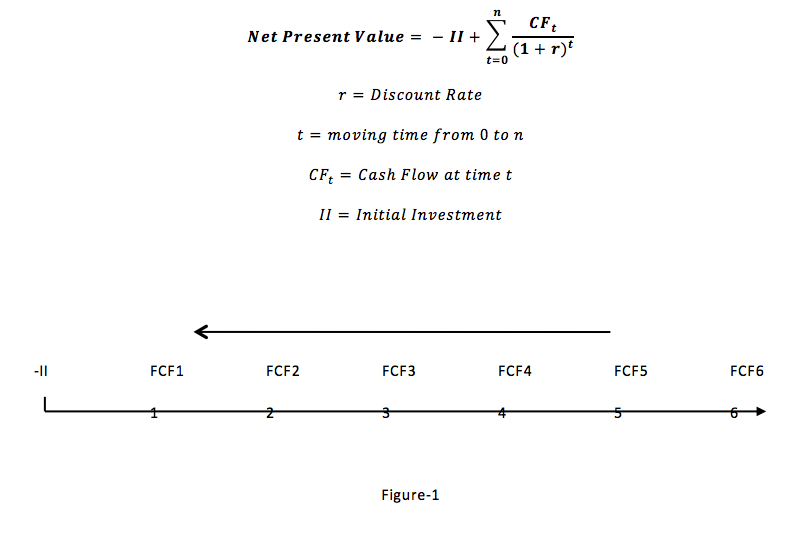 The net present value model, or the discounted cash flow model treats the future expected cash flows, or free cash flows, by discounting them over time at a specific discount rate which is commonly the return on an alternative investment with the same level of risk. The net element consists in subtracting from this present value of future cash flows, the initial investment, treated as a lump sum.

This equation formally considers time based return and risk based return only. There are no other variables involved in this valuation model, as everything else is assumed to be integral to either time or risk. I argue that this model is fundamentally flawed. Here is why.

Thus, like everything else, our future expected cash flows, our investments, and our businesses all occur in spacetime. And yet, our most commonly taught and most widely spread model of financial valuation, is not focused on time and space, but on time and risk.

This is so because our financial models aim to conceptualize value for the mortal investor. In other words, finance theory is not developed having as its main stakeholder the human species and planet Earth, but the singular investor and her or his monetary gain. The challenge here is that investments have a space impact, whatever their monetary value for the investor. Also, whether the investor cares or not, and whatever their levels of risk, investments happen in spacetime, not in time alone.
Thus, it is surprising to see that our most basic fundamental model of valuation omits space, and does not account for the space impact of the investments as an integral element of the valuation exercise. In other words, our models absolve investments from their spatial responsibility.

Yes, it is true that we tend to ‘address externalities’. Positive or negative externalities are considered in theory at least, but they are so only as an addendum to the model, they are not fully integrated in our mathematical attempts at providing the investor with a monetary value that integrates the time based return, the risk based return and the space based return.

I believe many investors, whatever their personal values and priorities, would like to know their space based return. It is important to note that you do not need to be an environmental activist, or a green investor to care or seek an assessment of the space based return of your investment. It is only logical to project and gauge as many facets of an investment as possible, before engaging funds.

In other words, what we summarize in the model as II (Initial Investment), can in fact be invested either as a lump sum in t=0, or as a series of cash expenditures over the period of the investment. This initial investment, therefore, will have, either as a lump sum or a series of payments, an impact on space. Space Value of money measures the impact of II in spacetIme and generates a monetary value that becomes the space based return of the investment.

Looking at figure-2, the timeline describes not just the expected cash flows to be earned in the future, but also the cash expenditures, which make up the initial investment spread across the investment period as per the business plan or investment plan.

Lets first of all discuss the case where the initial investment (II) is spent over the many periods of the projected investment, so the case where II is actually equal to the sum of a number of Cash Expenditures (CEt).

Indeed, whether our models account for it or not and whether as a lump sum or a series of expenditures, the initial investment will have a space impact, no question about that. The question is, what type of a space impact and what monetary value could be attached to that impact.

I propose a number of concepts and formulas, which measure that impact. To start off, Gross Space Value is the total monetary and real asset value of an investment accounting for: 1) new money created and 2) new assets created. Given that all investments happen in space and thus utilize space and biocapacity in one way or another, to measure the return, Gross Space Value subtracts from new money and new assets the ecological costs and waste costs.

Gross Space Value without time based on II

a,b, and c are coefficients that are determined by the investment plan and take into account whether the investment actually creates new Real Estate, Technology, or IP assets.

I propose the concept and formula of Net Space Value over time, which is in fact the sum of the future value of all the cash expenditures (CEt) that make up the initial investment (II), over the same period of time (n), where the space value growth rate s, is the annualized growth rate of Gross Space Value. It should be noted that if the initial investment is a lump sum, the logic remains the same, though with a simpler future value equation.

Space Value over a defined period of time

Once we have calculated Net Space Value, it is important to make a leap in the assessment of investments by seeking the Net SpaceTime Value, putting the time and risk analysis with the Space analysis.

Space Value of Money is a key principle of value that is missing in a time and risk focused finance theory and practice. We are in space, whether we grasp it or not, and our actions leave footprints in space, whether we realize it or not. Thus, our models need to integrate that impact and need to ensure that the responsibility of our space impact is not omitted from our conceptualizations of monetary value.

The spatial dynamics of monetary value must be an integral element of our financial models, and space value of money complements time value of money and risk and return without undermining the relevance of risk or time.

Every measurement of time involves measuring a change in some physical quantity. It may be a number on a digital clock, a heartbeat, or the position of the Sun in the sky. In physics, the definition of time is simple-time is a change or the interval over which change occurs. It is impossible to know that time has passed unless something changes. I have few questions in regards to money and time:
Can we slow or avoid change to create a synthetic effect in valuation money?
Would valuation time laps stay the same when unscheduled or not-expected recurrent changes occur?
Entropy tells us that change and time laps are chaotic. How does this affect valuation?
Even the valuation synchronization for a single asset o commodity within several economic universes is a nightmare. How would the draft NSTV equation look in a G7, G8, G20… or G24 economic spacetime?
Project valuations received a lot of impacts from changes that sometimes are disconnected from time scheduling, is this a reason to take a closer look at space as a key success factor?
Best regards, Erick.