Top Posts
Challenges Remain, But There Are Opportunities to Be Had in...
Interview with Mr. Olukayode Pitan, Chief Executive Officer and Managing...
Commodities Outlook for 2023
The Value of Cash in a Time of Crisis: How...
The US-Africa Leaders Summit: Fostering a Closer Relationship with the...
Three Key Sectors in Which to Invest in 2023
Home Finance What a COVID-19 Vaccine Means for the Global Economic Recovery
Finance

What a COVID-19 Vaccine Means for the Global Economic Recovery 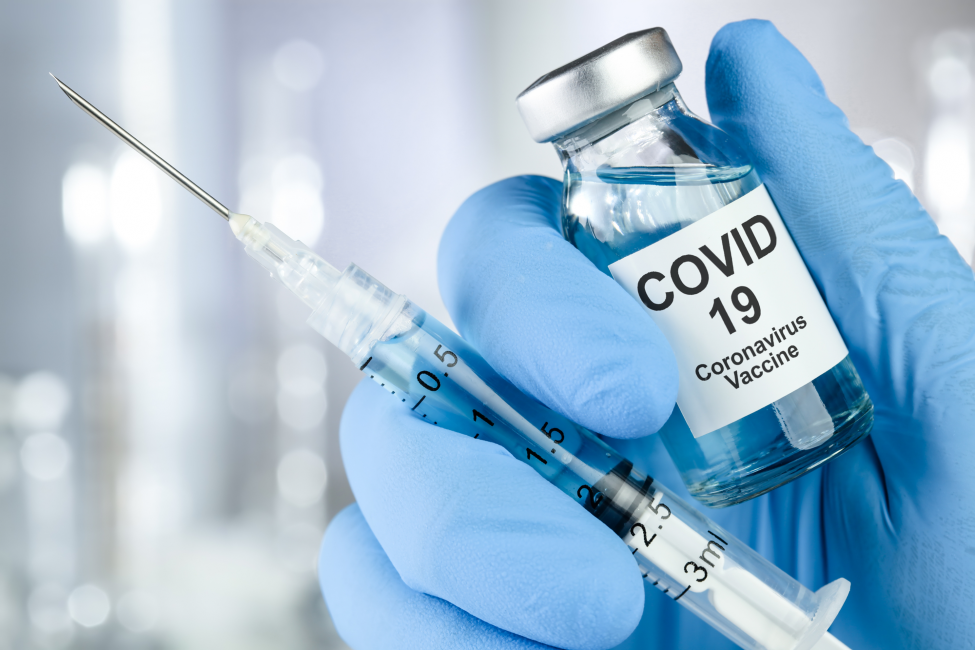 “For the first time since the pandemic began, there is now hope for a brighter future.” That was the assessment given by the OECD (Organisation for Economic Co-operation and Development) on December 1 following the news of progress being made with coronavirus vaccines. “The worst has been avoided, most of the economic fabric has been preserved and could revive quickly, but the situation remains precarious for many vulnerable people, firms and countries.”

Hopes of life one day returning to a semblance of normality for the world were given a huge shot in the arm, quite literally, after US and German pharmaceutical firms Pfizer and BioNTech announced on November 9 that they had developed a coronavirus vaccine that is more than 90 percent effective in preventing the contraction of COVID-19. The announcement was soon followed by further good news just a few days later from Moderna, which reported that its vaccine is 94.5 percent effective.

In response to the news, the International Monetary Fund (IMF) stated that a faster global economic recovery was feasible. “Progress with vaccines and treatments, as well as changes in the workplace and by consumers to reduce transmission, may allow activity to return more rapidly to pre-pandemic levels than currently projected, without triggering repeated waves of infection.” But just how rapid will this return to pre-pandemic levels be? While the news of the vaccines has been welcomed across the world, ensuring the global population receives the vaccine in due course seems another proposition altogether.

Fitch expects the global recovery to strengthen and become more sure-footed from the middle of 2021 onward as vaccines are rolled out across the world, and social-distancing measures begin to be relaxed. “The global recovery path is proving bumpier than expected as the second wave of the virus prompts new restrictions, but the vaccine news is very positive for the economic outlook over the next two years,” said Brian Coulton, Fitch Ratings’ chief economist. As such, the ratings agency’s “Global Economic Outlook” published in December sees global gross domestic product (GDP) falling by 3.7 percent in 2020, which is smaller than the 4.4-percent contraction it predicted in its September outlook. This revision comes despite the tightening of restrictions in Europe as another wave of the virus has swept across much of the region and also reflects a larger-than-expected rebound in global activity during the third quarter.

Fitch has also revised its 2021 global growth forecast higher to 5.3 percent (from 5.2 percent in September), with stronger growth during the second half of the year partially offset by more weakness during the coming months. “US GDP is now projected to expand by 4.5 percent (up from 4.0 percent) and China by 8.0 percent (up from 7.7 percent), but eurozone growth is now forecast at 4.7 percent (down from 5.5 percent) as renewed lockdown measures take their toll on activity over the winter months,” Fitch noted.

The OECD, meanwhile, offers slightly less bullish projections. In its latest economic outlook, it estimates that the global economy will shrink by 4.2 percent this year, which is a smaller contraction than the 4.5-percent decline it had earmarked in September. And over the coming two years, the group expects global GDP growth to average 4 percent, with a 4.2-percent increase in 2021 (less than its 5-percent September forecast) followed by a more modest 3.7-percent expansion in 2022. Much of the growth, moreover, will be primarily driven by those countries that have started to recover much earlier than others, the 37-member economic group noted, with China leading the way on the back of a 1.8-percent growth prediction for 2020. Indeed, the OECD sees China accounting for more than one-third of global economic growth in 2021.

Europe and North America, however, will contribute less than their respective weightings in the world economy. The eurozone economy is slated to decline by 7.5 percent this year before growing once again by 3.6 percent in 2021 and 3.3 percent in 2022, while the US economy is projected to contract by 3.7 percent in 2020 before expanding by 3.2 percent in 2021 and 3.5 percent in 2022. “A general rollout of an effective vaccine in the latter half of 2021 will allow an easing of containment measures and strengthen confidence” in the United States, according to the OECD’s December forecast. However, it added that the need for further fiscal support has become urgent. “Massive monetary and fiscal responses have protected households and businesses,” the report stated. “However, in the absence of a new substantial fiscal stimulus program, a severe fiscal cliff would result in a rapid withdrawal of support to households, massive layoffs and a wave of bankruptcies.”

Of course, not everyone will receive the vaccines immediately upon rollout. At this stage, there are nowhere near enough doses for the world’s 7.8 billion people, and there likely won’t be for some time to come. With that in mind, the vaccine news may prove to be something of a false dawn. Much work needs to be done to ensure the world can successfully move into a post-COVID era with the global economy operating once again at full capacity. “Going forward, I’m not pessimistic. I mean, eventually we’ll get through this. But we should not be under the illusion that it will happen fast, it will take some time,” Axel Weber, chairman of UBS AG’s board of directors, told CNBC in November. “It would be at least a year to go back to pre-crisis levels of GDP. It’ll take another year or two to be anywhere near getting unemployment and pre-crisis growth back, and so it would be quite a long recovery that we’re facing.”

Indeed, the European Central Bank (ECB) just expanded its quantitative-easing programme, which indicates how far off the eurozone economy remains from pre-crisis levels. The ECB’s president, Christine Lagarde, also warned against celebrating the arrival of the vaccines too prematurely. “While the latest news on a vaccine looks encouraging, we could still face recurring cycles of accelerating viral spread and tightening restrictions until widespread immunity is achieved,” Lagarde said in November. Her comments were further echoed by Klaas Knot, an ECB Governing Council member. “Mass vaccination will take a significant amount of time, and that means that the economic outlook for 2021 will continue to be bumpy for a long time until finally these sorts of benign effects of the vaccine will become fully available,” Knot told CNBC soon after the announcement of the first vaccine.

As such, we may not be nearing the end of the fight against COVID-19. But it would seem that we have reached the “beginning of the end” phase. “The light at the end of the dark virus tunnel is now shining a lot brighter after too many tragic deaths, crippling hospitalisations and endless disruptions to our normal lives,” declared Mohamed El-Erian, the chief economic adviser at the insurance company Allianz. “Yet we are not at our destination. The next few months have a material impact on our longer-term wellbeing.”

Six Ways That Tech Is Being Used to Combat COVID-19

The Future of Work: How Jobs Will Change in the Coming Decade