Top Posts
Challenges Remain, But There Are Opportunities to Be Had in...
Interview with Mr. Olukayode Pitan, Chief Executive Officer and Managing...
Commodities Outlook for 2023
The Value of Cash in a Time of Crisis: How...
The US-Africa Leaders Summit: Fostering a Closer Relationship with the...
Three Key Sectors in Which to Invest in 2023
Home Finance What Is Driving the Surge in Demand for Buy Now Pay Later?
Finance 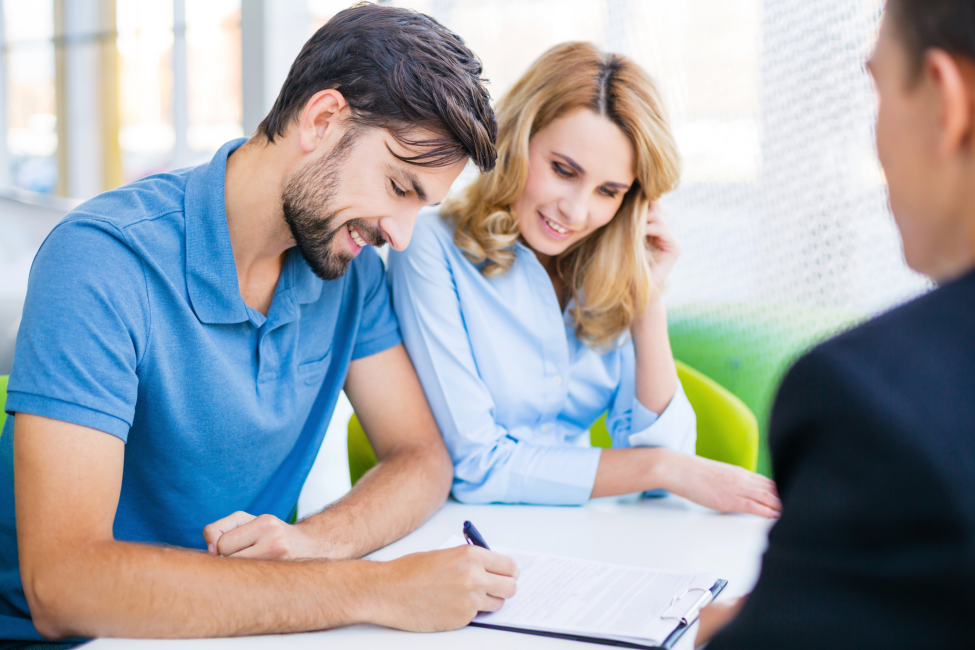 With the COVID-19 pandemic continuing to restrict household incomes across the world, the search for liquidity was elevated during much of last year and is likely to remain so throughout 2021. But with banks not always keen to provide credit in challenging economic environments, a popular digital solution known as Buy Now Pay Later (BNPL) is helping consumers ensure they can still make ends meet.

By allowing consumers to pay for goods and services in instalments over an agreed time period, rather than as an upfront lump sum as is normally the case, customers who may be under financial pressure can continue to buy their usual products, take possession of those products for immediate use but divide their payments into smaller instalments that are billed to the customer’s chosen account at later dates. For instance, some schemes give customers up to 12 months to make their payments, while others allow as small a window as 30 days.

This is proving hugely popular amongst consumers worldwide. Whilst BNPL transaction volumes have undoubtedly been raised in recent times by the COVID-19 crisis and December’s festive period, “the general feeling we’re getting from merchants is that people are preferring to buy things on pay later options”, Byas Nambisan, chief executive officer of an Indian payments-solution firm, Ezetap Mobile Solutions, that processes BNPL transactions, told Bloomberg in November. “Even brands selling these products could be using the pay later scheme to push out old stock, before launching something new. This goes beyond the festive season trends.” And a recent study by PYMNTS.com and PayPal, “Buy Now, Pay Later: Millennials and the Shifting Dynamics of Online Credit”, based on two surveys consisting of separate groups of respondents totalling almost 15,000 US consumers completed from March to September of last year, found that BNPL adoption was markedly on the rise in 2020.

And on the retailer side, companies are rapidly moving into the BNPL space, enabling this payment option through their online shopping platforms and in-store checkout services. Even the likes of industry giants such as Gap, Macy’s and Walmart have introduced this facility over the last year or so. With the coronavirus hitting retail sales hard in many instances, BNPL provides retailers with an opportunity to entice customers—often younger generations—to make those impulse buys that would not have been possible had they been required to pay the full price immediately upon purchase. And perhaps the biggest draw of BNPL is that customers have the opportunity not to pay any interest on their delayed payments. Many of the biggest firms in the space, including Afterpay, Klarna and Affirm, will not charge a cent of interest so long as consumers pay within the scheduled timeframes.

Indeed, Afterpay is perhaps the biggest BNPL success story of 2020 and represents the phenomenal growth record of several Australian companies in this sector. Having traded under AUS$9 in March, Afterpay’s share price rallied throughout the rest of 2020 and closed out the year at an astonishing AUS$118.00. The unbridled success of the company, which allows customers to pay in instalments with zero interest and no fees should payments be made on time, has made significant in-roads in the United States, which it now considers its biggest market, with more than 13 million customers and purchases exceeding the $1-billion mark in November.

The company has also reportedly turned its chief executive officer, Nick Molnar, into the youngest self-made billionaire in Australia. “There’s no doubt that Buy Now Pay Later is mainstream now, and it’s the fastest-growing way to pay in the developed world,” Molnar told PYMNTS.com in December, highlighting the breadth of offerings that can be applied to BNPL, including airline tickets and dental appointments. “The ability for someone to get healthcare when they need it and have Afterpay be there to help them budget is key. It’s not just about buying a fashion garment—it’s about using our site for all the facets of your life in a way that is helpful.”

So, what exactly has been driving BNPL’s recent popularity? According to the PYMNTS.com and PayPal study, the BNPL surge can be attributed to a handful of reasons. “Transparency, spending control and convenience are key motivations for using BNPL solutions,” the study observed, with 37.2 percent of respondents citing convenience, 36.7 percent specifying the number of merchants that accept BNPL and 33.1 percent saying they trust that their information is secure as being key drivers of BNPL usage. Respondents also acknowledged that being relatively easy to understand was also a major draw for BNPL, and in some cases, the offer contained better terms than the more traditional payment options. And instead of simply adding further charges onto their credit cards or entering into complex or unattractive lending agreements, the short-term, structured repayment plans offered by BNPL, often with no interest charges, appeared to resonate with customers.

And perhaps somewhat surprisingly, respondents showed considerable budget-consciousness for opting to pay using BNPLs solutions. The study revealed that users were particularly focused on the clarity of fees and interest rates and the ability to monitor spending, with 41.8 percent of respondents citing the former and 39.1 percent the latter as reasons they used instalments for making online purchases. “This reinforces the finding that BNPL users tend to be budget-conscious and financially responsible—they want to stay within their means and not blindly put charges on their credit cards or accept unclear financing terms,” the study acknowledged.

QuadPay’s co-CEO and co-founder, Brad Lindenberg, who recently shared his thoughts with fintech (financial technology) research and events firm Finovate, meanwhile, cited Millennials’ wariness of high-interest credit cards and the likelihood of accruing unmanageable levels of debt as being especially strong drivers of BNPL demand. And with student-loan debt already being a prevalent issue in many countries, the shift to BNPL solutions has been only compounded by the economic impact of COVID-19. “The BNPL industry has been a major disruptor to credit cards, and companies like QuadPay represent the new world of interest-free, transparent digital payment products,” Lindenberg noted, whilst also highlighting the empowerment BNPL offers retailers by allowing them to provide customers with the flexibility to pay over longer periods, thus cultivating customer loyalty, higher conversion rates and better customer experiences. “In the case of QuadPay, merchants that have implemented our BNPL product for e-commerce have seen a 20 percent increase in conversions and 60 percent increased average checkout value.”

By not having to pay the full price immediately upon purchase, BNPL enables consumers to buy products that they may not have been able to otherwise. A recent survey by online deal platform CouponFollow of 1,003 consumers who had made a BNPL purchase found that 73 percent of respondents were able to add an additional item or buy something more expensive due to BNPL’s instalment feature. Around one-third of consumers would also not have been able to make their purchases without a BNPL plan, while the survey found that the most popular products being purchased using this method included consumer electronics (54 percent), beauty and health (46 percent), home and garden (38 percent), games, books, entertainment and media (37 percent), baby products (24 percent) and automotive parts/accessories (24 percent).

But not everyone considers BNPL to be a low credit-risk option. Capital One has barred customers from using its credit cards to clear their BNPL debt. The third-largest US card firm with 62 million accounts in the US alone plus additional accounts in Canada and the United Kingdom stated in December that it would no longer allow transactions identified as point-of-sale loans to be charged on its credit cards, regardless of the point-of-sale lender. “These kinds of transactions can be risky for customers and the banks that serve them,” a company spokeswoman stated.

And research published in late November by consultancy firm Capco, which surveyed UK consumer attitudes to BNPL and polled more than 2,000 individuals across four age categories between 18 and 65+, found that 50 percent of respondents aged 18 to 34 have missed a BNPL payment. Nearly two-thirds (62 percent) of this group, moreover, said BNPL led them to spend more than they would have otherwise, which only further underlines the risks associated with this payment facility. There also seems to be a distinct lack of education surrounding BNPL, with the study concluding that 44 percent of respondents were unsure whether BNPL meant “taking on debt” or “deferring a payment”. This number rose to 57 percent for the youngest cohort (18 to 34 years).

The problem at this stage seems to be that the nascent BNPL space does not have as much regulatory oversight as more traditional forms of consumer credit. With no interest payments and instalments typically limited to a maximum of four, BNPL is exempted from consumer-credit law in many countries. But it would seem that consumers want regulation of this rapidly growing segment; the Capco study, for example, showed that 54 percent of the consumers surveyed felt BNPL products should be regulated, while 52 percent believed providers should consider their credit histories before approving financing.

Regulators, meanwhile, are gradually responding, with the UK’s Financial Conduct Authority (FCA) recently announcing it would provide greater oversight of the sector. BNPL represents “a really easy way to fall into problem debt”, according to Chris Woolard, who is the FCA’s lead on this initiative. As such, BNPL providers will have to conduct affordability checks before lending as well as ensure customers continue to be treated fairly, especially if they are struggling to meet their repayment obligations. “Buy Now Pay Later providers are predicted to double their market share of online purchases within the next three years,” Mike Ethelston, managing partner at Capco UK, told fintech newswire Finextra Research in November. “However, with BNPL coming under increased regulatory scrutiny, plus the ongoing economic fallout of COVID, there are questions to be asked about the future trajectory of BNPL in the UK, and what opportunities exist for established banks to make in-roads in this sector.”

Nonetheless, it is clear that consumers want to see more BNPL options going forward, as household incomes look set to remain under pressure for the foreseeable future. While it may still not be as frequently used as more traditional payment options, the potential for market growth over the coming years is expected to be substantial. The PYMNTS.com and PayPal study, for example, found that of those Millennial consumers who had not previously used BNPL, nearly 40 percent expressed interest in using it should it become more widely available in digital wallets. And when considering all demographics, the share of potential users who said they would be “very” or “extremely” interested in paying through instalments is more than three times more than the 6.4 percent of consumers who currently use BNPL plans.