Top Posts
How Technology Is Helping to Solve Global Supply-Chain Issues
UK Inflation Climbs to Fresh 40-Year High
Extended Reality and the Metaverse Are Leading Financial Services into...
Digital Currency: India’s Move Towards a Digital Financial System
Algarve Snapshot: The Growth of Overseas Buyers
Will London Have to Send More Banking Jobs to the...
Home Finance Why Has Wheat Been a Key Focal Point of the Ukraine War?
Finance

Why Has Wheat Been a Key Focal Point of the Ukraine War? 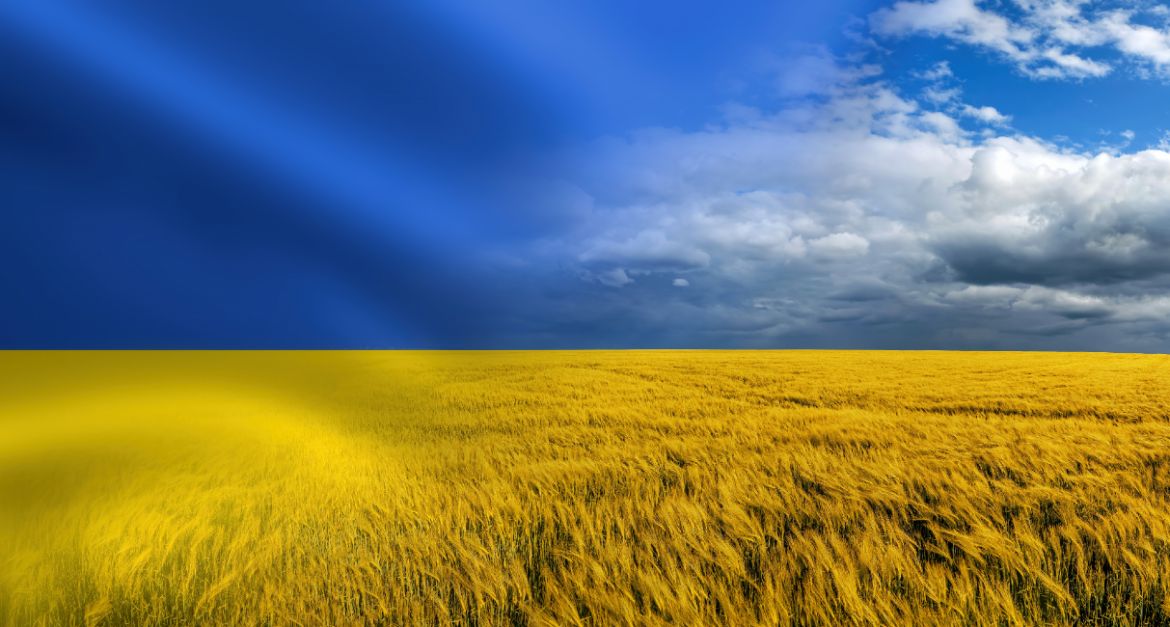 According to the United Nations’ Food and Agriculture Organization (FAO), global commodity food prices rose by a hefty 22.8 percent in May from a year earlier. The FAO Food Price Index (FFPI) averaged 157.4 points in May 2022, which, although 0.9 points (0.6 percent) lower than April’s reading and the second consecutive monthly decline, was still 29.2 points above its May 2021 value. The FAO Cereal Price Index, however, averaged 173.4 points in May, which was 3.7 points (2.2 percent) more than April’s figure and as much as 39.7 points (29.7 percent) higher than a year ago. The reason for this whopping surge? Wheat prices.

“International wheat prices rose for a fourth consecutive month, up 5.6 percent in May, to average 56.2 percent above their value last year and only 11 percent below the record high reached in March 2008,” the FAO noted on June 3. “The steep increase in wheat prices was in response to an export ban announced by India amidst concerns over crop conditions in several leading exporting countries, as well as reduced production prospects in Ukraine because of the war.”

Of course, the war has played a crucial role in raising wheat prices. Prices had remained largely rangebound between 2016 and 2020, with Chicago wheat futures trading around the $4.50 per bushel ($/Bu) level before the coronavirus pandemic sent prices steadily higher. But the outbreak of war in Eastern Europe saw futures prices skyrocket from under $8/Bu to nearly $13/Bu, almost eclipsing all-time highs set in 2008, before easing marginally to $10.5/Bu by mid-June.

Known as the world’s breadbasket, Ukraine exported six million tonnes of grain prior to the war, 4.5 million tonnes of which left via its ports. Those exports accounted for 12 percent of the world’s wheat requirements, as well as 15 percent of its corn and around half of its sunflower oil. What’s more, Russia and Ukraine are the world’s largest and fourth-largest exporters of wheat, respectively, with the United States and Canada in second and third spots. But according to reports, Russia began blocking Ukraine’s Black Sea ports almost immediately after the invasion began on February 24, which, in turn, has prevented millions of tonnes of grain from reaching the intended buyers and thus remaining stuck in the country.

Russia, however, blames the situation on the floating anti-ship mines placed by Ukrainian forces in Black Sea waters, as well as the ongoing international sanctions against Moscow. Russian and Turkish defence ministers have reportedly discussed the potential creation of a grain-export corridor from Ukraine, while Russia has urged Ukraine to de-mine its waters off the Black Sea coast for such a corridor to become operational. But a Ukrainian foreign ministry spokesman said this would be impossible as Russia would “use grain corridors to attack southern Ukraine”. Either way, the lack of seaport exports cut Ukraine’s export volumes to just 300,000 tonnes in March and around 1 million tonnes in April.

Sky-high wheat prices were also significantly supported by India’s decision to ban all wheat exports on May 13. As the world’s second-largest producer of wheat, the majority of India’s wheat output is supplied to the domestic market. But the country’s directorate of foreign trade announced that it was placing an immediate ban on exports due to an unprecedented heatwave that has subdued crops this year. And the rise in global wheat prices has threatened India’s food security, which has meant India has shifted its focus towards controlling domestic prices.

Although India is not one of the world’s leading wheat exporters, its shipment ban has been significant for global markets as it has cut off a key alternative source for importers. India was also planning to ramp up its exports from two million tonnes in 2021 to a massive ten million this year, with neighbouring Asian countries and the African continent the likely destinations for this surplus. Speaking to the BBC on June 6, Kelly Goughary of the agriculture-data-research group Gro Intelligence noted that India’s ban had resulted in further upward price momentum for wheat as “global buyers were depending on supplies from India after exports from the Black Sea region plunged”.

According to a US Department of Agriculture (USDA) report, global wheat production for the upcoming 2022/23 season will be the lowest in four years, while global stocks will be at their lowest level in six years. “Global production is forecast at 774.8 million tons, 4.5 million lower than in 2021/22,” the report states. “Reduced production in Ukraine, Australia, and Morocco is only partly offset by increases in Canada, Russia, and the United States. Production in Ukraine is forecast at 21.5 million tons in 2022/23, 11.5 million lower than 2021/22 due to the ongoing war.”

Indeed, Ukraine’s agriculture minister, Mykola Solskyi, stated that he expects the country to “fall out of the market” for a long time due to the ongoing war and the extreme difficulty producers face exporting their produce. “Now we are talking about three wheat harvests at the same time: we cannot take out last year’s crop, we cannot harvest and take out the current one, and we do not particularly want to sow the next one,” Solskyi told Reuters on June 14, confirming that with farmers having already switched to sunflower from corn, what happened with wheat might happen with both sunflower and rape, which remain in high demand in Europe. “All this is very bad for the rest of the world. They think that in a few months there will be a new harvest, and the war is somewhere far away, or maybe the parties will reconcile, or maybe something else will change. But what will happen when they come to buy grain in July-August, and they are denied, or the price is $600 per tonne?” Solskyi added.

“The world cannot do without the harvests from Ukraine and Russia. Their amounts are simply too big,” Wolfgang Sabel of Kaack Terminhandel, a Cloppenburg-based financial-services provider for trading in agricultural commodities, told German state-owned broadcaster DW (Deutsche Welle), noting the outsized impact this will have on developing countries, particularly in Africa. “In these countries, people spend between 60% and 80% of their disposable income on food. If bread becomes double as expensive because wheat has surged from €200 to €400 per ton that has an impact.” Indeed, the situation could provoke a serious famine on the continent. “Africa has no control over production or logistics chains and is totally at the mercy of the situation,” Senegalese President Macky Sall, chair of the African Union, warned just before visiting Russia to seek a resolution to the crisis.

Global fertiliser prices have also surged over the last year, which should dent crop yields considerably—wheat included. And China has also confirmed that heavy rainfall last year has meant that its winter crop could be the “worst in history”. Should this situation transpire, it would prompt China to buy additional wheat stocks on the global market, which would only tighten the market further and thus add to the bullishness for wheat prices over the coming year.

The Political Barriers to the Chartering of Novel Banks