Top Posts
How Gamification is Catapulting Digital Banking to the Next Level
Challenges Remain, But There Are Opportunities to Be Had in...
Interview with Mr. Olukayode Pitan, Chief Executive Officer and Managing...
Commodities Outlook for 2023
The Value of Cash in a Time of Crisis: How...
The US-Africa Leaders Summit: Fostering a Closer Relationship with the...
Home Finance Why Mexico’s Economy Is Underperforming
Finance

Why Mexico’s Economy Is Underperforming 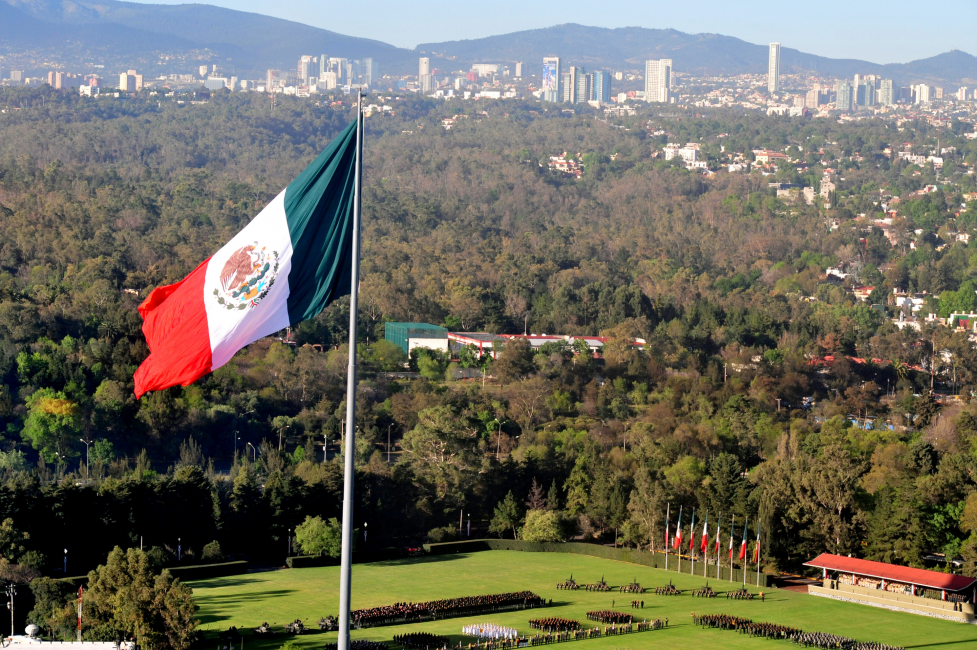 In December 2018, Andrés Manuel López Obrador swept to power, having promised to reduce Mexico’s longstanding problem of gang violence, which had climbed to record levels, and to bolster economic growth, which at that time had slowed considerably. Since taking the reins, however, violence in the country has only escalated further. And as for the economy, AMLO, as he is widely known, ended up presiding over Mexico’s descent into recession. As such, 2019 was a year to forget for the new president.

Indeed, last year saw Mexico experience its worst economic performance in a decade, with the state-run National Institute of Statistics and Geography (INEGI) confirming that the gross domestic product (GDP) had contracted by 0.1 percent during last year’s final quarter from the previous three-month period. Three of 2019’s four quarters, therefore, experienced a quarter-on-quarter decline in GDP. On an annual basis, meanwhile, the economy shrank by 0.5 percent for the October to December period, underperforming compared to economists’ expectations of a 0.4-percent drop and marking the third quarter in a row to post a contraction:

Overall, the full year saw GDP falling by 0.1 percent versus a 2.1-percent gain in 2018. So, it is perhaps not surprising that AMLO’s first year at the helm has been widely regarded as a disappointment, and even more so considering that he was initially touting a 2-percent growth rate for 2019 along with a 4-percent average across his six-year term.

A marked decline in domestic investment has underpinned much of the recent economic downturn, with businesses curbing investment over concerns about AMLO’s management of the economy. A number of his business decisions since coming to power have already been met with much consternation from Mexico’s industry leaders. His decision to cancel a $13-billion airport project for Mexico City that was already well underway and replace it with another project, for instance, irked many and contributed to a significant slowing of the country’s construction sector. A fiscal-austerity programme pushed by López Obrador has also dented consumer spending and economic growth.

The country’s state-run oil company Petróleos Mexicanos (Pemex), meanwhile, has also contributed to the gloom, having racked up debts of more than $100 billion to place it alongside the world’s most indebted companies. Pemex reported net losses of 345.5 billion pesos ($18.3 billion) in 2019, which is almost twice as much as the previous year, and also posted a 169.8-billion-peso loss for the fourth quarter, thus marking its biggest quarterly loss in two years. To compound matters, López Obrador has also frozen competitive oil auctions and farm-out tenders that previously allowed Pemex to split the cost of oil-field development with its partners. Production, therefore, remains on the back foot with little chance of recovering any time soon. And despite the government injecting $10 billion worth of rescue funds into Pemex, there appears to be little discernible improvement in the situation.

Mexico’s abundant supply of cheap labour is also keeping growth rates down, as workers are little incentivised to boost productivity levels. “Mexico is basically a dual economy,” according to Alberto Ramos, the chief Latin America economist at Goldman Sachs. “Some enclaves are globally integrated. And then there’s the countryside, with low levels of human capital and education, violence, where productivity growth has been zero for 50 years.” Indeed, to achieve growth rates that are anywhere close to the 4-percent benchmark to which the new president is aspiring, higher productivity is sorely needed, according to Manuel Molano, director of the Mexican Institute for Competitiveness (IMCO).

Confidence in Mexico’s new leader also appears to be slipping. A survey of 1,000 Mexican adults by polling firm Buendía & Laredo for the week ended February 26 showed López Obrador’s approval rating had taken a hit, falling to 62 percentfrom 67 percent in late November. Just a year ago, the rating was at a mighty 85 percent. “Bit by bit, the economy and security are starting to cut through more,” said Jorge Buendía, Buendía & Laredo’s chief.

AMLO himself has sought to discount the importance of GDP as a measure, describing it as a “neoliberal” indicator. Instead, he claims that through his social-welfare programmes, people have more money, and wealth is spread more evenly than before. That said, the president has decided to establish a task force focused on rejuvenating growth. The finance minister,Arturo Herrera, recently stated that the government’s spending cycle in 2020 would commence more quickly than in previous years. And the economy should receive a decisive shot in the arm from the newly renegotiated North American Free TradeAgreement (United States-Mexico-Canada Agreement, USMCA). “The Mexican economy’s performance is very different with this agreement,” Herrera recently told Bloomberg News. “This is one of the great advantages we have now.”

Looking forward, it seems many analysts are expecting Mexico to return to modest positive growth this year. Alfredo Coutiño, a Moody’s Analytics director, said that he anticipates Mexico will emerge from recession this year, thanks mainly to budget normalisation and the rollout of a new national infrastructure programme. But he also warnedthat investment will not recover “until the government implements measures to restore confidence and credibility”.

Goldman Sachs has expressed a similar outlook for Mexico. “Last year was one to forget, given that the economy entered recession despite favourable external winds,” observed Alberto Ramos. “The expectation for 2020 is for a modest rebound to a still sub-trend 1 percent. But it isn’t a given that we are going to get there. Government policy uncertainty is one of the main drivers of the underperformance of the economy.” This uncertainty “continues to have a dampening effect on activity by rendering domestic economic agents more defensive in their spending and investment decisions”. Ramos also identified tighter monetary policy, slowing job growth and continuing uncertainty—particularly in regards to policy under the new governing regime, as being likely constraints on consumer spending.

López Obrador’s initial 4-percent growth target, however, is unlikely to be reached for quite some time “because of the results seen so far and what they show about the impact of the current economic policies on growth,” said Felipe Hernandez, an economist at Bloomberg Economics. “Policy needs to change, to focus more on attracting private investment.” Some even believe that a major tax overhaul is required. With Mexico currently collecting only 16 percent of its GDP in taxes, which is less than half the average collected by OECD (Organisation for Economic Co-operation and Development) countries, a former finance minister, Carlos Urzúa, believes that a tax overhaul would both allow Mexico to gain more resources andstrengthen the rule of law in the country. Indeed, Urzúa resigned last year precisely because of AMLO’s refusal to pursue such a strategy.

But with the administration continuing to signal its preference for a more conservative fiscal policy, it does not seem as if a major economic recovery will come to fruition this year. That said, it also seems less likely that Mexico will slip further into recession. In November, the International Monetary Fund (IMF) approved a two-year flexible-lending arrangement with the country worth $61 billion. Although the credit line, which replaces the previous arrangement of $74 billion, is lower than in recent years, it should help to cushion any major downward shock to the economy.

The Ministry of Finance and Public Credit continues to maintain its 2-percent growth forecast for 2020, although this is looking increasingly optimistic, especially as economists downgrade their own outlooks. Bank of America, for instance, now projects growth of just 0.5 percent. “I’m not too hopeful of a strong recovery, and neither is the market,” noted Alonso Cervera, chief Latin America economist at Credit Suisse. “The main issue behind the weakness in the Mexican economy is gross fixed investment, which is a function of fiscal austerity on the public sector side and subdued confidence in the private sector.” Although 2020 growth may well outperform last year’s, with Mexico’s oil output expected to be stronger and construction experiencing a recovery, Cervera observed, there will not be a return to the growth rates of recent years.

Britain’s Golden Opportunity from a Time of Crisis