Top Posts
Are Your Bank’s Digital Marketing Metrics Meaningful?
Identifying Beneficial Ownership: A Regulatory Conundrum
Forging a Digital Framework to Harmonize the Global OTC Derivatives...
The Paradox of AI and Investing
Malaysia’s Fight Against Climate Change: Perspectives from a Central Banker
Crypto-assets and the Relevance of International Private Law
Home Finance Why Mexico’s Shadow Lenders Have Fallen Out of Favour with Investors
Finance 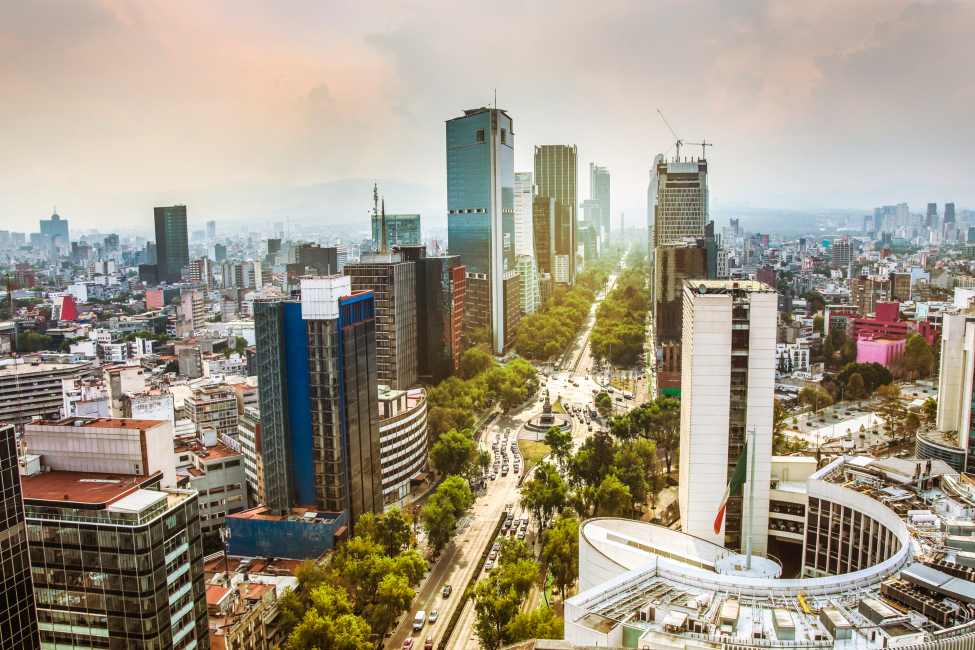 The Organisation for Economic Co-operation and Development (OECD) recently noted that financial exclusion in Mexico, as measured by the proportion of the unbanked population, is the highest among its 38-member organisation at more than 50 percent. “The access to formal financial services in Mexico is particularly low. Access is also significantly unequal across income levels, gender, between rural and urban areas and across regions,” the OECD stated in a working paper published in June. “SMEs’ access to bank credit is low, hampering firms’ ability to grow and innovate. The use of cash and informal credit is still widespread, especially in rural areas, where financial infrastructure is underdeveloped.”

Indeed, one form of “informal credit”—shadow banking—has grown at an astonishing rate in the country over the last few years, with households in lower-income brackets and small businesses turning to non-banking financial institutions (NBFIs) and other shadow lenders in increasing numbers as the COVID-19 pandemic weighed heavily on their economic prospects. These lenders have been instrumental in attracting funds from all around the world to support such vulnerable cohorts. They typically don’t take deposits from customers and have been able to function with less regulatory oversight than traditional financial institutions, which has made access to credit easier for borrowers.

But despite this strong support, several defaults by shadow banks over the last 18 months have resulted in their bond prices nosediving—and with them much of the confidence in the sector. Specifically, the defaults of Crédito Real SAB and Alpha Holding S.A. (also known as AlphaCredit), as well as smaller shadow lenders, have left global investors facing losses of some $5 billion. Investors believed they were gaining exposure to a low-risk lending model of shadow lending to state employees such as teachers and being repaid through payroll deductions, with financial institutions of the stature of Goldman Sachs, Morgan Stanley and Barclays all involved in arranging deals to fund these shadow banks. But now it seems investors can expect to recover next to nothing from the collapses of the two firms.

Crédito Real, which had been in business for nearly 30 years, had a customer base of more than one million borrowers, most of whom had credit histories deemed too risky to obtain credit from the traditional-banking sector in Mexico. But it defaulted in February, having missed a principal payment of CHF170 million on its Swiss bond, triggering downgrades from ratings agencies. Fitch Ratings, for instance, downgraded the lender to “RD” from “CC” on February 9 to reflect the Swiss bond default and then further downgraded it to “D” and “D(mex)” to indicate that “some form of liquidation proceeding is ongoing” after being issued with a court order in July. Crédito Real also confirmed that it had improperly reported the true size of its loan book to investors.

Investors had pumped nearly $2 billion into Crédito Real since 2016, but it was exposed to a bout of short-selling after it admitted that approximately half of the value of its loan portfolio—around $1.1 billion—was unpaid interest, thus revealing that the firm was struggling to collect on its loans and wasn’t classing them as overdue. This practice, commonly known as evergreening or capitalising interest, was discovered only when the firm included it, unexplained, in a footnote to its 2020 financial statements. It thus strongly implied that the true losses “would cast significant doubt over the company’s solvency”, according to Alexis Panton, corporate credit analyst at Stifel Financial Corp.

The riskier AlphaCredit, meanwhile, defaulted on its payment obligations last year after it confirmed its financial statements from 2018 through 2020 were replete with accounting errors. It then filed for bankruptcy of one of its US subsidiaries. The shadow lender also wrote down the value of its assets by approximately $200 million—or around half of its total loan portfolio. Fitch downgraded the lender from “C” to “RD” in July 2021, “following the expiry of the 30-day cure period after the non-payment of the $15 million coupon due on June 19, 2020, on the entity’s USD300 million global notes due 2022”. It has since ceased operations.

Indeed, both lenders confirmed in May 2021, within days of each other, that their financial statements were littered with errors that inflated the sizes of their balance sheets and thus had to be amended. This meant that for around five years, investors were not being provided with the real pictures. Deloitte audited both lenders’ financials. “We believe there were deficiencies in the corporate governance of the company, the external auditors, and the authorities and regulators,” according to Deloitte. “We can’t explain why the external auditor during all these years couldn’t find these capitalized interests and then in the 2020 audited financial statements disclosed a ‘capitalized interest’ of 21 billion pesos [about $1 billion], without further explanation.”

The prospects for Mexico’s shadow-banking industry have taken a dramatic turn for the worse this year. With investors pulling back from the sector following the aforementioned accounting scandals, the country’s biggest shadow bank, Unifin, which mainly provides equipment-leasing services and lending to Mexico’s small-and-medium-sized-enterprise (SME) sector, announced on August 9 that it would suspend all coupon and principal payments on its outstanding debt in order to “negotiate definitive agreements with shareholders in relation to a strategic restructuring”.

What is particularly alarming is that in July, prior to this announcement, Unifin’s chief executive officer, Sergio Camacho, insisted that there was nothing wrong with his lending firm. “The market has been irrational,” Camacho told one investor during an earnings call in July, as reported by Bloomberg. “No matter what I do, they are not reacting to the fundamentals of the company.” And yet a little over two weeks later came the confirmation of Unifin’s debt-restructuring plans. “While the company has faced a challenging situation for some time, the timing of this announcement was nonetheless particularly surprising,” analysts at Barclays noted.

Such a drastic reversal also left investors shocked. “To put it mildly, we are flabbergasted and feel blindsided,” Rafael Elias, the managing director of Latin American corporate-credit strategy at New York-based BancTrust & Co., admitted. “We asked the company specifically why did they think that bond prices were dropping, if there was any particular reason. Management told us that ‘the drop in the bonds is surely related to the general market conditions.’”

According to Moody’s, Unifin held around $3.9 billion in debt and $250 million in cash and cash equivalents, making the unregulated lender highly leveraged. But a lack of funding meant that it had been unable to replenish several of its revolving-credit lines. As such, S&P Global Ratings downgraded Unifin from “B+” to “D”, confirming that it was in a “general default”. Not surprisingly, Unifin’s bond and share price also plunged to all-time lows in August. “This doesn’t make sense unless the company’s liquidity and funding situation were much worse than management made it out to be,” Omar Zeolla, an analyst at Oppenheimer & Co, told Bloomberg. A better approach would be to “present the situation as it really is and begin to work with creditors for a solution. Now I expect any confidence in the company’s management to be gone”.

But it’s not just confidence in Unifin that has gone; the whole shadow-lending sector in Mexico has now distinctly fallen out of favour with investors. S&P Global Ratings announced in mid-August that it would lower its ratings starting point for Mexican non-banking financial institutions from “BB” to “BB-“, citing financing risks and the fact that such shadow lenders were already facing challenging funding conditions due to their heavy debt burdens in the coming years and diminishing investor confidence in the sector. According to Banco Bilbao Vizcaya Argentaria (BBVA), however, the contagion risk from this fallout is minimal. “Recent problems at some shadow banks show the vulnerabilities of its funding model in an environment of rising interest rates,” the Spanish lender stated on September 12. “These problems could translate into liquidity problems for the sector as a whole, particularly given the mistrust due to the inconsistencies in their financial statements. At present, the situation does not represent a risk for the financial system as a whole, given the limited exposure to [the] credit risk of the shadow banks.”

Enrique Presburger (Cherem), president of the Mexican non-bank lenders association ASOFOM (Asociación de IFNB más grande de LATAM), also recently insisted that investors should not withdraw their funding for the sector as “the perception of contagion” is more dangerous than the actual situation. “The risk for the sector isn’t one of contagion, but one of loss of confidence,” Presburger told the Wall Street Journal. “But if funds start to get scared and stop investing in the nonbank sector, that could lead to less liquidity and fewer loans.”