Top Posts
Commodities Outlook for 2023
The Value of Cash in a Time of Crisis: How...
The US-Africa Leaders Summit: Fostering a Closer Relationship with the...
Three Key Sectors in Which to Invest in 2023
Three Key Stocks in Which to Invest in 2023
Liquidity Management: A New Challenge for Banks
Home Finance Why Saudi Arabia Is Primed to Become a Global Leader in Hydrogen Supply
Finance 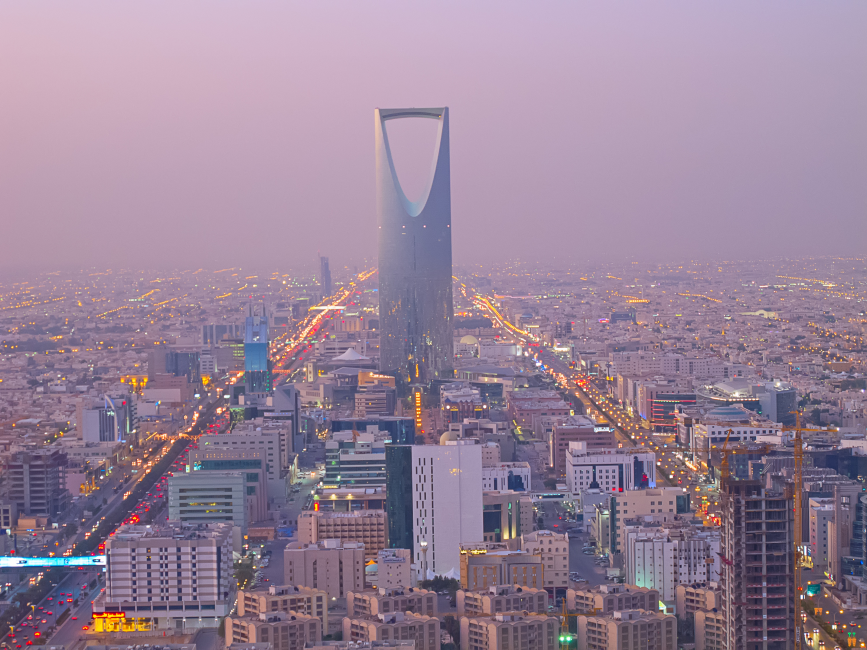 When one thinks of Saudi Arabia as far as natural resources are concerned, one might be forgiven for thinking purely in terms of crude oil—and natural gas to a lesser extent. After all, the Kingdom has long been one of the world’s top oil-producing nations; it is also the leading member nation of the global oil-producing cartel OPEC (Organization of the Petroleum Exporting Countries) and is arguably home to the world’s second-largest proven oil reserve. But in recent times, Saudi Arabia has been pushing to bolster its hydrogen-production capacity as a low-carbon alternative to oil to such an extent that much of the current analysis of this potentially game-changing clean-energy source puts the Gulf state at the centre of global production over the next decade.

Described by the International Energy Agency (IEA) as a “versatile energy carrier”, hydrogen could well be a key player in the world’s transition to green renewable-energy sources. Indeed, Bank of America predicts that hydrogen will replace 25 percent of global demand for oil by 2050. Should such an estimate come to fruition, it is highly likely that some regions will require more hydrogen than their production capacity can support. As such, Saudi Arabia and other Gulf nations are expected to prove vital in supplying hydrogen around the world, with Saudi Arabia aiming to be the world’s largest supplier of the fuel. In October, the country’s energy minister, Abdulaziz bin Salman Al Saud, said that the Saudis intended to produce and export four million tons of hydrogen, or thereabouts, by 2030. He also confirmed that he had discussed exporting hydrogen to the European Union (EU) with the European Commission’s (EC’s) vice-president, Frans Timmermans.

At present, there are a variety of ways to generate the fuel, and they are classed along a hydrogen “colour spectrum” to denote the different technologies that are used to produce each type:

According to bin Salman, who spoke at the World Economic Forum (WEF) in January, the country is mainly pursuing blue, green and pink hydrogen development, with the bulk at this stage expected to be blue. “We will have a field day with blue hydrogen because again, we’re the cheapest cost producer of gas,” according to bin Salman. “We’re doing a huge investment in shale gas in Saudi Arabia, and we will be dedicated to have that gas to be used for producing blue hydrogen.” This means, however, that much of the hydrogen production will not be as clean as perhaps hoped. Saudi Arabia aims to develop green hydrogen from renewable sources, but with this method still around five times more expensive than blue hydrogen, a significant cost reduction needs to happen first.

That said, some of the carbon dioxide produced from the blue-hydrogen production process can be captured and stored, thereby keeping a lid on harmful emissions, so they are not released into the atmosphere. And the oil produced by the state-owned Saudi Aramco, the world’s largest oil company, is notable for being amongst the lowest carbon-intensity grades found anywhere. “We have the lowest-emission hydrocarbons,” Aramco’s chief technology officer, Ahmad Al Khowaiter, told CNBC in a June 2021 interview. “We have an ability to capture CO2 and therefore supply hydrogen reliably at reasonable cost, without the CO2.”

Indeed, through its substantial investments in hydrogen technology, Aramco is at the centre of this new energy revolution. “Hydrogen is real,” Al Khowaiter added. “Today, we’re showing that the technologies for the use of hydrogen are mature and commercially available… and we see this kind of as an inflection point in the market for hydrogen.” Aramco’s chief executive officer, Amin Nasser, has also stressed his company’s eagerness for off-take hydrogen agreements in key markets to expand output.

With such lucrative prospects on the horizon, Saudi Arabia is now hard at work developing a number of hydrogen-infrastructure projects throughout the country. And much of the investment in new production is being driven by hydrogen’s potential to deliver significant reductions in carbon emissions across the entire economy. On January 20, the Saudi government signed several agreements with key counterparties operating within the country to develop hydrogen-based industrial capacity, including the $5-billion green-hydrogen plant in the planned carbon-free megacity of Neom, which is expected to come online in 2025, as well as the Red Sea Development Company, which will enable the development of hydrogen-fuel cell-based transportation.

Much of the underlying reason for such a firm commitment to hydrogen lies in the growing need for Saudi Arabia to diversify its economy. With its significant reliance on oil and gas for overall economic output and job growth within the Kingdom, the country’s need to expand beyond fossil fuels as the world transitions to clean energy is becoming more crucial with each passing year. Indeed, the Saudis’ ambitious Vision 2030 strategy explicitly acknowledges that the goal of diversifying the economy is a top priority, with renewables such as green hydrogen taking front and centre in the plans. “We see a real market forming,” according to Al Khowaiter. “This is an opportunity for us to supply a new market, a growing market, and a sustainable market, because it is a decarbonized energy product.”

“We see ourselves involved seriously in hydrogen, and we want to size up that market. We know for sure that we will be the most competitive producer,” bin Salman said in January.

But it won’t be plain sailing for Saudi Arabia as far as ascending to a market leadership position is concerned. Even within the local region, it already faces considerable competition from the United Arab Emirates (UAE) and Oman. In May 2021, for instance, one of the UAE’s biggest centres, Dubai, announced the launch of the “first industrial-scale, solar-driven green hydrogen facility in the Middle East and North Africa”. The UAE has also formally declared its aim of capturing a hefty 25 percent of the global market share of low-carbon hydrogen by 2030. Having launched its “hydrogen leadership roadmap” at the UN Climate Change Conference (COP26) in early November 2021, the UAE has confirmed its intentions to capture at least a quarter of the global hydrogen-fuel market by the end of the decade.

Oman, meanwhile, has similarly lofty ambitions for hydrogen production, aiming to build a “hydrogen-centric” economy by 2040. “The potential for clean hydrogen, including the green and blue versions, is around 1GW by 2025, 10GW by 2030 and around 30GW by 2040—this is how we see the growth of hydrogen in Oman,” said Abdullah al Abri, head of energy renewal at the country’s top oil and gas producer, Petroleum Development Oman (PDO), in November.

According to S&P Global Platts Analytics, moreover, the total investment value of announced hydrogen projects in the Middle East equates to some $44 billion, of which $35 billion is being invested in projects that are expected to be operational by 2030. S&P Global Platts, meanwhile, launched a new pricing assessment for Middle East hydrogen in November 2021, reflecting the daily cost of production prices for hydrogen in Saudi Arabia, Oman, Qatar and the UAE. “Huge amounts of capital are being invested in hydrogen production in the Middle East, and the projects under development will put the region at the centre of the emerging hydrogen economy,” Alan Hayes, head of energy transition pricing at S&P Global Platts, stated upon the launch of the new assessment. “The Middle East has the potential to become a global supply hub for hydrogen in much the same way as it is now for crude oil.”

All this means that the Middle East is primed to be a crucial region for hydrogen production over the coming decade, at a time when clean energy continues to be increasingly sought after all over the world. And should developments go according to plan, particularly regarding the completion of the plant in Neom and the advancements it can achieve in carbon capture, utilisation and storage technology, then Saudi Arabia will have every chance of securing a market-leading position within the global hydrogen industry.