Top Posts
Challenges Remain, But There Are Opportunities to Be Had in...
Interview with Mr. Olukayode Pitan, Chief Executive Officer and Managing...
Commodities Outlook for 2023
The Value of Cash in a Time of Crisis: How...
The US-Africa Leaders Summit: Fostering a Closer Relationship with the...
Three Key Sectors in Which to Invest in 2023
Home Finance Why the Global Minimum Tax Matters for Global Tax Revenue
Finance 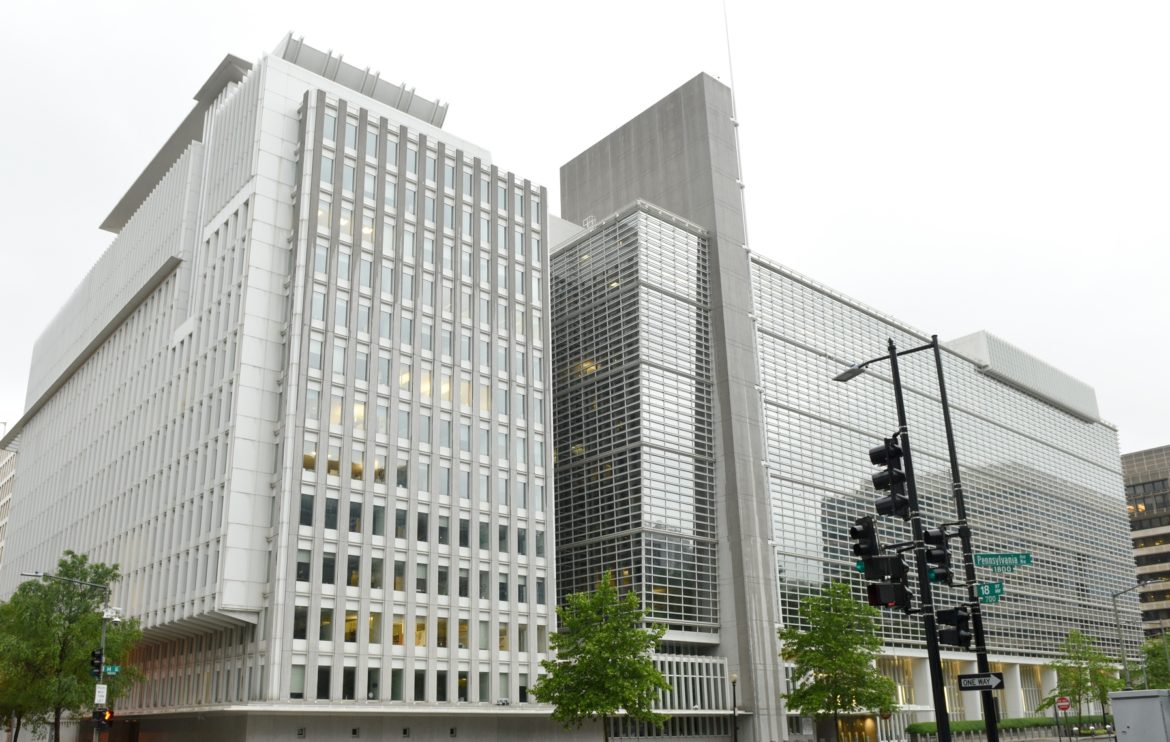 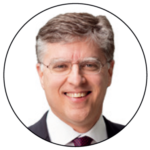 However, an increasingly globalized world and digitalized economy have continued to strain the international tax framework. Globalization has created opportunities for MNEs to minimize their global tax bills, often by shifting profits to low-tax jurisdictions, sometimes through complex mechanisms with little commercial rationale. Digital businesses do not require a physical presence in jurisdictions where they earn large profits, often paying little or no tax on their incomes or profits generated within those jurisdictions.

In October 2021, 137 countries of the OECD/G20 Inclusive Framework (IF) on BEPS reached a historic international agreement to address these challenges through two distinct but connected pillars.

Pillar One will reallocate tax revenues to the country of the consumer. Pillar Two will introduce a global minimum effective tax for MNEs. Understanding how this will be implemented is crucial for the framework’s success.

The GMT (Global Minimum Tax) is designed to ensure that large MNEs (enterprises with annual revenues greater than EUR 750 million) pay a minimum effective tax of 15 percent. By standardizing the rate globally, the GMT aims to limit the so-called “race to the bottom” on corporate tax rates.

Countries, including non-IF members, have high economic and fiscal incentives to implement Pillar Two. (Pillar Two is non-mandatory, called the common approach; i.e., countries are not required to implement the rules. However, by joining the multilateral agreement, they accept its adoption by others and commit to following the agreed rules.) The design of the GMT means that a country can apply a top-up tax to the subsidiary of an MNE that has been taxed below the minimum effective rate. If a country doesn’t apply the GMT rate, it means that another country (the source country or other countries in which the MNE carries on its business activities) will collect those taxes, eliminating the “advantage” of the low-tax country. (Pillar Two rules that allow for top-up taxation on the profits of any foreign subsidiaries that have effective tax rates of less than 15 percent [the income inclusion rule, IIR, by a parent jurisdiction and the undertaxed profits rule, UTPR, by other jurisdictions in which the MNE carries on its business activities] are collectively known as the Global Anti-Base Erosion [GLoBE] rules.) Therefore, zero and low corporate income tax (CIT) countries are incentivized to adopt Pillar Two as an opportunity to claim revenue that others would otherwise claim.

The importance of Pillar Two for developing countries

The OECD has estimated2 that the minimum 15-percent effective tax rate under Pillar Two is expected to generate US$150 billion in new annual global corporate tax revenues that developing countries would not benefit from otherwise.

The GMT’s effect on the investment landscape

The GMT also allows countries to revisit their broader tax-incentives frameworks rather than focusing only on those targeting MNEs. Despite the growing global prevalence of tax incentives, empirical evidence has found that they play a limited role in influencing investor decisions and often lead to fiscal losses, especially in low-income countries, which are already struggling with revenue mobilization. Long advocated by the World Bank and other development partners, countries must consider non-tax factors to strengthen a country’s investment attractiveness, including the general business environment, infrastructure and people/skills investments and strong public administration.

When analyzing the GMT, countries should take steps to analyze their corporate income tax (CIT) regimes to consider implementation options carefully. In this context, choices will depend notably on the following questions:

The GMT for MNEs is a fundamental change to the international tax framework. Many jurisdictions will need to make reforms, whether to protect their tax bases, implement the GMT rules or carry out deeper (tax and investment policy) reform processes. Countries have different implementation options, which will depend on their circumstances and policy choices, but also the ongoing IF work to finalize the Pillar Two implementation framework.

While the “do nothing” option is feasible on paper under the agreement, it is not without risks, particularly for a country forgoing tax revenues because another country is topping up taxes.

Level 1 measures: Protect the tax base.

A specific feature of the GMT rules is that undertaxed profits can be topped up in other countries. It is recommended that countries take action to ensure that they do not lose tax revenues to other countries.

Countries can introduce their own domestic minimum top-up tax based on the GMT mechanics, which is then fully creditable against any liability under the GMT, thereby preserving a jurisdiction’s primary right of taxation over its own income.

Option 3: Evaluate and reform tax incentives to align with the GMT.

The GMT rules are likely to have implications for the viability of certain tax incentives. Therefore, it is prudent for countries to carry out evaluations of their incentive regimes. This is particularly relevant in cases where the tax provision (or indeed a combination of reliefs) could lead to a scenario of an ETR of less than 15 percent.

Level 2 measures are the implementation of the core GMT rules: the income inclusion rule (IIR) and the undertaxed payments rule (UTPR). The policy impetus for introducing these rules will depend on country-specific circumstances, particularly the profiles of the MNEs in the country, and the applicable ETRs, while also taking into account the implementation of Level 1 measures.

IIR is the primary core GMT rule. This rule imposes a top-up tax on a parent entity after considering the insufficiently taxed income of a constituent entity.

Whether a country implements the IIR will primarily depend on whether it has unreimbursed partnership expenses (UPEs) of MNEs within its jurisdiction. Having UPEs within the country creates a strong case for implementing the IIR. If a country does not have UPEs, there should not be an immediate requirement to implement the IIR.

The undertaxed payments rule (UTPR) will be particularly relevant for countries that have in-scope entities of MNEs and where the country/countries of the UPEs of the MNEs do not implement the IIR. The agreement envisions that the UTPR will come into effect one year after the IIR, allowing countries to defer decisions on implementing the UTPR.

The GMT is a significant development in international taxation. The core GMT rules, the IIR and the UTPR, are complex, and it may not be necessary for all countries to implement them. However, this new international tax framework may provide opportunities for countries to reshape their CIT regimes. Opportunities include broadening the tax base or considering tax-rate reforms, possibly revisiting their current tax-incentives regimes to attract investments.

Countries can review their overall CIT regime to ensure that it is optimized for the new Pillar Two environment. Options include rate policy, simplification of the tax code and base broadening. This can potentially increase tax revenues and investment attractiveness, although this will depend on the circumstances within individual countries.

Option 3 advocates that countries should review and reform tax-incentives regimes to be compatible with Pillar Two GMT rules. This is an important step in protecting the tax base as well as avoiding low taxation of MNEs and top-up of taxes by other countries under the IIR or the UTPR. Countries may also wish to consider new incentives that are compatible with the GMT rules.

Countries should take concrete steps now to prepare for the introduction of the GMT, recognizing that change creates uncertainty. This can be addressed through solid planning, good analysis and open communication to:

1.     Ensure compatibility with the GMT rules and evaluate implementation options.

Countries may signal that they will ensure their tax codes will be compatible with the October 2021 agreement and GMT rules. Since work is still ongoing at the OECD on practical implementation issues, it would be premature for a jurisdiction to finalize implementation at this point.

2.     Carry out preparatory work for implementation.

It is recommended that countries begin the preparatory work for determining what reforms to their CIT regimes will be necessary to ensure conformity with the GMT.

Countries must engage with stakeholders on implementing the international tax agreement, specifically the GMT rules. Regular communication can convey greater transparency to taxpayers (and minimize disputes) and facilitate policy development.

There has been remarkable progress by the IF in developing the architecture to underpin the GMT, with model rules finalized in December 20215 and the Commentary6 agreed on in early 2022. Work on the detailed implementation framework continues, including further administrative guidance, simplifications and safe harbors. Implementation is now expected to begin in 2024.

Countries are also taking steps to implement the GMT. The European Union is close to agreeing on the Directive (26 of the 27 European Union [EU] member states have agreed on the proposed Directive), which will underpin implementation in the 27 EU member states. Countries—including Canada, Ireland, Malaysia, New Zealand, the Republic of Korea, Switzerland and the United Kingdom—have launched public consultations on implementation. Switzerland, the United Kingdom and the Republic of Korea have published draft legislations to implement the IIR and Mauritius to implement the QDMTT. The United States’ administration is advocating legislation to align the existing US minimum tax (GILTI) more closely with the new GMT. More countries have signaled that they are evaluating implementation options.

The GMT is very complex as it is based on financial accounts, there is no one-size-fits-all solution, and implementation will provide challenges for both developed and developing countries.

The World Bank stands ready to support developing countries in implementing the rules through regional seminars with deep dives on the rules, technical assistance to countries on impact assessment, analysis of policy options, evaluation of tax incentives and legislative drafting. Together, we can fundamentally improve the global tax system for the better.