Top Posts
Challenges Remain, But There Are Opportunities to Be Had in...
Interview with Mr. Olukayode Pitan, Chief Executive Officer and Managing...
Commodities Outlook for 2023
The Value of Cash in a Time of Crisis: How...
The US-Africa Leaders Summit: Fostering a Closer Relationship with the...
Three Key Sectors in Which to Invest in 2023
Home Finance Why the US Is Ramping Up Its Presence in Somalia Once Again
FinanceNews 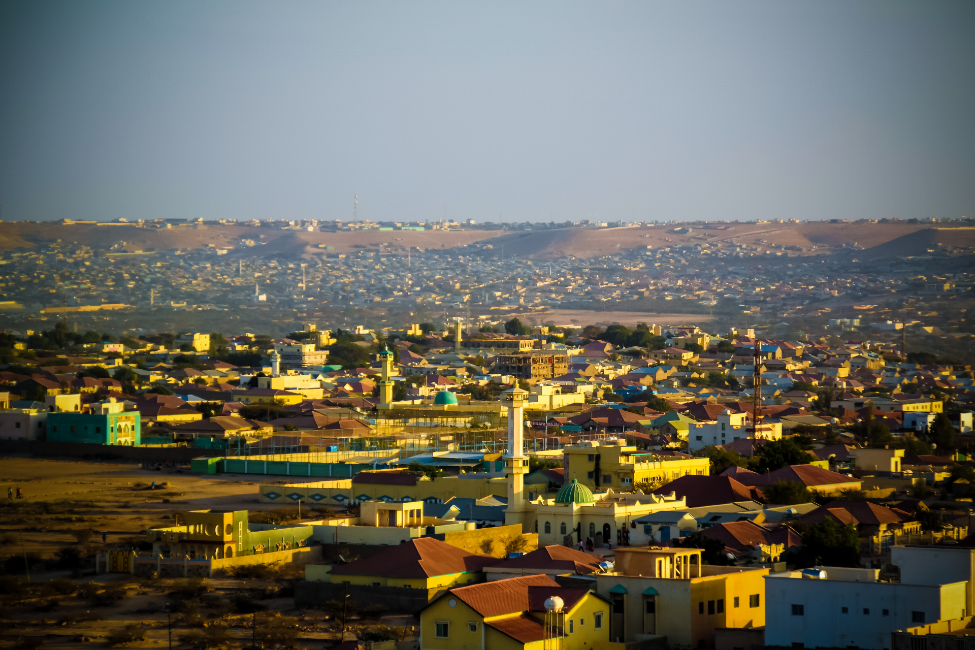 On May 16, US President Joe Biden approved the deployment of troops to Somalia to “reestablish a small, persistent US military presence” in the East African nation as it struggles to contain the growing threat from al-Shabaab, the al-Qaida-affiliated terror group that has escalated attacks in the capital city, Mogadishu, in recent months. But are the US’ anti-terror efforts the only reason for this return to the country, or are there additional factors at play?

Biden’s decision marks a sharp policy reversal compared with his predecessor, Donald Trump, who chose to withdraw 750 US troops from Somalia during the final days of his administration. But the new government has deemed this move an irrational one. “It was an abrupt and sudden transition to a rotational presence,” a senior administration official told The Guardianfollowing the announcement of the decision. “Since then, al-Shabaab, the terrorist group in Somalia that is al-Qaida’s largest, wealthiest and deadliest affiliate, has unfortunately only grown stronger. It has increased the tempo of its attacks, including against US personnel.”

Indeed, as the world turned its eyes towards the launch of Russia’s invasion of Ukraine in late February, few noticed that, at almost the same time, the US began carrying out airstrikes in Somalia for the first time since August, marking the beginning of what seems to be a concerted effort to step up its military efforts against the group. “The President has approved a request from the secretary of defense to re-establish a persistent US military presence in Somalia to enable a more effective fight against al-Shabaab, which has increased in strength and proposed poses a heightened threat,” White House Press Secretary Karine Jean-Pierre confirmed. “This is a repositioning of forces already in theater who have traveled in and out of Somalia on an episodic basis since the previous administration made the decision to withdraw.”

On paper, this redeployment of troops to fight a growing terrorist threat seems justified. According to figures from the Africa Center for Strategic Studies, the year following Trump’s troop withdrawal saw the number of al-Shabaab attacks surge from 1,771 to 2,072, while the number of battles with security forces increased by 32 percent. In early May, hundreds of al-Shabaab members attacked an African Union base in southern Somalia, which resulted in the deaths of at least 40 Burundian soldiers. And an attack on the Manda Bay Airfield in January 2020 resulted in the killing of three US Department of Defense personnel, as well as considerable destruction of US aircraft and vehicles.

With al-Shabaab’s shadow government also increasing its economic influence in Somalia—and indeed, the wider Horn of Africa—the Somalian government is now struggling to contain the growing threat the group poses to the region. One 2020 study calculated the group’s tax earnings at $15 million per month, over half of which comes from Mogadishu itself, despite the federal government and African Union troops being technically in control. But according to Omar S. Mahmood, a senior analyst with the International Crisis Group, and Abdihakim Ainte, a former advisor to Somalia’s government, the group’s total revenue is highly likely to exceed that of the government itself. “For example, al-Shabaab’s sophisticated shadow governance structures provide a modicum of justice and revenue-generating streams, to the point where many interlocutors in Somalia’s capital of Mogadishu remark that they would not even begin to renovate their house without paying protection money to the group; otherwise they risk being attacked,” Mahmood and Ainte wrote in Foreign Policy magazine in September 2021.

As such, it seems Somalia’s newly elected president, Hassan Sheikh Mohamud, has openly welcomed the return of US forces to Somalia. “The President of the Federal Republic of Somalia H.E @HassanSMohamud thanks and appreciates H.E @JoeBiden for authorizing the deployment of American troops to #Somalia. The #US has always been a reliable partner in our quest to stability and fight against terrorism. #Partnership,” Mohamud tweeted shortly after the redeployment decision was announced.

But could there be other factors at play in Biden’s decision? After all, the Horn of Africa is a crucial geopolitical and economic region that has attracted increasing interest from a number of world powers in recent years. It is home to China’s only overseas military base in Djibouti, which it claims has been established to support anti-piracy efforts in the region. The country is also home to US, French, Italian and Japanese military bases.

But larger geopolitical issues could well be at play here, particularly regarding China’s growing economic presence in the region. For one, China has been engaging with Somalia to counter growing ties between Taiwan and Somaliland, the de factoautonomous state internationally considered as part of Somalia, as Beijing regards the friendship as a threat to its strategic interests in the Horn of Africa. “Somalia opposes the collusion between Taiwan and Somaliland, which violates the sovereignty of Somalia, and will continue its strategic and practical cooperation with China,” Foreign Minister Abdisaid Muse Ali said during a meeting with his Chinese counterpart Wang Yi in March. “China will continue to assist Somalia’s reconstruction and development…provide much needed humanitarian supplies, and discuss the implementation of livelihood improvement projects in safer regions,” Wang Yi added.

But Somaliland has established representative offices in neighbouring countries such as Djibouti, Ethiopia and Kenya, as well as in the United States and the United Kingdom, which are used to curry support for its attempts to be recognised as a fully independent state. The US has been mulling the possibility of setting up a representative office in Somaliland, which welcomed a congressional staff delegation to its capital, Hargeisa, in mid-December. And reports stated that both China and Somalia were alarmed by a Somaliland delegation’s visit to Taipei City in February. As such, the US’ heightened presence in the region could well be partly motivated by a need to counter the burgeoning China-Somalia relationship, both directly by reaffirming its ties with Mogadishu and by expanding relations with Somaliland.

There is also the possibility that commercial factors have influenced the US’ return to Somalia, with oil production in the country having come sharply into focus this year. On February 20, the government announced a reversal on an oil-exploration deal it had penned with US company Coastline Exploration shortly after Abdirashid Mohamed Ahmed, the minister of petroleum and mineral resources, announced a production-sharing agreement had been signed with Coastline. “Recently completed seismic programs indicate that Somalia has the potential to become a significant oil and gas producing country,” Ahmed said in a statement. The deal would “accelerate our roadmap of hydrocarbon exploration offshore”.

“Somalia has the longest coastline in Africa and the longest in warm water that is undrilled by the oil and gas community,” Richard Anderson, Coastline Exploration’s chief executive, explained to investor news publication Proactive Investors, adding that it was the only oil and gas company active in Somalia at present and that the offshore opportunities there were impressive. “It’s an area larger than the North Sea and completely unexplored.”

But according to Prime Minister Mohamed Hussein Roble, the Coastline agreement was against the law. “The alleged production sharing agreement purportedly signed by the Minister of Petroleum with a foreign entity regarding Somali oil reserves is illegal, unacceptable since it wasn’t done through legal avenues. I will take all appropriate measures to protect our national resources,” Roble tweeted on February 20. As such, the office of Mohamed Abdullahi Mohamed (also known as Farmaajo), who was president at the time, confirmed that the deal had been nullified, with the presidential palace Villa Somalia tweeting that “it contravenes Presidential Decree 7/8/2021, which bans the inking of deals during elections so as to protect public resources from exploitation during elections.”

Indeed, the US’ deployment of troops swiftly followed Farmaajo’s loss in the general election on May 15 to Hassan Sheikh Mohamud, who returned to power, having already served as president from 2012 to 2017. But whether another reversal of oil-exploration arrangements to favour US interests is on the horizon remains to be seen at this stage.

The persistent political unrest in neighbouring Ethiopia will not have gone unnoticed by the US either, as the conflict between the Ethiopian government and Tigray rebel forces in the north of the country continues undeterred. Indeed, in September 2021, the US unveiled a smart sanctions regime targeting members of the Ethiopian government, Tigray and Amhara leaders, and Eritrean forces. It is also worth noting that the US has historically backed the Tigray People’s Liberation Front (TPLF), the dominant party within Ethiopia’s coalition government, which took power in 1991 following the end of its civil war. Indeed, the TPLF chairman, Meles Zenawi, remained Ethiopia’s prime minister until he died in 2012.

And while the US has not lent explicit support to the Tigray forces in the ongoing conflict with the Ethiopian National Defense Force (ENDF), the Ethiopian Federal Police and the Eritrean Defence Forces, its relations with the Ethiopian government certainly seem to have deteriorated over the last year or so. “As the war approaches its one-year anniversary, the United States and others cannot continue ‘business as usual’ relations with the Government of Ethiopia. The extraordinary partnership we have enjoyed is not sustainable while the military conflict continues to expand, threatening the stability and unity of one of Africa’s most influential countries and the fundamental well-being of its people,” Jeffrey Feltman, the US special envoy to the Horn of Africa, stated in November 2021. “The United States and other donors have already limited significant amounts of development assistance to Ethiopia in an effort to dissuade the government from this harmful path. We have conveyed to Ethiopia that it is at risk of losing its trade benefits under the Africa Growth and Opportunity Act, AGOA, if human rights violations are not addressed.”

The US has since imposed sanctions on Ethiopian and Eritrean leaders. And with Russia having recently boosted its military cooperation with both Ethiopia and Eritrea, along with growing Chinese investment and strategic partnership with the two nations, boosting the American troop presence in neighbouring Somalia could well be a way to counter advancements being made in the region by its adversaries.

How Technology Is Helping to Solve Global Supply-Chain Issues