Top Posts
Designing the Next-Generation Banking Treasury Management
Is the US Finally Warming to the Possibility of Creating...
Enabling the Drive Toward Green Finance with Technology
Why Have Tin Prices Struggled in 2022?
The Devil We Thought We Knew
How China Has Managed to Avoid the Inflation Bug
Home Finance Will Inflation Continue to Erode Global Economic Prospects This Year?
Finance 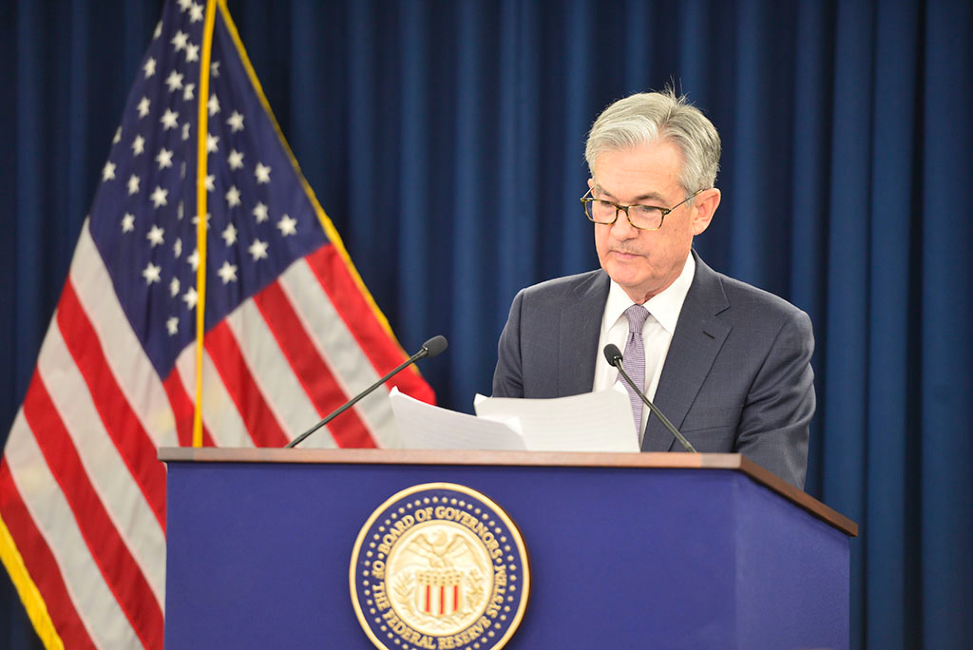 As the global economy continues to take steps towards full recovery from the effects of the coronavirus pandemic, the biggest conundrum facing central banks in many countries over the last few quarters has been the quickening pace of price increases, now preventing further expansionary measures to be taken by monetary policymakers. But is this bout of inflation just a temporary problem, or will runaway prices continue to erode growth prospects this year and perhaps even beyond?

The International Monetary Fund (IMF) published the updated version of its October “World Economic Outlook” (WEO) in late January, in which it revised its global economic-growth estimate downwards by half a percentage point from its earlier projection on the back of more cautious forecasts for the United States and China. The estimate for 2022 now stands at 4.4 percent, with concerns over accelerating prices clearly a significant part of the IMF’s thought process. “Elevated inflation is expected to persist for longer than envisioned in the October WEO,” the Fund explained. “Rising energy prices and supply disruptions have resulted in higher and more broad-based inflation than anticipated, notably in the United States and many emerging market and developing economies.”

Indeed, the official US annual inflation rate rose to 7.0 percent in December and by a further 7.5 percent in January, marking the highest month of price increases since February 1982. And the Core Personal Consumption Expenditures (PCE) Price Index—an inflation gauge that is more closely monitored by the US Federal Reserve (the Fed)—rose by 4.9 percent and 5.2% in December and January respectively, with the January figure marking the biggest annual gain since April 1983.

After 2021 came to a close, it became clear that soaring energy prices played a significant role in the US’—and, indeed, the world’s—accelerating inflation problem. According to figures from the U.S. Bureau of Labor Statistics (BLS), energy costs were the chief driver of inflation in 2021, rising 29 percent from 2020 on the whole, with gasoline surging by 50 percent and fuel-oil costs climbing by 41 percent.

But perhaps most concerning about the inflation figures in recent months is that volatile energy prices are only part of the story—higher prices have crept into new and used cars and trucks on the back of supply shortages of the computer chips used in new vehicles; food as a result of the prices of various agricultural commodities rising significantly in recent months; even rent as pandemic-triggered moratoriums have started to reach their expiry dates.

As such, while the Fed tried to shake off these higher price numbers last year as being transitory in nature and was convinced inflation would be brought back down towards official target levels, the persistence of accelerating prices greatly raises the prospects of monetary tightening being implemented sooner than expected through higher interest rates. Indeed, the Fed’s chair, Jerome Powell, confirmed that a rate hike would be likely in March, alongside the ending of the central bank’s bond-purchasing programme. “The committee is of a mind to raise the federal funds rate at the March meeting assuming that the conditions are appropriate for doing so,” Powell said on January 26, adding that inflation “has not gotten better. It has probably gotten a bit worse…. To the extent that situation deteriorates further, our policy will have to reflect that.”

Goldman Sachs, meanwhile, which had predicted at the end of last year that the Fed would raise rates four times in 2022, nudged that forecast up to five at the end of January, before promptly raising that number once more to seven on February 11, further underlining the concern policymakers now have for runaway prices. “Following yesterday’s strong CPI print, Goldman Sachs Research is raising their Fed forecast to include seven consecutive 25bp rate hikes at each of the remaining FOMC meetings in 2022 (vs. five hikes in 2022 previously),”” Goldman economists led by Jan Hatzius wrote in a report. “They continue to expect the FOMC to hike three more times at a gradual once-per-quarter pace in 2023Q1-Q3 and to reach the same terminal rate of 2.5-2.75%, but earlier.”

The eurozone has also recorded its highest inflation rates on record, with 5% posted in December and 5.1% registered for January. Surging energy costs, particularly natural-gas prices, were chief drivers, even more explicitly than in the US. That said, some believe inflation in the region has already peaked and will gradually ease in 2022. “Is this peak inflation? This depends to a significant degree on gas price developments, which have been incredibly volatile in recent weeks and a dominant driver of the recent inflation surge,” Dutch bank ING observed in early January. “Still, at current futures prices for natural gas and oil, energy inflation is likely to have peaked and is set to trend down from here. On top of that, the German VAT effect, which lifted inflation for a final month in December, will shave off about 0.5% from headline inflation from January onwards.”

Among the biggest concerns globally is that supply-chain issues remain among the key drivers of sustained inflation. Worker shortages brought on by the Omicron COVID-19 variant means bottlenecks that plagued much of the global supply chain last year will continue into 2022 and perhaps beyond. Indeed, Powell himself has acknowledged that supply-chain issues are taking longer to be resolved than the Fed had initially envisaged, although he also recently stated his belief that “we will eventually get relief on the supply side”. According to mid-January data from Flexport, a freight forwarder, however, freight goods from Chinese factories are taking an average of 113 days to reach the US. “If anything, it’s getting worse,” Phil Levy, Flexport’s chief economist, told The Washington Post on January 15. “I don’t think there’s any reason to be sounding the all-clear at this stage.”

And it is this uncertainty, largely being driven by COVID-19, that makes forecasting global inflation this year decidedly tricky. It would seem that price growth will remain elevated, at least during the early part of the year. But whether inflation continues to erode growth prospects throughout 2022 will largely depend on the progress the world ultimately makes in tackling and suppressing the pandemic, as well as on how aggressively the major central banks end up lifting interest rates—potentially at the risk of sacrificing some GDP (gross domestic product) growth upside.

“Assuming inflation expectations stay well anchored, inflation should gradually decrease as supply-demand imbalances wane in 2022 and monetary policy in major economies responds…. Monetary policy in many countries will need to continue on a tightening path to curb inflation pressures…,” according to the IMF. “Oil futures contracts indicate crude prices will rise about 12 percent this year as natural gas prices climb about 58 percent. Such increases for both commodities would be considerably less than their gains last year, and would likely be followed by falling prices in 2023 as supply-demand imbalances ease further.” The IMF also predicted food prices climbing this year by a more moderate pace of about 4.5 percent before they reverse course in 2023. This would mark a sharp turnaround from the 23.1-percent rise last year, according to the United Nations Food and Agriculture Organization (FAO). “This should ease spending pressures for millions of people around the world, especially in countries with lower incomes.”

But not every analyst sees inflation cooling this year. In the latest quarterly Reuters survey of more than 500 economists taken throughout January, for example, they raised their 2022 inflation forecasts for most of the 46 economies covered; Reuters reported that although prices are expected to ease in 2023, the inflation outlook appears to be much stickier than it was in the previous survey taken three months earlier. Indeed, nearly 40 percent of those surveyed identified inflation as the biggest risk to the global economy this year, ahead of the 35 percent who chose coronavirus variants and 22 percent who were concerned central banks would act too quickly and restrict growth.

And IHS Markit also forecasted a marked rise in inflation between 2021 and 2022, although the analytical intelligence firm advised that it sees price growth slowing later this year. “Global consumer price inflation reached 5.2% year on year (y/y) in November and December 2021, its highest pace since September 2008,” Markit noted in its global economic outlook for 2022, published on January 24. “Worldwide inflation will likely remain near 5.0% in early 2022 before gradually easing in response to declines in industrial and agricultural commodity prices.” Markit also estimated global consumer price inflation to have picked up from 2.2 percent in 2020 to 3.8 percent in 2021 and expected it to average 4.1 percent in 2022 before subsiding to 2.8 percent in 2023. “Risks to the inflation outlook are concentrated on the upside,” the market research firm added.