Top Posts
Challenges Remain, But There Are Opportunities to Be Had in...
Interview with Mr. Olukayode Pitan, Chief Executive Officer and Managing...
Commodities Outlook for 2023
The Value of Cash in a Time of Crisis: How...
The US-Africa Leaders Summit: Fostering a Closer Relationship with the...
Three Key Sectors in Which to Invest in 2023
Home Finance Will the UK Housing Market Recovery Be Short-lived?
Finance 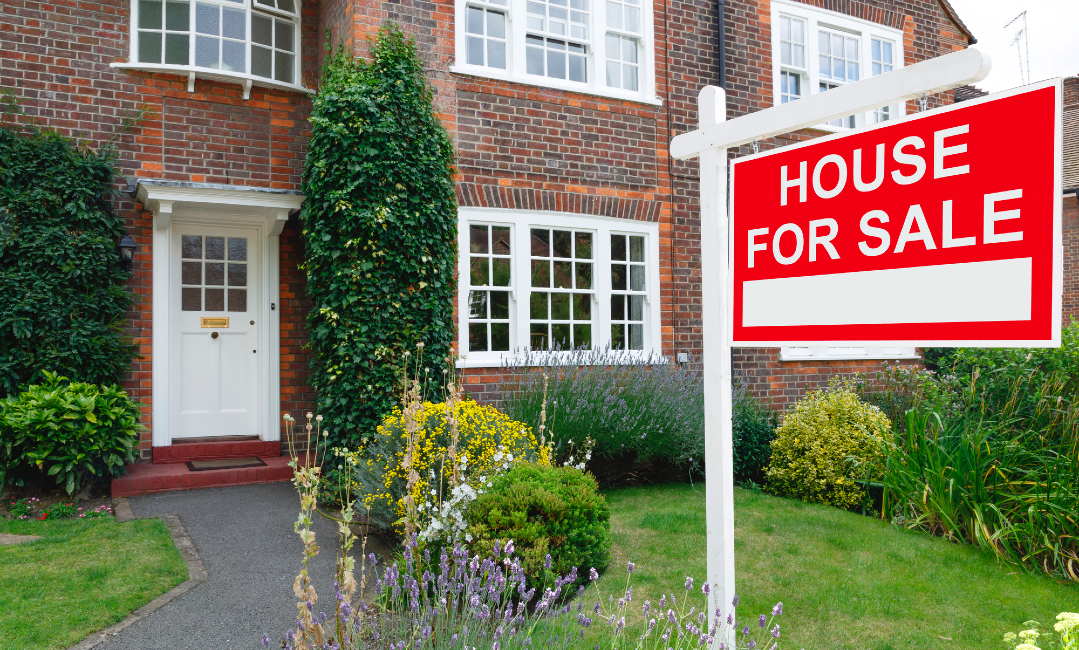 Thanks in no small part to a change in the United Kingdom’s Stamp Duty Land Tax (SDLT) rules, the last two months have represented something of a rebound for the UK’s housing market, as house prices saw positive growth for the first time since the country went into lockdown in March. But while this news has certainly been welcomed, there remains much debate over whether this recovery is here to stay.

Data from online real-estate portal Rightmove shows that buyer enquiries have been rising strongly since July, while mortgage applications have also rebounded since the reopening of the market in May. This renewed demand has helped support prices, with Halifax reporting that prices gained 1.6 percent month-on-month in July, marking the first monthly increase since February and the biggest price rise since last December. And in August, Halifax noted that house prices rose by a further 1.6 percent and also 5.2 percent more than a year earlier, the fastest annual rate since 2016. According to a residential survey from the Royal Institution of Chartered Surveyors (RICS), moreover, a net balance of 12 percent of respondents reported an increase in house prices during July, as house prices rose in virtually every region of the country. It also stands in stark contrast to the previous month’s survey, which reported a net balance of minus 13 percent.

The prime reason for this resurgence is the significant change in Stamp Duty rules introduced in July by the government, with Chancellor of the Exchequer Rishi Sunak exempting all residential properties with a value of up to £500,000 from the tax until the end of March 2021. It means that a homebuyer spending £500,000 on a property could save as much as £15,000 on their purchase. And although the move was applied to sales in England and Northern Ireland, similar changes have also taken effect in Wales and Scotland, with the tax-free threshold increased to £250,000.

As such, the “stamp duty holiday” has proven successful in buoying the housing market. “The housing market was essentially brought to a standstill from late-March through to mid-May by the lockdown,” noted Howard Archer, chief economic advisor at professional services firm Ernst & Young (EY), who nonetheless acknowledged that there “does appear to have been an immediate pick-up in housing market activity following the easing of restrictions”.

According to the estate agent Hamptons International, the month from July 8—the date on which the stamp duty holiday was introduced—saw 38 percent more people across the country registering to buy than the same period in 2019. And Rightmove has observed that the month experienced the highest value of sales in more than a decade, at £37 billion, with prices rising at their fastest annual rate since the months following the 2016 Brexit referendum. Halifax Bank’s managing director, Russell Galley, cites the stamp duty measure as being crucial in boosting confidence among homebuyers and hailing the future as “brighter than expected”.

But while this rejuvenation is undoubtedly good news for UK house prices, the important question that now arises is whether the housing market can continue to show sustained resilience and prevent a strong downward market correction. The UK is now officially in recession for the first time in 11 years, with the economy having experienced two straight quarters of negative growth. Should this recession be prolonged and job losses begin to mount, one might reasonably assume that it would start to weigh heavily on house prices. Concerns were certainly widespread at the beginning of July when Nationwide Building Society reported that UK house prices had registered their first annual decline since December 2012, with prices in June 0.1 percent lower than they were during the same month a year ago.

Of particular concern is the state of London’s housing market. The RICS UK Residential Market Survey found that a net balance of minus-10 percent of respondents reported a decline in house prices in the capital city during July, although this is a significant improvement from June’s minus-54-percent reading. And the outlook over the coming months remains grim, with a net balance of minus-15 percent expecting London house prices to fall in the next three months, while a hefty 21 percent expect falling prices over the coming year. “It is interesting that there remains rather more caution about the medium-term outlook with the macro environment, job losses and the ending or tapering of government support measures for the sector expected to take their toll,” RICS chief economist, Simon Rubinsohn, stated.

What’s more, London may not be the UK’s only major urban area that’s set to experience a bear market, with Rightmove suggesting that the pandemic is causing significant changes in the buying patterns of homebuyers. Thanks mainly to long-term remote working becoming a reality for many, coupled with sustained concerns of possible multiple waves of the virus hitting the UK, more people are moving towards rural areas, as already evidenced by Devon and Cornwall both recently experiencing record-high sales. According to Rightmove’s director, Miles Shipside, there’s been an “out-of-city exodus”, as working from home now means “a different lifestyle much closer to your new doorstep”. And with the majority of businesses anticipating at least some of their employees to be working remotely for the next year, the trend of deurbanization could be prolonged. “There’s an added layer of additional demand due to people’s changed housing priorities after the experience of lockdown,” Shipside said. “This is also keeping up the momentum of the unexpected mini-boom, which is now going longer and faster.”

But many agents believe that the surge in housing activity will be short-lived. “Significantly, some contributors are now even referencing the possibility of a boom followed by a bust,” observed Rubinsohn. Perhaps most notable are the recent projections from the Office for Budget Responsibility, based on three different scenarios. According to its “best-case scenario” whereby economic activity would return to its pre-COVID-19 peak in 2021’s first quarter, UK house prices will rise by 0.2 percent this year and by 4.1 percent in 2021. But its “central scenario” would yield a 0.7-percent decline for 2020 and a 3.8-percent contraction next year, with the economy not getting back to pre-COVID-19 levels before the fourth quarter of 2022. And should its “worst-case scenario” materialise, economic activity would return to pre-pandemic levels no sooner than the third quarter of 2024, while house prices would decline by 2.4 percent this year, followed by a whopping 11.7-percent fall next year.

A similarly downbeat 2020 assessment was also issued in June by estate agency Savills, when it updated the most recent edition (November 2019) of its renowned annual five-year housing market outlook to account for the impact of the coronavirus. Although the revised estimate was released just prior to Sunak’s stamp duty holiday, Savills said it expected house prices to fall by -7.5 percent for the whole year. That said, its five-year outlook remains decidedly more optimistic, having pencilled in a 15.1-percent rise in prices across the UK by 2024. This includes a 5-percent rebound for next year, an 8-percent increase in 2022, a steadier 5-percent climb in 2023 and a 4.5-percent rise in the final year.

But even if house prices do fall considerably, some are not expecting first-time buyers to benefit materially. Indeed, they may even find it tougher to get on the property ladder compared to before the pandemic. A report from the think tank Resolution Foundation finds that despite some households managing to save more during the lockdown, only 13 percent of private renters between the ages of 24 and 35 had savings of at least £10,000 prior to the crisis and that a quarter of private renters have had to tap into their savings since the onset of the pandemic.

Although prices are projected to fall—perhaps dramatically—in the wake of the pandemic-induced recession, this drop won’t make things any easier for typical young buyers looking to purchase their first homes. Instead, falling incomes and credit restrictions will likely make homeownership every bit as difficult as before for many young people, observed Lindsay Judge, principal research and policy analyst at Resolution Foundation. “Only those who already had high levels of savings before the pandemic started, or those who are able to borrow from their family, will truly benefit from the house price fall.”

And if lenders begin to implement tighter credit restrictions on borrowers, the impact on first-time buyers is likely to be severe. The report projects that should the loan-to-value ratio for first-time buyers decline to 80 percent, which was the level observed during and after the financial crisis as lenders began tightening their credit requirements, the average length of time required to save for a deposit by 2024 would rise to 27 years, even if house prices fell by 22 percent.“This means the current crisis looks set to deepen pre-existing inequalities and the growing divide between those who are able to look forward to homeownership, and those for whom this dream is increasingly out of reach,” Judge explained. “Going forward, policymakers must ensure that young peoples’ incomes are protected in the wake of the coronavirus crisis and that their competitive advantage as first-time buyers is maintained when the stamp duty holiday comes to an end.”

Is There Any Way Back for the US Shale Industry?