Top Posts
How Gamification is Catapulting Digital Banking to the Next Level
Challenges Remain, But There Are Opportunities to Be Had in...
Interview with Mr. Olukayode Pitan, Chief Executive Officer and Managing...
Commodities Outlook for 2023
The Value of Cash in a Time of Crisis: How...
The US-Africa Leaders Summit: Fostering a Closer Relationship with the...
Home Finance Winding Path To ESG: What Risks Are Left on The Sidelines
Finance

Winding Path To ESG: What Risks Are Left on The Sidelines 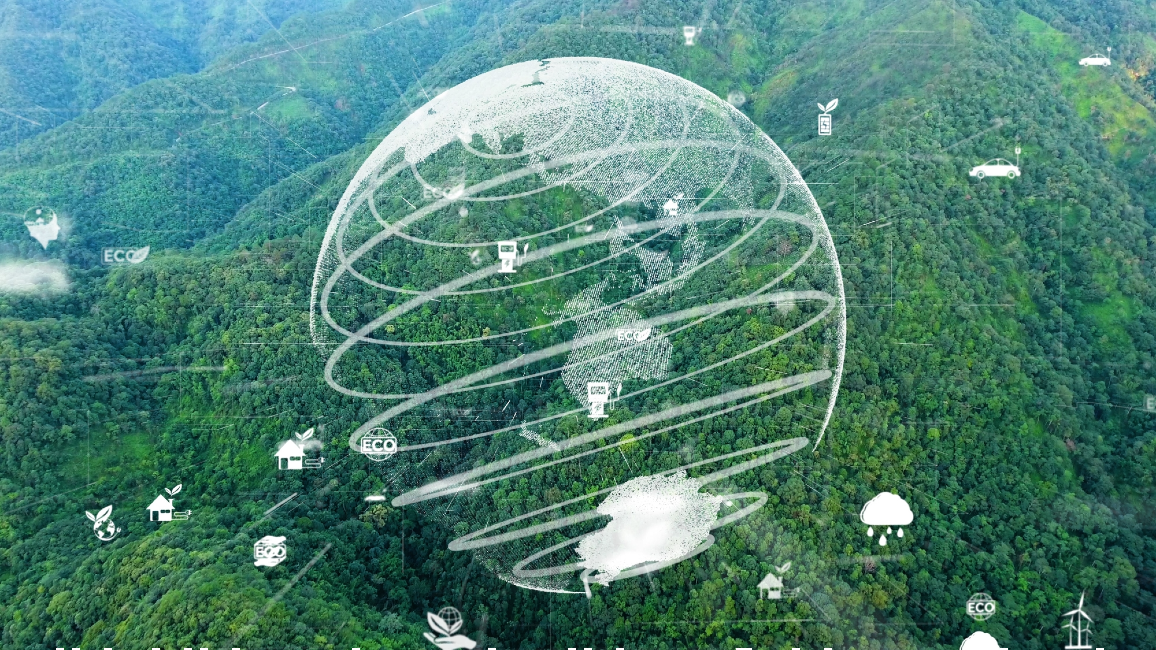 ESG became a hot topic in Russia a couple of years ago and is now undoubtedly mainstream. At least in my family, my wife, my mother, who is 82 years old, as well as my kids, at 16 and 19 years of age are all familiar with the term. However, politicians, and the general public, as well as the media are mainly concerned with the E of the acronym.  Everybody is focusing on the matter of climate change, even though the term environment in itself includes a much wider list of things (think Erin Brockovich). Clearly, the pressing matter of rising temperatures on earth makes climate change the number one priority. However, we risk social matters being left by the wayside and dealt with unsystematically. As we all know, environment and social matters are interconnected and therefore in the fight against climate change, social matters must be a central focus.

The cost of green agenda

An ecological agenda is a difficult subject in any economy, especially in an economy heavily reliant on fossil fuels. In Russia, I believe that we had an adequate response from the state and businesses as everybody recognizes the growing concern over the use of the fossil fuels and that changes are coming. The Russian Government adopted a 40-year capex exposure to reduce Russian carbon dioxide emissions by 60% by 2050 from 2019 emission levels. This will cost almost 90 trillion Rubles ($1.2 trln), which is an unprecedented 2.7% of the country’s GDP. The main focus is put on reducing emissions associated with waste disposal, decarbonizing the power and utilities sector, as well as undertaking foresting projects. One can see already steps being taken, this is not just a declaration, people are taking decarbonization very seriously.

However, as with any business endeavor, adequate project costs are paramount to its success and going green is no exception. It appears that the green agenda was partially driven by unprecedentedly low interest rates globally. As such, it seems that there is an inherent risk that, should the interest rate go up, the governments will be focusing on completely different matters, as green initiatives might become restrictively expensive. It therefore seems that in the process of becoming green one needs to focus on staying competitive and refrain from putting too much money into experimental equipment and processes. The potential cost of mistakes may be just too high. However, underinvesting has clear drawbacks – a company might lose a market quickly in the event their competitor is significantly ahead on the green agenda. Being competitive in export markets may be a crucial point for some Russian companies, many of which are our clients. Do I want my corporate clients to become greener and be successful in the future? Yes. Will I approve a loan for using a non-proven super-green technology that may trigger bankruptcy of a client or simply is too expensive? Sorry, but I will have to say no.

There is no universal approach on what a bank should or should not be doing when providing loans to its customers. At the end of the day banks are governed by their shareholders and regulators and therefore it is up to them what approach a bank should be taking when it comes to ESG. We at VTB have taken the first step and will start measuring the carbon footprint of our loan book from 2023. We will be asking our clients to measure their carbon footprint, this is the first, but vital step on a long road to becoming green.

Since Russian industry is currently heavily reliant on fossil fuels and such industries employ material amount of workforce, we cannot stop advancing loans to the natural resources or metals and mining companies overnight, as it will lead to significant social consequences.  The situation here is similar to the situation with coal, there will be a phase out of coal, not an immediate and abrupt cease of usage. Hence, we will be creating credit valuation models, which will take into account that certain assets will be forced to stop their production and consider gradually discontinuing advancing loans to such assets.

To assist our clients, VTB has launched a free access ESG platform which is a completely open infrastructure for ESG transformation, comprised of a set of financial products and services that meet environmental, social and corporate governance standards.

Risks of the risks

The green transition has tremendous costs, most of which are pushed down on the consumer. According to VTB Capital estimates, transport is the most expensive sector to decarbonise in Russia, full decarbonisation requires annual capex at 5x annual EBITDA for transport, and 2-3x for cement and chemicals. Therefore, the price hikes will transfer to the end customers who will decrease their consumption or, strike against sharp increases in the price of key staples. This would have additional downside effects on these sectors. This interconnection dictates to banks whether to expand risk assessment to address effects on the institutions’ overall performance, not to mention other effects.

Today banks, including VTB, allocate capital for “green” loans with a reduced rate and thus offer support to their clients in financing sustainable plans. In fact, the banks are subsidizing the ESG-agenda indirectly from their profits. The question is whether the banks will be allowed by the regulators to keep on allocating capital in case of increased green pressure on the clients and sectors of the economy.

Which raises the question ‘is there a perfect ‘green’ client for financial institutions? The promising clients for “green” bank portfolios are digital and consumption companies. But we also must accept that excessive consumption is probably the biggest causal factor of climate change. Sadly, we have slowly grown into the hexalen utopian brave new societies when it comes to consumption. Moreover, the so-called new economy companies like Google and Facebook, not to mention Amazon, have business models which are heavily reliant on selling tons of goods.

If we are to seriously talk about beating climate change, then people in developed countries must stop consuming the way they are used to.  It is a hard thing to say and an even harder thing to do. The idea is not new. The first time I heard about the idea was when in my yearly twenties I was dancing to the beats of a Swedish performer called Stakka Bo. The album released in the early 90s was asking people to stop over usage of our planet’s resources and stopping it from going down the drain.  Since then, Stakka Bo’s lead singer, Bo Johan Renck, became a very successful film director and is well-known for his Chernobyl TV series. Sweden has now produced yet another activist who is no longer singing, but actively screaming about the environmental problems. However, environmental problems over the past 30 years have deteriorated, and yet we still consume as if there is no tomorrow, all whilst  a magic technology to swipe away all traces of excessive consumption has still not been created.

And these problems are not the worst part of climate change avalanche.

We need to remember that more than half of the world’s population live in poor or developing countries and they cannot afford the green shift straight away. Moreover, the population of these countries have the highest growth rate, and their consumption level is falling far behind those in the developed world. Thus, in order to solve the climate puzzle, one needs to start thinking on how poorer societies can be transformed into postindustrial countries.

Let’s not forget that the other side of the consumption problem lies in the fact that most of the goods that the developed world consumes are being made in the poorer of developed countries, however, what is going to happen to the well-being of people in such countries if the demand for these goods falls dramatically? What will happen to the regions which are heavily dependent on tourists if the air fares become restrictively expensive? It’s hard to know the answers yet.

And the hardest question is how the banks can measure all the social risks at home countries and abroad. There are no universal methods or metrics for assessing ESG risks, especially non-measurable parameters.

It seems that now is the time to realize that initiatives focused on climate change will not be successful without taking into account the needs of the whole population of the world, including those of the poorer nations.

While certain financing has been pledged by the developed countries to assist the poorer nations, in reality only a small portion of these funds is available.  Most of these funds are provided as loans, which are used to purchase green generation, which in itself is not the solution we need. Clearly, finding a balanced approach here seems almost impossible, but such balance should be found if we really want to make a difference in combating climate change.

Whilst banks can be used as an agency tool, which would impose the green transformation of industry players, the regulators should be taking a leading role in this endeavor and should address the matters of the developing and poor countries.

The states and regulators may or may not find a solution, however, already we see the change in what individuals as well as societies are willing to tolerate when it comes to ecology and social matters.  It is up to us, individuals, to drive the changes we want.  Instead of waiting for changes to come, we ourselves should be changing the future of the world we will be living in. This will come at a cost, but a cost worth paying for.

SWIFT: Leaning in Hard on the Future to Ensure an Inclusive Global Economy

What Are the Implications of the SEC’s Bitcoin Futures ETF Approval?