Top Posts
How Gamification is Catapulting Digital Banking to the Next Level
Challenges Remain, But There Are Opportunities to Be Had in...
Interview with Mr. Olukayode Pitan, Chief Executive Officer and Managing...
Commodities Outlook for 2023
The Value of Cash in a Time of Crisis: How...
The US-Africa Leaders Summit: Fostering a Closer Relationship with the...
Home History of Financial Crises Bernie Madoff’s Ponzi Scheme (2008)
History of Financial Crises 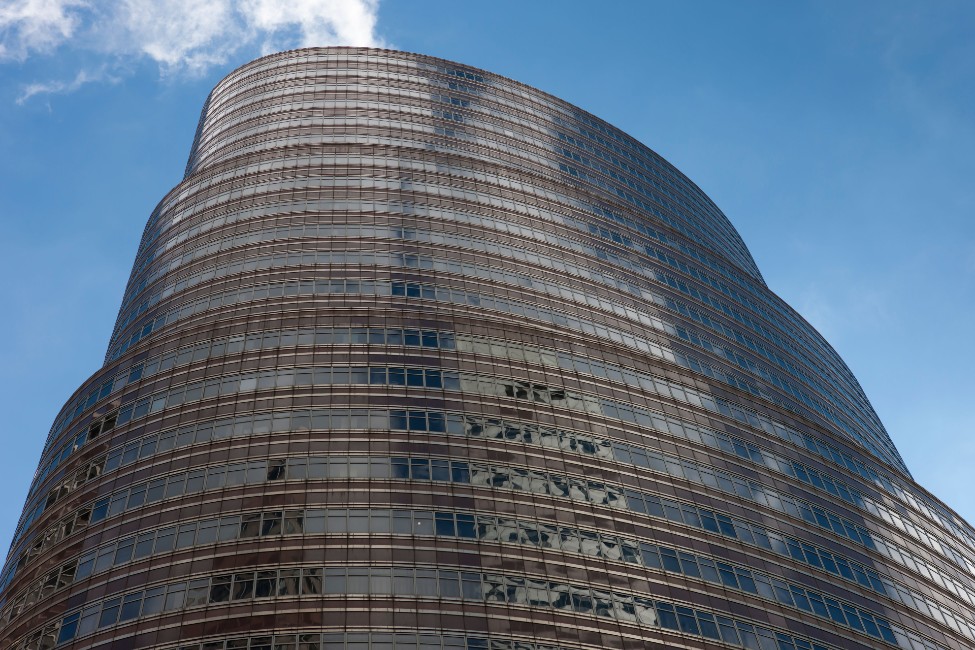 In April of 2021, it was announced that at the age of 82, the criminal financier Bernard Lawrence (Bernie) Madoff had died in a federal prison hospital in Butner, North Carolina, whilst serving a 150-year sentence for various financial crimes, including securities fraud and money laundering. It is widely thought that Madoff ran the biggest Ponzi scheme in financial history, worth around $65 billion.

The son of European Jewish immigrants, Madoff was born in New York in 1938. He founded a brokerage firm in 1960, which eventually became Bernard L. Madoff Investment Securities, where he served as chairman until his arrest by the US Federal Bureau of Investigation (FBI) in December 2008. Madoff also served as chairman of the Nasdaq Stock Market (NASDAQ) during the early 1990s, and Madoff Investment Securities was at one point the stock market’s biggest market-maker. It was at this firm that Madoff built his broker-dealer and proprietary-trading businesses over more than four decades. But it was the firm’s clandestine investment-management and -advisory unit that became the focus of the fraud investigation.

The firm was located on the 18th and 19th floors of the Lipstick Building in Manhattan. But according to two of the firm’s whistleblower employees, Madoff ran the investment-advisory business from a separate floor, the 17th, with one of the employees confirming that Madoff kept the financial records of this business tightly secured. It was from this floor—with a distinctly concealed entrance—that Madoff managed to draw affluent investors into his Ponzi scheme. 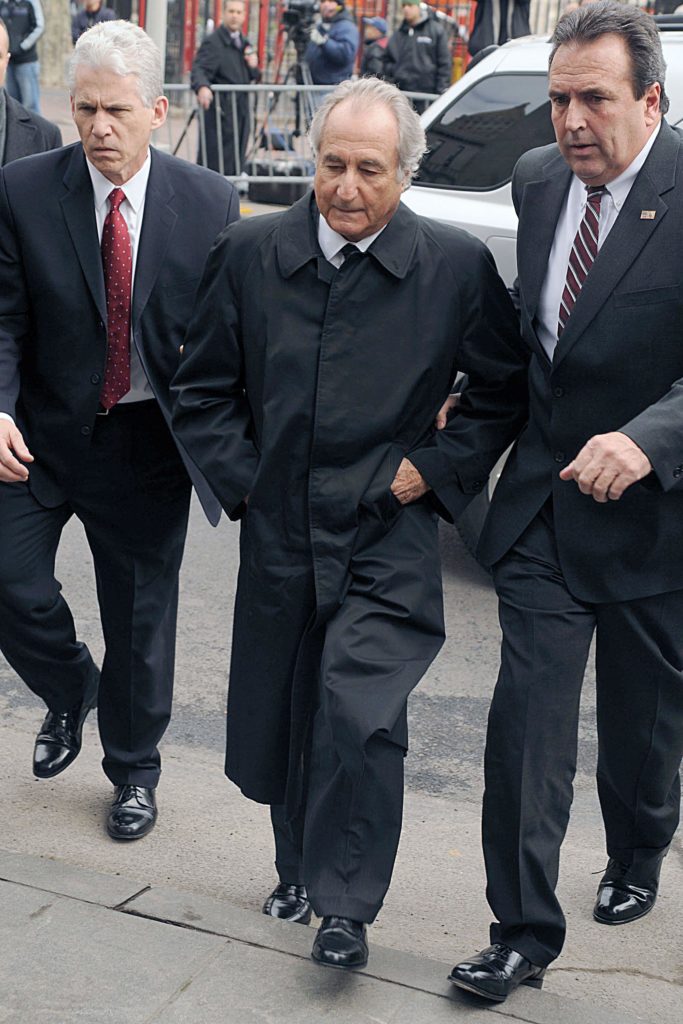 Bernie Madoff was chairman of Bernard L. Madoff Investment Securities, a company he founded in 1960.

Ultimately, the scheme was a rather straightforward one. Madoff simply created an account in which his investment firm collected funds from clients and from which the same money was used to pay those clients who wanted to liquidate their holdings. The specific investment strategy he marketed to investors was the collar, also known as the split-strike conversion. “Typically, a position will consist of the ownership of 30–35 S&P 100 stocks, most correlated to that index, the sale of out-of-the-money ‘calls’ on the index and the purchase of out-of-the-money ‘puts’ on the index,” a Madoff hedge-fund offering memorandum explained. “The sale of the ‘calls’ is designed to increase the rate of return, while allowing upward movement of the stock portfolio to the strike price of the ‘calls’. The ‘puts’, funded in large part by the sales of the ‘calls’, limit the portfolio’s downside.”

The strategy allowed Madoff to conceal his scam, avoid further scrutiny from investors, and provide investors and other interested parties with an explanation of how he managed to attain specific rates of return consistently, year after year. And by confining his portfolios to only blue-chip stocks, Madoff could easily obtain historical trading data to reverse engineer which trades his firm would have to trade in order to achieve a stated rate of return for his client accounts.

“Once he had decided that in November 2008, for example, all his clients’ accounts would be up 1 percent, then he would work backwards—figuring out which stocks he would have had to trade in order to make 1 percent,” the Financial Times explained in 2009. “Madoff or [Frank] DiPascali [who oversaw the Ponzi scheme’s operation] would enter trades that never happened, with real prices, into an old IBM AS/400 computer he used for his advisory business and—voilà!—he had a track record. Then, using a simple spreadsheet such as Excel, more than 2,300 client accounts were updated automatically—dividing among all the accounts the gains from the ‘trades’ that amounted to ‘profits’ of 1 percent.”

Ultimately, Madoff’s Ponzi scheme unravelled when the global financial crisis prompted an attempted withdrawal of some $7 billion by customers from his funds. Previously, Madoff simply paid clients who were requesting withdrawals using money he had deposited from new clients. But with little new money flowing in by November 2008, Madoff failed to cover the volume of withdrawal requests.

Despite having received hundreds of millions of dollars in financial backing from friends, such as clothing entrepreneur Carl J. Shapiro, it was too little, too late. With credit drying up at banks, it proved impossible for Madoff to obtain the needed funding to meet the mountain of redemption requests. He thus told DiPascali to use the remaining $234 million in the Ponzi scheme account to pay favoured clients and relatives, before advising his sons, Mark and Andrew, to pay company bonuses ahead of schedule from the $200 million worth of company assets—explaining to them that his asset-management business was “one big lie”. Madoff’s sons reported him to authorities on December 10, and he was arrested the following day.

“We are alleging a massive fraud—both in terms of scope and duration,” Linda Chatman Thomsen, director of the U.S. SEC’s (Securities and Exchange Commission’s) Division of Enforcement at the time, said. “We are moving quickly and decisively to stop the fraud and protect remaining assets for investors, and we are working closely with the criminal authorities to hold Mr. Madoff accountable.”

Investigators found that Madoff had not made even one trade in many years. And instead of executing his split-strike conversion strategy as he had marketed to his clients, he simply deposited investors’ funds in a Chase bank account and paid other customers seeking to cash out with those funds. He also provided clients with falsified account statements, showing completely fictionalised scenarios of investment returns being generated.

Madoff was sentenced to 150 years in prison and ordered to forfeit $170 billion in assets, representing the amount of funds deposited by investors that were later disbursed to other investors. Others involved in the scheme also suffered greatly, not least his sons, who faced a civil lawsuit filed in October 2009 by Irving Picard, the court-appointed trustee for the liquidation of Bernard L. Madoff Investment Securities, for almost $200 million. Two years to the day following his father’s arrest, Mark Madoff was found to have committed suicide. Less than three years later, Andrew had died from cancer. And by June 2017, a settlement was reached on the sons’ estates for more than $23 million.

DiPascali pled guilty in August 2009 to 10 counts, including securities fraud, investment-advisor fraud, mail fraud, wire fraud, perjury, income-tax evasion and international money laundering. Similar to Madoff, he was also ordered to forfeit $170 billion. Before being sentenced, however, DiPascali died of lung cancer in May 2015. 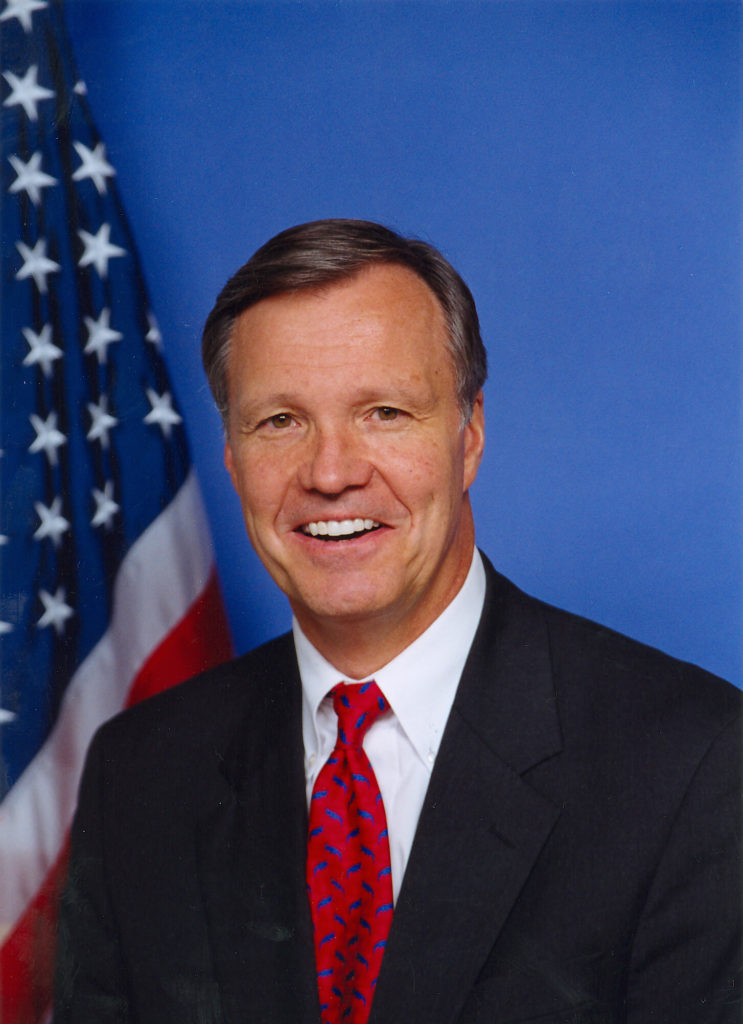 Christopher Cox, the SEC’s chairman when the Ponzi scheme was exposed, admitted that his regulator missed several key warnings.

“No verification of the accounting was ever made, and no one questioned the investment strategy and resources of the Madoff firm,” noted Newsweek in January 2009. “Somehow worldly business people swallowed the story that this single guy could generate returns of 12 to 13 percent a year trading the stock market, come rain or shine, without a single down quarter. One of the oldest adages of the investment world is that ‘if it sounds too good to be true, it probably is too good to be true’.” Indeed, Christopher Cox, the SEC’s chairman at the time, did admit that his regulator missed several key warnings. “I am gravely concerned by the apparent multiple failures over at least a decade to thoroughly investigate these allegations or at any point to seek formal authority to pursue them.”

That said, the SEC did begin taking concrete measures shortly after the scam was exposed to reduce the likelihood of such fraud being perpetrated again, including:

Nonetheless, more than 12 years after uncovering one of the biggest financial frauds in Wall Street history, lawyers are still working on recovering money for the thousands of victims of Madoff’s Ponzi scheme. Having managed to secure around $14.5 billion of the estimated $17.5 billion investors put into Madoff’s scam business, however, there has at least been a silver lining to all this fraud, with those clients who were unable to cash out of their accounts receiving an average of 70 percent of their investments returned.

Still, despite Madoff’s recent death and the billions of dollars that have been recovered, much work still lies ahead in terms of securing all the funds that were misappropriated, as well as holding accountable all the parties who allowed this fraud to happen, both deliberately and unintentionally.