Top Posts
Challenges Remain, But There Are Opportunities to Be Had in...
Interview with Mr. Olukayode Pitan, Chief Executive Officer and Managing...
Commodities Outlook for 2023
The Value of Cash in a Time of Crisis: How...
The US-Africa Leaders Summit: Fostering a Closer Relationship with the...
Three Key Sectors in Which to Invest in 2023
Home History of Financial Crises Black Monday (1987)
History of Financial Crises 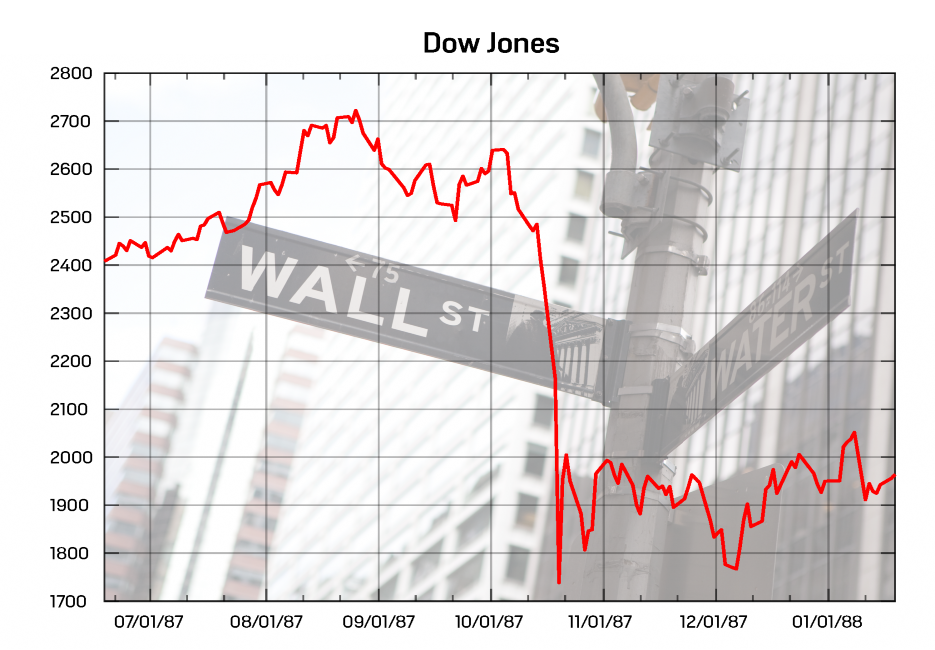 Among the most eventful days in the history of financial markets, Black Monday occurred on October 19, 1987, when markets around the world collapsed. The Dow Jones Industrial Average (DJIA) lost a whopping 22 percent and the S&P 500 shed 20.4 percent on that day alone, thus creating the largest single-day drop in US stocks on record up until that point—easily surpassing the previous record of 12.8 percent set during the Wall Street Crash of 1929. By the end of the month, most major stock markets had lost more than 20 percent.

Unlike that famous 1929 crash, moreover, there were few warning signs that such a spectacular collapse was in the offing in October 1987. Indeed, perhaps most astonishing about the events of Black Monday was just how unexpected they were; when the crash occurred, stock markets had been on a bull run of five straight years, the economy was experiencing buoyant growth, and bullish sentiment pervaded markets all around the world—or so it seemed. 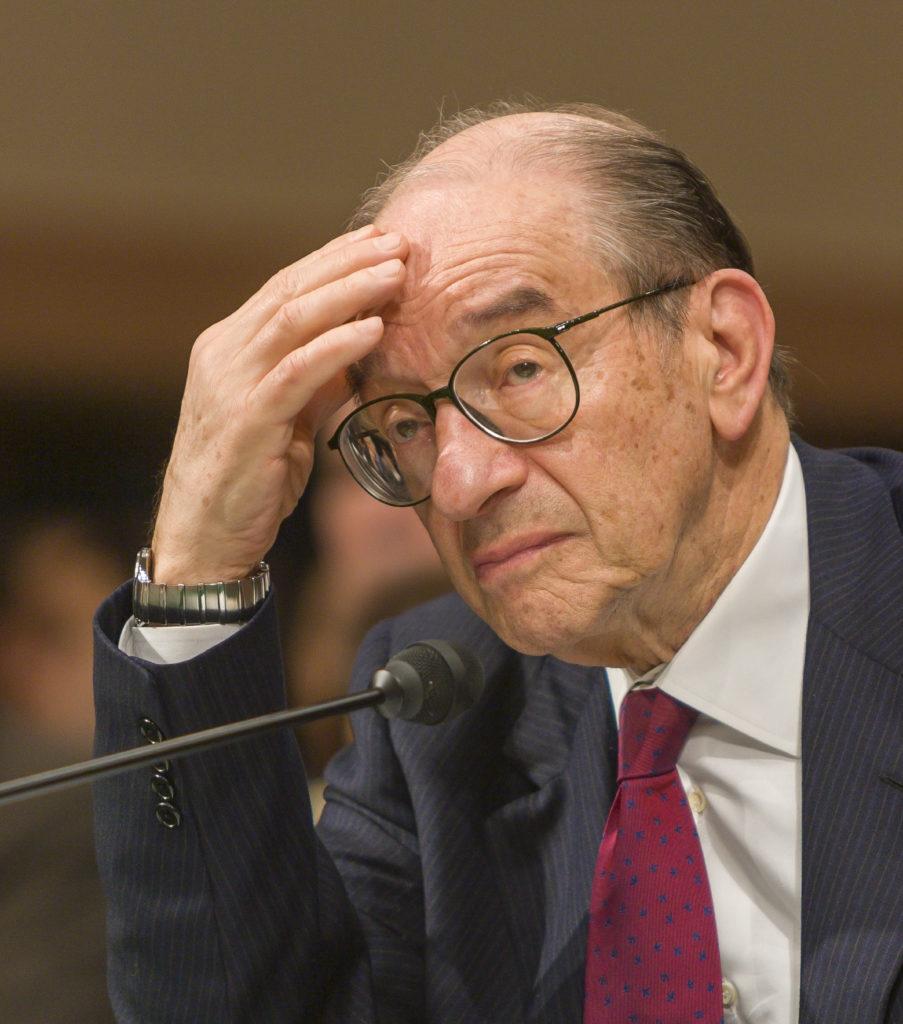 Alan Greenspan had only been Senate confirmed as chairman of the Board of Governors of the Federal Reserve on August 11, 1987, just two months before Black Monday.

Indeed, there remains to this day no clear consensus over what specifically caused the global market rout on that fateful day. Nevertheless, a number of key factors seemed to have underpinned the remarkable events of those 24 hours. Here are some of the most commonly cited ones:

The widening trade deficit may also have concerned investors. Burgeoning trade-deficit issues (which continue to be a priority for US political leaders today) were perhaps the biggest warning sign that the financial markets were at risk. Efforts to limit trade advantages by Asian countries stoked controversy, as larger investors worried that Pacific Rim countries would respond to anti-trade policies by shunning US government bonds.

“This was a very new idea. Before 1987, if investors began selling aggressively ‘into a falling market,’ it’s because they had no choice. They were getting margin calls and they had to sell,” recalled Matt Maley on CNBC, days before Black Monday’s 30th anniversary in 2017; Maley was on the Salomon Brothers trading desk at the time of the 1987 crash. “With portfolio insurance, these people did not have to ‘sell’ to raise money. They were simply contractually obligated to ‘sell into a falling market’ due to their portfolio insurance agreements…. If the market continued to fall, they would short more futures as the S&P index broke below other certain levels. The problem came when investors from several other different areas ‘had to sell’ at the same time, with each obligation further exacerbating the situation.”

As Salomon’s Maley remembered, “In fact, it was that committee’s ‘trial balloon’ regarding a takeover-tax bill, sent around several days before the crash to see how the measure would be received, that was a main catalyst—or at least the straw that broke the camel’s back—in an environment that was already appearing to be a perfect storm for some kind of tumble for months, if not years.” During a 1988 speech, the U.S. Securities and Exchange Commission (SEC) also cited this tax proposal as a chief cause of the market collapse.

Again, comparing the 1929 crash to Black Monday reveals key differences between the two crashes, perhaps the most notable being just how much more damage the former did to the wider economy than the latter, with the Great Depression taking hold and stock markets taking decades to recover fully. In contrast, the Dow surged by 288 points within three trading days following Black Monday, while the October 1987 crash failed to register even a blip on US economic growth. 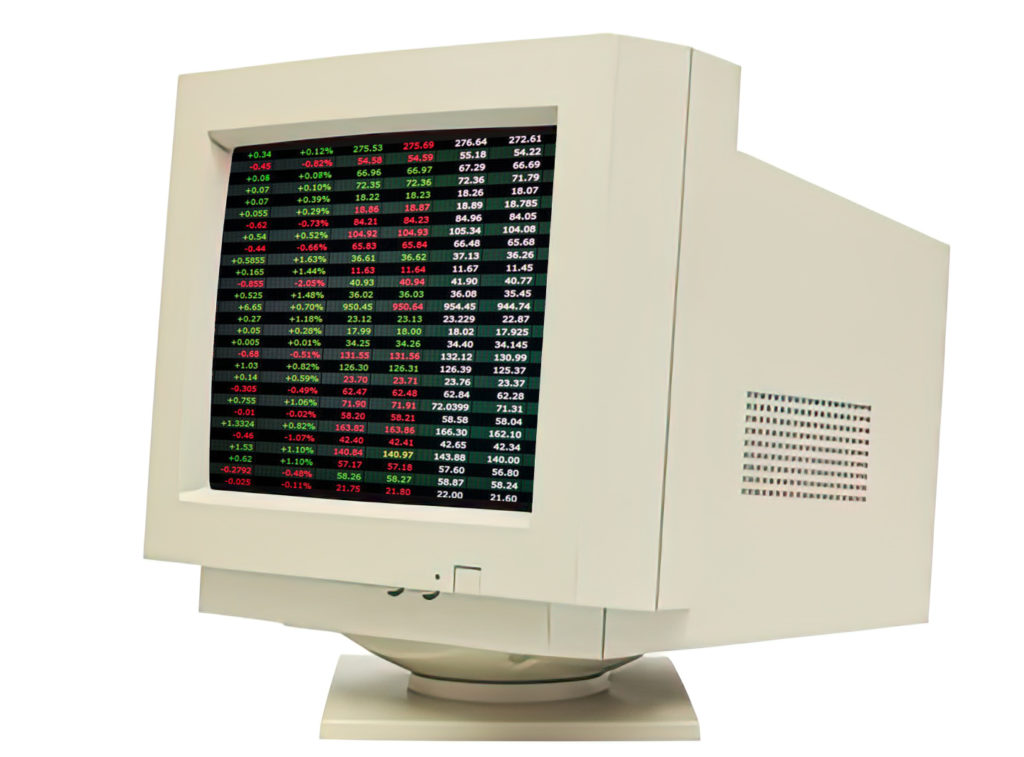 By September of the following year, US stock markets had recovered all of Black Monday’s losses. The strong rebound was also aided by the Federal Reserve, which intervened quickly to cut interest rates. It also encouraged banks to continue lending without risk of default to prevent a crunch on credit and liquidity and made clear to banks that it was able to provide them with capital. “The Federal Reserve, consistent with its responsibilities as the nation’s central bank, affirmed today its readiness to serve as a source of liquidity to support the economic and financial system,” Greenspan announced the day after the crash, which went a long way towards quashing the panic.

And over the longer term, markets recovered well, with the ensuing five years seeing US stock prices grow on average by 14.7 percent per year, European markets by 7.6 percent, the UK market by 8 percent and global stock markets as a whole by 6.3 percent. Japan was the only major country to suffer market losses during this period, as initial gains in the Nikkei 225 benchmark gave way to a spectacular crash by 1990. As such, Japan’s stock prices declined by a hefty 7.2 percent on average over the same five-year period.

Although Black Monday seemed to catch many by surprise, what seems certain is that the world’s major stock markets experienced a collective panic. And it came at a time when those markets had experienced gains over several years that had taken valuations to record highs. Nonetheless, regulators were able to learn some crucial lessons from what happened. For one, circuit breakers were soon implemented that were designed to slow trading down for a few minutes, thus giving market participants some time to gauge what was happening in the market and respond more rationally. Greater regulatory scrutiny was also applied to program-trading mechanisms and portfolio-insurance programs involving derivative contracts.

A documentary on Black Monday containing interviews with the market makers of the time can be found here.