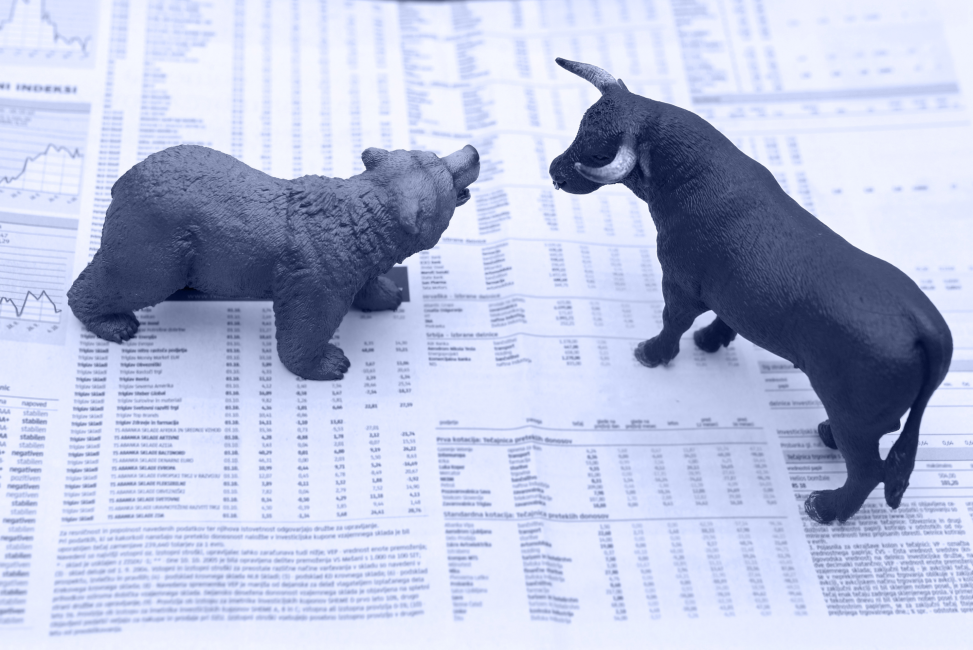 Historic crises are consummate teachers, and this is particularly true in the finance industry, in which failures are all too often duplicated with often devastating consequences. International Banker has compiled a series of articles focused on several of the most impactful financial calamities, frauds and scandals of the 20th and 21st centuries, most of them originating in the United States but often spreading to the rest of the world; some were intentionally committed, while others resulted from unfortunate circumstances. As we read these accounts, it is easy to reassure ourselves that they could never happen again. But could they? It’s human nature to repeat the same mistakes, so learning what these errors and their results were can protect us from potentially catastrophic reoccurrences. And tumultuous past events explain much of what exists in the financial industry today, especially the regulatory components. As Dr. Martin Luther King Jr. observed, “We are not makers of history. We are made by history.”

We begin our series by investigating the Panic of 1907, also known as the Knickerbocker Crisis. A failure in depositor confidence in the Knickerbocker Trust Company, one of the United States’ largest trust companies, in October of that year accompanied by a pervading disintegration of investor trust had the domino effect of triggering a series of bank runs that ravaged several banks and trusts as desperate depositors withdrew their funds en masse. The turmoil only exacerbated a sharp dive on the New York Stock Exchange, which by November had lost nearly 50 percent of its value compared to the previous year, adding fuel to an already oppressive recession. Concerted efforts on the part of eminent bankers such as J. P. Morgan stemmed the disaster. In response to the perceived need for a central bank to address these threats to the nation’s financial stability, the U.S. Federal Reserve System (the Fed) was born in 1913.

In 1920, as the country was recovering from the devastation of World War I, an Italian immigrant, Charles Ponzi, was honing a fraud scheme that would eventually bear his name. After promising investors spectacular returns from his practice of buying discounted IRCs (international reply coupons issued by the United States Postal Service) in foreign countries then selling them for higher prices in the United States, he instead used some of the funds of new investors to cover the redemptions of existing ones, then kept the balance for himself rather than buying more IRCs. Ponzi garnered millions in a short space of time, but soon keen eyes detected that his business was too good to be true. After regulators scrutinized his practices, he was charged, imprisoned and deported. However, the scam named after him lives on today.

Although the stock-market collapse, bank runs and recession of the early 1900s were trying, they were outmatched by what occurred in October 1929. The stock market crash of 1929 officially began on October 24; three years later, the Dow had slumped to 41.22, 89 percent below its peak. Many factors contributed to the financial upheaval, such as the speculative practice of buying equity on margin, overproduction leading to supply gluts and the Fed’s tight monetary policy. And the consequences of the crash were equally plentiful, including crippling financial losses, ruined lives and, finally, the Great Depression.

The first Black Monday occurred on October 28, 1929, when the Dow fell by a whopping 12.82 percent, setting a new record. But it wasn’t the last one. October 19, 1987, is also infamously known as Black Monday; this time, the Dow dropped 22.6 percent, the largest single-day fall in stock-market history up to that point. Unlike other market routs, the specific causes of the 1987 slump are still under discussion but include an expected hike in interest rates, the popularity of digital trading and the impact of widespread media coverage of the unfolding disaster. Fortunately, the long-term outcome of the 1987 crash was much milder than that of its 1929 predecessor.

A couple of years later, a different type of financial scourge pummeled the United States, the savings and loan crisis of 1989. The savings and loan model, wherein depositors’ monies funded the home mortgages of low-income borrowers at rates less than the prevailing average through popular thrifts, worked well for Americans for a century and a half after its beginnings in the early 1800s—at least until the rising inflation and interest rates of the 1970s and 1980s cut into S&Ls’ profits, causing many to become effectively bankrupt. A few even resorted to criminal avenues to shore up returns, investing depositors’ funds in shady real-estate deals. The once-promising S&L industry suffered its demise before the dawn of the 1990s, following a multibillion-dollar bailout funded by taxpayers.

While Americans were dealing with high inflation and interest rates during the second half of the 1980s, over in Japan, consumers were purchasing an unparalleled number of assets, enabled by a low interest rate and a strong yen, inflating the prices of everything from real estate to stocks. But the jubilee couldn’t last forever, and the resulting Japanese asset price bubble burst of 1992, marked by dramatically falling prices, began a decade of economic stagnation in Japan, with banks heavily burdened by delinquent loans after lending excessively during the ‘80s.

Later in that same decade, in 1997, Japan’s neighbours in East Asia and Southeast Asia shared in the misery during the Asian financial crisis, which originated in Thailand and spread to countries such as Indonesia, South Korea, Hong Kong, Malaysia, Singapore and the Philippines; it was marked by plunging currency values and stock-market prices alongside steep rises in toxic debt and losses of foreign direct investment. Fortunately, the International Monetary Fund and other development finance institutions came to the rescue with an arsenal of relief packages.

Just as Asian countries were recovering from their financial calamity, a pending disaster was brewing across the Pacific Ocean in North America; it was another stock-market crisis that came to be known as the dotcom bubble burst. After the World Wide Web debuted in 1990, a proliferation of new technology start-ups determined to maximise the vast opportunities of the Web sprang up. Inspired investors supported them, despite their deficiencies in traditional fundamentals such as profit, as they launched their initial public offerings—that is, until the year 2000 when the overvalued dotcom stack of cards collapsed. Starting in March 2000, the NASDAQ Composite Index dropped by 75 percent over two and a half years, erasing trillions of investors’ dollars. Although many emerging tech companies went under during the slaughter, a few com-titans, such as Amazon and eBay, survived to see another day.

The following year, a fresh crisis hit the stock exchange, when the share price of one of America’s most trusted companies, energy-trading Enron Corp., fell from $90 in mid-2000 to $1 just over a year later. The Enron scandal was precipitated by an avoidable corporate-accounting sleight of hand perpetuated under the mark-to-market (MTM) strategy. Enron’s accounting skullduggery resulted in the largest corporate bankruptcy up to that point in history. The corporation’s accounting firm, Arthur Andersen, was also dragged into the fray.

Another major American corporation, telecommunications company WorldCom, followed in Enron’s footsteps in 2002. The WorldCom scandal was eerily similar to the Enron Scandal as it, too, was related to accounting trickery. WorldCom’s ongoing practice of “cooking” its books and overstating earnings to make itself appear significantly more profitable than it actually was led to a bankruptcy that eclipsed even Enron’s, demolishing investors’ confidence and pocketbooks. And, again, Arthur Andersen came under fire for its lax auditing practices.

Americans moved on from these corporate scandals. Most of the decade was marked by brisk housing activity; firms provided subprime mortgages with higher rates to house-buyers with lower credit ratings, thus creating another kind of bubble: a housing-market bubble. Throughout the first part of the decade, house prices soared. All was well until 2006, when higher interest rates and recession set in—and, simultaneously, a barrage of mortgage defaults. The tragic result was the subprime mortgage crisis of 2007-08, which is unanimously blamed for sparking the global financial crisis (GFC), the deepest worldwide economic contraction since the Great Depression.

Following the collapse of investment bank Lehman Brothers in 2008, the world was engulfed in a devastating period of panic stock selling. But in Germany, automaker Porsche was busily buying up shares of competitor Volkswagen (VW). The Volkswagen-Porsche short squeeze remains one for the books. While many investors expected the share price of the troubled automaker, VW, to fall as they viewed it as overvalued and, in response, shorted the company’s stock, the price instead rose, largely due to Porsche’s buying streak. By the fall of 2008, Porsche controlled nearly 75 percent of the competing automaker, much to the angst of short sellers, who bought up the few remaining VW shares at soaring prices in a panic to close out their positions, making VW briefly the world’s top corporation by market value.

Although Porsche’s stock-trading activity drew criticism, this backlash did not compare to what New York financier Bernard Madoff faced in the United States. Madoff, well-respected in the industry for his four decades of financial service as an investment advisor and stockbroker, would at the end of 2008 see his business labeled: Bernard Madoff’s Ponzi scheme. Madoff’s extensive fraud earned the dubious title of the world’s greatest Ponzi scam, netting billions until the Great Recession caused his fund to run dry of the money needed to fulfil its tidal wave of withdrawal requests. Like the criminal who inspired the scheme’s name nearly a century earlier, Madoff served time in prison but died long before his 150-year sentence ended. In response to Madoff’s infamous Ponzi scheme, the U.S. Securities and Exchange Commission (SEC) instituted reforms to prevent future incidences of this multibillion-dollar swindle.