Top Posts
Tesla Job Cuts Reflect Precarious Health of Global Economy
Artificial Intelligence is the Future of the Banking Industry —...
Why Taiwan is Pivotal in Ongoing Global Geopolitical Tussles
Is an Impending US Recession Now All but Guaranteed?
What is Driving Customer Centricity in Banking?
Near-80 Percent Inflation Exposes Turkey’s Grave Economic Mismanagement
Home History of Financial Crises Panic of 1907
History of Financial Crises 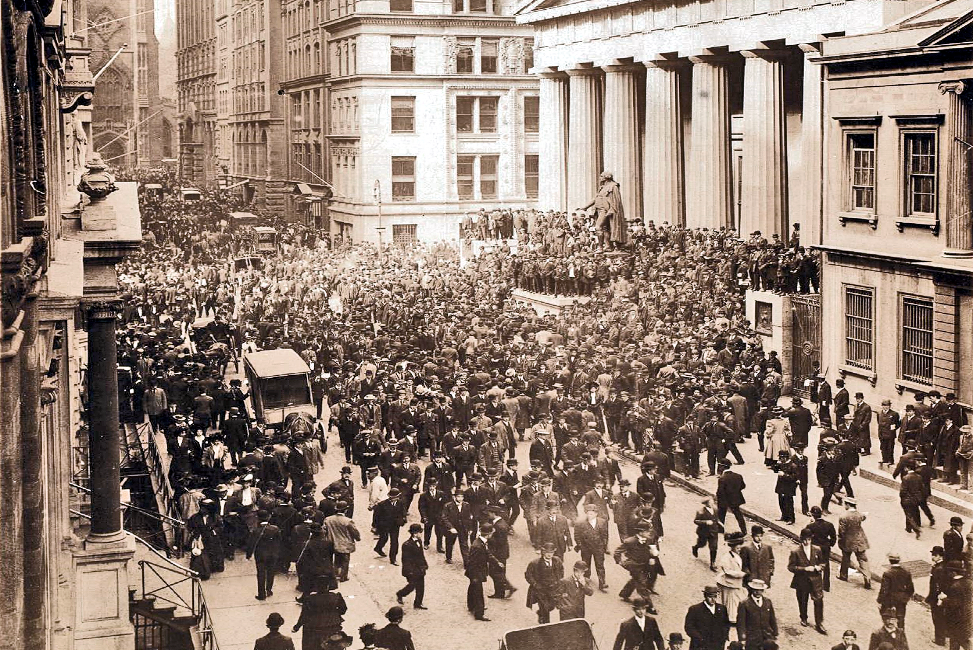 Also known as the Knickerbocker Crisis, the Panic of 1907 was the 20th century’s first global financial crisis and took place in the United States in October and November of that year, during which time a series of depositor runs—that is, a large number of customers withdrew their deposits at the same time over concerns over their banks’ solvency—occurred at several banks in New York and other American cities, and a crash at the New York Stock Exchange saw a near-50-percent decline from its previous year’s peak. Indeed, the crisis was so severe that it deepened an already biting recession to a degree that has been surpassed only by the Great Depression since then.

The San Francisco earthquake of April 1906 triggered massive losses and substantial payments from British insurers, forcing the Bank of England (BoE) to raise its discount rate to stem the flow of gold from the United Kingdom to the US. The US raised its own interest rates in response, which created a liquidity crunch throughout the country, precipitated an 8-percent drop in the stock market between September 1906 and March 1907, and sent the US economy hurtling into recession by May 1907.

It was against this tough economic backdrop that on October 16, 1907, two individual investors, Augustus Heinze and Charles Morse, suffered substantial losses, having taken a speculative position on copper-mining company United Copper Company in an attempt to drive up the price for the industrial metal and corner the market. But the scheme failed, and the company’s stock price plummeted instead.

Both investors were financially tied to a handful of Wall Street trust companies and banks, and the losses they racked up from their failed investment began inducing a panic over whether those institutions that had loaned them money would be able to cover the cash withdrawals triggered by other customers. While a trust operates similarly to a bank in many ways, one key difference is that it is not required to meet the same reserve requirements—that is, the proportion of deposits required to be held as cash. In the early 1900s, the reserve requirement for trusts was only 5 percent of customer deposits. Trust companies also tended to make riskier loans than traditional commercial banks and engaged more liberally in financial-market speculation. By being riskier and earning higher profits, trusts could offer their customers higher interest rates on deposits. As such, they are often now referred to as the shadow banks of their time.

The investors’ failed attempt to corner the copper market thus led to a major run of withdrawals on the trust companies and banks associated with Heinze and Morse. Fear began to spread as more people wondered whether their own banks had made similarly risky loans to investors and thus whether they could meet their withdrawal requests. Depositors across numerous New York trust companies withdrew their money en masse, while other banks started to recall their reserves from Wall Street to protect themselves against runs on their own deposits.

The run extended to Knickerbocker Trust Company, the second-largest trust company in the country, when on October 18, it was reported that Knickerbocker’s president, Charles Barney, was an associate of Morse and had invested in United Copper stock—although he was not part of the infamous scheme of October 16. And although the National Bank of Commerce had been lending funds to the Knickerbocker Trust to stave off a potential depositor run until that time, the bank ceased to continue acting as its clearing agent, which was widely interpreted as a vote of no confidence in Knickerbocker.

The National Bank of Commerce also attempted to obtain a loan through the New York Clearing House Association on behalf of Knickerbocker but was turned down on the 21st, on the basis that most trust companies were not clearinghouse members, Knickerbocker included. That said, the New York Clearing House did offer loans to vulnerable member banks, which were eventually exchanged for Clearing House loan certificates. As Ellis W. Tallman and Jon R. Moen explained in their 2012 Journal of Financial Stability article “Liquidity creation without a central bank: Clearing house loan certificates in the banking panic of 1907”, these certificates “allowed borrowing banks to maintain (and increase) loans, fulfill cash payment upon depositor withdrawal demands and enabled gold imports, which took two to three weeks to arrive. The large New York City national banks acted as private liquidity providers by requesting (and the New York Clearing House issuing) a volume of clearing house loan certificates in excess of their own immediate liquidity needs, in accord with their role as central reserve city banks in the national banking system”. 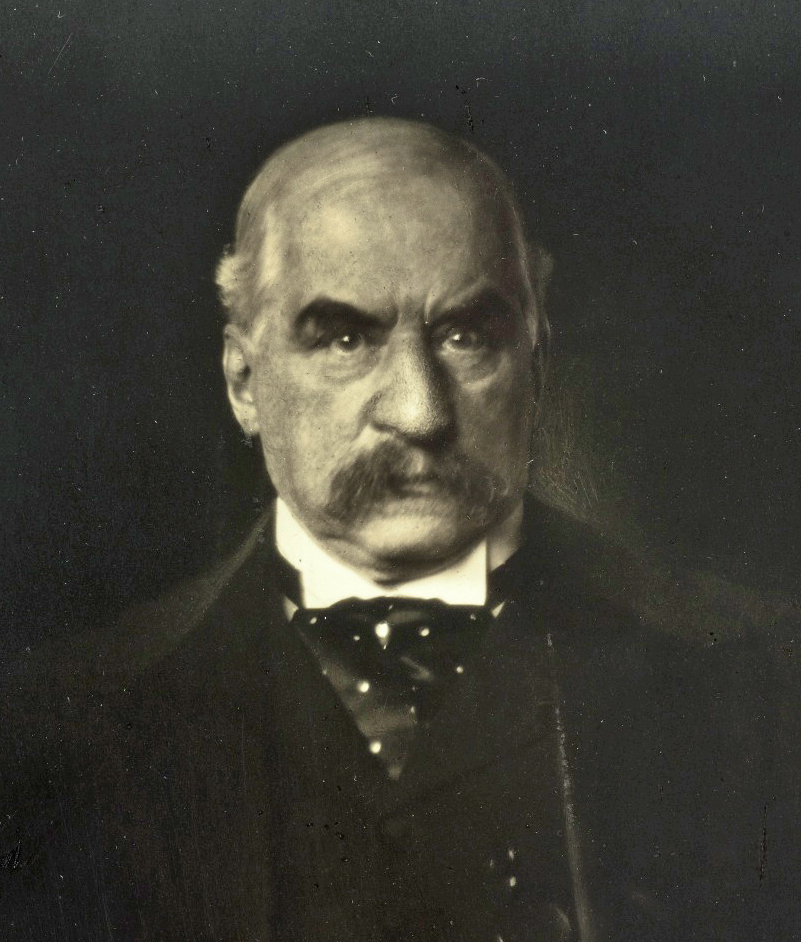 Arguably the most highly reputed banker on Wall Street, J.P. (John Pierpont) Morgan, was called in to quell the chaos. Seventy years old at the time of the panic, Morgan’s actions were pivotal in rescuing several major financial institutions that had become endangered as well as allowing those he deemed to be already insolvent to fail. For instance, he raised $3 million along with a couple of his associates to save the Trust Company of America following a depositor run. He also managed to arrange a $25-million pool of funds to lower the skyrocketing interest rates brokerage firms were having to pay to meet their borrowing requirements, thereby avoiding an almost certain stock market crash.

Morgan also resorted to taking the extreme measure of locking New York’s major commercial and trust-company bankers in a room until the early hours of the morning to thrash out a deal. The final arrangement saw trust-company bankers agreeing to bail out the commercial bankers who were severely struggling with runs on their deposits. Morgan also alleviated the financial burden New York City faced in covering its payroll by arranging a $30-million purchase of city bonds.

But perhaps the most significant action taken by Morgan during this time was refusing to rescue Knickerbocker, thus allowing it to fail. Having been declined for loan relief by the New York Clearing House, the trust company attempted to obtain financing from Morgan. But with Benjamin Strong Jr., a vice president at Bankers Trust Company at the time and then later the first head of the Federal Reserve Bank of New York, indicating to Morgan that Knickerbocker’s solvency position was decidedly unclear, Morgan refused to bail out the trust company. Ultimately, it ran out of cash to pay its depositors and had to close.

By the 21st, the New York Clearing House announced that those banks with lending ties to History of Financial CrisesHeinze, such as the Mercantile National Bank, had been investigated and were considered solvent, which placated the market and customer withdrawals somewhat. That said, the managers of such banks were shown the door—Heinze and Morse included. 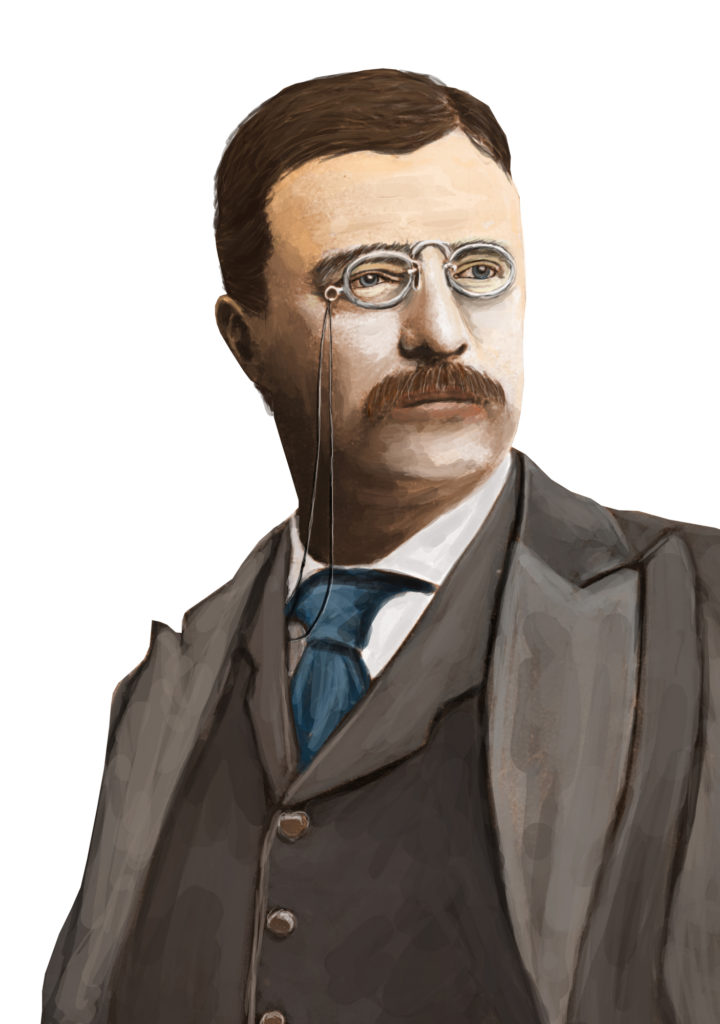 The president at the time of the Panic of 1907 was Theodore Roosevelt Jr.

Although two brokerage firms ended up filing for bankruptcy, Morgan crucially managed to save Wall Street’s largest brokerage, Moore & Schley, which had amassed $25 million of debt. Morgan did so by arranging the sale of a steel company the brokerage owned to U.S. Steel, at which he was a major shareholder and member of its board of directors. Despite the anti-competitive nature of the acquisition, then-President Theodore Roosevelt Jr. approved the deal based on the extenuating circumstances. It was perhaps this deal more than any other action that finally halted the panic on Wall Street.

Ultimately, the bank panic did much to exacerbate the economic damage across a country already suffering under a recession. And the shock inflicted upon trust companies accounted for at least 18.4 percent of the decline in corporate investment in the US during the following year. That said, things could have been much worse had the bank panic continued beyond November.

But perhaps the panic’s most important impact of all was that it directly led to the establishment of the Federal Reserve System in 1913. As Tallman and Moen argued in their 1999 working paper “Why Didn’t the United States Establish a Central Bank until after the Panic of 1907?”, the aftermath of the panic saw the younger bankers in New York “freed from the constraining attitudes and influence of the older banking generation hostile towards the concept of establishing a central bank in the US. The movement for some type of central bank capable of preventing isolation of solvent institutions from available reserves was then able to proceed”. The Panic of 1907 acted, therefore, as a galvanising force in the formation of a US central bank, one that continues to operate to this day.

Here is a recording of a lecture at the Becker Friedman Institute for Economics at the University of Chicago by Carola Frydman, Harold L. Stuart Chair and a Professor of Finance at the Kellogg School of Management, analysing credit-supply shocks and their impact in the Panic of 1907.