Top Posts
What the Ukrainian Invasion Tells Us About Lawyers, Banks and...
Can Wall Street Prevent a Painful Round of Expected Job...
Why Data Sharing and Technology Are Key to Tackling Illicit...
KBC Group: Behind the Success of Europe’s Top Bank-Insurer
Designing the Next-Generation Banking Treasury Management
Is the US Finally Warming to the Possibility of Creating...
Home History of Financial Crises The Dotcom Bubble Burst (2000)
History of Financial Crises 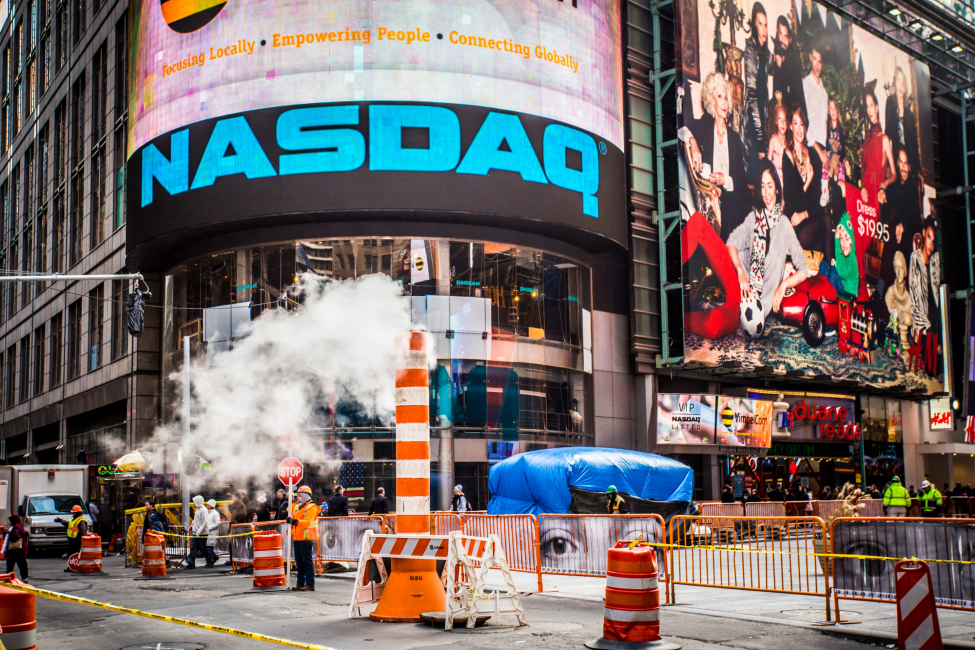 Also known as the internet bubble or the information technology bubble, the dotcom bubble was the unprecedented rise in equity valuations of internet-based tech companies during the bull market of the late 1990s.

Thanks mainly to speculation and substantial funding for these new internet start-ups, investments in dot-coms (named as such for the .com online top-level domain [TLD] used by such companies) boosted the NASDAQ Composite Index (COMP) from 751 in January 1995 to a peak of 5,048.62 on March 10, 2000. But the bubble eventually burst in March 2000, with many companies failing to even come close to fulfilling their promise. As such, the NASDAQ fell by more than 75 percent between March 2000 and October 2002, thus wiping out more than $5 trillion in market value.

During this time, several of the most hyped tech companies ended up declaring bankruptcy, such as Pets.com, 360networks and eToys.com. That said, others managed to survive and enjoy phenomenal growth to stand as some of the world’s biggest companies, including Amazon, eBay and Cisco.

The proliferation of the World Wide Web (WWW) during the latter half of the 1990s ushered in a new era of internet-based companies, keen to capitalise on the wave of hype and anticipation the online world was expected to offer. Indeed, with the internet being widely heralded as one of the biggest technological breakthroughs of the time, it is perhaps no surprise that so many companies and investors wanted to capitalise on the hysteria that abounded.

Arguably, the bubble began with the first public issuance of shares from an internet company—the web-browser developer Netscape, which staged its initial public offering (IPO) on August 9, 1995. The company provided, among other things, a new web browser, a programming language for web animation (JavaScript) and the ability to save certain browser information through cookies. But despite operating at a loss and having no discernible revenue streams, Netscape went public—and did so with considerable success. The stock was listed at $28 on the first morning of the offering but soon hit $58.25 on that day, meaning that its market capitalisation sat above $2.5 billion. 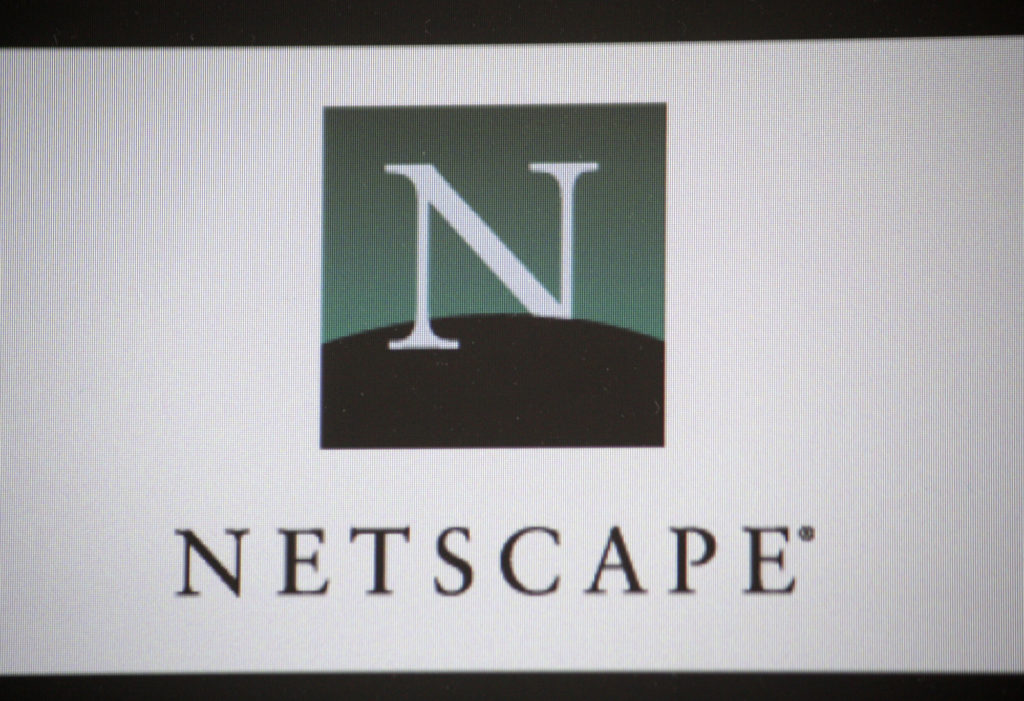 Netscape was the first internet IPO and went from $28, on the morning of the offering, to $58.25 in the same day.

The success of Netscape’s IPO was hugely influential in encouraging other internet start-up founders to take their own companies public. And investors flocked to fulfil their funding needs. Indeed, it soon became apparent that the frenzy to profit from this perceived internet boom meant that investors largely ignored the traditional fundamentals of these new tech companies, such as the price-to-earnings (P/E) ratio, the debt-to-equity (D/E) ratio or the amount of free cash flow. Instead, they punted on likely future performance and growth potential as well as brand awareness and website-traffic metrics. Many start-ups did not even have established business models and could not demonstrate cash-flow generation, meaning that investing in them was a highly speculative endeavour that was not based on robust valuation models for the most part.

As such, most companies that issued shares through IPOs during the dotcom era ended up being excessively overvalued. And it was this overvaluation that ultimately culminated in a massive bubble of dotcom stocks. In 1996, 677 companies in the United States went public; this was followed by 474 in 1997, 281 in 1998, 476 in 1999 and 380 in 2000. And by 1999, 39 percent of all venture-capital investments were for internet companies. But with the bubble having burst in 2000, only 80 companies went public in 2001. Of course, some start-up companies were successful, having gone public during this period. But their successes and the fortunes made by their founders only fuelled the dotcom frenzy even more.

According to the University of Florida, moreover, the average price-to-sales (P/S) ratio of companies that went public in 2000 was a scarcely believable 48.9. Indeed, most dotcom companies were operating at net losses, spending heavily on advertising and brand awareness and offering their products and services for free or at sizeable discounts, hoping that their eventual growth would enable them to charge more profitable rates further down the line.

This “growth over profits” mentality also resulted in more than a few tech companies spending excessively and irresponsibly on such unnecessary luxuries as employee vacations, cutting-edge business facilities and “dotcom parties” to celebrate the launchings of new products and services. “Originally these events got the attention of decision makers—the press, venture capitalists and other investors,” Oliver Muoto, co-founder of the now-defunct Epicentric, a portal-infrastructure software company, and today the founder of Metablocks, said at the time. “But the popularity of the Internet gold rush has led these parties to grow out of control. These companies spend a whole lot of money on marketing, but end up with people who just want to eat and drink for free.”

The actions of the Federal Reserve System (the Fed) during the mid-1990s also played a significant role in exacerbating the dotcom craze, specifically by lowering interest rates and thus incentivising more borrowing by tech start-ups, as well as significantly lowering capital-gains tax rates. This only further encouraged venture-capital firms and other investors to more liberally speculate in the burgeoning sector.

On Friday, March 10, 2000, the NASDAQ Composite Index hit its peak of 5,048.62, a high that would not be reached again until April 2015. The following Monday opened with the news that Japan had entered into a recession. The broad global sell-off that ensued hit the NASDAQ particularly hard, and it ended up suffering its fourth-biggest point loss in history on that day.

It became clear that the mood toward technology stocks was beginning to change drastically, as investors realised that most tech start-ups were unable to become profitable anytime soon. “It’s no secret that most Internet companies continue to be money-burners. Of the companies in the Pegasus survey, 74 percent had negative cash flows,” wrote Barron’s one week later. “For many, there seems to be little realistic hope of profits in the near term. And it’s not just the small fry who are running out of cash. Perhaps one of the best-known companies on our list, Amazon.com, showed up with only 10 months’ worth of cash left in the till.”

The NASDAQ then fell by more than 25 percent during the week ending April 14, which was an all-time record and easily surpassed the 19-percent decline that occurred during the week of Black Monday in October 1987. And just as the monetary loosening during the mid-1990s supported the formation of the dotcom bubble, so, too, did the tightening that occurred in early 2000 contribute to the bursting of the bubble. By May 2000, the Fed had increased rates on six occasions within the space of 10 months, with the benchmark federal funds rate standing at 6.5 percent, the highest level since January 1991. At 6 percent, the discount rate was also at its highest since August 1991.

The NASDAQ Composite Index lost 40 percent of its value during the year 2000. The attacks on the World Trade Center the following year only exacerbated the market collapse, as did the scandals involving Enron a month later, WorldCom the following June and Adelphia Communications Corporation in July 2002. By this point, most publicly traded dotcom stocks had gone bust, and investor confidence in the dotcom sector had been severely damaged as trillions of dollars’ worth of capital was wiped out.

Pets.com, which is often cited as an example of just how crazy the fervour became, saw its market capitalisation plummet from more than $300 million to zero in less than a year. Of course, not all internet companies from that time went bust. Amazon saw its share price drop from a bubble peak of around $100 to just $7 after the bubble burst, before rebounding spectacularly and emerging from the period as one of the success stories. eBay, Salesforce and Priceline.com similarly survived this period to enjoy astonishing growth.

Here is a PBS documentary which interviews brokers and CEO’s of Dotcom companies at the time of the bubble.