Top Posts
Challenges Remain, But There Are Opportunities to Be Had in...
Interview with Mr. Olukayode Pitan, Chief Executive Officer and Managing...
Commodities Outlook for 2023
The Value of Cash in a Time of Crisis: How...
The US-Africa Leaders Summit: Fostering a Closer Relationship with the...
Three Key Sectors in Which to Invest in 2023
Home History of Financial Crises The Savings and Loan Crisis (1989)
History of Financial Crises 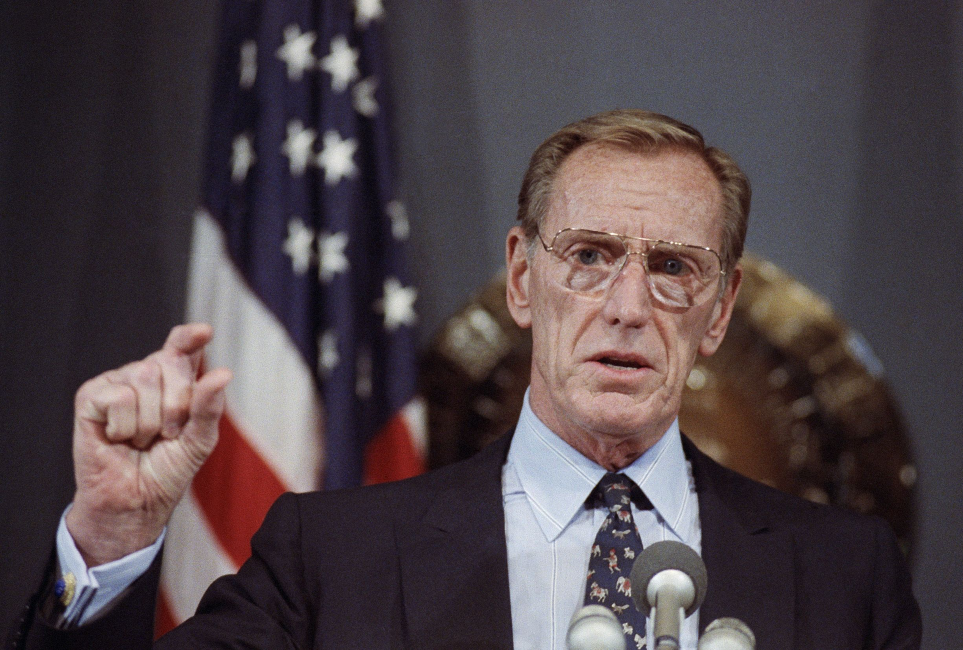 Charles Keating, owner of the California’s Lincoln Savings and Loan Association, was at the centre of the 1989 savings and loan crisis.
Soon after the 1988 US presidential election, it was revealed that Charles Keating had been arrested and charged for committing fraud. The indictment made most Americans across the country aware for the first time of the heinous criminal activity that had been ongoing throughout the savings and loan (S&L) industry for much of the decade. And it all came to a head when revelations surfaced that Keating, who was then the head of the Lincoln Savings and Loan Association, had given five US senators a total of $1.5 million to influence regulators to overlook Lincoln’s illegalities.

The S&L industry was born in Pennsylvania in the 1830s, with the first institutions operating as social collectives that pooled people’s savings to lend to potential homebuyers who did not have sufficient funds to acquire a house on their own. As homebuyers repaid the funds over time, the pool of funds would be replenished to be lent out to other members. With banks not lending for residential mortgages at the time, S&Ls (also known as thrifts) thus became hugely popular amongst lower-income communities. Indeed, around 100 years on from those first S&Ls, the Federal Home Loan Bank Act of 1932 formally established the S&L industry as a way for lower-income Americans to achieve homeownership, with the S&Ls themselves offering lower mortgage rates than banks (in return for lower rates paid on deposits). By 1934, the Federal Savings and Loan Insurance Corporation (FSLIC) was created to insure S&L deposits.

By 1980, some 4,000 FSLIC-insured thrifts were in operation with total assets exceeding $600 billion, of which around $480 billion were in mortgage loans. At the time, this represented about half of the total value of outstanding US home mortgages, and much of it was being financed by deposits with short-term maturities. However, this meant that S&Ls were highly sensitive to changes in interest rates—by being legally confined to the business of accepting deposits and mortgage lending, any rise in interest rates would inevitably hit the mandated ceiling S&Ls faced on interest paid on consumer deposits, thus prompting consumers to withdraw their funds and put them into other asset classes that offered higher rates of return, such as money market funds. And with the amount S&Ls earned on long-term, fixed-rate mortgages remaining the same, increasing interest rates ultimately exposed them to potentially enormous losses.

Indeed, the thrifts suffered just that throughout the 1970s, when accelerating inflation and subsequent interest-rate hikes piled up the losses for the S&L industry. Many thrifts failed as a result. Those that survived began lending to riskier projects in increasingly more desperate attempts to cut their losses and turn their businesses around. This strategy was aided by deregulation in the early 1980s, which gave the S&L industry greater scope to enter into new business areas to aid its return to profitability. In particular, thrifts began lending into commercial real estate and doing so in substantially greater volumes than would normally have been considered prudent.

And although more favourable operating conditions presented themselves during this time through a reduction in interest rates, the FSLIC had only $6 billion in reserves by 1983, a fraction of the estimated $25 billion required to pay the insured depositors of the failed thrifts. By 1983, 35 percent of S&Ls were still making losses, while 9 percent had gone bankrupt. Four years later, the FSLIC fund was insolvent. As such, the regulatory response during this time remained weak, with many insolvent thrifts allowed to remain open and continue operating as zombie companies with financial positions that only deteriorated over time.

The Federal Home Loan Bank Board (FHLBB)—the regulator that oversaw federal home loans and the authority for investigating fraud, money laundering and risky loans—did end up capping the amount of risky assets to which S&Ls were allowed to gain exposure. But this did little to stop them from continuing to sink depositors’ money into highly risky ventures, such as real estate and junk bonds. Many S&L firms ended up defrauding their depositors and speculating on high-risk ventures with government-insured capital. Empire Savings and Loan of Texas, for instance, was revealed to be involved in illegal land flips, among its many criminal activities, and its default eventually cost taxpayers $300 million. Indeed, Texas was the hardest hit from the S&L collapse, especially given that half of all failed thrifts were located in the state. With land investments auctioned off at heavily discounted values, precipitating a real-estate crash, and oil prices on the decline at the time, Texas fell into recession. 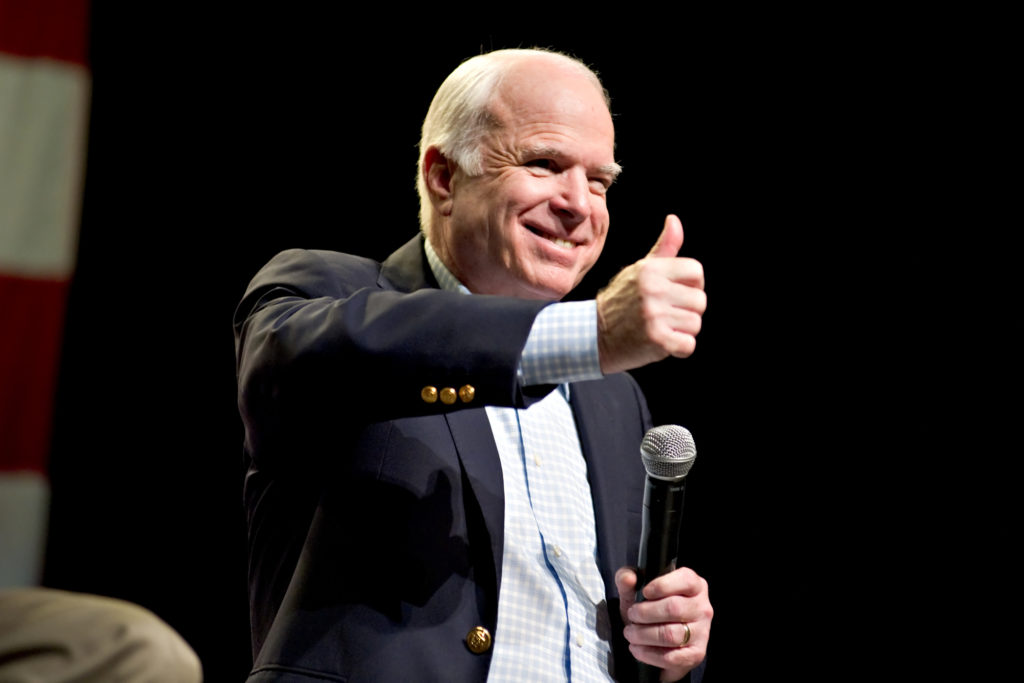 Republican John McCain was one of five senators who became known as the “Keating Five”.

Another such thrift, mentioned at the beginning of this article, involved in such illegal activities was the Lincoln Savings and Loan Association, which exceeded the regulatory cap by more than $615 million. The FHLBB eventually seized the company, which had defrauded thousands of depositors of their life savings and cost taxpayers $3 billion for its bailout. The Senate Ethics Committee ended up investigating five US senators—Republican John McCain and Democrats Dennis DeConcini, John Glenn, Alan Cranston and Donald Riegle—for improper conduct. Specifically, they received $1.5 million from Charles Keating in the form of campaign contributions, and, in return, they were to pressure the FHLBB to overlook suspicious activities at Keating’s Lincoln Savings and Loan on the purported basis that it was a major employer of jobs in their respective states.

As such, the senators were investigated for improperly protecting a campaign contributor from the appropriate regulatory scrutiny and soon became widely known as the “Keating Five”. The investigation ran from November 1989, when the estimated cost of the overall S&L crisis had reached a whopping $500 billion, until November 1991. And although Keating himself eventually spent four years in prison, having been convicted on 73 counts of fraud, the five senators largely escaped serious punishment, with only Alan Cranston being reprimanded for interfering with the investigation by the FHLBB. However, when Keating was asked whether his donations to the senators had influenced their behaviour, he said, “I want to say in the most forceful way I can: I hope so.” McCain, who later ran for US president in 2008, described his role in the episode as “the worst mistake of my life”.

1989 also saw then-President George H.W. Bush launch sweeping regulatory changes to the S&L sector along with a bailout plan for the industry. Among its many provisions, the Financial Institutions Reform, Recovery, and Enforcement Act (FIRREA):

As L. William Seidman, former chairman of the RTC once acknowledged, the banking problems of the ’80s and ’90s “came primarily, but not exclusively, from unsound real estate lending”. FIRREA also established new rules to prevent such fraud from being able to surface in the future.

Ultimately, the numbers go a long way towards underlining the severity of the S&L industry’s collapse. By 1989, more than 1,000 S&L institutions had failed, while the crisis cost a total of $160.1 billion, of which a whopping $132 billion was footed by American taxpayers through a financial bailout initiated by the federal government via higher taxes and charges levied on S&L accounts. $20 billion was paid to depositors of collapsed thrifts by the FSLIC before it became insolvent.

Here is archival footage of an interview with Irvine H. Sprague, former chairman and board member of the Federal Deposit Insurance Corporation, discussing the Savings and Loan Crisis.