Top Posts
How Gamification is Catapulting Digital Banking to the Next Level
Challenges Remain, But There Are Opportunities to Be Had in...
Interview with Mr. Olukayode Pitan, Chief Executive Officer and Managing...
Commodities Outlook for 2023
The Value of Cash in a Time of Crisis: How...
The US-Africa Leaders Summit: Fostering a Closer Relationship with the...
Home History of Financial Crises The Subprime Mortgage Crisis (2007-08)
History of Financial Crises 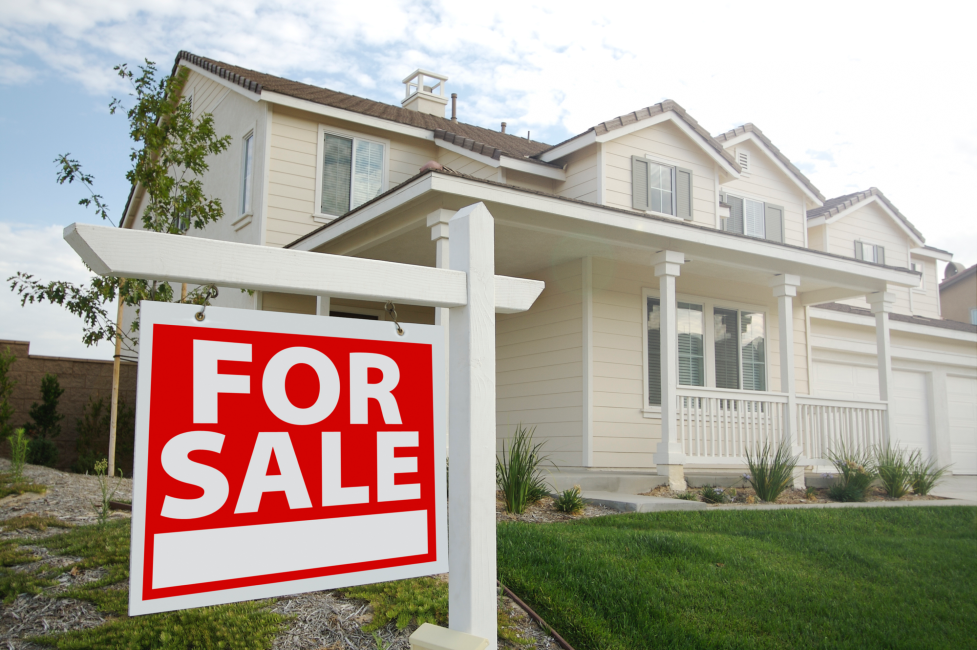 4.6k
American house prices rose by 124 percent between 1997 and 2006.
It ranks among the most disastrous financial events in the history of the United States—and its eventual impact on the global economy means that it assumes a prominent place on the world stage in terms of systemic importance. But what caused the subprime mortgage crisis, and how did it lead to one of the most dramatic worldwide economic contractions of all time?

In short, the subprime mortgage crisis was caused by the bursting of the bubble that had formed in the booming US housing market that peaked in 2006. This boom, combined with low interest rates at the time, meant that lenders were keen to expand their portfolios of loans to borrowers with poor credit histories, which ended up triggering a wave of defaults across the country as the economy slowed and fell into recession.

The economic story during the first half of the 2000s was very much one of rejuvenation following the bursting of the dotcom bubble very early in the decade, followed by the shock of the September 11, 2001, attacks on the World Trade Center in New York City. And with the growing risk of deflation looming on the horizon, the Federal Reserve System (the Fed) aggressively cut its benchmark federal funds rate from 6.5 percent in 2001 to just 1.0 percent by 2003. The low rates, however, prompted substantial growth in housing demand, as it cost less for homebuyers to take out mortgages. This demand sent house prices soaring; according to the S&P/Case-Shiller U.S. National Home Price Index (CSUSHPINSA), American house prices rose by 124 percent between 1997 and 2006.

“Determined to get growth going in this potentially deflationary environment, the FOMC [Federal Open Market Committee] adopted an easy policy and promised to keep rates low. A couple of years later, however, after the inflation numbers had undergone a few revisions, we learned that inflation had actually been a half-point higher than first thought,” Richard W. Fisher, president and chief executive officer (CEO) of the Federal Reserve Bank of Dallas, remarked in late 2006 (https://www.dallasfed.org/news/speeches/fisher/2006/fs061102.cfm). “In retrospect, the real fed funds rate turned out to be lower than what was deemed appropriate at the time and was held lower longer than it should have been. In this case, poor data led to a policy action that amplified speculative activity in the housing and other markets.”

And although other markets such as Spain’s and the United Kingdom’s experienced similar housing booms during this time, the nature of the US housing bonanza was distinctly different. Specifically, the composition of homebuyers consisted of a significant number of less creditworthy borrowers with dubious credit histories. Such borrowers were typically refused loans from traditional lenders but were eligible for subprime loans—that is, loans with higher interest rates made to borrowers with low credit ratings—and were charged higher rates on home loans than that charged on standard mortgages. A significant portion of mortgage lending was also represented by existing homeowners looking to refinance and capitalise on lower interest rates to extract home equity.

But such weak borrowers were exposed to complex, risky financial products with costs that could dramatically change with transitions in economic conditions. Indeed, the housing and credit booms sparked particular global interest in US mortgage-backed securities (MBSs), financial contracts with values reliant on mortgage payments and housing prices, comparable to funds comprising baskets of home loans that pay periodic interest rates. This meant that global exposure to the US housing market increased greatly during this time. But investment firms were buying lower-quality loans—such as subprime loans and NINJA (no income, no job, no assets—no problem) loans—and restructuring them into MBS products and other complex credit-related products such as collateralized debt obligations (CDOs) to be marketed to investors around the world.

“What was peculiar to America was the ability of large numbers of subprime borrowers—those with poor credit records—to take out mortgages and buy homes, lured by cheap credit and the belief that house prices could only rise,” noted The Economist in October 2007. “By 2006 a fifth of all new mortgages were subprime. The interest rates on many of these were adjustable, unlike those on most American mortgages. Low ‘teaser’ rates were charged for a while before higher, market-based rates kicked in.”

The lending and housing explosion also triggered a boom in housing construction, which eventually led to a surplus supply of unsold homes in the country. To prevent the economy from overheating, moreover, the Fed began raising interest rates beginning in 2004 when house prices were still on an upward climb, reaching 2.25 percent by the end of the year and continuing in 2005 to reach 4.25 percent by December. By June 2006, and under the stewardship of its new chair, Ben Bernanke, the Fed had raised rates to 5.25 percent, which had already done much to cool the housing market.

By September 2006, house prices were falling on an annual basis for the first time in 11 years, with the National Association of Realtors (NAR) reporting the median prices of existing home sales declining by 1.7 percent from the previous year, the biggest drop on a percentage basis since November 1990 when the US was in the midst of a recession. The excess housing inventory played a significant role in this decline, with unsold inventory reaching 3.9 million, a 38-percent increase compared to 12 months prior. That gave the market a 7.5-month supply of homes, which was sharply higher than the 4.7-month supply available in August 2005 and the average 4.3-month supply throughout 2004.

Many believed that the housing market was cooling and simply experiencing a healthy correction at that time. Few realised the extent to which subprime mortgages both existed and exerted influence over financial markets—mainly via MBSs that were frequently repackaging subprime mortgages for global investors and being sold many times over throughout the financial system and, ultimately, the overall economy.

Indeed, the rate-tightening cycle spelled disaster for those who owned subprime loans. The sharp increase in mortgage rates triggered loan defaults across the country, as weak borrowers failed to keep up with their housing-loan payments. By November 2006, slowing demand for housing across the US resulted in 28 percent fewer new permits than a year earlier, strongly indicative of the imminent surge in home closings. And with the economic contraction that accompanied the rate increases boosting unemployment numbers, an increasing number of borrowers lost their jobs, which only worsened their ability to repay their mortgage obligations. 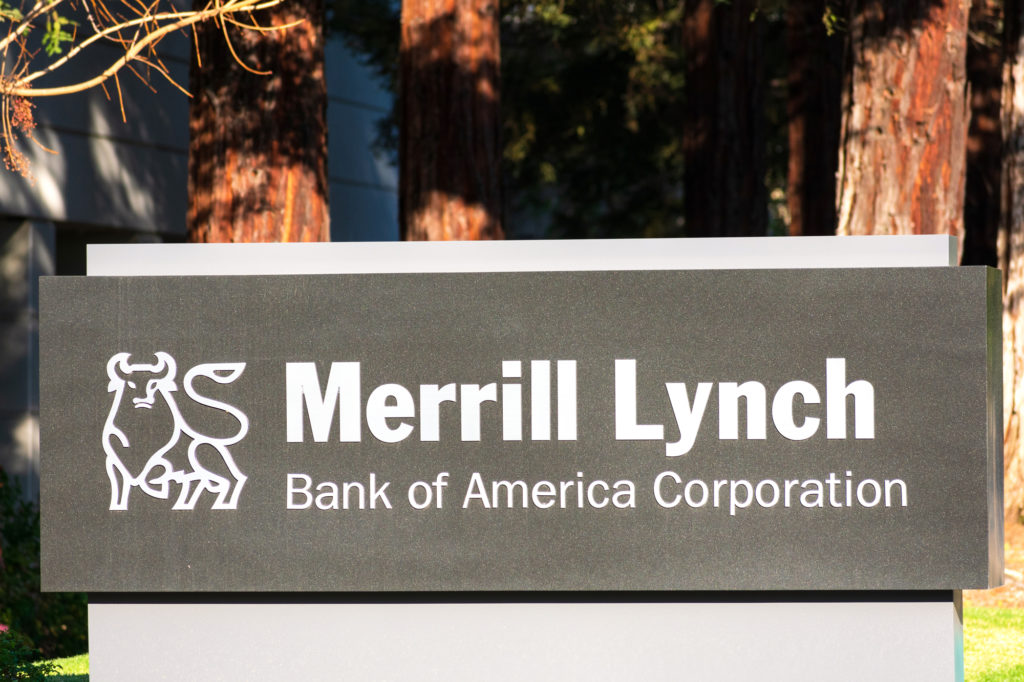 The losses incurred by Merrill Lynch on CDO products led to the sale of the company to Bank of America.

With many borrowers defaulting and foreclosing on their mortgages, therefore, banks soon began amassing substantial volumes of bad loans on their balance sheets. By October 2007, for instance, Merrill Lynch’s third-quarter earnings showed a $6.9-billion loss on CDOs and a $1-billion loss on subprime mortgages, which in total was the biggest Wall Street write-down to that point, almost double the $4.5-billion loss that the bank had told investors to expect just three weeks earlier. A few days later, Merrill Lynch’s chief executive officer (CEO), Stanley O’Neal, resigned.

With the economy plunging into recession, banks endured considerable losses, unable to sell foreclosed properties at the prices borrowers had paid when they’d taken out their loans. Many banks incurred huge losses, forcing some to be shut down, such as the 150-year-old Lehman Brothers; taken over by other lenders to save them; or bailed out by the government under the Troubled Asset Relief Program (TARP).

After the US federal government decided that Lehman Brothers was not “too big to fail”, the repercussions across financial markets were seismic, as investors sold assets across virtually all markets. Money was pulled out of banks and investment firms in droves, moreover, which in turn had a significantly restrictive impact on the financial industry’s ability to lend. Indeed, banks implemented tighter lending limits, freezing access to credit for businesses and consumers alike, sending the economy into a deep recession.

Ultimately, the spread of risky mortgage-loan products throughout the financial system—and within a climate of little regulatory oversight—was the key factor in creating the global financial crisis. Such exotic products were too complex for the ordinary investor to comprehend fully, and they invariably depended on an endless environment of low interest rates and high house prices. But as soon as this was not the case from 2006 onwards, subprime-mortgage lending turned into a crisis and eventually a global economic meltdown.

An excellent documentary on the subprime mortgage crisis.