Top Posts
Western Banks Willing to Accept the Short-Term Pain of Russian...
Why the US Is Ramping Up Its Presence in Somalia...
How Technology Is Helping to Solve Global Supply-Chain Issues
UK Inflation Climbs to Fresh 40-Year High
Extended Reality and the Metaverse Are Leading Financial Services into...
Digital Currency: India’s Move Towards a Digital Financial System
Home Life Arts & Travel Behemoth SUVS Go Head to Head: the BMW X7 Versus the Rolls-Royce Cullinan
Life Arts & Travel

Behemoth SUVS Go Head to Head: the BMW X7 Versus the Rolls-Royce Cullinan 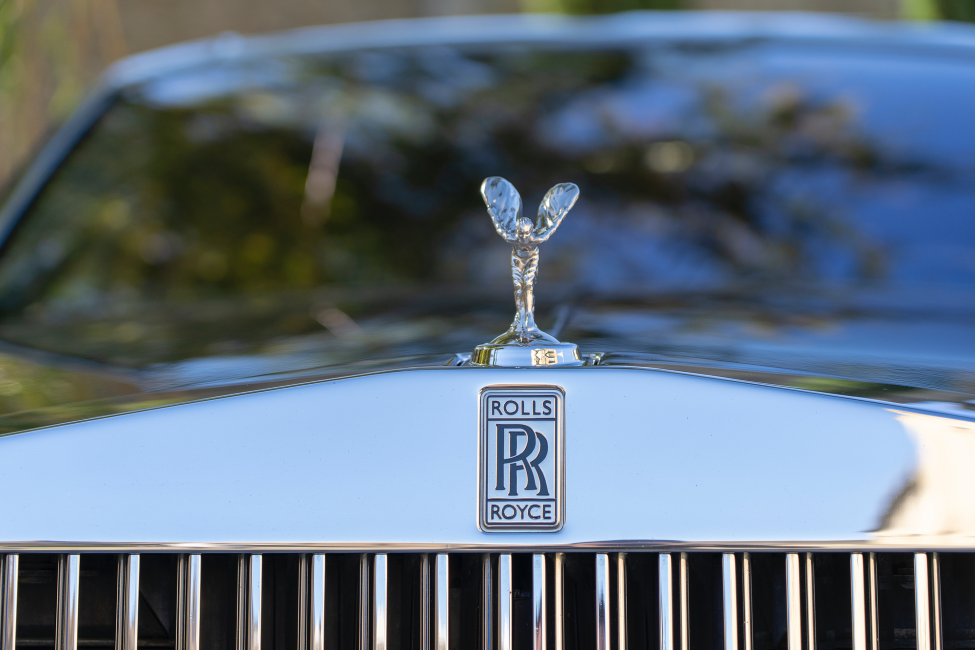 Both the BMW X7 SUV and the Rolls-Royce Cullinan SUV entered the large luxury SUV market in 2019, and it is apparent that they have been well received in different markets. The idea of a Rolls-Royce SUV was one that rubbed many Rolls-Royce purists the wrong way. Many also argued that creating a family-friendly, three-row SUV would taint BMW’s reputation for building the ultimate driving machine. However, the ultra-luxurious Cullinan and the majestic X7 are both exceptional luxury SUVs that exude much of what their brands represent. Both SUVs are also currently ranked among the top full-size luxury SUVs on the market.

Many may argue that the BMW X7 and the Rolls-Royce Cullinan are not in the same class, and therefore, should not be compared. However, you’ll find out that these two SUVs are actually closely matched in many aspects. Let’s find out which one you would rather buy.

The rumors about the Cullinan were first confirmed by Rolls-Royce’s design chief, Giles Taylor, on September 17, 2015, at the 2015 Frankfurt International Motor Show. The production-ready Rolls-Royce Cullinan was then revealed to the public for the first time in May 2018 at the Concorso d’Eleganza Villa d’Este. The BMW Concept X7 iPerformance, on the other hand, was showcased at the 2017 Frankfurt International Motor Show, and the finished production-ready BMW X7 was unveiled on October 17, 2018. Sales commenced for both SUVs from the first quarter of 2019.

The difference between the BMW X7 and the Rolls-Royce Cullinan is most apparent in their pricing. The X7’s xDrive40i model starts at $73,900 in the United States, while the xDrive50i starts at $92,600; the range-topping M50i starts at $100,595. Therefore, the X7 is well within the range of many other large luxury SUVs on the market, such as the Mercedes-Benz GLS, the Lincoln Navigator and the Land Rover Range Rover. The Cullinan starts at approximately $325,000 in the US. Therefore, you can buy three X7s for the price of just one Cullinan.

The Rolls-Royce Cullinan’s name is inspired by the Cullinan Diamond (the largest rough diamond ever discovered). Rolls-Royce didn’t choose this name by chance. Its intention was to build a tough, strong SUV that would still offer the grand comfort and opulence for which the Rolls-Royce brand is known, and they succeeded in doing that. The Cullinan’s aluminum space-frame platform is a bespoke version of Rolls-Royce’s modular Architecture of Luxury platform—the platform that the Phantom VIII uses. This means the Cullinan’s platform is unique in itself. The BMW X7, on the other hand, uses BMW’s modular Cluster Architecture (CLAR) platform that incorporates both steel and aluminum. It shares this platform with the likes of the X6 SUV, X5 SUV, X4 SUV, X3 SUV and several other large BMW sedans. This platform is also quite rigid. Both platforms provide stable foundations for their suspension systems, and as such, they facilitate great handling. However, it is important to note that the Cullinan is heavier than the X7, and because of that, it can’t take corners as sharply as the X7. The Cullinan has a kerb (curb) weight of 2,660 kilograms (kg) or 5,864.3 pounds (lb), while the X7 weighs in at between 2,320 and 2,460 kg (5,115 to 5,423 lb).

Ride quality has been prioritised in both the Cullinan and the X7. Rolls-Royce went to great lengths to ensure that Cullinan customers would also experience its signature Magic Carpet Ride driving experience. To achieve this, Rolls-Royce fitted the Cullinan with a perfectly tuned double-wishbone, front five-link rear-suspension system that includes front and rear electronically controlled dampers and self-levelling air suspension. The Cullinan’s anti-roll bars are also electrically actuated. Curiously, BMW also gave the X7 a double-wishbone front suspension and multi-link rear suspension with a self-levelling air-suspension system. Both air-suspension systems automatically lower these SUVs when they exceed certain preset speeds.

The performance of the Cullinan is closely matched to that of the X7, but only when you are pitting it against the X7’s top-of-the-range M50i model. The Cullinan is offered with only one engine option—the same behemoth of an engine that powers the Phantom VIII. It is a 6.75-litre (L) N74B68 twin-turbocharged V12 petrol engine that develops 563 brake horsepower (bhp) at 5,000 revolutions per minute (rpm) and 850 newton-metres (Nm) of torque at 1,600 rpm. Thanks to this potent engine, the Cullinan can sprint from zero to 60 miles per hour (mph) in just 4.7 seconds, and it can also hit a top speed of 155 mph or 249 kilometres per hour (kmph). Paired to its engine is ZF Friedrichshafen’s 8HP eight-speed automatic transmission.

Also worth noting is that the Cullinan and all the models of the X7 are equipped with advanced all-wheel-drive systems. Thanks to these systems, both SUVs perform commendably well on off-road terrain. When it comes to towing capability, the Cullinan edges the X7 slightly with its maximum towing capacity of 7,275 pounds; the X7 can tow up to 7,500 pounds (depending on its model).

You will love stepping into the cabins of the BMW X7 and the Rolls-Royce Cullinan. Without a doubt, the BMW X7 offers an exquisite, luxurious cabin. As BMW puts it, “excellence meets generosity” in the X7’s cabin. Its cabin is adorned with premium, soft-touch leather material, genuine wood trim and polished metallic accents, all of which have been blended together in an awe-inspiring manner. Passenger space in all three rows is generous so that adults can sit comfortably even in the third row. You can opt for either a seven-passenger configuration that gives you a three-person seat bench in the second row or a six-passenger configuration that gives you two second-row separate comfort chairs with armrests. The large, super-cushy seats provide outstanding comfort; for example, the front seats include heating and cooling functions as well as eight massage programmes that attend to different parts of the body.

The X7’s cabin is outstanding, but if the truth be told, the Cullinan’s cabin is even more luxurious. Rolls-Royce has succeeded in delivering a level of luxury and refinement in the Cullinan that is similar to that of the grand Phantom VIII. One of the first things that you’ll notice about this SUV’s cabin is its absolute quietness. Its specially honed, bespoke platform numbs down noise, vibration and harshness to uncommon levels; its extensive sound insulation also shuts out road and wind noises, giving you super-quiet rides. The cabin of the Cullinan is also fully handcrafted, so the detail in the design and styling of all of the materials and features is exceptional. Also, the way it blends its genuine, soft-touch leather trim, its genuine, open-pore wood trim, its polished metallic accents and its jewellery-like elements is just overwhelming. Seating space is also plenty in both rows of the Cullinan; there is enough space to stretch your legs fully in the second row, and the second-row seats can be slid backwards electronically to create more legroom.

The X7 holds its own quite well against the mighty Cullinan in all aspects. While it is not as powerful as the Cullinan, it certainly delivers comparable performance and capability statistics. The X7 is also more agile, so it is more fun to drive. The X7 offers other advantages, including a lower price tag, better practicality and versatility, seven-passenger capacity and more model options. Therefore, the X7 can be said to be the more sensible option. However, the Cullinan shows its dominance in luxury, exquisite design, comfort and capability. Also, if you are looking for exclusivity, then the Cullinan is a no-brainer.

What is Quantamental Investing?