Top Posts
How Gamification is Catapulting Digital Banking to the Next Level
Challenges Remain, But There Are Opportunities to Be Had in...
Interview with Mr. Olukayode Pitan, Chief Executive Officer and Managing...
Commodities Outlook for 2023
The Value of Cash in a Time of Crisis: How...
The US-Africa Leaders Summit: Fostering a Closer Relationship with the...
Home Life Arts & Travel Dueling Luxury-Sedan Monarchs: the Mercedes-Benz S-Class Versus the Lexus LS
Life Arts & Travel 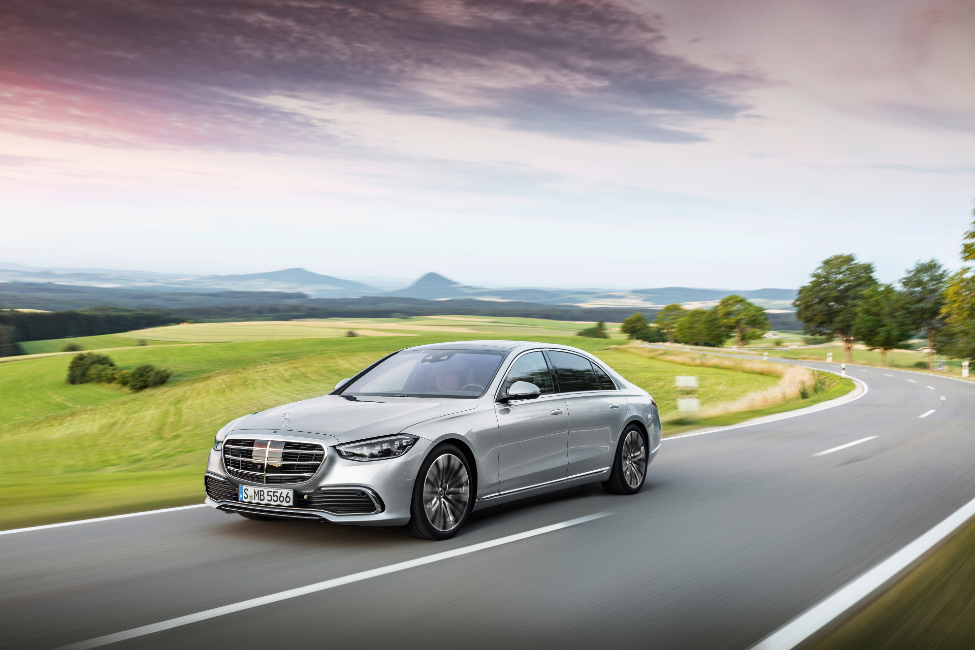 Although the auto market prefers SUV vehicles, luxury sedans from the world’s top brands seem to be immune to this trend. Despite the attraction of the luxury SUV, there is still something about owning a premium sedan with its elegance, presence and stately appearance. The SUV trend will eventually end, but sedans are both the past and the future of this class. That is why the unveilings of new sedan models by Mercedes-Benz, BMW, Jaguar, Audi, Cadillac, Genesis and Lexus receive much attention from car fans.

Luxury sedans are the most expensive models produced by their respective brands—representing their technological flagships and visions of the future. Today’s premium models feature what ordinary cars of tomorrow will have. So, each premiere in this segment is another chance to peek at what is around the corner in technology, design, materials and engineering. However, each company has a unique vision of the future and the appropriate engineering approach, so the cars have distinct personalities and advantages. Two similar but different models, the new Mercedes-Benz S-Class and the refreshed Lexus LS, debuted last year as 2021 models, making them the latest additions to the segment. Both are expensive, prestigious and fighting for the same customer. So, what do these cars offer? 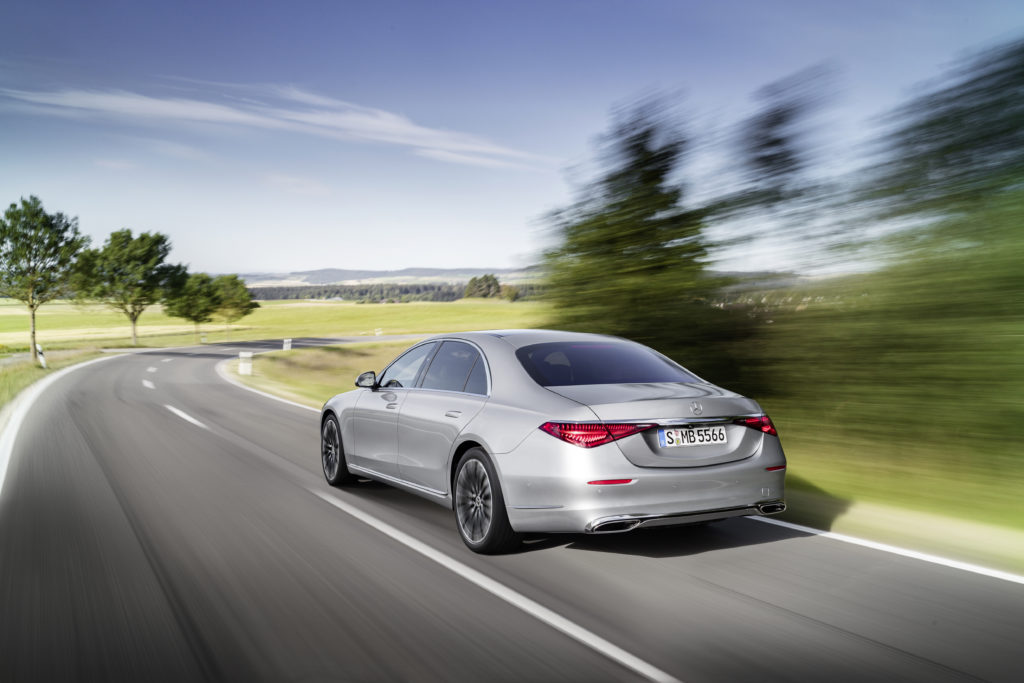 The definitive luxury limousine for the last 60 or so years is the Mercedes-Benz S-Class. With its recognizable styling, imposing stance and top-notch technology under its well-sculpted skin, the S-Class symbolizes German engineering’s luxury and prestige. Mercedes-Benz carefully engineered this seventh-generation model to maintain its place as the globally recognized top luxury-sedan maker. This means that the S-Class features the best the automaker has to offer.

Under the hood, the new S-Class (chassis code W223) comes with four gasoline engines, two diesel units and a hybrid drive train. The gasoline range starts with a 3.0-liter, turbocharged, straight-six engine with two power levels: 367 horsepower (hp) and 435 hp. Next on the list is the twin-turbo V8 engine with a mild hybrid system that delivers 503 hp. The top-of-the-line model is the Mercedes-Maybach S 650 with a twin-turbocharged V12 engine, which produces 630 hp and an astonishing 1,000 newton-meters of torque (738 pound-feet).

The diesel range comprises two straight-six units, which displace 3.0 liters but at two different power levels: 286 hp and 330 hp. Even though diesel engines are less refined than gasoline engines, they have excellent fuel economy. The hybrid model, S 580 E, is equipped with a turbocharged, six-cylinder petrol unit plus an electric motor that produce a combined power output of 476 hp and significantly better fuel economy. 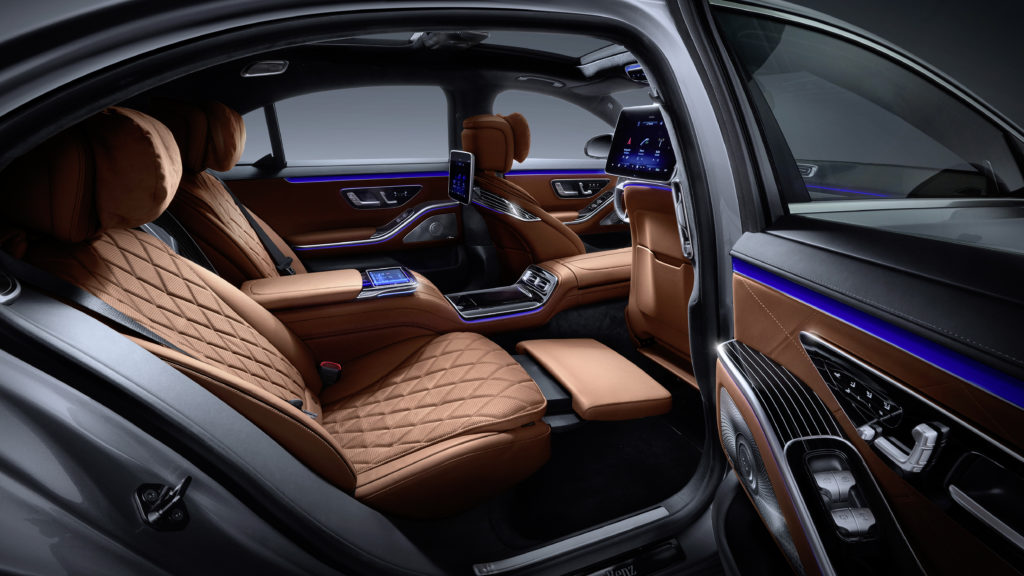 However, the power and performance are just half of the story; the technology, equipment and luxury features are the other half. The 2021 Mercedes-Benz S-Class doesn’t disappoint and stays true to its concept, regardless of cost. Equipped with 22 cameras, the car monitors everything inside and around it. In front of the driver are an impressive 12.3-inch instrument cluster and a center 12.8-inch OLED (organic light-emitting diode) infotainment system with haptic feedback. The virtual and voice-controlled assistant is standard, as are innovative rear-seat airbags that use ambient air rather than gas.

The safety-equipment list is also awe-inspiring. Apart from its standard systems, the 2021 S-Class can detect side impacts and raise the suspension to eight centimeters to minimize passengers’ potential injuries. Internal cameras also monitor the driver’s behavior, and the car can automatically close the windows if it detects low air quality.

Introduced in 2017, the current Lexus LS model has received thorough restyling for 2021 to keep it fresh and ready to compete. It is the fifth-generation  LS model. Since the 1989 Lexus LS 400, Toyota has not hidden its ambition to become a worthy adversary to the world’s most respected luxury brand. Today, 30 years later, Lexus has achieved just that, with its products viewed as the pinnacle of automotive engineering. However, is the four-year-old design good enough to challenge the brand-new S-Class, or is the Lexus LS just a cheaper alternative? Let’s find out.

Right from the start, the Lexus LS has fewer engine options, and the only available engine is the 3.5-liter V6, with twin turbos and 416 hp on tap in the LS 500. The Lexus is lauded for its pioneering hybrid drive trains, and the LS 500h has been one of the best-selling luxury hybrids for years. This model will be available from the spring of this year and will come with the same 3.5-liter V6 engine but with two electric motors, all-wheel drive, more power and better fuel economy. Interestingly, Toyota has never offered a diesel engine in its Lexus LS range, which puts it behind Mercedes-Benz, Audi and BMW, which sell many diesel-powered luxury sedans, especially in Europe. 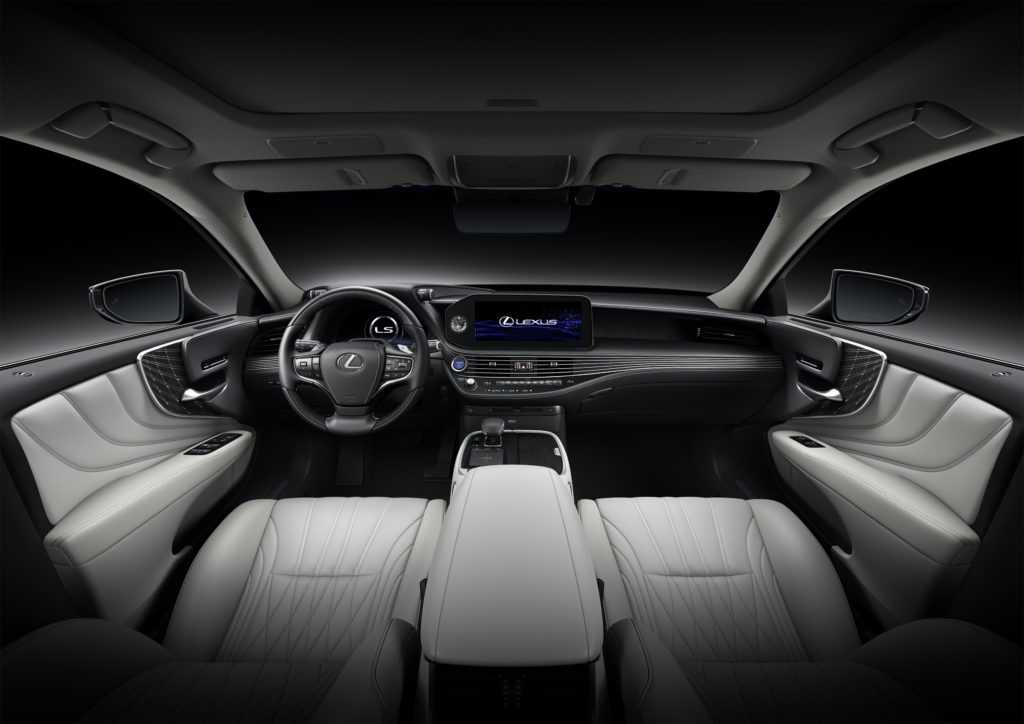 2021 restyling has improved not only the design but also the suspension and interior. Although the dashboard design is unique, it still shows its age, even after the redesign. Big displays have replaced the classic gauges in front of the driver. However, Lexus retained that layout with a smaller display in front of the driver and a large 12.3-inch infotainment screen on the center console. After complaints that the previous infotainment system wasn’t practical, Lexus introduced a more intuitive touchscreen unit for the 2021 model. Of course, Lexus equipped the LS with every kind of safety feature imaginable, including the latest Lexus Safety System+ 2.0, Lane Change Assist and Active Steering Assist.

Even though the updated 2021 Lexus LS is a more imposing, elegant and safe model than the previous versions, the brand-new Mercedes-Benz S-Class remains the undisputed king of the luxury-sedan class. Not only does the S-Class offer more in terms of engine choices, drive-train options and equipment, it also comes with a more modern design, innovative dashboard layout and extra features. Yes, the S-Class is more expensive, but in this segment, price is secondary to prestige. More customers will likely head to Mercedes-Benz dealerships than Lexus showrooms.