Top Posts
Why the Status of the Fifth-Largest Economy Is a Job...
Syrian Economic Outlook Dims as Internal Conflict, Resource Theft and...
Unwinding the Unconventional Monetary Policy in Japan
Three Significant Payment Trends in 2022
Recessions Hurt: Does the Data Show That the World’s Major...
Every Organisation Should Be Aware of Invoice Scams
Home Life Arts & Travel Electric SUVs Audi e-tron and Mercedes-Benz EQC Show the Way to the Future
Life Arts & Travel 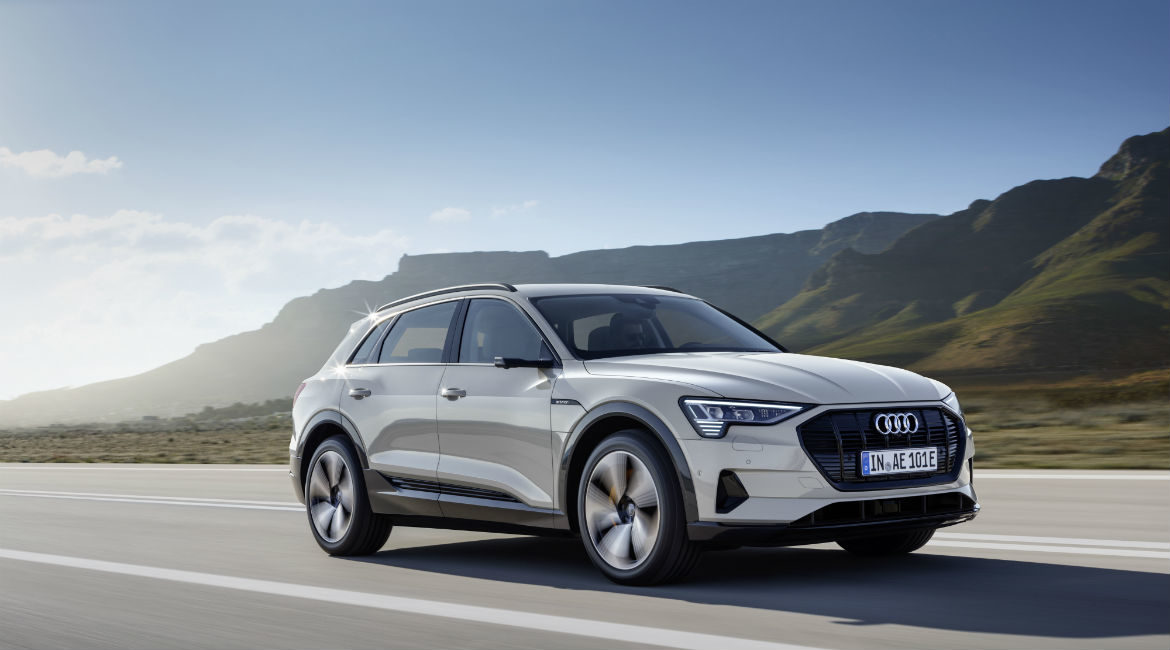 The Tesla Model X seems to have been the lab rat of the car industry for the whole electric-SUV thing. Now that it has apparently succeeded, we are in for a show. Audi is out with its e-tron electric SUV; Mercedes-Benz with the EQC as well. Add to this, the Jaguar I-Pace and the upcoming BMW iX3, and you have yourself a whole set of electric SUVs. Yet, the latest to be unveiled are the Audi e-tron and the Mercedes-Benz EQC. Although both basically SUVs, they do differ in some crucial ways. Most notably—in dimensions, as the e-tron is a much larger vehicle compared with the EQC. That is beside the point, though, as it seems that every new car in the world of electric SUVs is doing its best to stand apart in one way or another. Entering different market segments is one way to do it.

While the differences are clearly apparent, the similarities do, in fact, lie beneath the exterior metal.

How do they look? 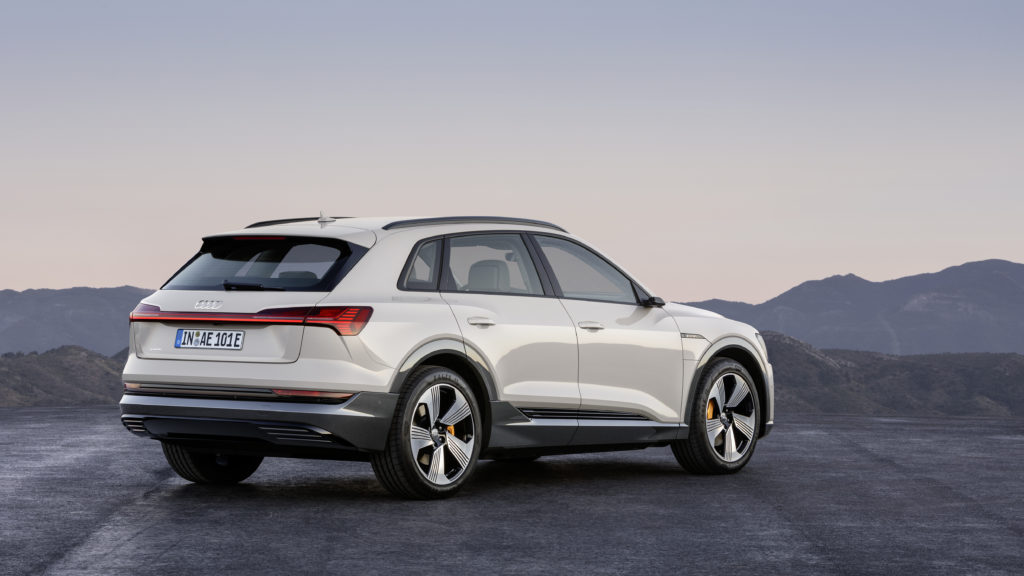 I think we are looking here at two completely different design ideologies. Not only does Mercedes-Benz try to reach even further into the future than it does with its rather opulent and well-designed ICE (internal combustion engine)-powered cars, but it does so with clear conviction. The EQC takes the Mercedes-Benz design and adds pieces we would usually associate with only concept cars. This is a completely different ideology compared with Audi’s. The Ingolstadt-based company actually took a conventional approach towards designing its first electric SUV. Even Audi officials proudly stated that the car that the company had designed should be as friendly and as recognizable as any other Audi. Basically, you have here an Audi SUV, but instead of powering the thing with an ICE, Audi decided it should feature two electric motors instead. Even just by looking at it, one cannot actually recognize any radical design departures compared with the standard Audi SUV. Heck, the Audi Q8 looks more flamboyant than this thing.

One linking design feature between the EQC and the e-tron are the taillights with a dominant light bar, which actually connects the taillights, almost making one continuous segment. This, I believe, visually widens the SUVs and definitely shows the futuristic (and premium) character they hold.

Differently sized and clearly differentiated in their characters, the Audi e-tron and the Mercedes-Benz EQC basically represent two different stories with the same underlying arc. One looks to cash in on its futuristically styled exterior, while the other tries to be somewhat conventional. Regardless of that, both do manage to provide exceptional aerodynamic efficiency. The Mercedes-Benz EQC, as it is based on the GLC architecture, manages with a less than 0.3 drag coefficient (Cd), while Audi went a step further and achieved an aerodynamic coefficient of 0.27 Cd. Both of these numbers are quite amazing for SUVs of this size. Let me just tell you that Audi slashed those additional 0.02 Cd thanks to the integration of the rear-view cameras instead of rear-view mirrors.

What powers the EQC and the e-tron? 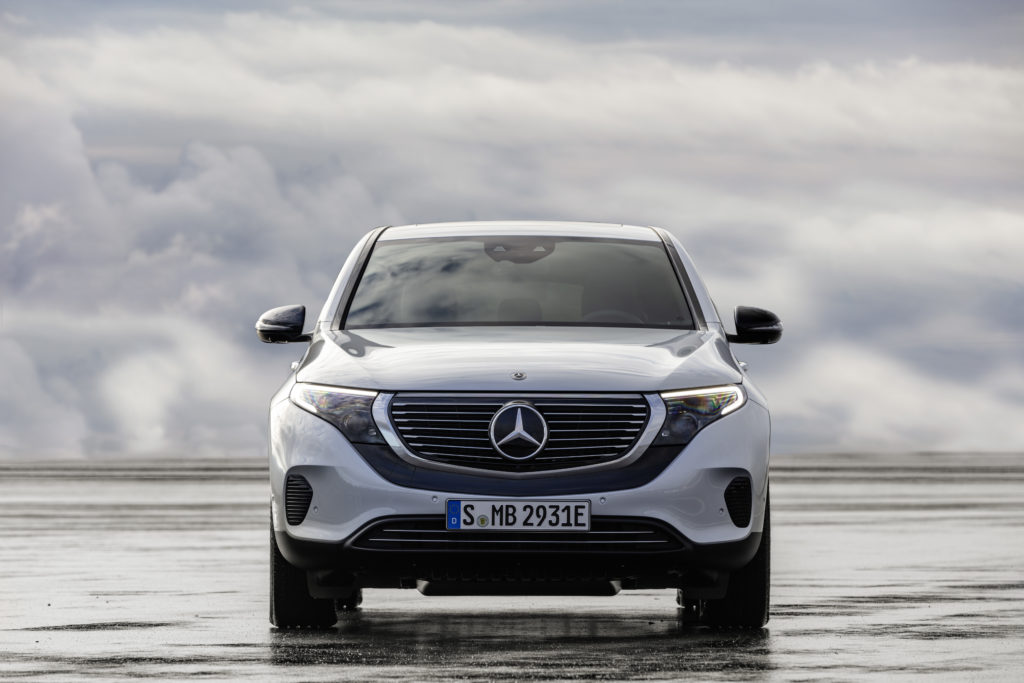 Following the introduction of the I-Pace, the EQC and the e-tron have obviously shown a clear intention to follow it up. No, they aren’t as mad as the Tesla Model X P100D with their performances, nor as flamboyant as other certain electric vehicles. Both offer dual motors basically providing an all-wheel-drive setup and hiding a massive battery pack in the floor. The Audi e-tron makes do with a 95-kilowatt battery pack weighing a stunning 700 kilograms. The Mercedes-Benz EQC, on the other hand, has a smaller battery pack with an 80-kilowatt capacity. Yet, the EQC is heavy. Like, two and a half tons heavy. 650 kilograms of it are the batteries.

Interestingly enough, the e-tron and the EQC (as well as the Jaguar I-Pace and the Tesla Model X 75D, which can be considered to be the competition) have electric motors developing similar power. In the case of the EQC, Mercedes-Benz gifted it with two motors developing 400 horsepower. The e-tron is somewhat less powerful—at 365 horsepower. As the Audi e-tron actually has a boost mode, which adds an additional 40 or so horsepower, we can basically say that both of these vehicles feature similarly powerful motors.

Performance, thus, is similar too. The e-tron will surge to 60 miles per hour in 5.5 seconds (6.4 seconds without the boost mode), with the EQC doing the same job in 4.9 seconds. After all, Audi did report that it isn’t after any performance records against the e-tron.

How long can they run, and what can charge them? 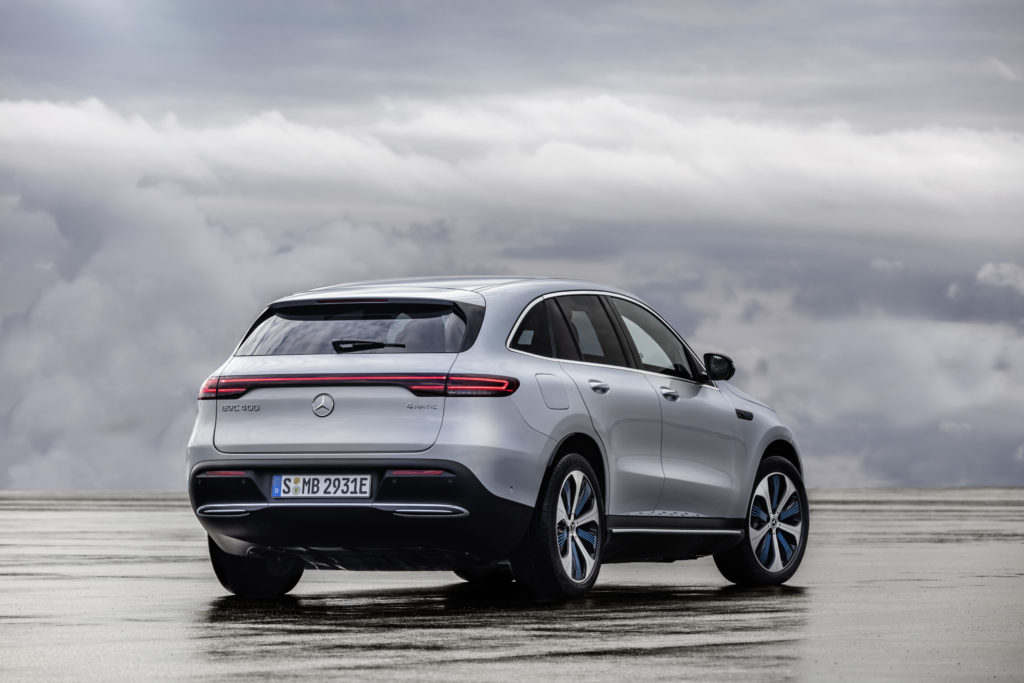 The Mercedes-Benz EQC seems to be lacking enough energy to match the range of its closest competitors. Mercedes-Benz reported the range of 200 miles, which is a bit lacklustre compared with other electric SUVs. For example, the e-tron will do something like 230 miles, according to the EPA (US Environmental Protection Agency)—still not official, but should be in this ballpark. The weight of the EQC and the lesser capacity of the battery it moves around with is to blame. However, Mercedes-Benz did report it will do more to improve the range on the EQC. With some tweaks, I am sure it can improve it to 220 miles at least.

The recharging is, it seems, better suited on the e-tron than on the EQC. The e-tron has the fastest charger on the market, supporting a 150-kilowatt charger that can recharge 80 percent of battery capacity in half an hour. Not many similar chargers are available (although the Volkswagen Group is building them in the United States and Europe). On the other hand, the standard 11-kilowatt charger will do a 100-percent recharge in 8.5 hours.

The Mercedes-Benz EQC, on the other hand, offers only a 7.4-kilowatt single-phase charger that needs 11 hours for a 100-percent recharge. True, a 110-kilowatt option is available, and it will recharge the battery from 10 percent to 80 percent in 40 minutes. Good enough, I guess!

Both the Audi e-tron and the Mercedes-Benz EQC feature cabins that are basically loaded with the most luxurious pieces found through the range of each manufacturer. Yup, you can even personalize it by choosing different colours, hides on the seats and such. However, real, obvious advancements are hard to find. Save for the most advanced infotainment systems featured in both cars (the MMI for the Audi and the MBUX for the Mercedes-Benz). However, one clear advancement has been made. Audi, on its European e-tron, installed cameras instead of mirrors and provided screens in the doors, which actually transfer the pictures from the cameras. This is one impressive feat. This is so technologically advanced, that it is still illegal in the United States, which will get the e-trons equipped with regular rear-view mirrors.

The EQC and the e-tron offer exceptional glimpses into the future—the EQC with its incredible and almost eerie looks and the e-tron with its high-tech character and features. If this is the first generation of the advanced electric SUVs, I cannot even imagine how cool their successors will be.

A Disappointing Year for Emerging Markets

New Technologies, Banking Industry and Choices Ahead (But, How to deal with job losses?)