Top Posts
How Gamification is Catapulting Digital Banking to the Next Level
Challenges Remain, But There Are Opportunities to Be Had in...
Interview with Mr. Olukayode Pitan, Chief Executive Officer and Managing...
Commodities Outlook for 2023
The Value of Cash in a Time of Crisis: How...
The US-Africa Leaders Summit: Fostering a Closer Relationship with the...
Home Life Arts & Travel Los Angeles: The Home of Jaw-Dropping Sales in Upscale Real Estate
Life Arts & Travel 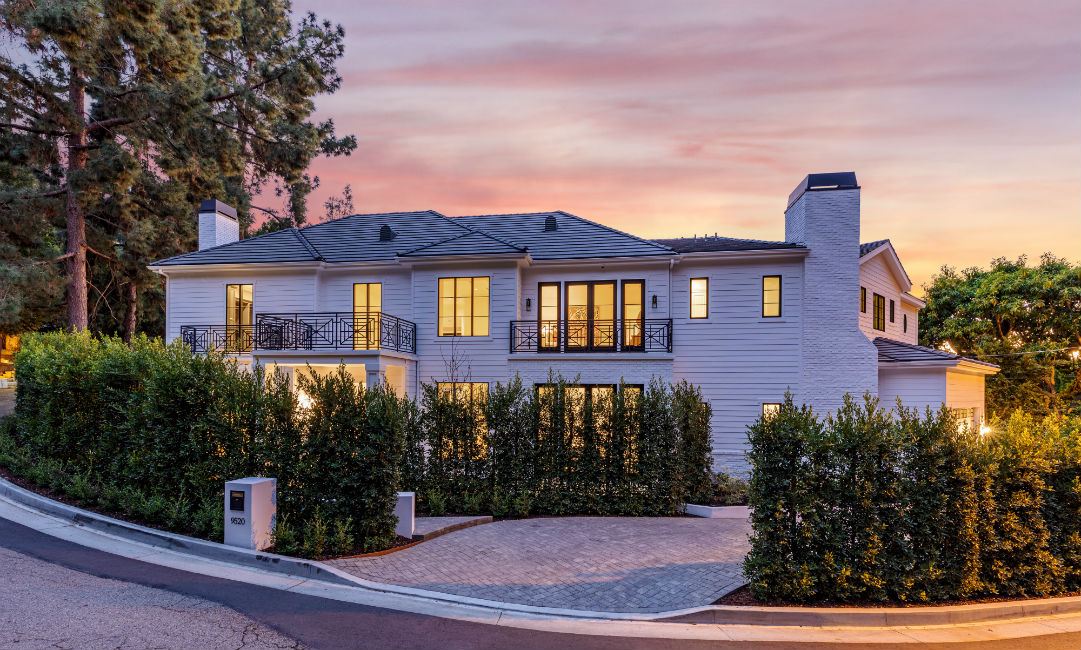 When it comes to the world of high-end, luxury real estate, the Los Angeles market takes centre stage. Domestic and international buyers and investors continue to show strong interest in the City of Angels, attracted by its fantastic climate, sandy beaches and world-famous shopping, restaurants, entertainment and nightlife. The city has seen a number of recent record-breaking sales—including the highest-ever sale in Beverly Hills for $72.5 million and the highest sale in 2019 in seven years in Hollywood Hills for $35.5 million. Both of these listings were represented in part by a high-profile real-estate team with billions of dollars of sales under their collective belt, James Harris and David Parnes, stars of the international hit show Million Dollar Listing Los Angeles. The partners broke six records in 2019; they represented the seller in the $120-million sale of 594 S. Mapleton in Holmby Hills (also known as The Manor), setting the record for the highest sale in Holmby Hills, the second-highest sale ever in Los Angeles County and the fifth-highest sale in US history. They finished the year by closing the highest sale in 2019 in the Beverly Hills Flats for $32.3 million.

James and David are members of the elite Beverly Hills-based global brokerage The Agency, which has more than 35 offices in luxury markets across the United States, Canada, the Caribbean and Mexico. Here, each member of the duo shares his insights on top trends, buyer interests and market shifts for the Los Angeles market in the year ahead. 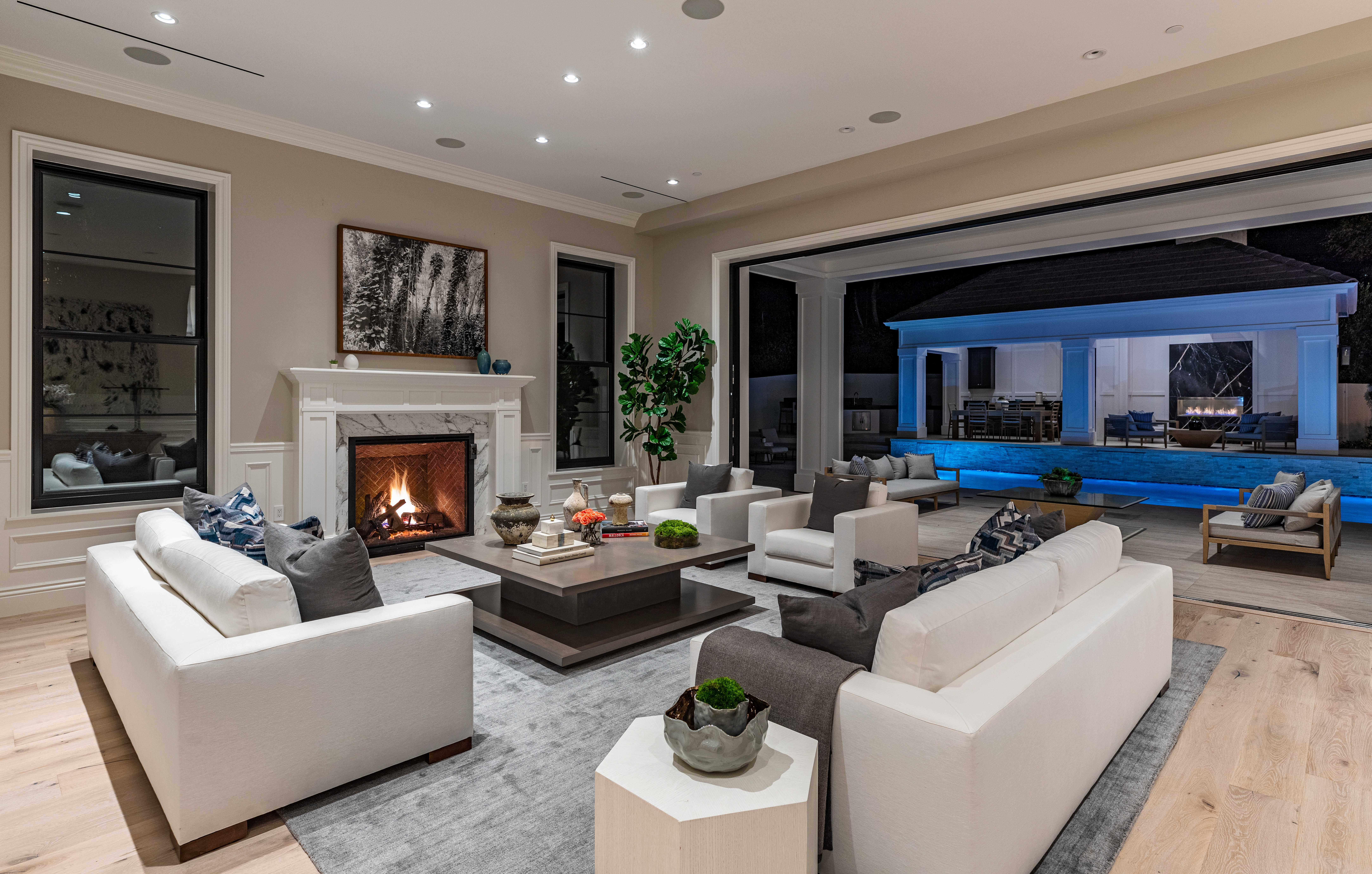 “Overseas buyers have always been present in L.A., but we’ve noticed that there’s been money from the Middle East, Asia and Europe lately,” says David. “Buyers and investors from those three areas have been noticeably more active in L.A. in recent years, and they have been responsible for some of the largest purchases. But, domestic buyers are still present. America has a huge amount of wealth, and some of the large sales and demand are from American buyers.”

“The presence of overseas buyers in Los Angeles is continuing to grow,” James adds. “L.A. has established its place among the finest luxury markets, and people want a piece of the L.A. dream. We have the land, we have the views, we have the weather, and we have the lifestyle—and that’s what people are seeking. More and more people are coming to L.A., and they are attracted to the Platinum Triangle—Beverly Hills, Holmby Hills and Bel-Air.” 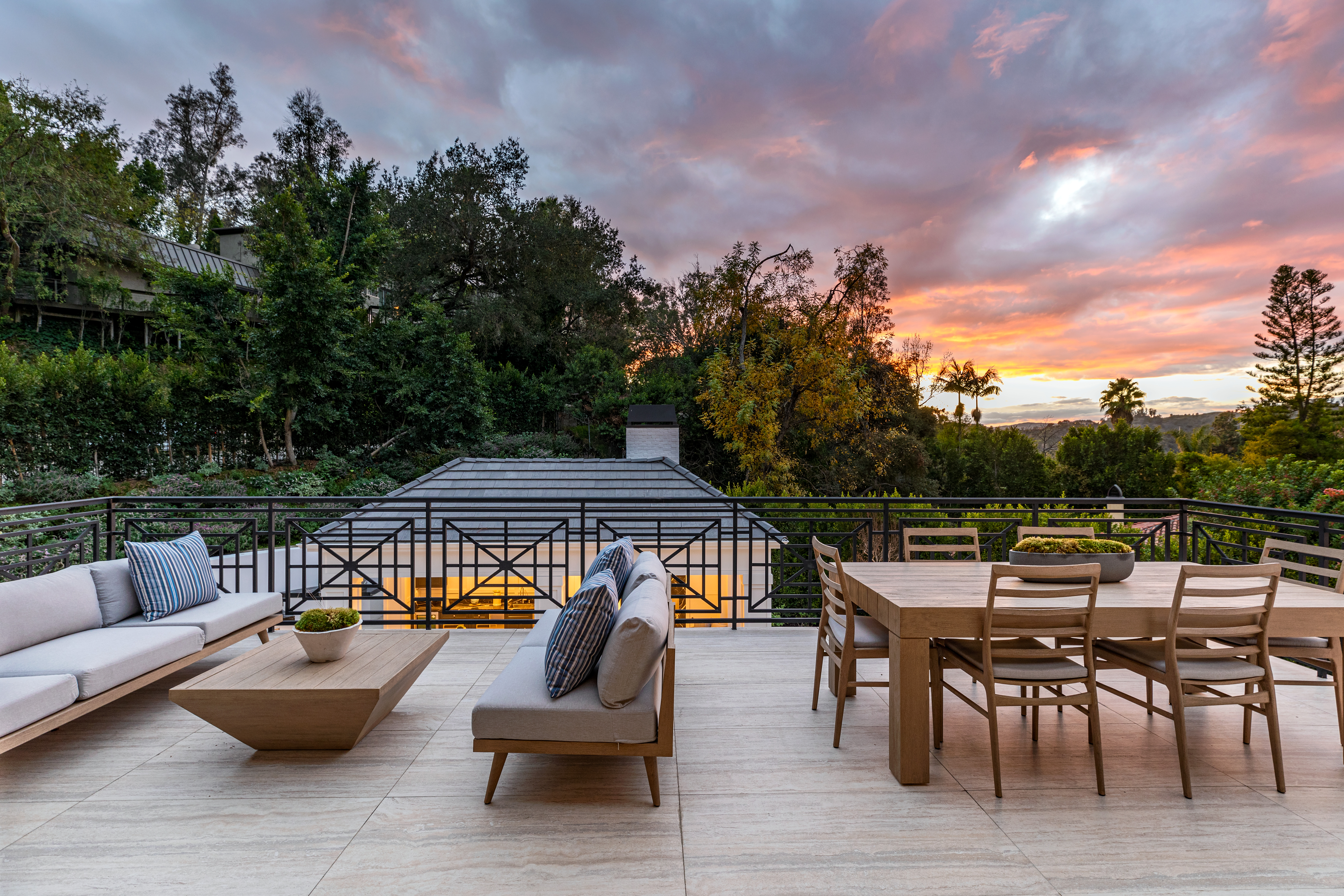 A shift in priorities and style preferences has made it clear that L.A. buyers are becoming more discerning in their desires.

“L.A. has become more of a subjective market where the buyers are savvier,” David believes. “So whereas before, people could put up these very basic, white box-like houses, now the buyers don’t want that. They want better finishes. And if it’s a modern home, they want it to be a warm, modern design with more of a timeless style. I think the properties that are really getting the big bucks and selling are typically the ones that are more dialed in and have been constructed with better finishes and more imagination.”

L.A. buyers’ interest in estates with more thoughtful design features carries over to the existing home market as well. “If it’s a completed house, buyers want it to have all the bells and whistles and really good finishes and details—which just weren’t really required before. So, developers are now creating that more dialed-in product with more details and finishes to cater to these more discerning buyers. The point is really that buyers are willing to pay more and more money for the right product.”

“I think that the economy is strong, the stock market is strong, the subprime market is strong, and I don’t think we’re going to see any recession,” James states confidently. “People do tend to sit on the sidelines when there is potential change on the horizon—like an impending election. But certainly, the market feels like it has a ton of confidence, and there’s no slowdown coming. I also feel like L.A. is really its own market right now, and the overall market in L.A. is very strong.”

“Interest rates are low, so mortgages are cheap right now, and that’s always going to stimulate demand,” David adds. “We’re in an election year, so activity could dip a little bit just because people are waiting to see what happens—but I haven’t really noticed that yet. Based on how the year has started, I think the outlook is really, really promising. The US is still a safe haven for investors and always will be, in my opinion. There’s definitely still room for growth and sustainability in the market as long as the product that is delivered is strong.”

“People are looking for land,” James observes. “I think people are slowly but surely realizing that you can’t create more land, so rather than trying to buy just a massive house on a small lot, people today are trying to buy a big lot so that they have a good amount of land to build what they want.”

“Gated communities are popular—we’re actually listing a great property in a gated community in Beverly Hills,” David points out, referring to 9520 Hidden Valley Road. “Also, the Bird Streets in Hollywood Hills have come back again. The Bird Streets and Hollywood Hills, in general, have seen some explosive sales over the last few weeks and months, which has really brought them back into the realm again.”

Among James’s and David’s most buzzworthy listings are 9520 Hidden Valley Road, located within a gated community in Beverly Hills, and 10281 Charing Cross in Holmby Hills, a development opportunity listed for $29 million.

“I think the best advice is to learn your market—learn where you’re buying and make sure that you pay the right number for a property—don’t overpay,” James suggests. “Also, buy in a bulletproof location that’s smart and safe.

“Or, just call James or David!”

Back To Top
ABOUT THE AUTHORS
David Parnes is Director of The Agency. Parnes and his partner, James Harris, have established themselves as two of the top agents serving the Los Angeles luxury market. David and James specialise in high-end residential real estate and investment properties in Beverly Hills, Bel Air, Brentwood, Hollywood Hills, Malibu, Pacific Palisades and the greater Los Angeles region.

James Harris is Director of The Agency. The perfect blend of British style and American drive, Harris brings his charisma, intellect and wit to Million Dollar Listing Los Angeles. He and his partner, David Parnes, have an extensive network of high-net-worth clients, enabling them to break an incredible six real-estate sales records in 2019.

Hi, are you still in business? I saw some sort of error on your site, just wanted to make sure?