Top Posts
Challenges Remain, But There Are Opportunities to Be Had in...
Interview with Mr. Olukayode Pitan, Chief Executive Officer and Managing...
Commodities Outlook for 2023
The Value of Cash in a Time of Crisis: How...
The US-Africa Leaders Summit: Fostering a Closer Relationship with the...
Three Key Sectors in Which to Invest in 2023
Home Life Arts & Travel Marbella–a Rising Star in Luxury Real Estate
Life Arts & Travel

Marbella is no newcomer to the luxury-market scene, but its newfound gusto is reconfirming the resort town as an internationally appealing residential destination with a burgeoning category of “super properties”.

The effects of the global financial crisis were felt particularly keenly in Spain, although less so in markets such as Marbella and Ibiza, the affluent international client bases of which are more immune to the vicissitudes of economic cycles. Whereas elsewhere in the country property values corrected by as much as 40 percent, in Marbella’s best areas they scarcely fell at all; and by 2014 the region entered a period of real-estate sector recovery that within two years had shaken off all modesty and revealed itself for the new growth phase it was.

A taste for modern

The new growth cycle came accompanied with some novel characteristics, one of which was the deficit of “modern” properties. Construction activity more or less ground to a halt in 2009, only to be resumed around 2013, when the first brave investors broke new ground and were richly rewarded with buyers eager for the new-look, high-tech properties that were now coming off architects’ drawing tables. Such was the pent-up demand for this kind of home—be it a villa or an apartment—that new projects were being sold off-plan in record time. 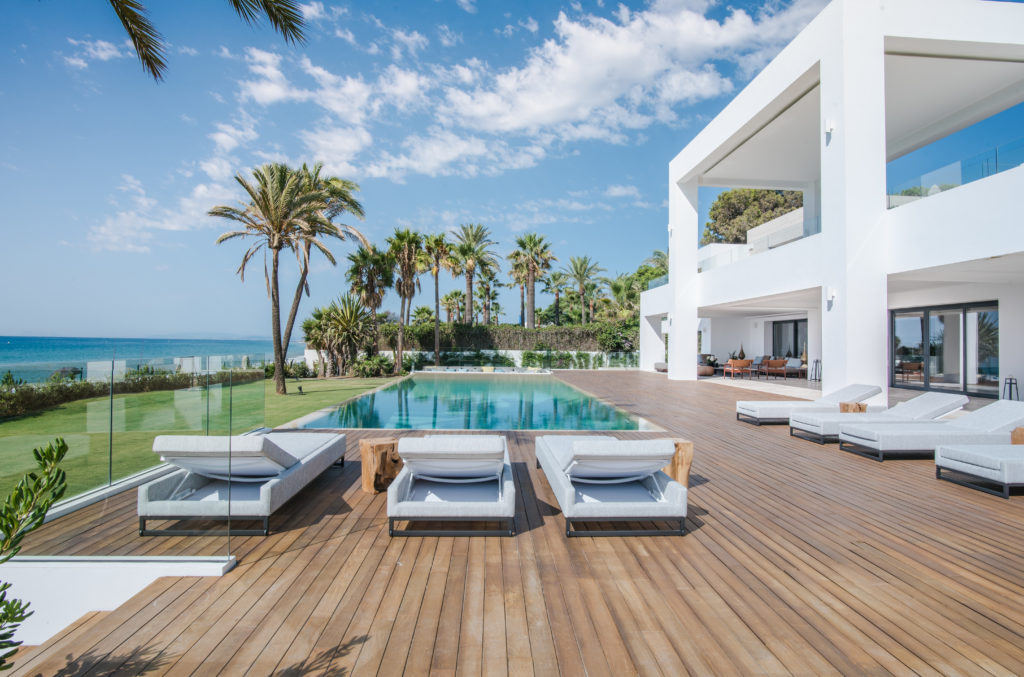 Now we have entered a phase in which the growth cycle is in approximately mid-flight, with strong demand and solid property-value gains of around 10 percent per annum, but at levels of growth that can be sustained for some time to come. There is no danger of a property bubble in the foreseeable future, although the broader offer of contemporary properties is producing a reaction among buyers and developers alike—with both keen to diversify the product in terms of style and intrinsic specifications.

It is neither a buyer’s nor a seller’s market, but one that is pretty well-balanced right now, with tighter margins for developers since costs (read: land prices) have risen more rapidly than property prices. A broadly diversified client base means that even shock factors such as Brexit have had a relatively mild impact, even among the traditionally strong British market, which has continued to dominate alongside keen interest from Scandinavian, Belgian and French buyers. Style and modern amenities followed price as the main driver some time ago, and now it is increasingly about lifestyle, services and the experience that owning a home in Marbella can offer. 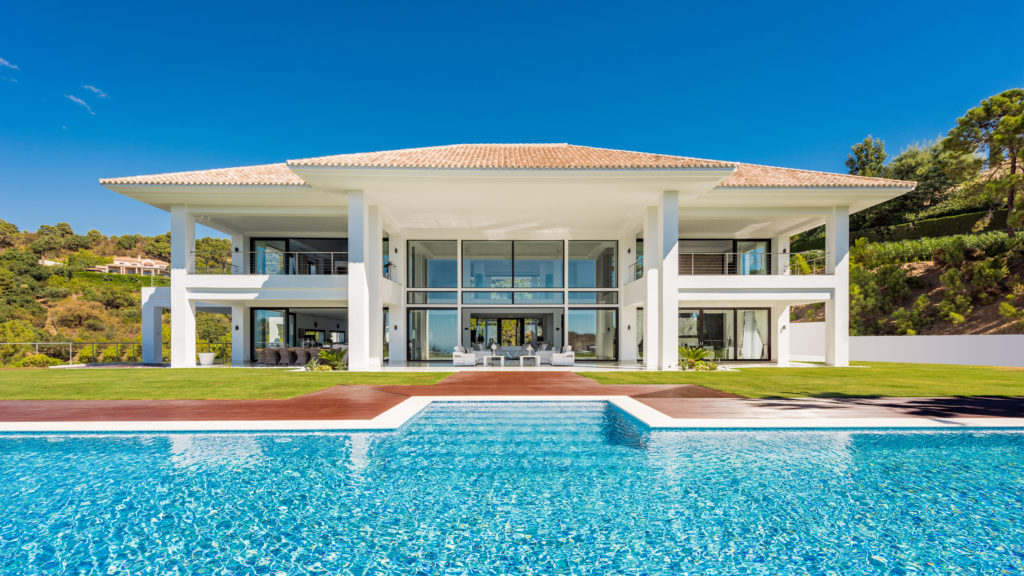 Marbella has always retained its luxury-market segment, which centres upon two distinct types of offerings—select beach addresses and hillside country-club estates. Foremost among the former is the Golden Mile, that famous 6.5-kilometre strip that links Marbella town with the glamorous marina of Puerto Banús. The villas and penthouses on the beachside are gold dust, often snapped up before they reach the market; but as a residential area, the Golden Mile stretches inland to also include the exclusive gated communities of Sierra Blanca and Cascada de Camoján. 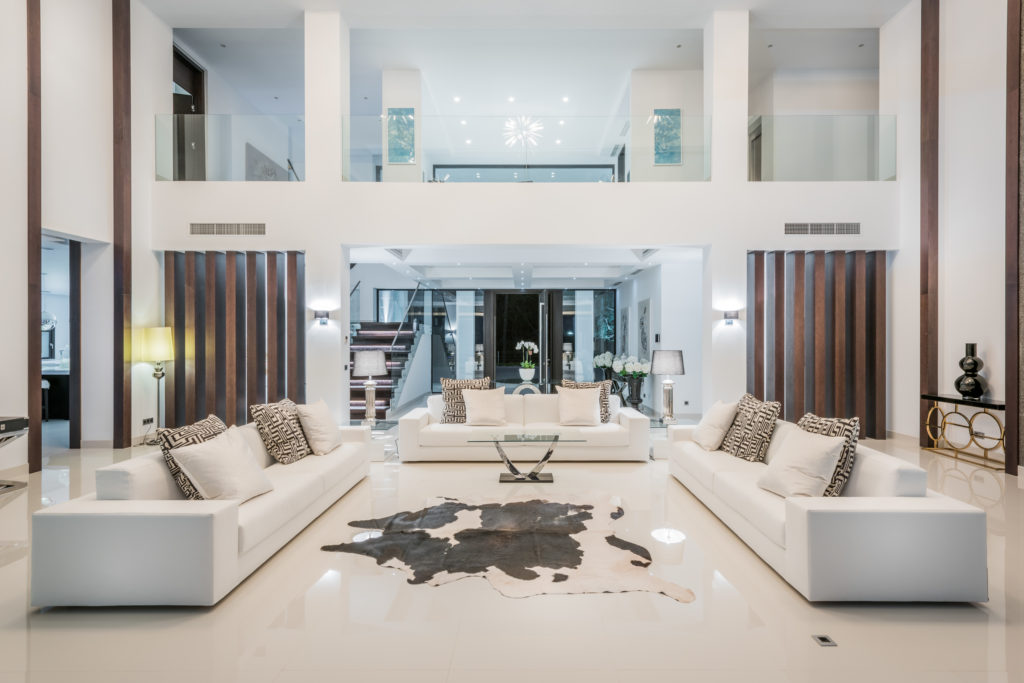 The growth of a super category

Properties in the price segment above €20 million have become increasingly noteworthy, offering a level of style, technology and sumptuous luxury that matches the best available anywhere in the world. Long gone are the days when Costa del Sol homebuyers were satisfied with quaint Mediterranean homes built the traditional way—today’s Marbella villas (and apartments) offer the very best of home-automated luxury, internationally sourced quality materials and brands, as well as amenities that include private spas, cinemas, entertainment areas and rooftop lounge bars, amongst others.

Besides the overall strength of the luxury market and the gradual rise to prominence of the so-called “super category”, the main trend for 2018 is a growing diversification of offer. The market is solid and is expected to continue so in 2018, but developers weary of an impending style fatigue are beginning to offer a more varied range of architectural styles and interiors built around a lifestyle concept. A recent phenomenon is a shift from home cinemas to broader entertainment areas in villas, and the inclusion of private jogging parks and kids’ clubs in luxury apartment complexes and gated villa communities.

With the overall economic indicators generally positive for the eurozone and Spain in particular, and accompanying buyer and investor/developer demand for the Costa del Sol strong, this growth cycle is expected to have some more years in it before a mild correction.

The Impacts and Challenges of Artificial Intelligence in Finance