Top Posts
Challenges Remain, But There Are Opportunities to Be Had in...
Interview with Mr. Olukayode Pitan, Chief Executive Officer and Managing...
Commodities Outlook for 2023
The Value of Cash in a Time of Crisis: How...
The US-Africa Leaders Summit: Fostering a Closer Relationship with the...
Three Key Sectors in Which to Invest in 2023
Home Life Arts & Travel Mercedes-AMG GT R Pro vs. Ferrari F8 Tributo: Different on the Surface but Alike on the Track
Life Arts & Travel 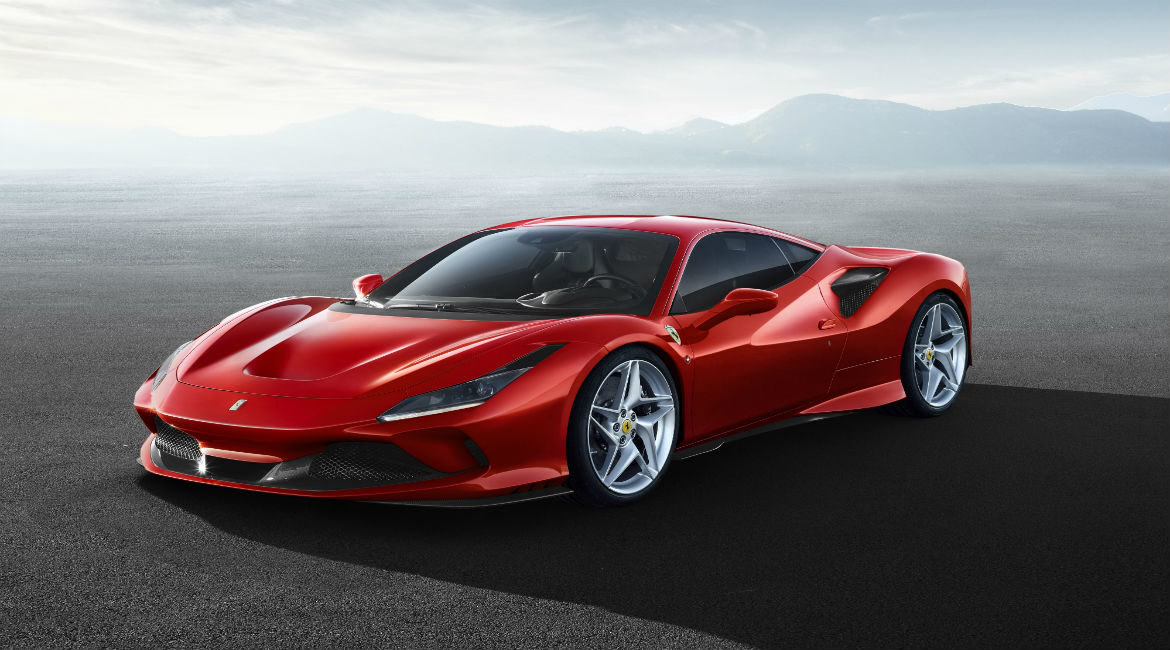 Only weeks before the AMG disclosed that it will transform all of its remaining rear-wheel-drive sports cars into all-wheel-drive monsters, the company uncovered the new Mercedes-AMG GT R Pro. It is the fiercest, scariest and most disturbing AMG GT yet—one capable of running the Nurburgring Nordschleife in seven minutes and 4.63 seconds. That’s tough!

But the Germans weren’t the only ones among the greats to reimagine and sharpen their halo car. Italians at Ferrari did the same with their 488 GTB, which was, rather smartly, transformed into a whole lot nicer Ferrari F8 Tributo. Slated in between the 488 GTB and the 488 Pista, Ferrari did with the F8 Tributo almost exactly what Mercedes-AMG did with the GT R Pro. The German, too, sits in between the hellish GT R and the upcoming ultimate brute—the GT R Black Series.

OK, I know that some of you will say that I am comparing apples and oranges with this one. And you are right—the F8 Tributo is a mid-engine supercar produced on a dedicated production line and offers the ultimate in terms of exclusivity and performance. On the other hand, the AMG GT R Pro, although exclusive thanks to limited production numbers, gets off the same production line as the E-Class or other plebian Mercs. And it does have a conventional “front engine/rear-wheel drive” layout.

So, why in hell do I compare them? 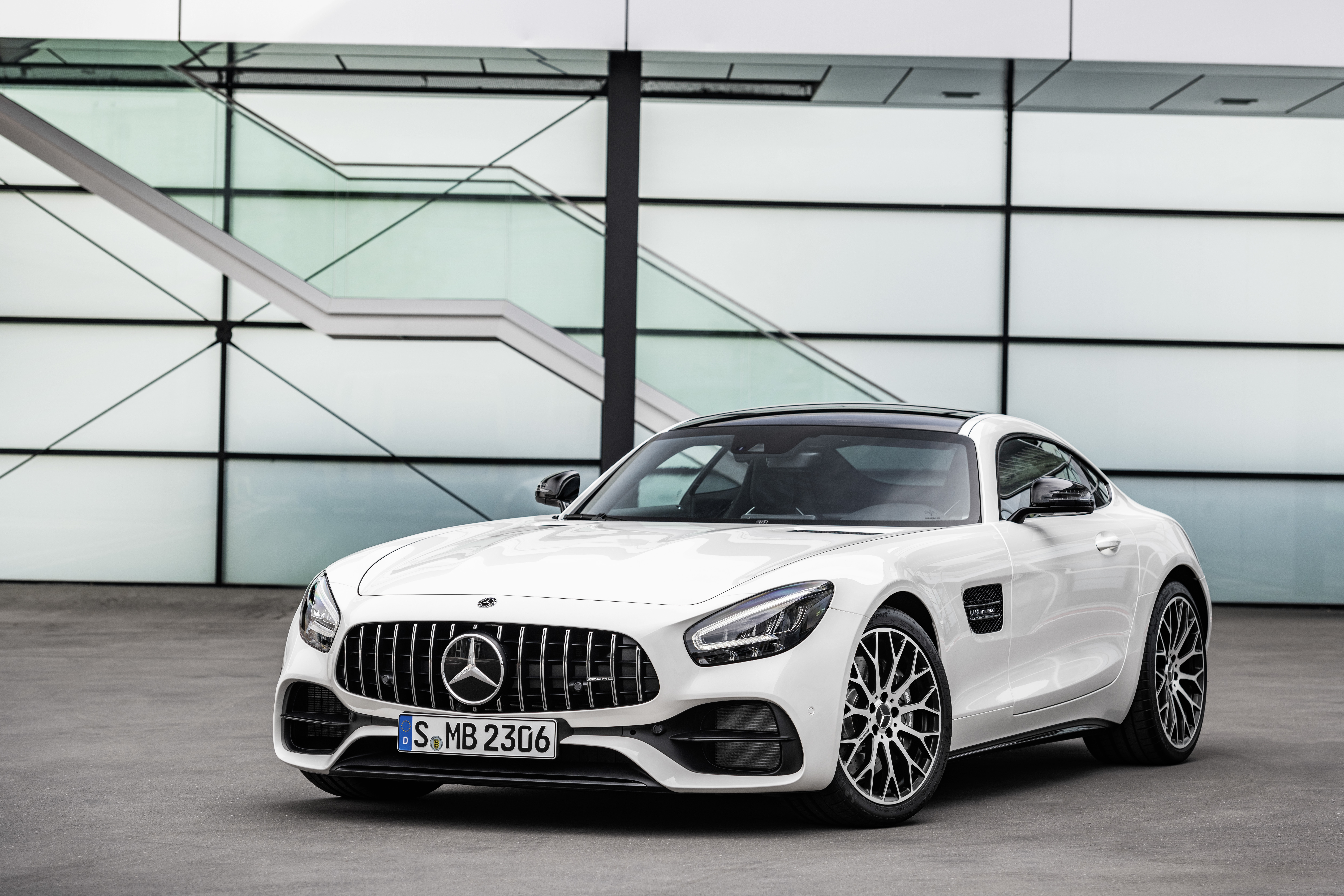 Well, the Mercedes-AMG GT R Pro lapped the Nurburgring, a driving Mecca, in seven minutes and 4.63 seconds. On the other hand, the Sport Auto publication from Germany took the Ferrari 488 GTB, the car on which the F8 Tributo is heavily based, to the ‘Ring and covered the same track in seven minutes and 21.63 seconds. While the F8 Tributo is faster, I am not convinced that it will lap the ‘Ring 18 seconds quicker than the 488 GTB.

How on earth can the cheaper AMG GT R Pro be quicker than the exclusive Ferrari F8 Tributo?

To give you some perspective about how different these two cars are, zoom through their specs:

But the specs can take you only that far. It is true that Mercedes-AMG did a masterful job of creating a racer capable of achieving such a monumental run at the Nurburgring. After all, the regular AMG GT S can do the deed in seven minutes and 35 seconds. Extremely quick, but the GT R Pro is freaking 30 seconds faster. Incredible.

To make the GT this fierce, Mercedes-AMG basically transformed it into a road-legal racing car. I am not joking; it comes as standard with the steel roll cage, four-point racing harnesses and a fire extinguisher (not in the United States and Canada, though).

This suggests the type of work done to the suspension. First of all, the GT R Pro has uniball spherical bearings at all points where wishbones link to the wheels. These bearings—thanks to their durability, design and strength—ensure a constant toe-in and camber regardless of the driving conditions. Along with the adjustable carbon-fiber torsion bar and the racecar-sourced adjustable springs and dampers, the spherical-bearing design is a crucial change over the GT R.

In line with the motorsport-sourced suspension hardware, AMG took inspiration from the AMG GT3 and the AMG GT4 racecars to “hype up” the aerodynamics and lower the overall weight. Expectedly, carbon-fiber elements such as new aprons, winglets and an underbody panel considerably reduce the weight. Furthermore, standard carbon-ceramic brakes save a bit more for the complete racetrack focus. All of these measures transformed the GT R into a Nurburgring-dominating beast without increasing the power output of the 4.0-liter V-8. That’s quite impressive.

The Ferrari, on the other hand, did not take the civilian qualities away from the new F8 Tributo to make it better and fierce enough to compete with the likes of the McLaren 720S. Instead, Ferrari focused on giving us a wholly unique experience packed in a far more appealing package. Yes, this sounds a lot like something you would read in a press release, but get this:

As you can see, Ferrari did not exclusively focus the F8 Tributo’s talents on the track. It did inherit some features from the monstrous 488 Pista, but the F8 Tributo is also comfortable and pleasant in some strange Ferrari way.

Mercedes-AMG basically made a racing car of its GT R to make it do incredible feats at the Green Hell. Ferrari, on the other hand, introduced several solutions to appeal to “common” drivers, in the meantime giving the Tributo incredible speed and performance.

I started with the comparison, and I will finish with it. The difference between these two cars is as follows:

If you, as an average driver who recently won the lottery or sold a ton of bitcoin, want to lap the Nurburgring in less than eight minutes (an insanely hard feat), you will do it feeling more relaxed driving the Ferrari F8 Tributo than driving the Mercedes-AMG GT R Pro. That’s the main difference between the two.

There’s a difference between sport auto lap time and manufacturers lap time. I’m pretty Sure they’d have similar times if was recorded by 3rd parties