Top Posts
Eurozone Inflation Soars to a Record 8.6 Percent in June
Why Fintech Has a Role to Play in the Cost-of-Living...
Global Military Spending Hits a Record High
Could Big Tech’s Iron Grip on Digital Advertising Soon Come...
Can Recent Oil Discoveries Prove to be a Boon for...
Is It Time to Explore an Alternative to Fractional-Reserve Banking?
Home Life Arts & Travel Stunning Michelin-Starred Restaurants in World’s Top Luxury Hotels
Life Arts & Travel 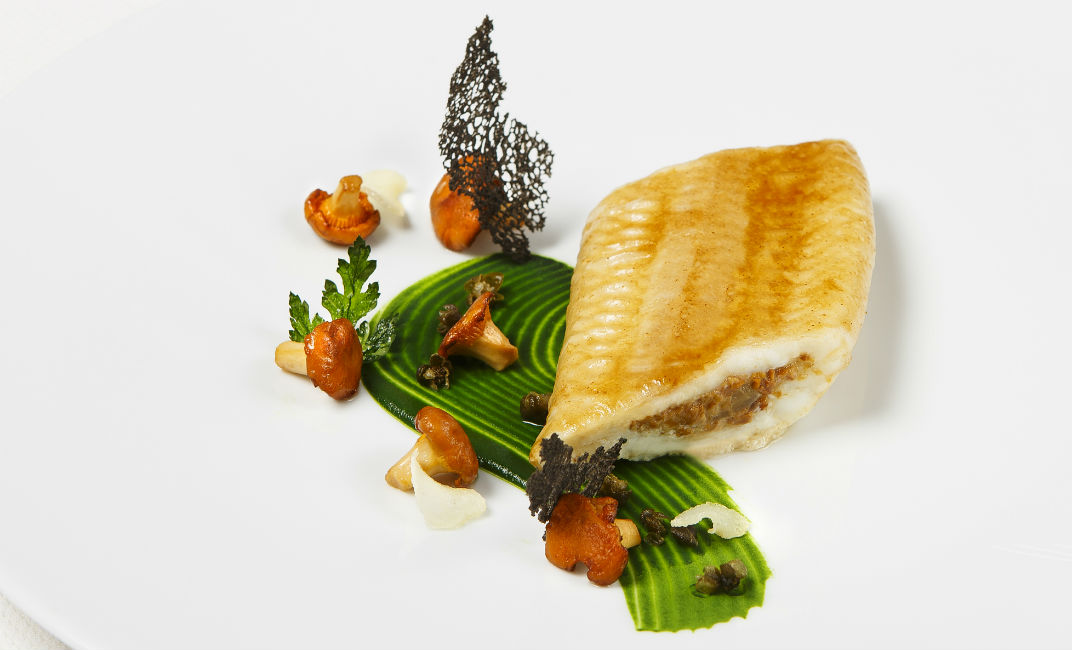 Wake up your palate and be inspired by exquisite and mouth-watering dishes that set the bar in haute cuisine. Today’s generation of talented chefs are marching off to their own beats and into luxury-hotel restaurants that invite discerning guests to enjoy a stay in the opulent accommodations and have a dining experience unlike any other. The result is an unforgettable feast for all the senses—nourishing the mind and body, inspiring it with highly acclaimed dishes in world-renowned Michelin-starred restaurants all over the globe. 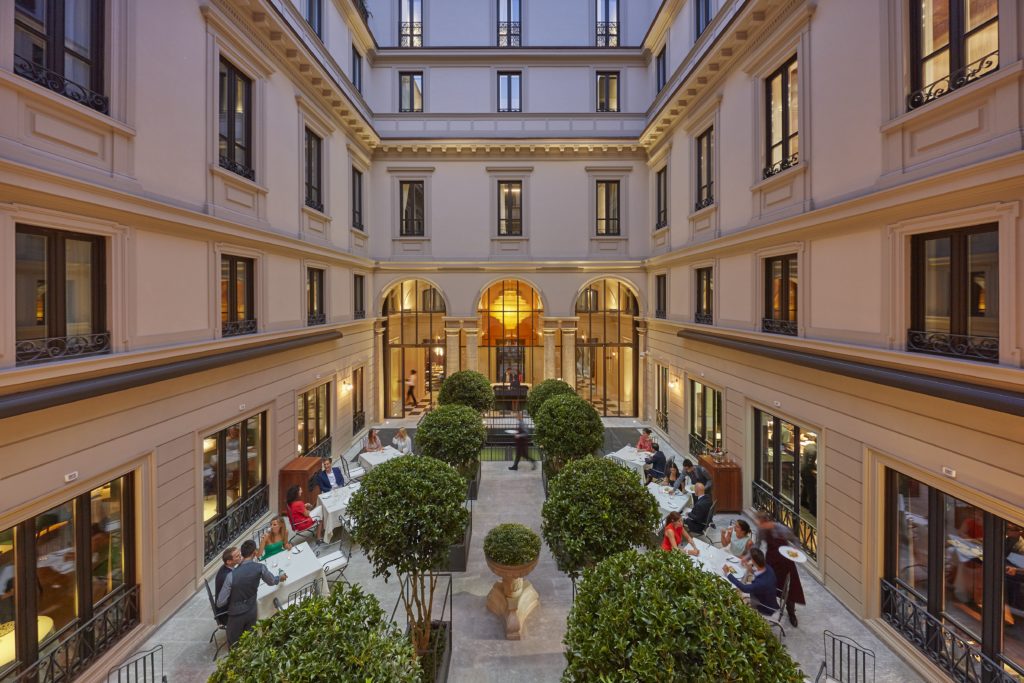 After its much-anticipated opening in 2015, Mandarin Oriental continues to wow guests, but perhaps the heart of this property is its two-Michelin-starred restaurant, Seta. The discreet hotel entrance opens to four reimagined 18th-century buildings that house 104 elegant, superbly appointed rooms and suites. Aside from the easy access to the best, most fashionable boutiques, what draws people to this exquisite luxury hotel is the dining delights offered by Seta.

Seta provides the perfect setting for discerning diners, who are also looking for luxury accommodations in the middle of Milan. Headed by Executive Chef Antonio Guida of Tuscany’s legendary Il Pellicano Hotel, Seta offers a menu of traditional Italian and Milanese dishes that are approached with unique, contemporary techniques that only Chef Guida can deliver.

Highly acclaimed for his use of fresh and vibrant ingredients, Guida’s dishes can truly inspire. From the tasting menu to the hundreds of expertly picked wine pairings down to the final exquisite pastry selection, guests are taken through a journey of historical and contemporary influences that mark Guida’s creations—and yet feel right at home in the heart of Mandarin Oriental Milan. 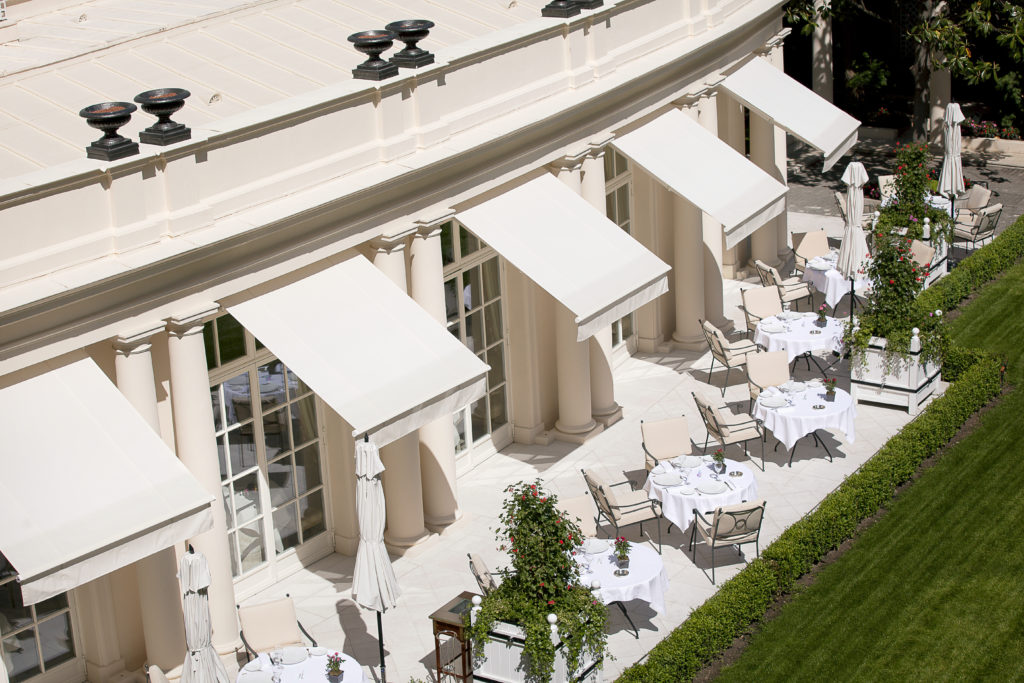 For a spectacular experience that is in itself a work of art, Le Bristol in Paris, France, is indeed worth travelling to—not just for the place, but most importantly for the food. From the hotel’s classically elegant hallways and rooms adorned with Louis XV furniture to the warm and hospitable service, any discriminating traveler would find this hotel exceeding all expectations.

However, what draws people to Le Bristol is not so much the hotel but its gem, Epicure. While the city of Paris can offer all there is that would satiate any food-lover’s dreams, Epicure takes French cuisine to the next level—and its three Michelin stars are proof of that. In fact, this legendary restaurant has been voted the Best Hotel Restaurant in the World multiple times by Saveurs Magazine, The Daily Meal and the World Luxury Hotel Award.

From its exceptional seven-course tasting menu and the wine pairings created by France’s top sommeliers, the dining experience offered by Epicure is unlike any other. This is thanks to Le Bristol’s Head Chef Eric Frechon. Chef Frechon prepares a symphony of dishes such as the Black Truffle-stuffed Macaroni, the very French yet refreshing Oscietra Caviar, delectable Veal Sweetbreads and the utterly Priceless Nyangbo Chocolate. Every dish is expertly and thoughtfully prepared, not just to satiate the appetite but also to inspire and leave a memorable impression for every guest.

One of Germany’s most picturesque luxury hotels, Althoff Seehotel Überfahrt sits along the banks of the tranquil Tegernsee Lake. This luxury-resort destination offers world-renowned indulgence from all fronts: the lobby, the halls, the rooms, the spa and, of course, the dining table.

Pleasure seekers with discriminating tastes and palates from around the world flock to Althoff Seehotel to enjoy the nature resort as well as to experience the best in German cuisine in Restaurant Überfahrt.

Überfahrt, awarded as Europe’s Best Hotel Restaurant, has three Michelin stars, a testament to the creative and inspired talent of Chef Christian Jürgens. It is indeed a restaurant worth travelling far and wide for. Unique Alpine gourmet leaves guests spoiled as they sample the delectable dishes, wines and desserts while being surrounded by a picture-perfect scene of the Bavarian landscape—truly a piece of heaven on earth.

With its kitchen consisting of 20 highly skilled chefs, you can expect nothing short of the unexpected. The three-star menu transforms locally sourced products into works of art for the appetite. Rustic cuisine is prepared with sophistication, as well-loved regional recipes are brought to the international culinary stage. The Foie Gras Printemps is cooked to perfection, a perfect appetizer to start off the seven-course menu. Meanwhile, the venison in Waldmannsheil is a must-try for its well-balanced and nuanced flavors punctuated by its lingonberry and pepper sauce. Chef Jürgens also injects his menu with a little something from his childhood: his grandma’s raspberry pie, a perfect dessert to cap off this memorable delight. 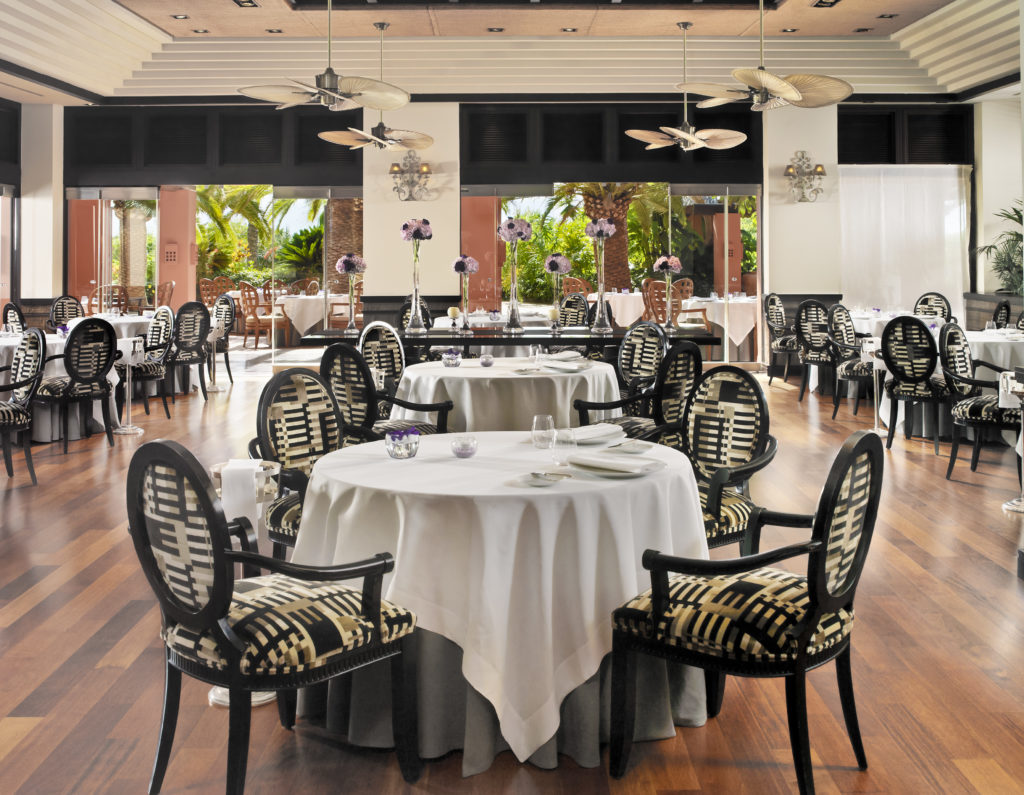 Lovers of pleasure and gustatory delights may travel around the world, but nothing can compare to the beauty of the spectacular island of Tenerife. The largest island of the seven Canary Islands off the southwestern part of Spain in the Atlantic Ocean, Tenerife leads the islands when it comes to luxury accommodation and superlative dining—thanks to Ritz-Carlton Abama.

An exotic, luxury five-star destination for the well-heeled, Ritz-Carlton Abama, Tenerife, borrows Moroccan touches and combines it with Spanish and classic influences. This creates an extravagant architecture and sophisticated design atop Abama’s highest cliff and overlooking the pristine waters of the Atlantic.

Ritz-Carlton’s bold opulence can be seen throughout the hotel, but perhaps the true measure of its richness and quality can be seen among its amazing restaurants, at the helm of which is the two-Michelin-starred MB.

MB, under the supervision of prominent Basque chef and restaurateur Martin Berasategui, showcases the best of Spanish and Basque cuisine with unique creativity and exquisite presentation. His inventive preparations and approaches to traditional Spanish recipes make him a household name throughout Spain. However, it is in MB in Tenerife that he pours out his ideas and passion on every dish—thus putting Abama, Tenerife, on the culinary world map.

Created not just to fill but also to inspire, these Michelin-starred restaurants redefine hotel dining and traveling. Whereas once well-heeled and celebrity travelers sought luxury accommodations amidst beautiful landscapes and lush designer interiors, today’s discerning pleasure-seekers are carving out their own expeditions. This time, they are guided by their appetites for the best of the best in luxury culinary journeys.