The Dubai Property Market in 2020 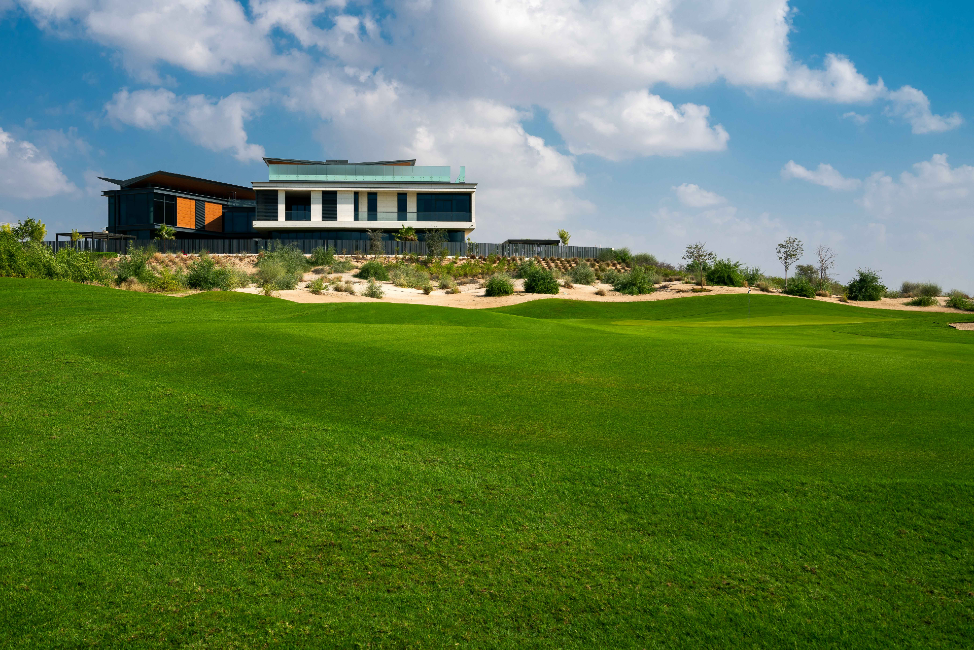 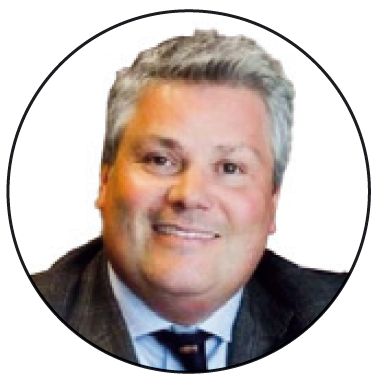 How does one define the year 2020? It was a year of unprecedented events and incredible challenges. Within the span of a few months, the collective mood around the world changed from cheerful optimism to one that was much more sombre. The spread of what seemed to be a minor flu at first led to the entire planet shutting down—it’s doubtful anyone will forget the stark images of empty city streets and barren skies anytime soon. For Dubai, a city that thrived on a near-constant state of movement, this prolonged stillness could have been a deathblow. Hospitality, tourism and retail were the biggest industries impacted by this state of events, of course, but the real-estate industry felt the sting quite sharply as well. After what had been a sluggish decade, Dubai real estate was finding its feet again in 2019, and the outlook for 2020 was sunny. That all changed in March when a citywide lockdown blanketed the future in a dark cloud of uncertainty.

Dubai, however, is resilient. It weathered the financial upheaval of 2008, and the COVID-19 pandemic could not hold the city back, either. Thanks to the United Arab Emirates (UAE) government’s swift and decisive actions in managing the pandemic, the lockdown lasted barely a month, and Dubai was open for business again before the end of the summer.

It had been predicted that the economy, and consequently the real-estate market, would gradually recover from the shocking depths it had hit earlier in the year. But in a remarkable turn, recovery proved to take on more of a V than a U shape, with real-estate transactions coming back up to 2019 levels within the span of two months. This ramp-up in activity continued throughout the second half of the year. In November, a nearly seven-year record was shattered as the month saw the completion of 3,928 transactions worth AED 7.65 billion (GBP 1.52 billion). December followed suit with 3,751 transactions worth AED 7.5 billion (GBP 1.49 billion), with a 9.7-percent increase in secondary-market transactions from the previous month. In total, there were 35,434 transactions worth AED 72.49 billion (GBP 14.45 billion) over the course of the year, the vast majority of which transpired during the fourth quarter.

People changed their behaviours and routines as a result of the pandemic, which is reflected in the home-buying and renting trends that we have seen over the past nine months. Whereas once someone may have bought a home purely for its aesthetic appeal or proximity to lifestyle attractions, buyers are now taking a forensic approach to their searches. The quality of life that a house can offer is key, and the old adage that “your house is your castle” has never been truer than it is today. 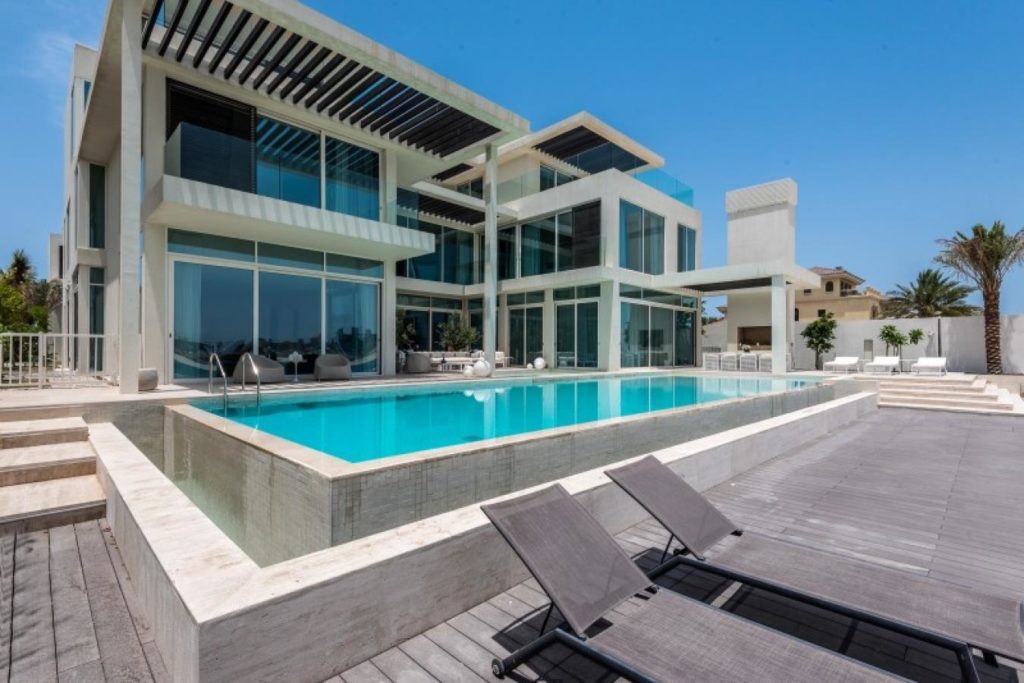 Summer is typically seen as a quiet period in the real-estate market, with most residents going on vacation, and transactions are few and far between. Not so in 2020—while Dubai’s borders were slowly opening back up, there was a widespread reluctance to travel in the short term. This ended up being a major boon for the real-estate market, as grounded residents sought to plan for the future. Demand was at an incredible high—there was a 600-percent increase in the demand for villas year-on-year—and we had to expand our brokerage team to keep up with the volume of sales and rental enquiries coming through. 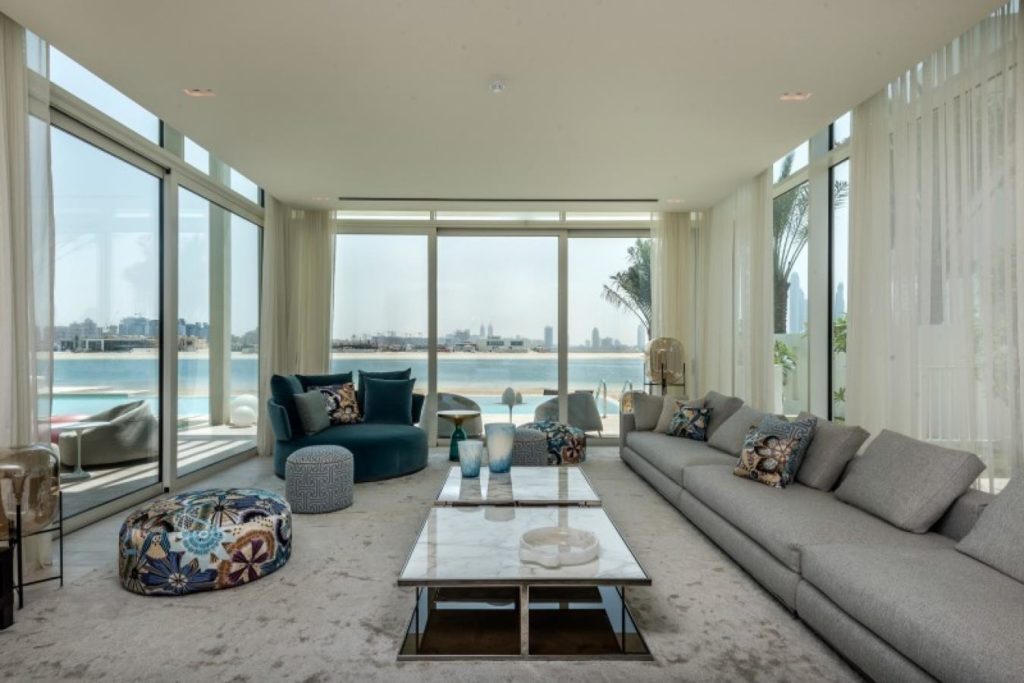 Over this period, one thing became clear: bigger was indeed better for our clients. There was a focused shift from smaller to larger apartments and from apartments to villas. Space was perhaps one of the biggest luxuries that people coveted during the lockdown. After all, if you are going to be staying at home indefinitely, you want to make sure that everyone has enough breathing room. Privacy and security were also huge factors, at a time when being around unfamiliar people could literally be a health hazard.

The concept of affordable luxury is not new to Dubai, but we saw a surge in demand this past year like never before. Homebuyers and particularly tenants were on the lookout for homes that offered a higher quality of life without having to break the bank, and several communities across Dubai ticked those boxes easily. Dubai Hills Estate, Damac Hills, Arabian Ranches and Town Square proved to be among the most popular areas this past year.

For many, remote working was the norm in 2020, and it is expected to become a permanent aspect of the current work culture. Consequently, homebuyers and tenants are in the market for options that are packed with amenities. It goes without saying that a home office is at the top of everyone’s list—it could be the only office for some people in the future, and it needs to be a comfortable and functional space. In a similar vein, parents are seeking homes that can accommodate remote-learning setups, whether that takes the form of larger bedrooms for children or separate study rooms. 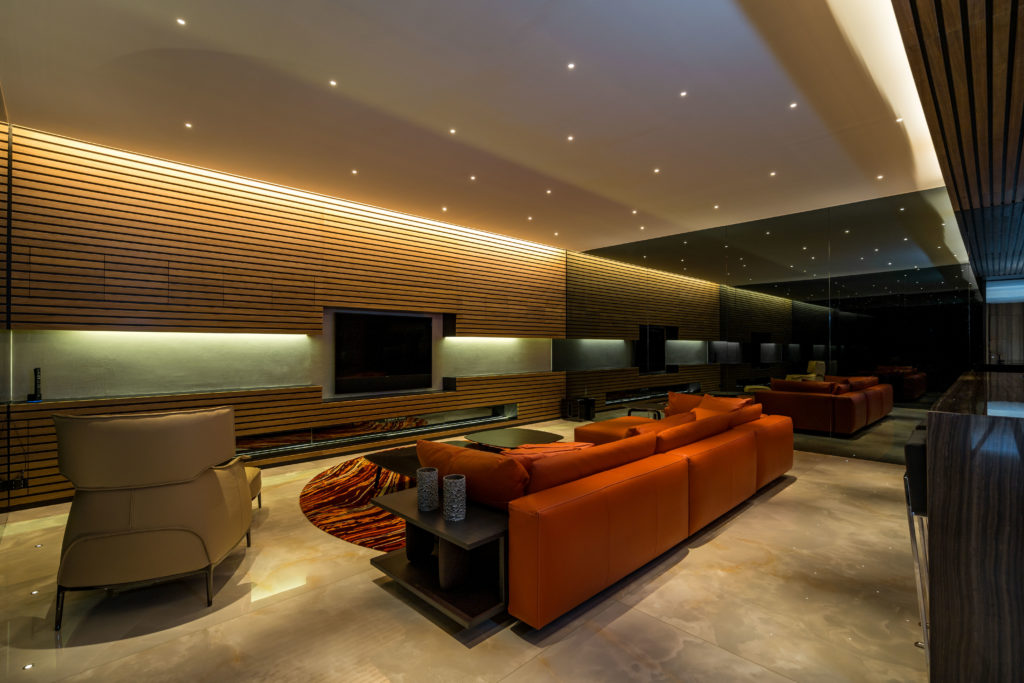 Home gyms and home cinemas are also highly in demand. Villas (or apartment complexes) that provide a complete wellness setup—gym, steam room, sauna—are a much more attractive prospect for new homeowners who don’t want to risk sharing equipment in a public gym. And the concept of a night out at the movies may be well behind us. The rise of the streaming era has dovetailed with the pandemic to make home theatres a very prime amenity. What could be more convenient than enjoying a movie in the comfort of a private screening room along with a big tub of popcorn, then heading to bed directly afterward? 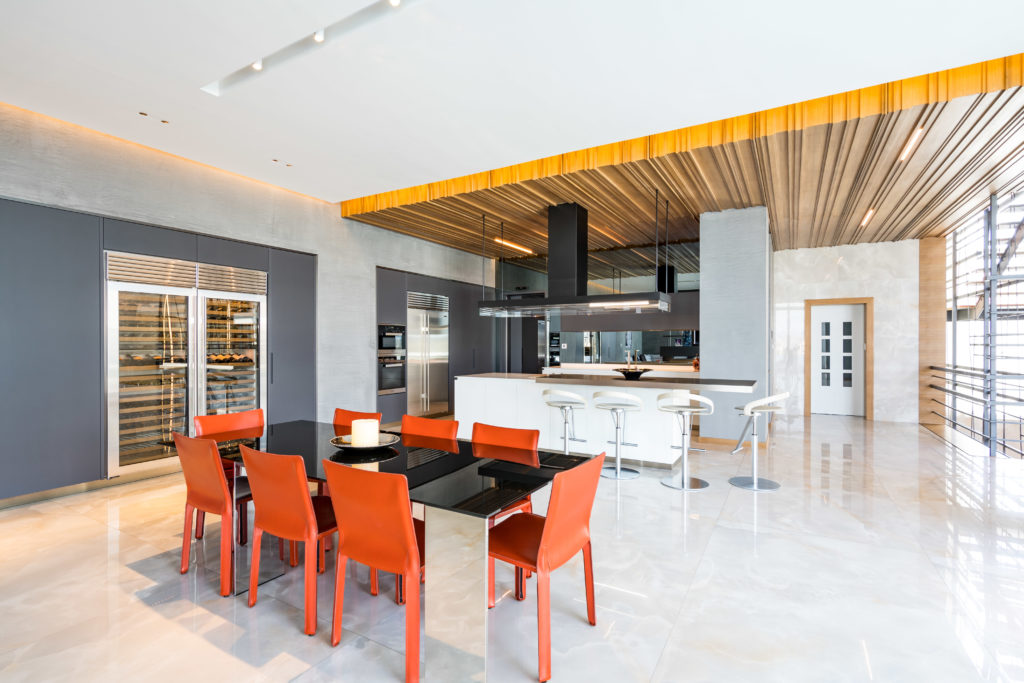 Bespoke kitchens are another home-design feature at which our clients are looking closely. Eating out has become more of a luxury than it ever was, as a large number of people discovered (or rediscovered, as the case may be) their culinary skills and want to continue whipping up homemade meals. Indeed, Mary Berry has nothing on today’s home baker!

The high-end rental market, which was chugging along at a fairly steady pace in 2019, really picked up steam after the lockdown in 2020. Tenants had the same key driver as buyers: space. I would say that the majority of rental enquiries that came in last year were for units that offered three bedrooms at the very least. And it would appear that there is no monetary limit for rentals, as prospective tenants are willing to pay phenomenal sums for just the right home. As an example, a beachfront villa on Palm Jumeirah was rented out for a monthly price of AED 2 million (GBP 400,000).

The end of 2020 brought about quite a few surprises, some good and some bad. On the one hand, more contagious strains of the infection caused chaos throughout Europe and the Americas. But at the same time, multiple COVID-19 vaccines were approved and began to be distributed, bringing a small sliver of hope to the world. Presently, the UAE has the second-highest vaccination rate globally and is on track to vaccinate the entire population by late spring.

Furthermore, several government initiatives were announced last year with an aim to improve investor confidence. Key among them are new legislative changes to how personal assets will be distributed after divorce, revisions to inheritance laws, the ability for locally operated companies to have 100-percent foreign ownership, the Abraham Accords (which have already brought in strong interest from Israeli investors) and most recently, citizenship for residents who fulfill certain criteria. The resulting outlook is one of cautious optimism, with the economy expected to grow by as much as 4 percent if the pandemic can be brought fully under control. The real-estate market is still moving at a manic pace—we have recently sold two units in the very high-profile One Palm project—and we look forward to more record-breaking months in the year ahead.

ABOUT THE AUTHOR
Jason Hayes is the Founder and CEO of LuxuryProperty.com. Headquartered in Dubai, LuxuryProperty.com lists an exclusive portfolio of more than $6 billion of on-and off-market properties across the globe and specializes in delivering exceptional private-client advisory services.
Back To Top
Arts & TravelDubaiDubai Residential MarketJason HayesLifeLuxury Property MarketLuxuryProperty.comUnited Arab Emirates (UAE)
1 comment 0 FacebookTwitterPinterestEmail
previous post

Four Questions that Will Shape 2021 and Beyond

For Business or Pleasure, Why Private Jet Charters Are Riding High in 2021

I am interested in an investment project in Italy