Top Posts
Challenges Remain, But There Are Opportunities to Be Had in...
Interview with Mr. Olukayode Pitan, Chief Executive Officer and Managing...
Commodities Outlook for 2023
The Value of Cash in a Time of Crisis: How...
The US-Africa Leaders Summit: Fostering a Closer Relationship with the...
Three Key Sectors in Which to Invest in 2023
Home Life Arts & Travel The Kinetic European Saloon Competition Continues: the BMW M3 G80 Versus Alfa Romeo Giulia Quadrifoglio
Life Arts & Travel 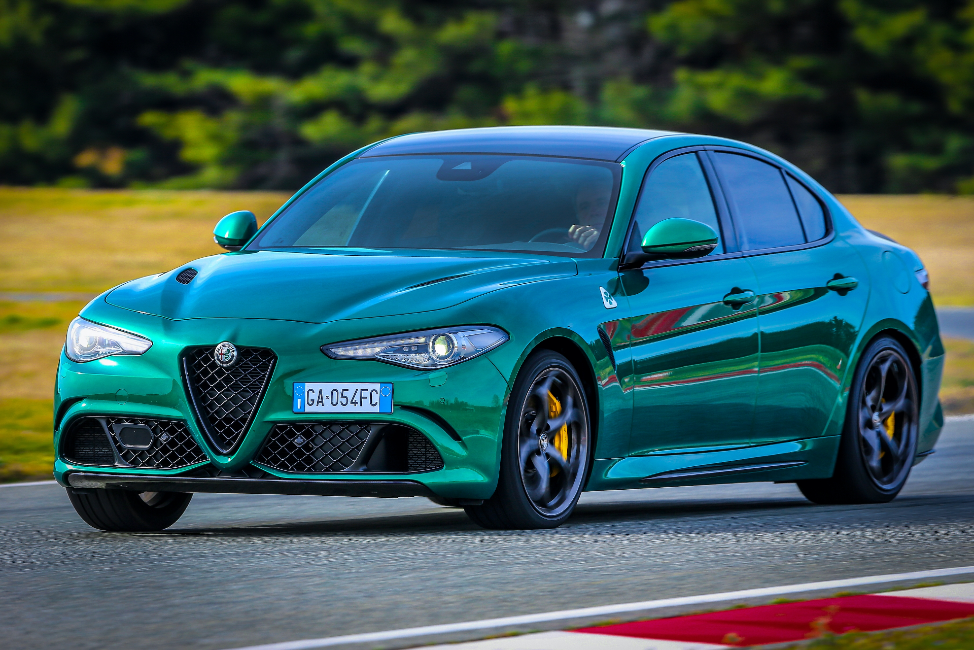 The world of high-performance saloons is an immensely interesting place. Here we have a compact executive sedan that only looks like a standard model; it does, in fact, turn into a blisteringly fast machine with almost race-spec suspension and an incredibly powerful engine with the right driver. Add unique exterior details, color and option choices, and you have a proper racing driver’s car masked as a family sedan. These masterpieces can accommodate four people, take them to the mall and act as their daily transportation. However, when you escalate them into “sport” mode and hit the accelerator pedal, those ordinary saloons are transformed into world-class performance machines, ready to win any stoplight drag race or break the Nürburgring lap record.

For years, cars such as Mercedes C63 AMG, Audi S4 and BMW M3 (sedan version) were the benchmark models of this segment. Then, in 2016, Alfa Romeo presented the insane Giulia Quadrifoglio, which managed to break many records and became the most powerful and best performance sedan in the world. Needless to say, the German metal calvary found this unacceptable, and as soon as the brand-new BMW M3 G80 was introduced, the two cars were pitted against each other.

So, let’s see where you should be looking if you want such a car: in Italy or Germany. 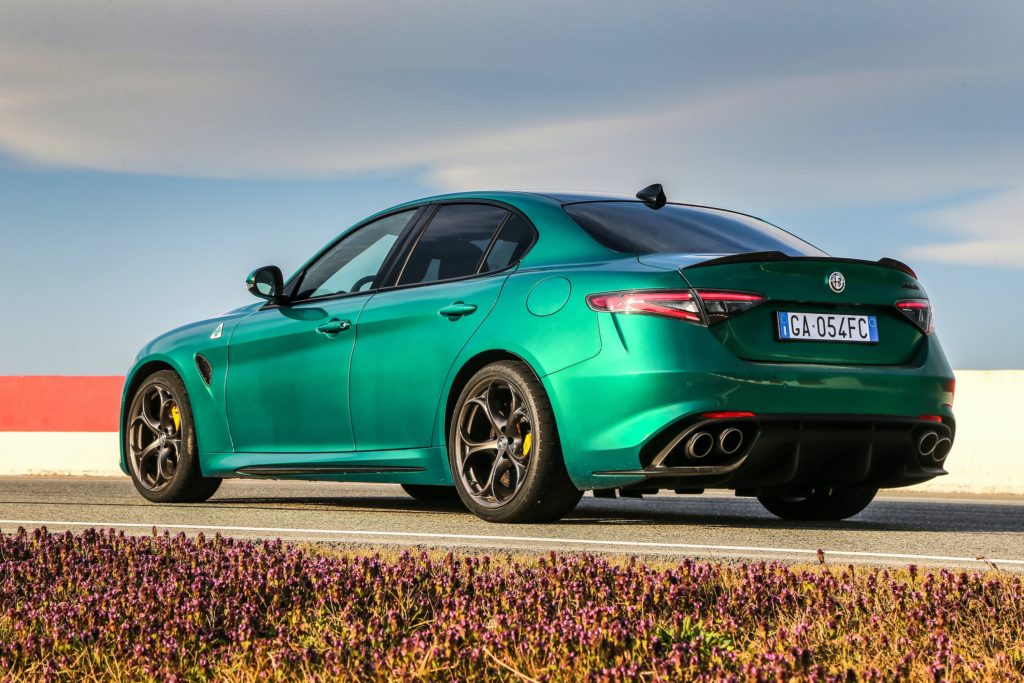 The Alfa Romeo Giulia Quadrifoglio is probably the closest thing you can get to owning a Ferrari four-door—and not just because it is Italian and part of the same conglomerate that owns the famous sports-car brand from Modena, Italy. It has a unique 2.9-liter, turbocharged V6 engine, which is suspiciously similar to the V8 engine Ferrari uses in California as well as in some other models. Alfa’s engineers claim that this is their engine, but in reality, it is a Ferrari unit with two cylinders chopped off. However, this is not a bad thing—quite the contrary. With 505 horsepower (hp) and 600 Newton metres (Nm) of torque, it is extremely powerful. The eight-speed automatic transmission is the only choice, and the power is sent to the rear wheels. There is no manual option or all-wheel-drive version. 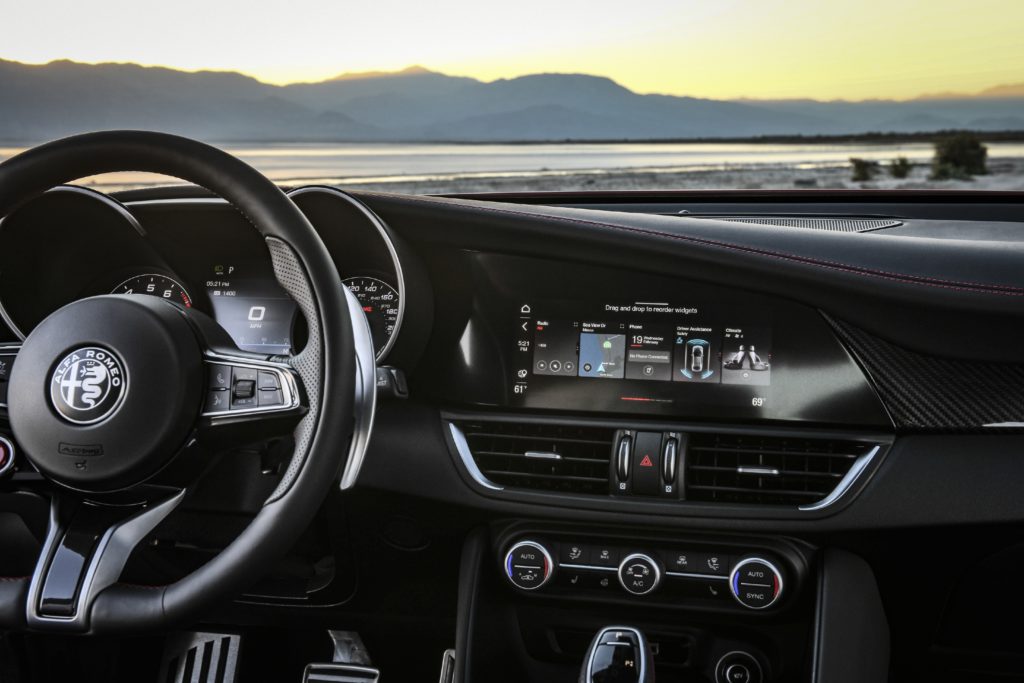 The decision to keep the Giulia Quadrifoglio model rear-wheel-drive (RWD)-only and use carbon fibre for some body panels resulted in a relatively low weight of 1,524 kilograms (kg). Less bulk always means improved driving dynamics, which, in Alfa’s case, resulted in the Nürburgring lap record for four-door models—a very respectable showing. The 0 to 60 mile-per-hour (mph) sprint took just 3.9 seconds, and this Italian athlete was able to top 191 mph with ease. However, despite the impressive numbers, the true worth of the Giulia Quadrifoglio lies in how it drives, feels and looks. With assorted chasses, perfectly tuned suspension and performance-oriented interiors, this thoroughbred is unforgettable. When it was released, it easily managed to beat all of its competitors, not just in acceleration and top speeds but also in the beauty contest. The Giulia Quadrifoglio is considered one of the best-looking sedans currently on sale and a true testament to legendary Italian design. The current price for the standard version is $79,000. 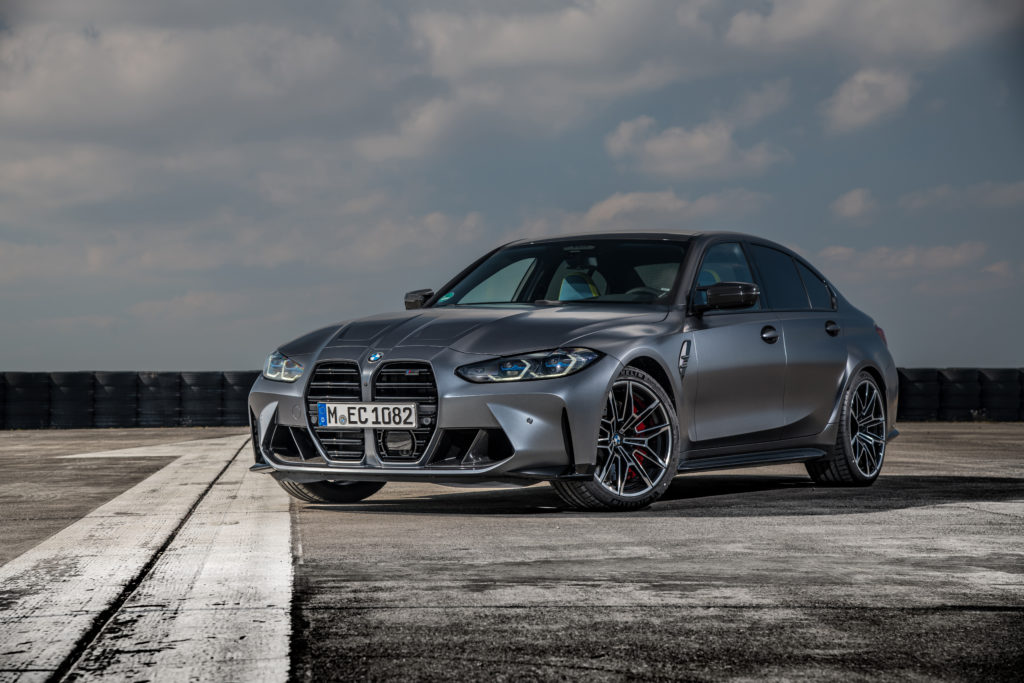 The 2021 BMW M3 G80 is a very controversial car for several reasons. First, of course, is the design, and car enthusiasts all over the globe still cannot get over that massive front grille. Whether you like it or not, you cannot argue that the car doesn’t look unique and recognizable. Second is the drive-train layout, and the G80 generation M3 (and M4) are the first M3s that can be ordered with all-wheel-drive, which is known to upset the M Division purists. However, despite attacking the tradition, the xDrive brings so much to the M3 lineup in terms of stability and performance that we have to accept it. 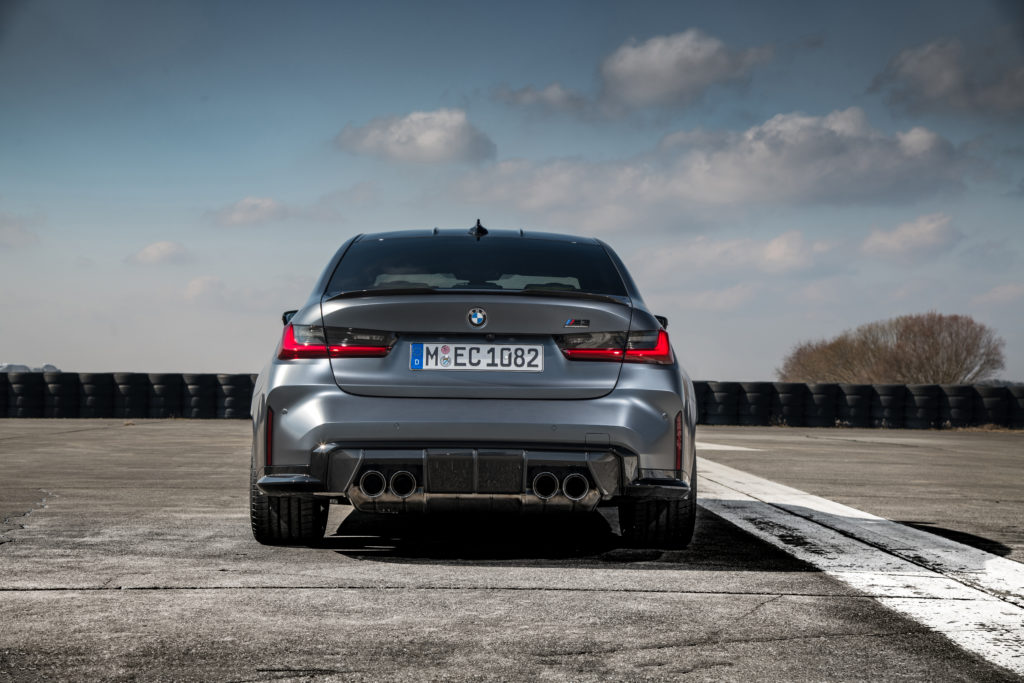 Using the standard G20 3-Series platform but unique suspension and body parts, the M3 G80 is powered by a turbocharged, 3.0-liter, straight-six S58 engine, which delivers 503 hp and 650 Nm of torque. The base M3 model has a 480-hp rating and rear-wheel-drive, while the M3 Competition has a 503-hp rating and all-wheel-drive as standard. The standard model is delivered with a six-speed manual transmission, while the others in the lineup (M3 and M3 Competition) get the well-known ZF eight-speed automatic. 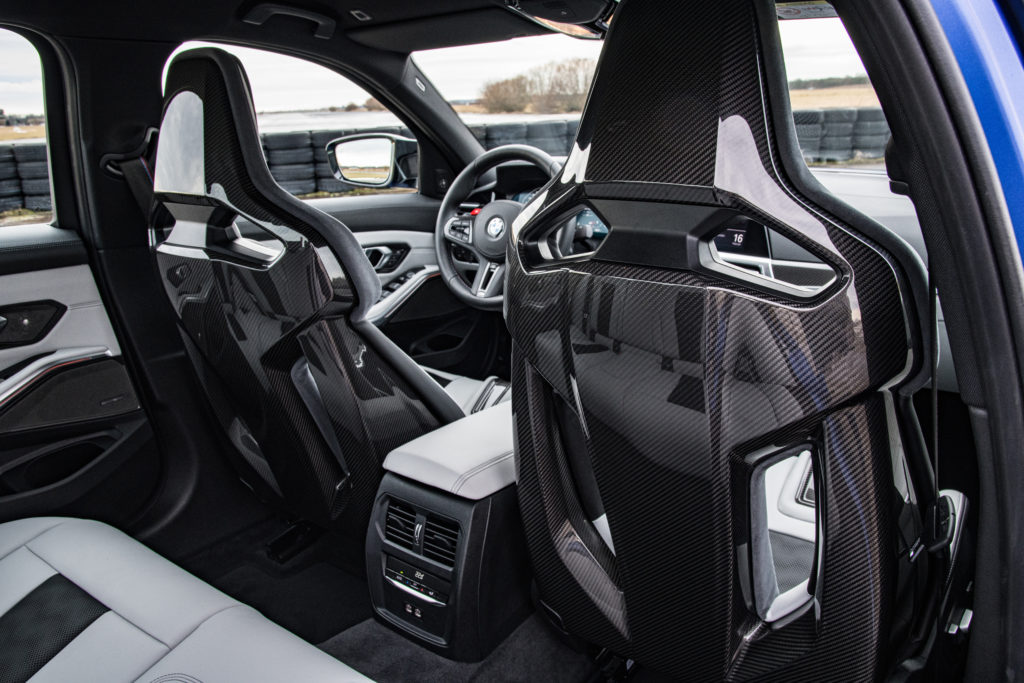 All that technology (along with luxury interior features) means that the M3 G80 is quite heavy for a performance sedan. Regardless of the version, the new M3 has a curb weight of more than 1,700 kg, making it almost 200 kilograms heavier than the Alfa. However, this doesn’t mean the Bavarian brute is slow, with 3.5 seconds to 60 mph for the RWD model and an even faster 3.2 seconds to 60 mph for the xDrive version. The M3 G80 is supercar fast. The top speed is electronically limited to 180 mph, which is more than enough. With the latest features, top quality materials and best technology BMW can offer, the M3 G80’s price starts at $74,000 without any options. However, if you want the Competition model, xDrive or other unique features, you can quickly go over $100,000, a significant sum for a compact executive sedan.

Even though the Alfa Romeo Giulia Quadrifoglio clearly takes the award as the more beautiful car, the BMW M3 G80 is the undisputed king of compact performance saloons. While we can call the Giulia Quadrifoglio a heroic achievement by Alfa’s engineers and an extremely accomplished car, its couple of years at the top of the segment has come to an end. BMW has returned to take the crown with its controversial but insanely fast and capable M3 G80. The M3’s advantage is not just in sheer numbers and its fantastic 0 to 60 mph times, but in its integration of an all-wheel-drive system as well as offering several versions. Later this year, the first-ever M3 station wagon will be released, further enhancing the appeal of this model. Alfa will remain the stylish choice and elegantly Italian, but if you are looking for a top performer in this segment, you will have to get a German Autobahn express.