The King of the Trail: Ford Bronco or Jeep Wrangler?

It might sound shocking, but there are more than 140 SUV (sport utility vehicle) models (all classes, makes and models) on sale right now. It is by far the most popular category of passenger vehicles. Just look out the window; the chances are that you will see dozens of them parked along the street. However, almost all modern SUVs—regardless of price, size or appearance—are useless off the road. Manufacturers know that their models will spend their lives on well-paved streets and shopping-mall parking lots, so they don’t bother fitting them with capable suspensions and off-road tires—and risk ruining their on-road manners. In fact, the majority of SUV models today are sold with only front-wheel drive, which makes them useless when the asphalt stops.

Fortunately, there are still a few dedicated off-road models that have stayed true to the all-terrain part of the SUV concept. Those vehicles combine modern technology with rigid structure, powerful engines and suspension designed to cope with mud, rocks, dust and snow. For years, the Jeep Wrangler was one of the models that never compromised to attract more buyers and stayed true to its legendary roots. In its fourth generation, introduced in 2018, it is better than ever, but a crosstown rival threatens to overthrow it from the off-road throne. That rival is the brand new 2021 Ford Bronco, one of Ford’s hottest premieres in years. Let’s see how these two icons of off-roading stack up against each other. 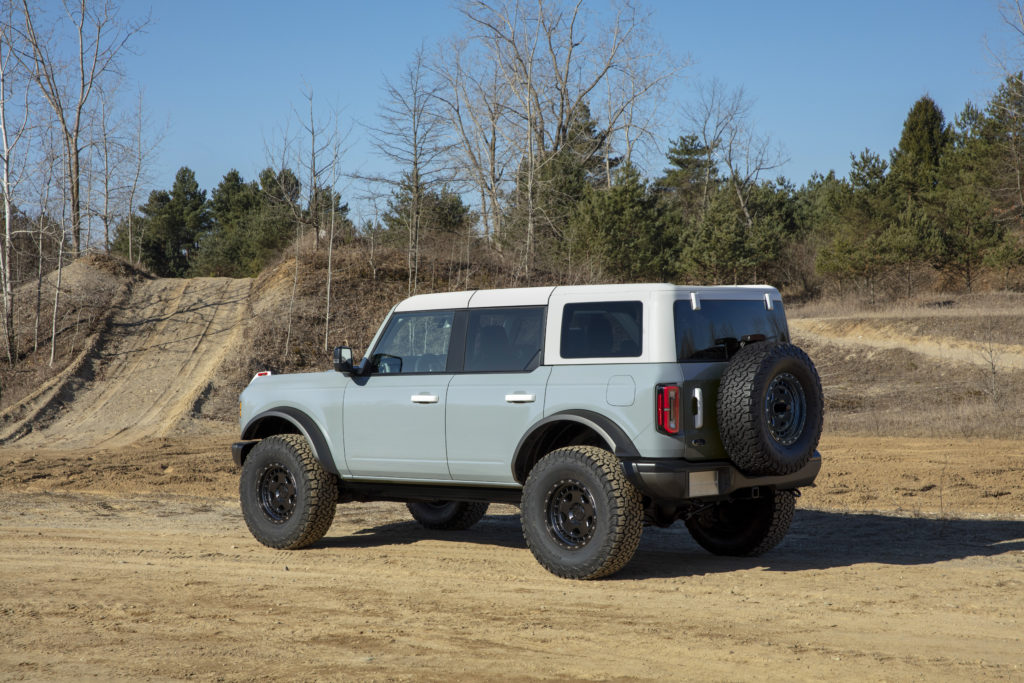 The original Ford Bronco was introduced in 1966 and sold in five distinctive generations. It was the epitome of the old-school off-roader with rugged mechanics, V8 engine, chrome grille and go-anywhere-do-anything swagger. Buyers loved it, but in 1996, the Bronco was discontinued and replaced with a more user-friendly Ford Explorer. After 25 years, lots of speculation and one well-received concept, Ford finally returned the Bronco to the market, and the off-road fans went wild over it. 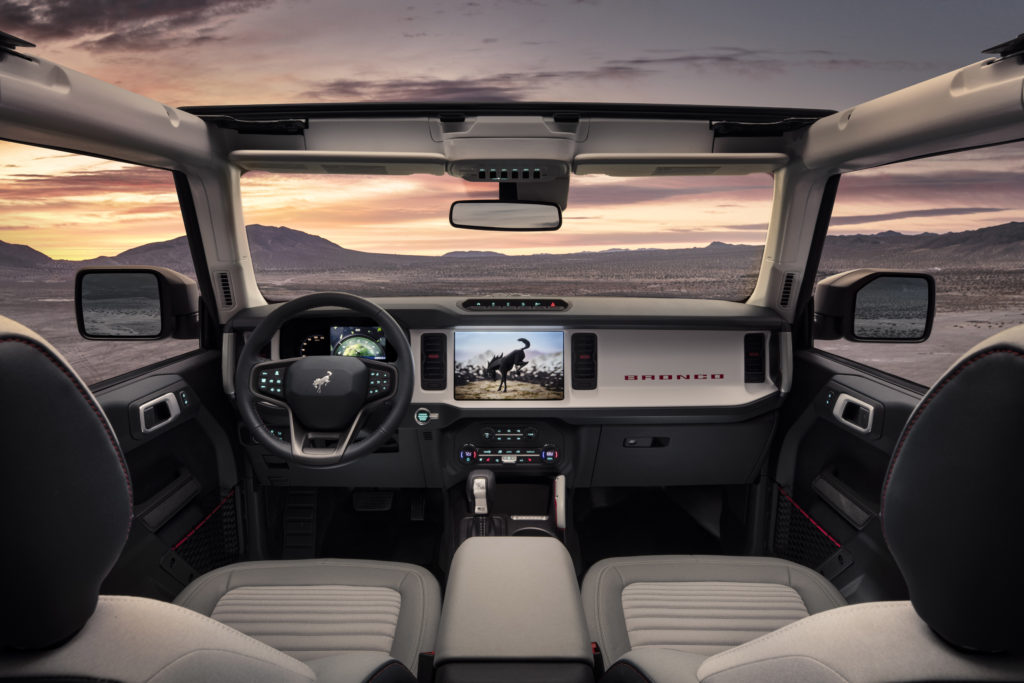 The new Bronco is a perfectly executed reincarnation of the classic 1966 to 1977 model. In one of the most successful cases of retro-futuristic styling, the Ford Bronco fantastically revives the stance, details and overall look of the classic model. However, that is just the beginning. Ford was dedicated to making this a true successor and invested heavily in brand new platform, suspension and drivetrain components to create the new Bronco: the king of the trail and better than its archrival, the Jeep Wrangler. 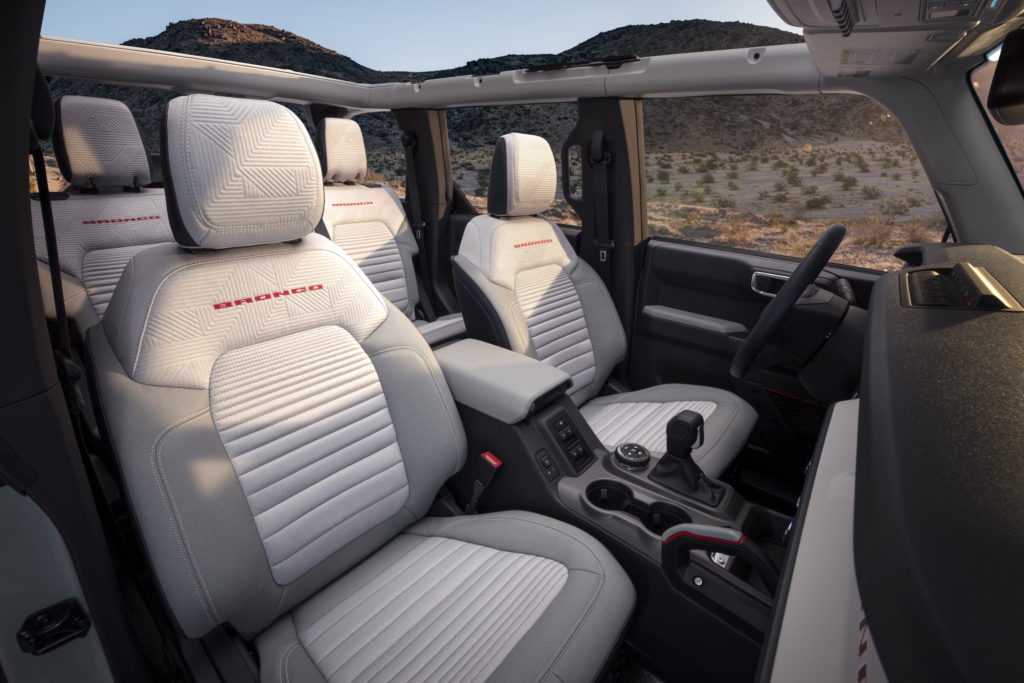 At the moment, Ford is offering two gasoline engines. The smaller four-cylinder turbo unit has a displacement of 2.3 liters and delivers 270 horsepower (hp). The bigger 2.7-liter turbocharged V6 has 310 hp, ensuring more than decent on- and off-road performance. There is a more powerful version called Warthog in the works, but it will probably be released as a 2023 model. Buyers have the choice of 10-speed automatic transmission or a 7-speed manual gearbox. The manual is a traditional 6-speed with special rock-crawling gear, which can be used for off-road driving or towing. 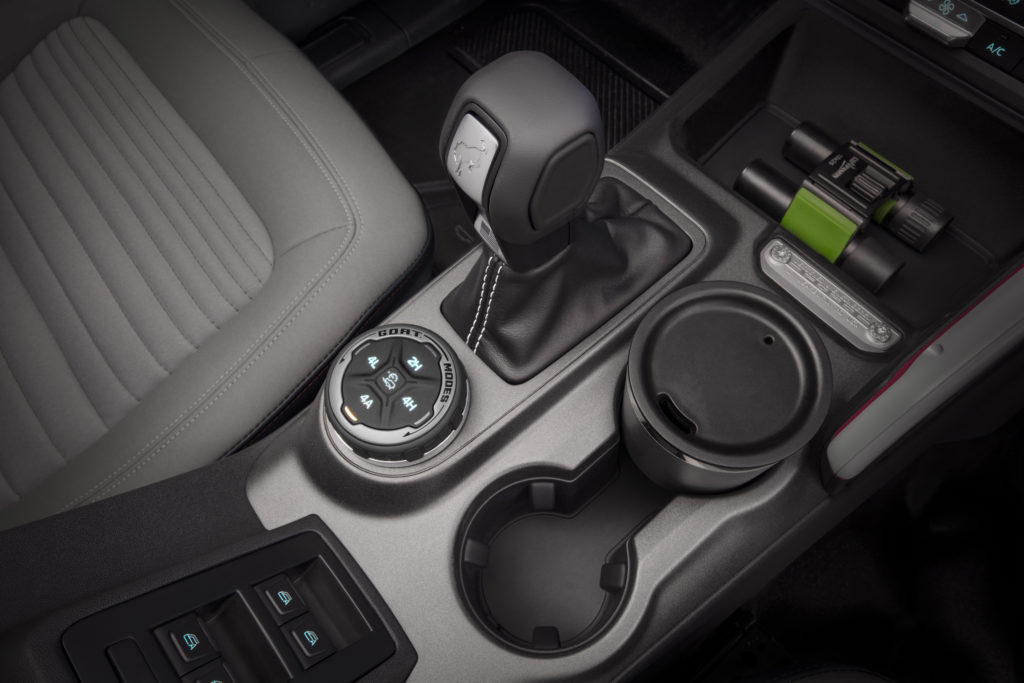 The 2021 Bronco is also offered as a two- or four-door model with removable body panels, making stripping and modifying easy. Ford spent a lot of time researching the market and aimed the new Bronco toward off-road drivers who like to get their vehicles dirty and use them to explore the trails, enjoy weekends communing with nature or participate in active hobbies. That is why every Bronco is convertible with a roll bar, and customers can choose if they prefer to go with an optional removable hardtop or stick with the soft top.

Officially, the 2021 Bronco was released in June, and there are seven trim levels and one special package called Sasquatch. The Sasquatch package includes beefier suspension, detachable sway bars and more aggressive tires for maximum off-road performance.

With a recognizable design that has been a signature feature of Jeeps since World War II, the Jeep Wrangler has been the dominating force in this segment for decades. The current fourth-generation model was introduced in 2018 and marked further refining of the everlasting concept, which has proved to be successful worldwide. For the first time, Jeep engineers listened to the main complaints of customers and paid more attention to interior space, comfort and everyday usability. The new Jeep Wrangler is far more docile and comfortable in daily driving with fine tweaks, engineering tricks, better materials and superior equipment than its predecessors.

The Wrangler is currently offering significantly more engine options than the Bronco. The base engine is a 2.0-liter, four-cylinder turbo with 270 hp, followed by the hybrid version of the same engine called the Wrangler 4XE with 370 hp. A common choice is the well-known 3.6-liter, naturally aspirated V6 unit with 285 hp. Later this year, Jeep will start selling the mighty Wrangler 392, powered with a 6.4-liter Hemi V8, which will deliver 470 hp, making this Jeep a proper hot rod, on- and off-road. For those who want better fuel economy, Jeep is offering a 3.0-liter diesel unit with 260 hp and a 2.2-liter turbo-diesel four-cylinder with 200 hp for export markets (Europe and Asia). As with the Bronco, the Wrangler can be ordered with 8-speed automatic or 6-speed manual transmission.

The Wrangler was the first such model to offer removable doors, roof and a long list of aftermarket components to make it even more capable on the trail. The current generation is no different, and it comes in two versions: two- and four-door models (called the Wrangler Unlimited). Jeep offers one more version, a pickup, but since it’s built on an extended chassis, features unique details and has a different name (Gladiator), we consider it a separate model.

The new Wrangler is available in seven trim levels, starting with the Wrangler Sport and finishing with the Rubicon and Moab packages. The higher the trim level, the better the equipment and off-road capabilities. Interestingly, Jeep is sticking with the live front axle on this model, highly regarded by all extreme off-road fans. On the other hand, the Bronco has independent front suspension, which is better and more comfortable in everyday driving. But the Wrangler has a slight advantage in extreme off-road conditions.

Considering just how much hype the 2021 Ford Bronco is attracting, we can conclude that the SUV market is on the brink of a revolution. Buyers are no longer looking for more comfortable models but returning to the segment’s off-road roots and lusting after rugged and capable SUVs, which once were so common. Both the Wrangler and the Bronco newcomer are at the forefront of this trend, with more manufacturers soon to follow.

However, as impressive as the new Bronco is, we have to say that the Wrangler still represents the better all-around model in this class. The Bronco’s advantages are excellent design, equipment options, modern engines and well-balanced suspension. But it still lacks engine choices, a rugged live front axle and robust chassis, which are the main selling points of the Wrangler. Both vehicles start just under the $30,000 base price, which makes them affordable, and both are designed to be customized and personalized with a number of aftermarket details and components.

Ford clearly designed the Bronco to match the Wrangler’s off-road capabilities, construction, design solutions as well as price and trim levels. However, Ford made the Bronco slightly better on the road, aiming for a wider audience. But if you want a true off-road warrior, the Jeep Wrangler is still the king. At least for now.

The New Regulatory Environment for Banking in Digital Assets in Switzerland

South Africa: the Rainbow Nation that Will Deliver...

Dueling Luxury-Sedan Monarchs: the Mercedes-Benz S-Class Versus the...

For Business or Pleasure, Why Private Jet Charters...

The Dubai Property Market in 2020

Haute Homes in the Caribbean

Have Kids, Will Travel to One of Four...

Los Angeles: The Home of Jaw-Dropping Sales in...

And the Winner Is in the Matchup between...