Top Posts
How Technology Is Helping to Solve Global Supply-Chain Issues
UK Inflation Climbs to Fresh 40-Year High
Extended Reality and the Metaverse Are Leading Financial Services into...
Digital Currency: India’s Move Towards a Digital Financial System
Algarve Snapshot: The Growth of Overseas Buyers
Will London Have to Send More Banking Jobs to the...
Home Life Arts & Travel The Lamborghini Aventador SV and the Chevy Camaro Are the Hottest of 2015
Life Arts & Travel 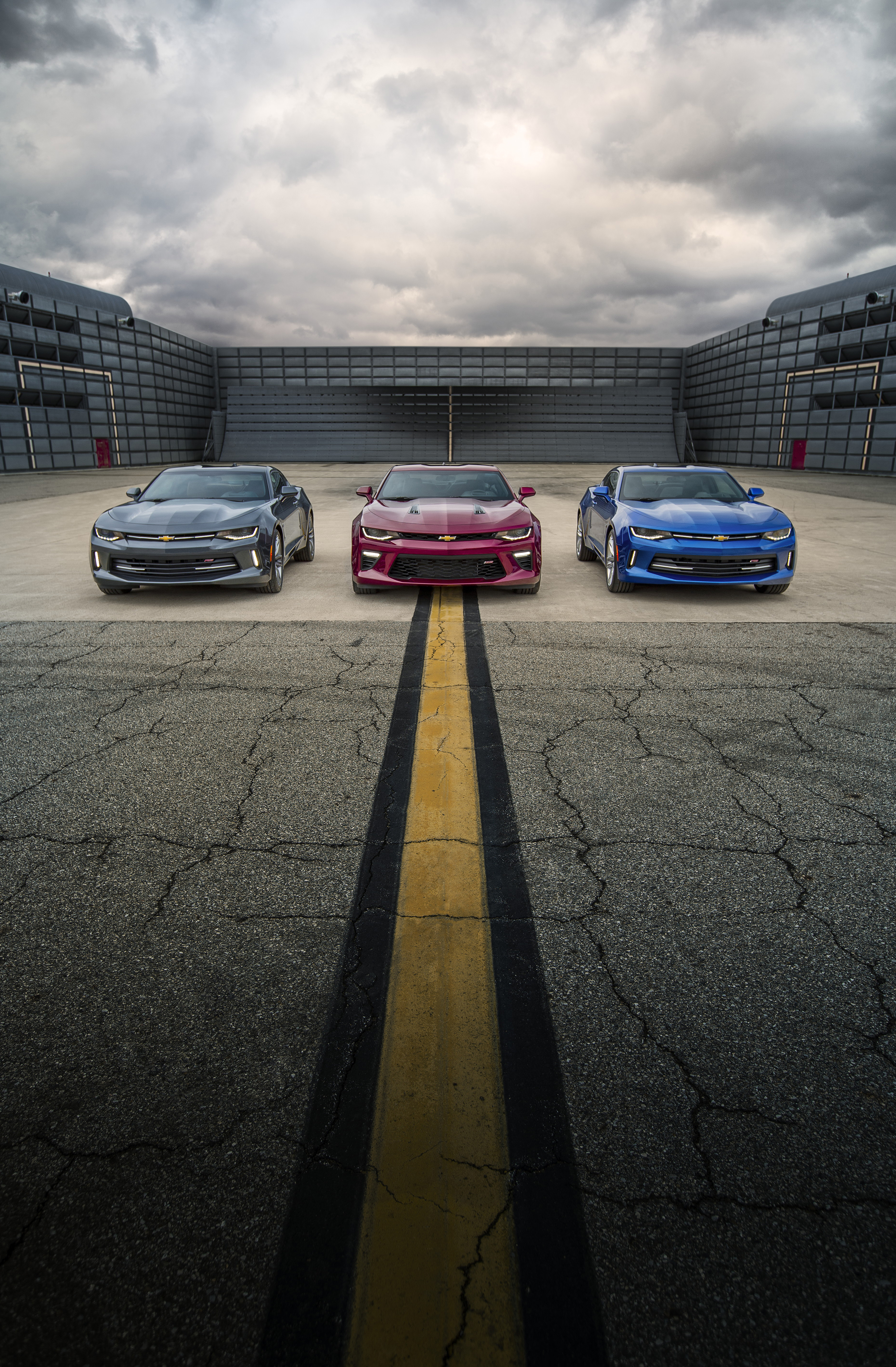 When Ferruccio Lamborghini told Enzo Ferrari that he would build a better sports car than Ferrari ever had, Enzo laughed. He and the Ferrari team laughed for 50 years more, because whatever Lamborghini came up with, Ferrari made the same or something even better. Until now! 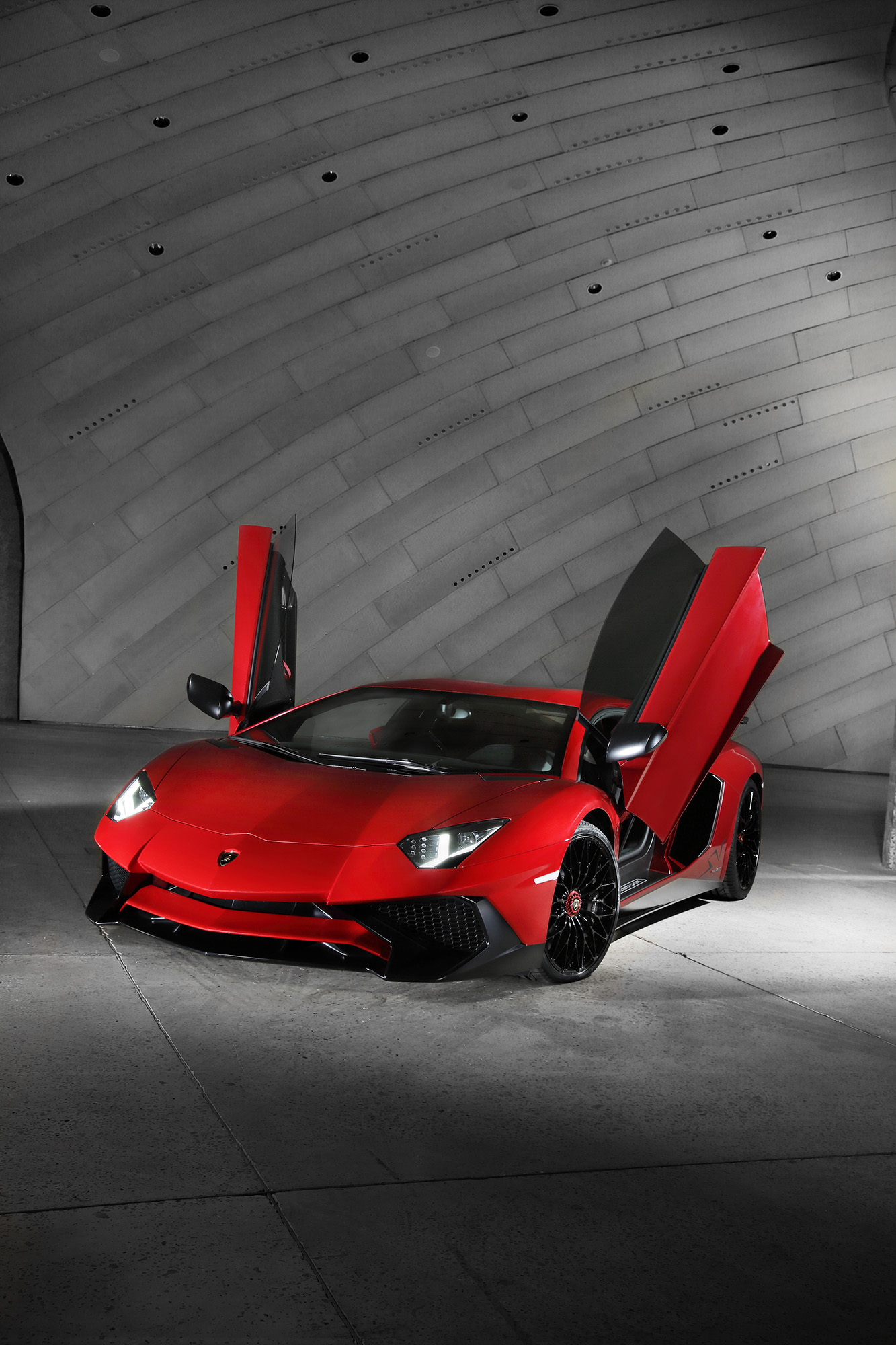 Revealing the Aventador SV LP 750-4, the Italian company, now fully owned by Audi, finally brought to the world something as sinister as the devil, yet as perfect as a German railroad timetable. This is the most powerful and the fiercest Lamborghini ever built. Although the latest Reventon, Sesto Elemento, Veneno or Egoista are wonders on their own, the Aventador SV is something true Lamborghini fans and Ferrari haters really wanted to happen, and it did.

The “normal” Aventador is a piece of engineering never before conceived in Sant’ Agata Bolognese. It received an all-new V12 engine—the first in 50 years; it was properly developed by people who have so much money that they’ll invest 80 billion US dollars in new technologies, factories and more in the next five years (Volkswagen Group), and it is perfected on the most demanding proving ground of them all: the Nurburgring.

No wonder it does so well regardless of its price and focused market niche. Now, taking an already magnificent car and making it better requires a few things. First, a goal; second, people willing to go the extra mile to reach that goal; and third, drivers capable enough to use all that the new car can give. Lamborghini had it all, and the creation started. The weight had to be slashed a bit. The diet included the removal of all the unnecessary elements from the car, including some of the sound insulation (welcomed by anyone who buys this thing). Also, a whole new aerodynamic body kit has been created using high-end carbon fiber. It added a bit of muscle, but it’s very lightweight, so Aventador actually lost a few pounds despite receiving heftier aerodynamic elements.

Exceptionally lightweight elements were integrated in such a way that they provide much higher downforce in comparison with anything done by Lamborghini before. Officially, the downforce has been improved by 170 percent. There is so much of it that at certain speeds the car could theoretically travel upside down with tires stuck to the ceiling. This is how the aerodynamics have to be done on poster cars like this.

Additional changes include the suspension tweaks with the installation of features such as magnetorheological shock absorbers, a variable-ratio steering rack and carbon-ceramic brakes. The most important addition is the magnetorheological shock absorbers. Basically, these can adjust the stiffness and other characteristics so fast that the Aventador SV remains glued to the road no matter what.

As the final modification, we have to praise the engine. Enormous, naturally aspirated V12 with 6.5 liters of capacity has been upgraded with the integration of the new exhaust, intake manifold and reprogrammed variable valve-timing system. This way the limiter was moved to a hideous 8,500 rpm, while the power surged to 750 HP. This is more than the Ferrari F12berlinetta V12 can offer, and that is what counts.

However, sheer power numbers aren’t something that excites very much, but a Nurburgring run in less than seven minutes surely can. Ladies and gentleman, this is the first Lamborghini and the second production car of all times that lapped the Green Hell in less than seven minutes. The only thing faster than this out there is the Porsche 918 Spyder, and that is a Hypercar. We guess that the LaFerrari and the P1 could be faster, but neither of them took on the ‘Ring. The Aventador SV finished the lap in 6 minutes 59.73 seconds, thus proving its Ferrari-beating characteristics. No other Ferrari except the LaFerrari could do this, and that one costs at least twice the money.

While the world stared in amazement with eyes fixed on the creation from Sant’ Agata Bolognese that only 600 people will be able to buy, in another part of the world, one of the world’s biggest companies prepared for the revealing of a car called the Camaro. Although the Aventador SV and the Camaro are as different in car terms as communism and democracy in ideology, both cars represent the need of people for machines that excite them. The Camaro is made for the masses. More than 500,000 units of the last generation were sold, and the new one will continue the path of success laid out by the fifth generation. 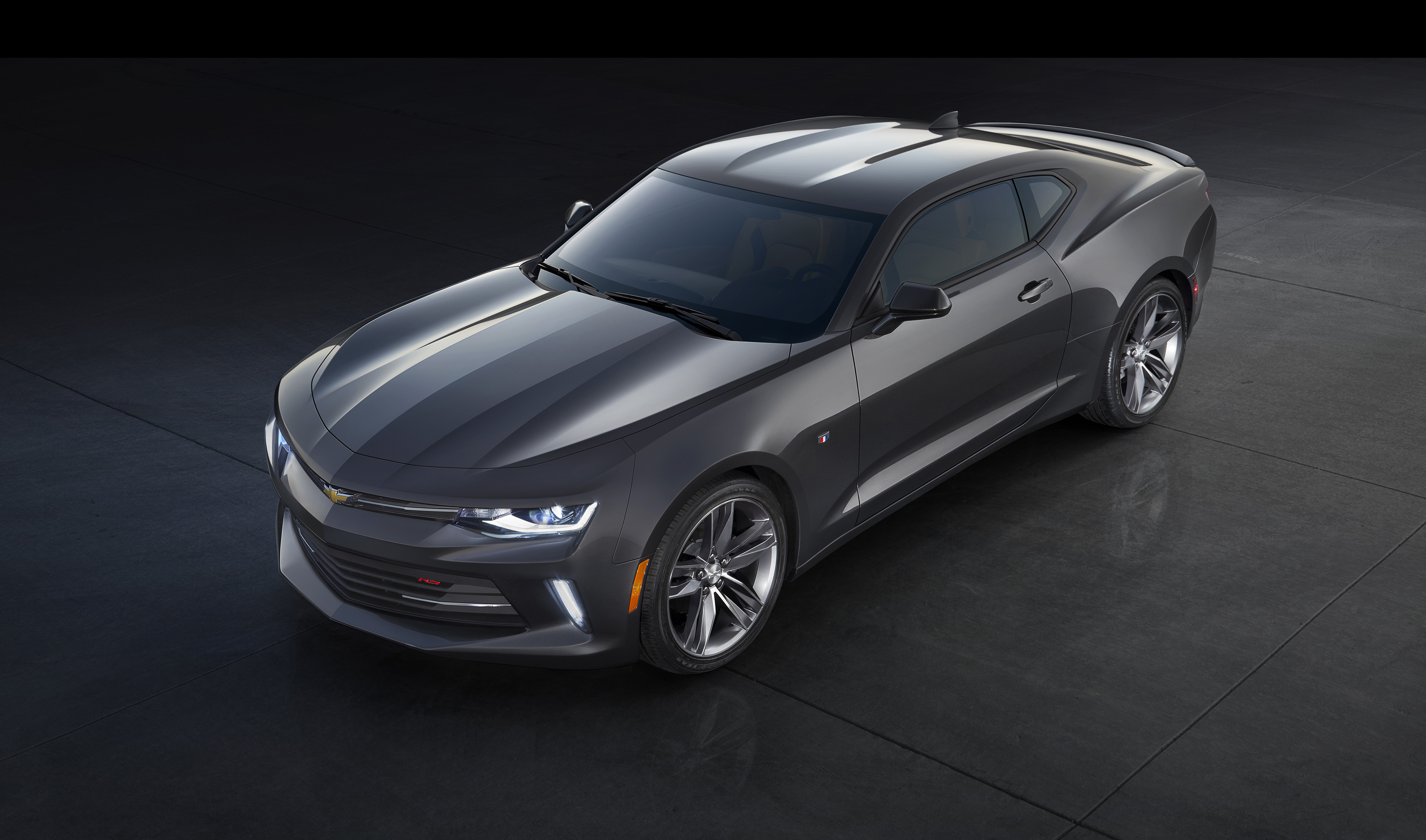 Chevrolet introduced the all-new 2016 Camaro on May 16, 2015. For the first time in the car’s history, it is offered with a turbocharged engine – a new 2.0L turbo producing an estimated 270 horsepower and delivering an estimated 30 mpg highway.

The new car, although not so different visually than before, packs much more advanced tech underneath than the car it replaces. More importantly, or rather surprisingly, the Camaro is two inches shorter, one inch lower and one inch narrower. The new dimensions mean it has a bit less weight than before, but thanks to some smartly done interior tweaks, General Motors reports its cabin is roomier and more appealing than on any of the previous generation cars. Really, the look of the inside is clearly a true Camaro, but Chevrolet succeeded in making it look and feel much more upscale than before. They’ve even thought of a new way of controlling the air conditioning, thus additionally clearing up the central console of unnecessary buttons. Although the cosmetic changes were profound, one change made under the bonnet made this Camaro rather unsettling. Chevrolet installed a Cadillac-sourced two-liter turbocharged four-banger under the bonnet. Yes, aside from the Ford Mustang EcoBoost, the Camaro 2.0T is the only muscle car of today powered by a four-cylinder engine. 275 HP and 295 pound-foot of torque are, however, enough to make the new, smaller, lighter, more nimble Camaro a much better curve hunter than anyone from before.

Don’t, however, think for a minute that Chevy forgot about all that the Camaro stands for. The naturally aspirated 3.6-liter V6 is newly developed for people who want an old-school, entry-level muscle car. With 335 HP and 284 pound-foot of torque, a car powered with this engine isn’t exactly much faster than the one with the T at the back.

Finally, the top of the range Camaro SS received all that we wanted it to receive. A 6.2-liter engine directly sourced from the ‘Vette develops 455 HP and 455 pound-foot of torque, and it is able to propel the car to 60 MPH in just over four seconds. Any of the cars available can be had with either eight-speed automatic or six-speed manual (with rev-matching tech like in the Stingray).The suspension and the chassis follow the path of modernism. The Camaro is about 200 pounds lighter than before, and it received a newly developed front and back chassis with the rear being independently suspended. This means that with the proper brakes and General Motor’s Magnetic Ride Control (first ever on a Camaro), the new pony car will be as capable as European large coupes. That is really what Chevy wanted to achieve, and it seems that it has.

All in all, the first half of this year saw two very unique and very important enthusiast cars making their appearances. Although these cars are incomparable in any logical way, it is obvious that both feature the appeal and the heritage every true gearhead can appreciate.

Is It Time for MDBs to Get Out of Trade Finance?

The Banking Outlook for Vietnam

why do a lamborghini go faster than a camaro