Top Posts
Commodities Outlook for 2023
The Value of Cash in a Time of Crisis: How...
The US-Africa Leaders Summit: Fostering a Closer Relationship with the...
Three Key Sectors in Which to Invest in 2023
Three Key Stocks in Which to Invest in 2023
Liquidity Management: A New Challenge for Banks
Home Life Arts & Travel The Lotus Evija and the Pininfarina Battista Lead the World into a Fast and Brave but Characterless Future
Life Arts & Travel 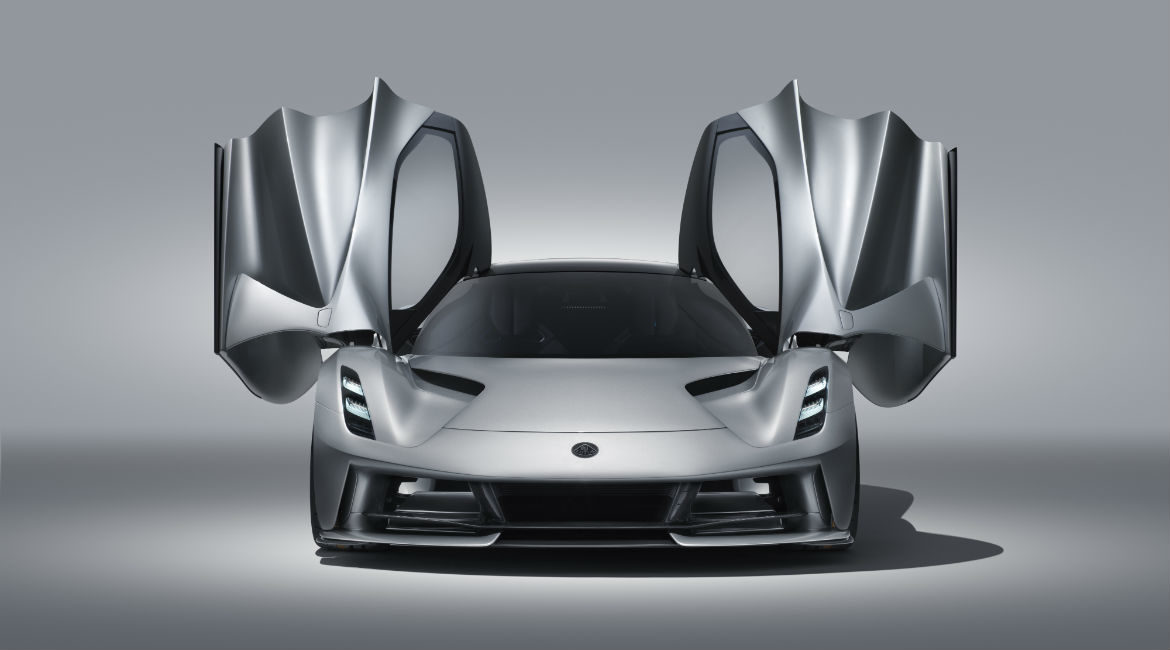 In a remote world of futurism marked by simplicity and creativity and unburdened by any limits, two electric sports cars exist: the Lotus Evija and the Pininfarina Battista. As the most extreme interpretations of the electric-car ethos, the Evija and the Battista focus solely on speed, performance and electric radicalism.

Unfortunately, equally fictional as well. Yes, both exist in physical form, but the performance numbers I am about to expose are still only claimed, not achieved! And I am not sure if they can be achieved at all.

How do the Evija and the Battista compare to each other?

While they do look completely different, the Evija and the Battista share a few fundamental similarities that, rather concerningly, showcase the somewhat unified future of electric cars. The similarities between the two start with layout, number of electric motors, performance, price and exclusivity.

First of all, the Evija and the Battista each have a carbon-fiber monocoque chassis. Everything else submits to it. The shape of the monocoque tub decides the space in the cabin, safety crumple zones made from aluminum in front and behind it, and it even dictates the shape of the battery pack.

Unlike in the Pininfarina Battista, with its 120-kilowatt battery pack that stretches from behind the seats and protrudes into the central part of the cabin forming a sort of T-shape, the 70-kilowatt battery pack in the Lotus Evija is located completely behind the seats. I have a feeling that Rimac Automobili, battery and technology supplier for Pininfarina, would integrate the battery pack behind the seats as well—if it weren’t for that additional 50 kilowatts of capacity. Nevertheless, these electric hyper-cars show us something interesting. In a decade or two, we will not discuss the ICE (internal-combustion engine) placement or the complexities involved in lowering the center of gravity. Instead, we will talk about the number of electric motors, installation of the battery (it is a massive thing), suspension, brakes, weight and shape of the car. The times are changing. 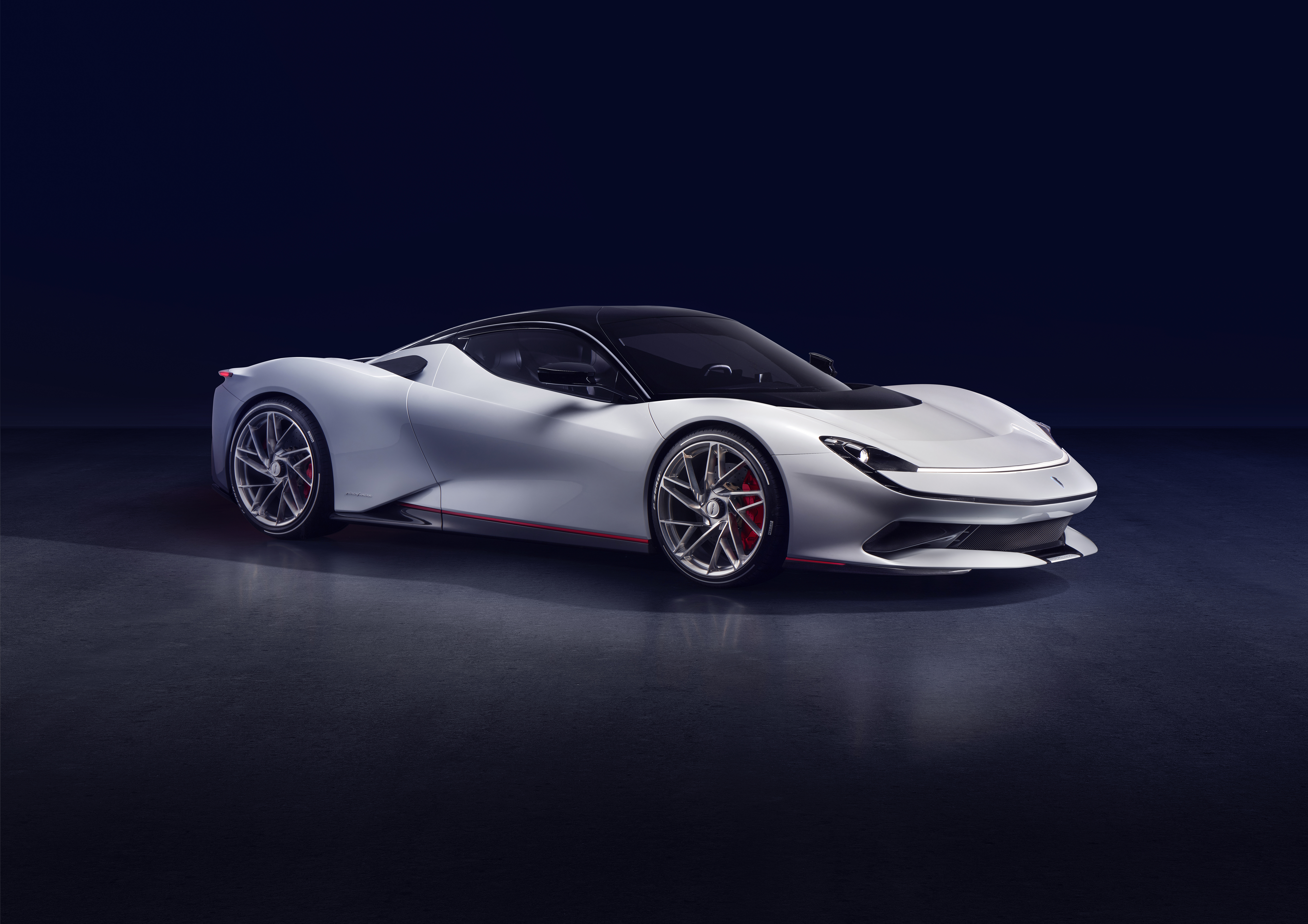 While at that, let me tell you yet another disturbing fact about these two cars. The Lotus Evija and the Pininfarina Battista both have four motors—one for each wheel. This does give several benefits over any internal-combustion system. The software in the Evija and the Battista actually manage applied torque to each wheel in real-time. If you find yourself needing power on, say, the front left wheel because that is the only one that has sufficient grip, then you are in luck. Either the Evija or the Battista can provide power to that wheel only. In the case of the Evija, each of the four engines disposes of a freaking 500 horsepower. For your information, that’s more than what you get from a 6.2-liter V-8 in the newest Corvette C8. And then, there’re four of them. I know! Crazy.

With four 500-horsepower electric motors, the Evija becomes the most powerful production car on earth. The Battista isn’t far behind. Its four motors develop 1,900 horsepower, and in this case, the power difference is only 5 percent. I mean, think about it. We’ve come to a time and place where a 5-percent power difference between the propulsion systems of two cars equals 100 horsepower.

The ferocity of the motors, coupled with instant torque (1,253 pound-feet for the Evija and 1,696 pound-feet for the Battista), created a whole other problem for Lotus and Pininfarina. I honestly can’t see how road tires can transfer all of this power to the ground. The Bugatti Chiron already reached the limits of road tires with its 1,479-horsepower ICE. 500 horsepower at each wheel does seem unmanageable. Lotus and Pininfarina did create some solutions that limit the power delivery to the wheels at lower speeds. They had to. Even then, the 3,700 pounds that Evija and 4,300+ pounds that Battista can achieve produces staggering performance.

If you have zoomed through the table I’ve prepared for you, you can see the problems that Lotus and Pininfarina share when it comes to tire technology. 21-inch Pirelli P Zero Corsa on the Battista and 20/21-inch Pirelli P Zero Trofeo Rs on the Evija do try to handle this surge of insanity. I could not tell you if they can do it because I have not driven either car. What I can say to you, however, is that the Rimac Concept_One and the Rimac Concept Two (the basis for the Pininfarina Battista) showed that tires can handle a lot. These electric monsters manage speed in a way that puts shame on the faces of people driving the Ferrari LaFerrari, Porsche 918 Spyder and the McLaren P1. The Evija and the Battista are a few steps above all that, however.

However you cut it, the biggest concern about electric cars is lack of the proper recharging infrastructure and the short cruise range. Pininfarina, with help from its parent company, Volkswagen, does try to mitigate some of the issues by introducing a fast-charging setup. It can recharge a Pininfarina battery up to 80 percent in 30 minutes. Geely, the Chinese owner of Lotus, on the other hand, formed an 850-kilowatt recharging system that can recharge Williams Advanced Engineering batteries in only a few minutes. The problem is that there’s only one such charger in the United Kingdom. In Kent!

Nevertheless, you can recharge your Evija and Battista on basically any charger you reach. The only thing is, it will take a while, especially with the 120-kilowatt batteries in the Battista.

The Lotus Evija and the Pininfarina Battista represent for electric cars what the LaFerrari, 918 Spyder and the P1 represented five years ago for ICEs and hybrids—possibilities beyond our wildest dreams. The speed is there, recharging times are down once again, and even the styles look promising. However, I am afraid that there will not be enough mechanical differentiation between electric cars or electric supercars in the future. Branding will become tougher, sales pitches distorted, and automotive character wholly shattered.

Nevertheless, we will go faster than ever in characterless electric missiles without sound and without smell.

World-Class Luxury Wellness Retreats for the Most Indulgent, Life-Changing “Me-Time”